Here are 25 Interesting Facts About Star Wars: Episode III – Revenge of the Sith (2005).

1-5 Interesting Facts About Revenge of the Sith 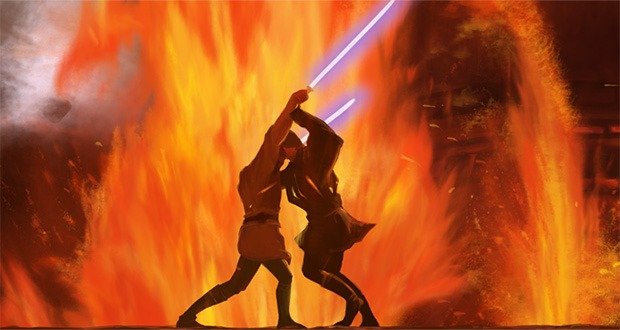 1. The volcanic world of Mustafar was designed to look like George Lucas’ vision of hell.

2. The images of the volcanic eruption on Mustafar was real footage of Mt. Etna in Italy which was erupting at the time of production.

3. Originally, a young Han Solo was going to make an appearance in the film, living among the Wookies on Kashyyyk.

4. The original cut of the film ran nearly four hours. The opening battle/Palpatine rescue alone ran over an hour.

5. In the battle duel scene with Count Dooku, the imprisoned Palpatine originally had more dialog which he was to shout at Anakin. One of his lines pertained to Star Wars: Episode II – Attack of the Clones (2002) in which Palpatine exposed Dooku as paying the Tusken Raiders to kidnap, torture and kill Shmi Skywalker.

6-10 Interesting Facts About Revenge of the Sith 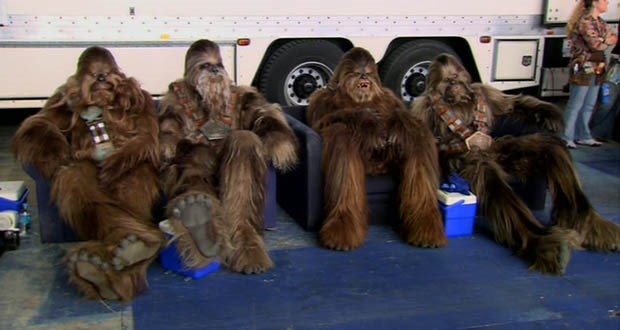 6. The Wookiee costumes from this film sport a new arterial system that pumped ice cold water to help cool down the actor wearing the suit.

7. Liam Neeson has said that he recorded a cameo as Qui-Gonn Jinn, which was to feature in a scene with Yoda, further explaining the concept of a Jedi communicating from beyond the grave. In the script, the dialog (in which Qui-Gonn is heard, not seen) appeared in the scene in which Yoda is meditating on the secret asteroid base, just before Bail Organa informs him of Obi-Wan’s return with Padme. The scene does not appear in the deleted scenes section of the DVD, however an unfinished version was included in the Blu Ray Release Box Set.

8. The subtitle “Revenge of the Sith” is a play on the working subtitle for Star Wars: Episode VI – Return of the Jedi (1983), “Revenge of the Jedi”. For episode VI, that title was abandoned because George Lucas determined that revenge was not a suitable attitude for a Jedi. Since this film, however, is about the triumph of the Sith, “revenge” is entirely appropriate.

9. The film’s final shot is meant to mirror the famous shot of Luke Skywalker in Star Wars: Episode IV – A New Hope (1977) when he looked out on the two sunsets. It is the only shot of the film kept in wide screen format on the pan and scan DVD release.

10. In the opening sequence when the second Separatist ship is destroyed, a piece of debris flies into the Clone Star destroyer that shot it. That piece of debris is a Kitchen Sink. It was put in there by ILM as a joke from someone saying, “We’re throwing everything in the sequence but the kitchen sink.”

11-15 Interesting Facts About Revenge of the Sith 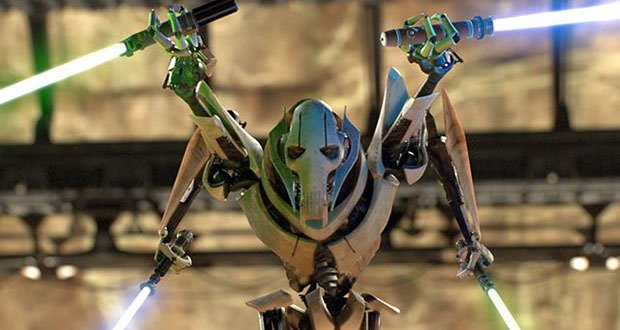 11. One of the early concepts for General Grievous was a small child sitting on a floating chair, guarded by two IG88 droids from Star Wars: Episode V – The Empire Strikes Back (1980). George Lucas rejected this look as a child would not be taken seriously as the deadliest hand to hand fighter the galaxy has seen, which is how he wanted Grievous to be portrayed. Instead, part of the final look for General Grievous’ face was inspired by the shape of a bathroom detergent spray nozzle.

13. In 2007, Dr. Eric Bui, a psychiatrist in Toulouse, France, co-wrote a study that diagnosed Anakin Skywalker as having borderline personality disorder. When the authors reported their findings at the annual meeting of the American Psychiatric Association they stated that Skywalker fit the diagnosis criteria: difficulty controlling anger, stress-related breaks with reality, impulsivity, obsession with abandonment and a “pattern of unstable and intense interpersonal relationships characterized by alternating between extremes of ideation and devaluation.”

14. For some shots during the birth scene, the infant Luke and Leia are portrayed by an animatronic puppet. As this puppet was operated by Ewan McGregor, the cast jokingly referred to it as “Foamy-Wan Kenobi.”

15. Ewan McGregor apparently asked if he could also play one of the Emperor’s red-robed Imperial Guards. However it’s not known whether he did or not.

16-20 Interesting Facts About Revenge of the Sith 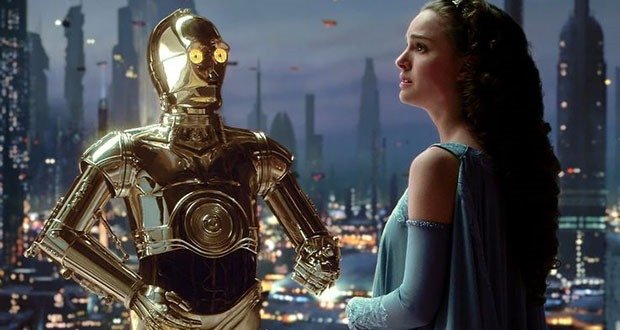 16. All shots of C-3PO had the entire green screen set reflecting in his shiny gold armor, so digital effects artists in post-production had to digitally repaint C-3PO’s armor frame by frame to remove any traces of the set.

17. The scene of Vader and Obi-Wan using the “force push” on each other and knocking each other back originally had a force field graphic effect added, but George Lucas was not satisfied with its inclusion, thus the final shot did not have this effect added.

18. General Grievous’ breathing problems in this film, as well as his exposed gut-sack (later exploited by Obi Wan) are caused by his brief encounter with Mace Windu in Star Wars: Clone Wars (2003). Mace Windu “force-gripped” Grievous as the General was making off with Palpatine, crushing the cyborg’s chest panel. However, in Star Wars: The Clone Wars (2008) Grievous is seen to have always had breathing problems prior to this.

19. The battle with Wookiees dates back to the earliest screenplays of Star Wars: Episode IV – A New Hope (1977). Originally, the Wookiees were supposed to help the Rebels conquer an Imperial bunker. This idea was the basis for the Battle of Endor in Star Wars: Episode VI – Return of the Jedi (1983), but instead of using Wookiees, George Lucas decided to use a smaller furry race and call them Ewoks.

20. Apart from providing the voice of R2D2 and the heavy breathing of Darth Vader, which he has done since Star Wars: Episode IV – A New Hope (1977), Ben Burtt provided the voices for every Battle Droid, Super Battle Droid and Buzz Droid in Revenge of the Sith.

21-25 Interesting Facts About Revenge of the Sith 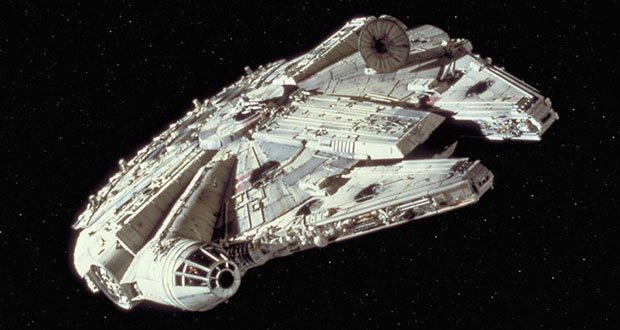 21. After the opening battle, as the transport lands at the senate building in the bottom right-hand corner of the screen the Millennium Falcon (or a ship of similar model, Corellian Engineering Corporation YT series YT-1300 Transport) can be seen landing. In the Expanded Universe Star Wars story outside the movies, the YT-1300 has been confirmed as the Millenium Falcon, then named Stellar Envoy, long before Han Solo owned it.

22. The Darth Vader mask for this film was rebuilt from scratch, using a new digital design to computer-lathe the base master, from which molds were made to cast the on-screen costume masks. The resulting masks are, for the first time in Star Wars history, truly symmetrical.

23. Gary Oldman had agreed to be the voice of General Grievous, but pulled out of the film because it was being made using actors who are not part of the Screen Actor’s Guild, of which Oldman is a member. The role was read by Duncan Young on set, and finally voiced by Matthew Wood, who, being a Lucasfilm employee, submitted his reading under the name of Alan Smithee.

24. The opening shot of the film lasts 76 seconds after the disappearance of the opening crawl, the longest of any Star Wars film.

25. A process of applying chrome to rubber was developed during production, allowing lightsaber hilts to be made of rubber and used in stunts without hurting the actors.