1-5 Interesting Facts About The Dark Knight 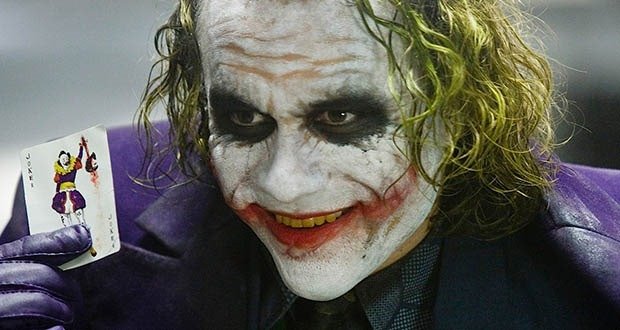 1. In Sir Michael Caine’s opinion, Heath Ledger beat the odds and topped Jack Nicholson’s Joker from Batman (1989): “Jack was like a clown figure, benign but wicked, maybe a killer old uncle. He could be funny and make you laugh. Heath’s gone in a completely different direction to Jack, he’s like a really scary psychopath. He’s a lovely guy and his Joker is going to be a hell of a revelation in this picture.” Caine bases this belief on a scene where the Joker pays a visit to Bruce Wayne’s penthouse. He’d never met Ledger before, so when Ledger arrived and performed he gave Caine such a fright he forgot his lines.

2. Heath Ledger’s sudden death on January 22, 2008 prompted immediate speculation over the film’s state. Soon after Ledger’s tragic passing was announced, Warner Bros. Pictures issued a statement that verified that Ledger had finished all of his scenes in principal photography, as well as post-production fulfillments (i.e., looping), thus making The Joker his final, completed film role.

3. Heath Ledger designed the Joker make-up himself, using white clown makeup and cosmetics from a drugstore, reasoning that since the Joker himself would design and apply it, Ledger should do so as well. Once his design was approved, the makeup team was responsible for replicating the look each day for filming.

4. In preparation for his role as The Joker, Heath Ledger hid away in a motel room for about six weeks. During this extended stay of seclusion, Ledger delved deep into the psychology of the character. He devoted himself to developing The Joker’s every tic, namely the voice and that sadistic-sounding laugh (for the voice, Ledger’s goal was to create a tone that didn’t echo the work Jack Nicholson did in his 1989 performance as the Joker). Ledger’s interpretation of The Joker’s appearance was primarily based on the chaotic, disheveled look of punk rocker Sid Vicious combined with the psychotic mannerisms of Malcolm McDowell’s character, Alex De Large, from A Clockwork Orange (1971).

5. Heath Ledger directed both homemade videos that the Joker sends to GCN himself. The first video involving the fake Batman was done under Nolan’s supervision. Nolan thought Ledger had done so well with that sequence, he felt there was no need for him to be there when it came time to film the scene where reporter Mike Engel reads the Joker’s statement. He put his trust in Ledger and let him do whatever he wanted, ultimately pleased with the result after he’d seen the outcome.

6-10 Interesting Facts About The Dark Knight 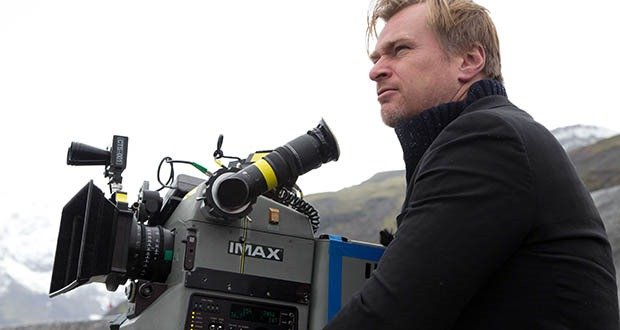 6. While filming the chase scene with the Joker and the SWAT vans, one of only four IMAX cameras in the world at that time was destroyed.

7. While the movie was filming a chase scene on Lake Street, the Chicago Police Department received several calls from concerned citizens stating that the police were involved in a vehicle pursuit with a dark vehicle of unknown make or model.

8. Trouble arose during a PR campaign before the movie’s release, when a website related to the film sent out several cakes purportedly from The Joker, containing a cell phone inside which made the cake vibrate, and had wires sticking out, making the cake look like a bomb. One such news station which received one of the cakes, believed it to be an actual terrorist act, and the entire building had to be evacuated.

9. Blood is only ever seen three times on-screen: on the face of the civilian Batman that the Joker hangs, on Harvey’s pillow in the hospital, and on Batman’s arm due to the dog attacking him; most of the violence either occurs off-screen or is obscured by camera angles.

10. Heath Ledger posthumously won a total of 32 Best Supporting Actor awards for his work on this film, including the Oscar, Golden Globe, BAFTA, SAG and Critics’ Choice award.

11-15 Interesting Facts About The Dark Knight 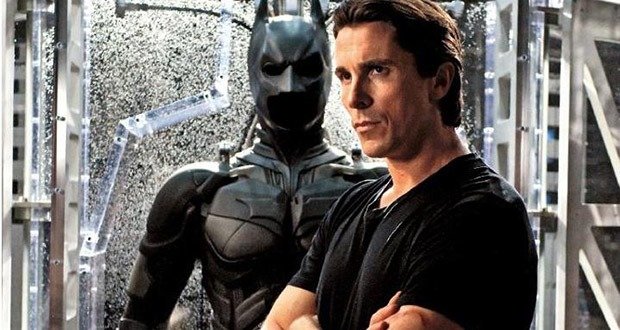 11. Bruce Wayne wears a new Batsuit in the film. This Batsuit was an improvement on the outfit from Batman Begins (2005), and made Christian Bale more comfortable and agile in his performance. It was constructed from 200 unique pieces of rubber, fiberglass, metallic mesh, and nylon (producing an impression of sophisticated technology), with elastic banding added for tightening the costume to fit Bale. The gauntlets had their razors made retractable and able to be fired. The suit’s cowl was based on a motorcycle helmet and separated from the neck piece, allowing Bale to move his head left/right/up/down, and comes equipped with white eye lenses for when Batman turns on Bat-sonar.

12. The infamous growl performed by Christian Bale was much rougher in this film than Batman Begins (2005) and has been parodied countless times due to its extreme nature, however the common misconception is that Christian Bale was fully responsible for this voice. The real voice during filming was more toned down and then heightened to a rougher, grittier vibe during post-production under the decision of director Christopher Nolan.

13. Bruce Wayne drives a Lamborghini Murcielago in the movie. The Spanish word for “bat” is “murciélago”.

14. Many believe that one of the key reasons why the Academy moved from five Best Picture nominations to 10 was because two of the best received films of the year – The Dark Knight (2008) and WALL·E (2008) – were not among the five nominees.

15. The bus crashing backwards into the bank in the opening sequence was much harder to pull off than was anticipated. The bus had to be taken apart and reassembled inside the building (a disused post office), concealed behind a large false wall, and then propelled backwards with an air cannon.

16-20 Interesting Facts About The Dark Knight 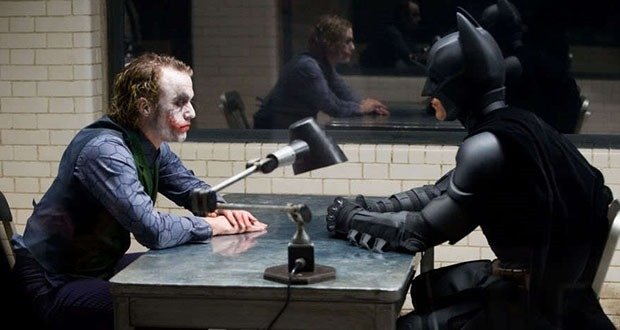 16. In their face to face confrontations, neither Batman nor Joker refer to one another by name.

17. During the chase scene, when the Joker takes over driving the semi after his driver is killed, the bullet holes on the windshield form a smiley face.

18. Even though Christopher Nolan offered her the part, Katie Holmes decided not to reprise her role as Rachel Dawes. Instead, she opted to co-star with Diane Keaton and Queen Latifah in Mad Money (2008) that same year.

19. Christian Bale admitted he did not pack on as much muscle weight for this film as he did for Batman Begins (2005), in part due to keeping with the new Batsuit design, which is leaner and more flexible.

20. Bruce Wayne’s penthouse was actually shot on the ground floor of an office building in downtown Chicago. During the daytime the same exact space was re-dressed and used for Harvey Dent’s press conference scenes.

21-25 Interesting Facts About The Dark Knight 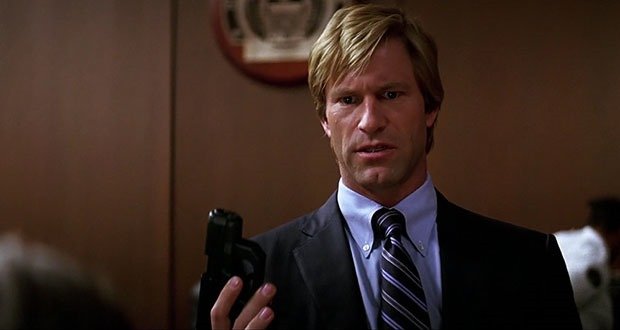 21. When Harvey Dent disarms the witness in court, he removes the magazine and holds it in his little finger. This is actually the correct procedure for emergency reloads and correcting malfunctions.

22. 39 vehicles are crashed, shot, blown up, bumped, or otherwise involved in some sort of violence in this film.

23. This was the first comic book movie to reach the $1 billion mark.

24. In the film, Bruce asks Lucius Fox for a new Batman suit with a head piece that is ‘easier to look around in’. This is a comical reference to older Batman films in which the actors playing Batman wore a suit that had a solid head piece covering the head, neck and shoulders. This made it impossible for the actors to turn their heads and instead had to turn their entire torso to look at their targets.

25. Heath Ledger kept licking his lips because the way he speaks during his performance requires him to have a moist mouth. Many people say it was a habit of his own beforehand (which it was) however he ensured he did it ‘a lot more to keep his performance consistent’