1-5 Interesting Facts About The Lion King 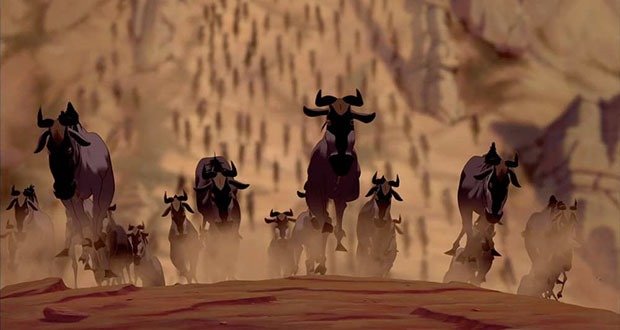 2. Unlike the other lions, Scar’s claws are always displayed throughout the movie.

3. The line, “What do you want me to do, dress in drag and do the hula?” was improvised by Nathan Lane.

4. A few weeks before the film opened, Elton John was given a special screening. Noticing that the film’s love song had been left out, he successfully lobbied to have the song put back in. Later, “Can You Feel the Love Tonight” won him an Academy Award for Best Original Song.

5. The animators were so impressed with Jeremy Irons’ performance that they worked Irons’ features into Scar’s face.

6-10 Interesting Facts About The Lion King 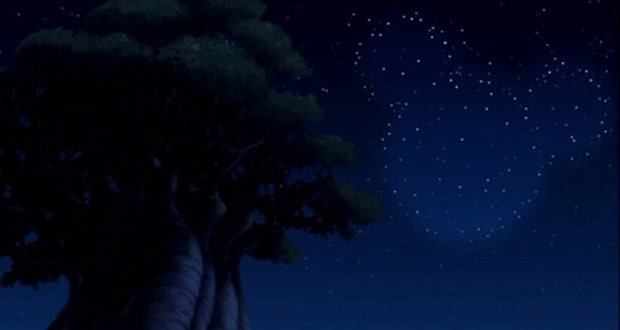 6. HIDDEN MICKEY: One of the bugs that Timon pulls out of a knothole during Hakuna Matata is wearing Mickey Mouse ears. When Mufasa tells Simba about the Great Kings of the Past if you look at the stars in the wide shot you can see Mickey Mouse.

7. Several character names are based on Swahili words: Simba – lion; Sarabi – mirage; Rafiki – friend; Pumbaa – simpleton/weak-minded; Shenzi – barbarous/uncouth/uncivilized/savage; Banzai – skulk/lurk. Nala is often said to mean ‘gift’, but this is not the case (the Swahili for gift is zawadi). Mufasa is a proper name, reportedly the name of the last king of the Bagada people, who were dispersed during the English colonization of Kenya.

8. The team working on the movie was supposedly Disney’s “team B”, who were “kept busy’ while “team A” worked on Pocahontas (1995), on which the production had much higher hopes. As it turned out, ‘The Lion King’ became a huge critical and commercial success, whereas ‘Pocahontas’ met with mixed reviews and a much lower box office.

9. Besides inspirations from William Shakespeare’s Hamlet (1990), the story also has elements of the Osirian family myths of Ancient Egyptian mythology. In the Osirian myths, the king (Mufasa/Osiris) is killed by his jealous brother (Scar/Seth) and the rightful heir (Simba/Horus) is sent into exile as a boy. The murdered king visits and mentors his son in ghostly visits and when the heir comes of age, he returns to exact revenge on his father’s murderer.

10. While recording the scene where Simba gets pinned down by Nala, Jonathan Taylor Thomas was hit on his back to make it sound like he had just gotten the wind knocked out of him.

11-15 Interesting Facts About The Lion King 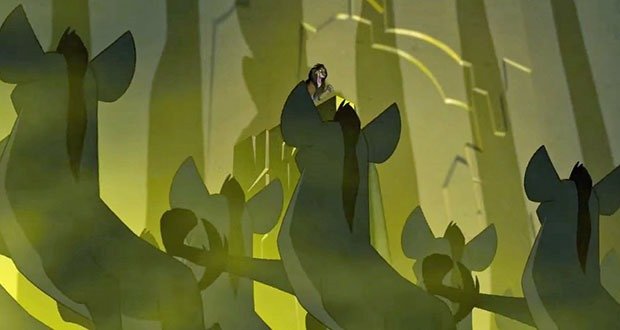 11. During “Be Prepared”, the hyenas’ marching past Scar on the elevated rock was inspired by footage of Nazis marching by Adolf Hitler on a podium.

13. In early drafts, Scar was a rogue lion with no relation to Mufasa. Eventually, however, the story writers thought relating him to Mufasa would be more interesting, a threat within. This is why Scar and Mufasa differ so much; they weren’t originally designed to be related.

14. This is the first Disney cartoon to be dubbed into Zulu for its African release.

15. Several Disney animators went to Africa to study animal behavior and interaction in the wild. A grown lion and a cub were also brought into the animation studio as models for anatomy and musculature.

16-20 Interesting Facts About The Lion King 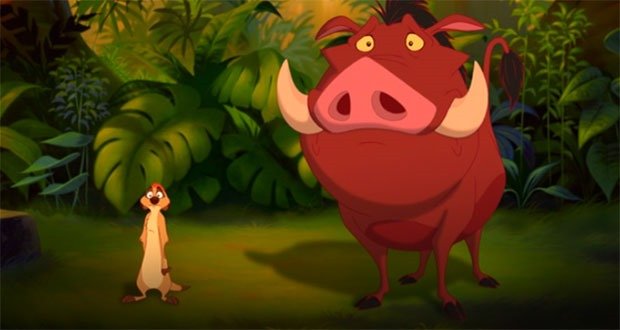 16. Pumbaa the Warthog was the first character in Disney films to exhibit flatulence.

17. In the end of the scene where Mufasa explains to Simba that the stars are old kings, we can see the constellation of Leo (the lion) in the sky.

18. This movie is the best-selling home video of all time, with more than 55 million copies sold to date.

19. Nala’s mother is named Sarafina. The name is never used in the film; however, it does appear in the credits and on pieces of merchandise based on the film, including the trading cards issued at Burger King for a Lion King-based promotion.

20. Until 2013 this movie held the record for being the highest grossing animated film in history, until it was surpassed by Frozen (2013), another Disney movie.

21-25 Interesting Facts About The Lion King 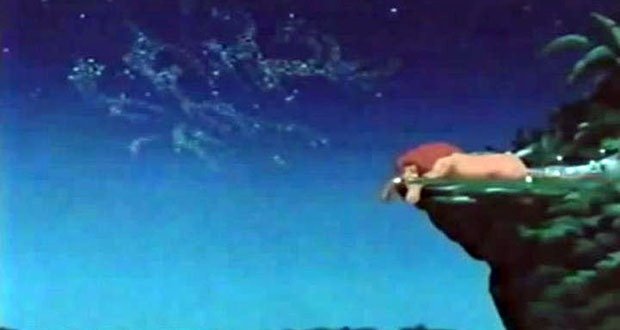 21. There have been rumors that when Simba collapses on the cliff after talking with Timon and Pumbaa about stars, the dust that flies off the cliff forms the letters SEX. In fact it forms the letters SFX, the abbreviation of the special-effects team that worked on that portion of the film. For all subsequent releases more flowers and dust were added to the scene to avoid controversy.

22. Although all of the animals are obviously anthropomorphic in the film, hyenas (as the villainous characters) were most given the short end of the stick from the reality. In fact, spotted hyenas are considered the equal of lions in terms of intelligence and ferocity. They have an equally-intricate social structure and are less likely to kill their own kind than lions (hyena clan matriarchs allow very little intra-species aggression). Also, while hyenas are portrayed as nearly full scavengers, in reality lions scavenge the kills of hyenas as much as (if not more so) than hyenas scavenge lion kills.

23. Nearly twenty minutes of the film were animated at the Disney-MGM Studios. Ultimately, more than 600 artists, animators and technicians contributed to The Lion King over its lengthy production schedule. More than one million drawings were created for the film, including 1,197 hand-painted backgrounds and 119,058 individually colored frames of film.

24. The premiere for the IMAX version of the movie in New York had a strange request on the invitations: “No nannies.” (In other words, “You are more than welcome to bring your children to this movie, but we sent the invitation to you and not to them for a reason.”)