Here are 25 Interesting Facts About The Shawshank Redemption. 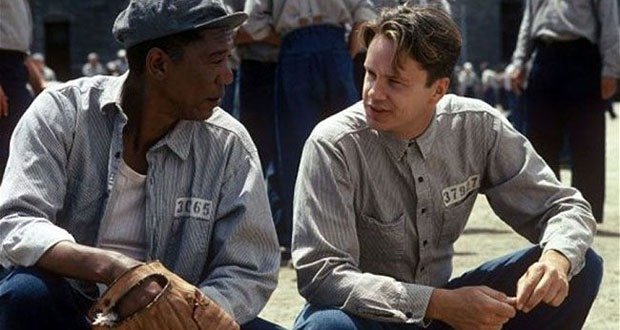 1. Andy and Red’s opening chat in the prison yard – in which Red is pitching a baseball – took 9 hours to shoot. Morgan Freeman pitched that baseball for the entire 9 hours without a word of complaint. He showed up for work the next day with his arm in a sling.

2. In the scene with Andy arriving in the library as Brooks’ assistant while Brooks’ crow Jake is squawking, Tim Robbins had to time his line, “Hey, Jake. Where’s Brooks?”, so that the crow wouldn’t squawk over him since the bird could not be trained to squawk on cue. Robbins was able to adapt to this and time his line perfectly by learning the bird’s squawking patterns, for which Director Frank Darabont praised him. Robbins’ improvisation is noticeable as he watches the bird carefully while approaching it, waiting for it to squawk, and doesn’t begin his line until after it does so.

3. Although a very modest hit in theaters, it became one of the highest grossing video rentals of all time.

4. The mugshots of a young-looking Morgan Freeman that are attached to his parole papers are actually pictures of Morgan’s younger son, Alfonso Freeman. Alfonso also had a cameo in the movie as a con shouting “Fresh fish! Fresh fish today! We’re reeling ‘em in!” (bottom left). A year after Shawshank Alfonso appeared as a Fingerprint Technician in another Morgan Freeman movie: Se7en (1995).

5. Although it is never directly stated in the film, allegedly Brooks is in prison for murdering his wife and daughter after a losing streak at poker. 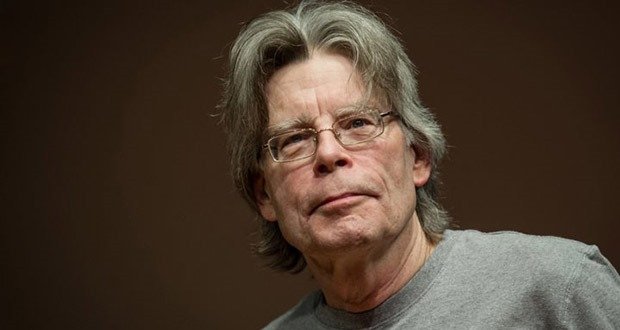 6. Stephen King sold the film rights for his novella “Rita Hayworth and Shawshank Redemption” for $5,000. He never cashed the check. Years after Shawshank came out, the author got the check framed and mailed it back to the director Frank Darabont with a note inscribed: “In case you ever need bail money. Love, Steve.”

7. Tom Hanks, Kevin Costner, Tom Cruise, Nicolas Cage, Johnny Depp and Charlie Sheen were all considered for the part of Andy Dufresne. Hanks turned it down because he was committed to Forrest Gump (1994). Costner liked the script a lot but was then embroiled in the filming of Waterworld (1995).

8. Clint Eastwood, Harrison Ford, Paul Newman and Robert Redford were all considered for the part of Red. In the original novella, Red is a middle-aged Irishman with graying red hair. However, Frank Darabont always had Morgan Freeman in mind for the role because of his authoritative presence, demeanor and deep voice. Darabont alluded to the casting choice by having Red jokingly reply to Andy’s inquiry about his nickname with the line, “Maybe it’s because I’m Irish.”

9. Rob Reiner loved Frank Darabont’s script so much that he offered $2.5 million for the rights to the script so he could direct it. Darabont seriously considered Reiner’s offer but ultimately decided that it was his “chance to do something really great” by directing the movie himself. Reiner wanted Harrison Ford and Tom Cruise to play Red and Andy respectively.

10. The film’s initial gross of $18 million didn’t even cover the cost of its production. It did another $10 million in the wake of its Oscar nominations but the film was still deemed to be a box office flop. 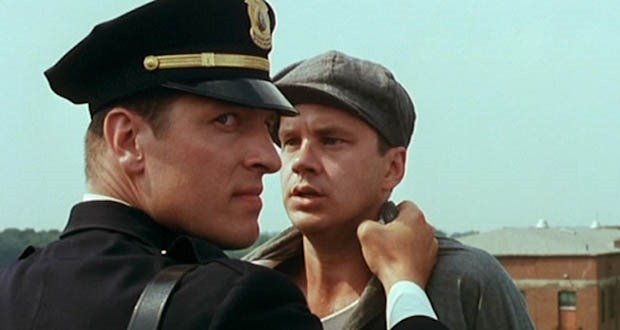 11. Clancy Brown said that he received several offers from real-life corrections officers to work with him to make his portrayal of Captain Hadley more realistic. He turned them all down because Hadley was an evil character and he didn’t want to misrepresent real corrections officers.

12. One of the reasons why they didn’t employ the full title of the Stephen King novella – “Rita Hayworth and Shawshank Redemption” – was because there was a perception in Hollywood that this was actually going to be a biopic of Rita Hayworth. Indeed, Frank Darabont even received solicitations of audition request from several actresses and supermodels and their agents about playing the lead.

13. After the film gained popularity, Ted Turner sold the television rights to TNT, his own network, for much lower than normal for such a big film. Because it is so inexpensive to show, the film is broadcast on TNT extremely often.

14. The American Humane Association monitored the filming of scenes involving Brooks’ crow. During the scene where he fed it a maggot, the AHA objected on the grounds that it was cruel to the maggot, and required that they use a maggot that had died from natural causes. One was found, and the scene was filmed.

15. In the movie Red says “I committed murder.” when Andy asks him what he’s in Shawshank for. The source novella explains in detail: Red is serving three life sentences for murdering his wife, his neighbor’s wife and his neighbor’s son. Red disconnected the brakes on his car in order to kill his wife to collect on an insurance policy, he did not plan on two other people joining his wife for her ill-fated drive. 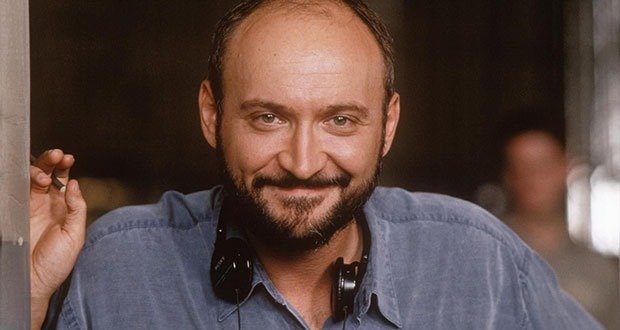 16. In the closeup of Andy’s hands loading the revolver in the opening scenes, the hands are actually those of Frank Darabont. Later in the film, while Andy carves his name into his cell wall (seen twice in the film), Darabont’s hands are used again for the insert shot. These closeups were filmed during post production, notably because Darabont felt that only he could do exactly what he wanted in the closeups.

17. The exteriors were filmed at the defunct Ohio State Reformatory in Mansfield, Ohio. The prison was in such poor condition, renovations had to be made prior to filming. However, most of the interiors were shot on a sound stage, because they determined it would be cheaper to build duplicates of the interiors rather than renovating the interiors of Mansfield.

18. The prison is located in the flightpath of C-130 Hercules aircraft of the 179th Airlift Wing, Ohio Air National Guard, which caused all sorts of sound problems.

19. While Mansfield locals were eager to be extras, many weren’t available during the day due to their jobs or were only available for one day, which obviously wouldn’t work in a prison film. So extras were found at a halfway house, some of them real-life ex-cons.

20. Despite its box office failure, Warner Brothers shipped 320,000 rental copies to US video stores, a figure a spokesman freely admitted was “out of whack” with the film’s performance in the theaters. 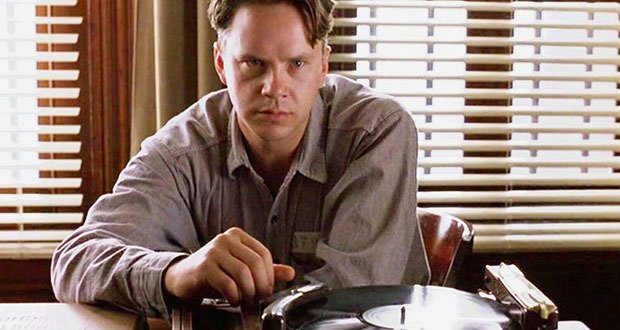 21. The opera song that Andy Dufresne plays over the loud speakers is “Canzonetta sull’aria” from Wolfgang Amadeus Mozart’s “Marriage of Figaro.”

22. Red says he has no idea what the ladies in The Marriage of Figaro are singing about. Actually, they’re composing a letter to the husband of one of them inviting him to an assignation with the other in order to expose his infidelity.

23. The man sitting behind Gil Bellows (Tommy Williams) on the bus is Dennis Baker, a former warden of the Ohio State Reformatory, where the primary filming took place.

24. Shawshank prison is a staple of Stephen King’s writing, most of which is set in Maine. While it only appears in this story, several other books and short stories mention characters who were sentenced to serve time at Shawshank. Shawshank prison is mentioned in another Stephen King movie (Dolores Claiborne (1995)) when Dolores (played by Kathy Bates) yells at her husband that he will do time in Shawshank for (inappropriately) touching his daughter. They only mention the prison, they don’t show the prison.

AskReaders: What was supposed to be “The Next Big Thing” but ended up becoming a flop?