Here are 25 Interesting Facts About The Terminator (1984).

1-5 Interesting Facts About The Terminator 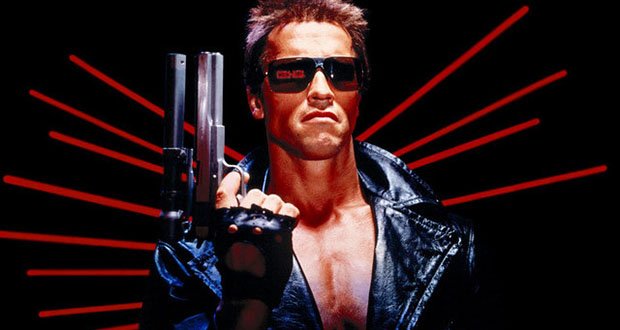 1. Arnold Schwarzenegger worked with guns everyday for a month to prepare for the role; the first two weeks of filming he practiced weapons stripping and reassembly blindfolded until the motions were automatic, like a machine. He spent hours at the shooting range, practicing with different weapons without blinking or looking at them when reloading or cocking; he also had to be ambidextrous. He practiced different moves up to 50 times.

2. The beginning of production was postponed for nine months, due to Arnold Schwarzenegger’s commitment to Conan the Destroyer (1984). During this time, James Cameron wanted to be working but didn’t have the time to do a whole other film so he took on a writing assignment; this turned out to be Aliens (1986).

3. Near the beginning of the movie, when Sarah Connor (Linda Hamilton) receives a message on her answering machine breaking her date, the voice on the machine is James Cameron’s. Years later, Hamilton and Cameron got married and subsequently divorced.

4. One afternoon during a break in filming, Arnold Schwarzenegger went into a restaurant in downtown L.A. to get some lunch and realized all too late that he was still in Terminator makeup with a missing eye, exposed jawbone and burned flesh.

5. O.J. Simpson was considered for the Terminator, but the producers feared he was “too nice” to be taken seriously as a cold-blooded killer. In 1990 (before Simpson’s first trial) Dark Horse Comics printed issues using his likeness.

6-10 Interesting Facts About The Terminator 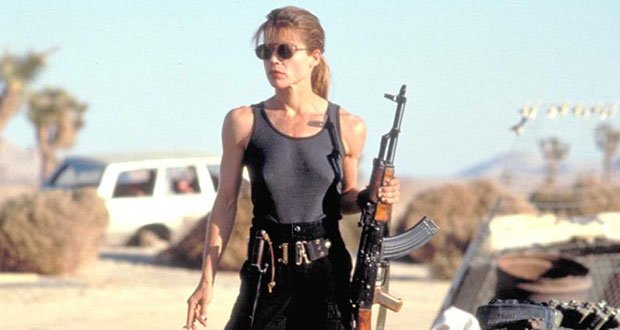 6. Arnold Schwarzenegger tried to avoid Linda Hamilton and Michael Biehn as much as possible since the Terminator was trying to kill them, not form connections.

7. The initial draft for the movie was sold to James Cameron’s wife, Gale Anne Hurd for the price of $1 only.

8. The future terminator who infiltrates the human camp in the dream sequence is played by Franco Columbu, who is a multiple Mr. Olympia title winner like Arnold Schwarzenegger and is a close friend of his.

9. Arnold Schwarzenegger’s famous debut line “I’ll be back” was originally scripted as “I’ll come back.”

11-15 Interesting Facts About The Terminator 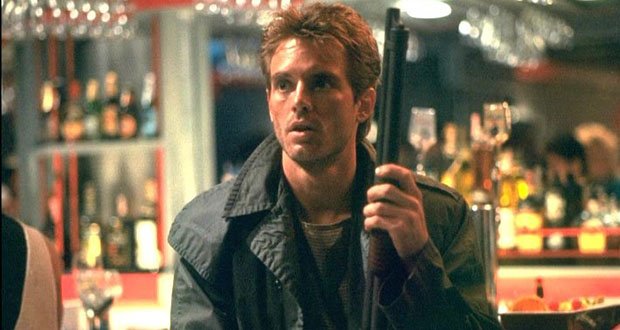 11. Michael Biehn almost didn’t get the role of Kyle Reese because in his first audition he spoke in a Southern accent as a result of working on a part for a stage production of “Cat on a Hot Tin Roof” (he didn’t get the role), and the producers didn’t want Reese to seem regionalized. After a talk with Biehn’s agent, the producers called Biehn back for another audition and he got the part.

12. The revolver Reese carries after the police station massacre and gives to Sarah at the motel is Lt. Traxler’s. In a deleted scene, Reese and Sarah are trying to escape the police station when they come across the wounded Traxler. He now believes their story and gives Reese his sidearm, telling him to protect Sarah.

13. James Cameron’s original idea was that Skynet would send two Terminators at once: one would be a cyborg, while the other would consist of liquid metal and was able to shape-shift (the resistance would also have sent two humans, but one was to die during the time travel). Cameron realized early on that this latter effect could not be realized with the special effects at the time, so he abandoned it early on. When a completely computer-generated special effect proved to be a success in Cameron’s The Abyss (1989), he revived the idea of the liquid Terminator for the sequel Terminator 2: Judgment Day (1991).

16-20 Interesting Facts About The Terminator 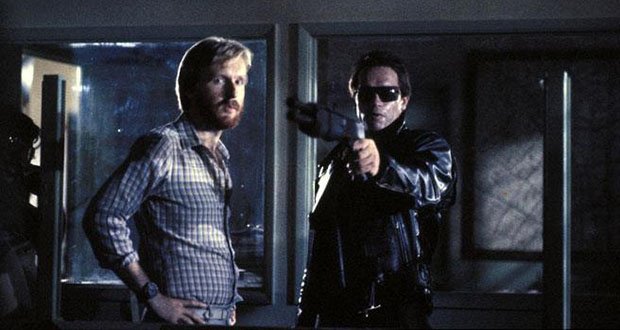 16. According to a 2008 interview with Lance Henriksen, James Cameron had no agent and was living in his car when he wrote the script for the film. Cameron had actually fired his agent because he didn’t like the story idea Cameron had conceived for The Terminator (1984).

17. Paramount was one of the studios that wanted to produce this film. However the only stipulation was that James Cameron does not direct the film. Since this was Cameron’s pet project at the time and wanted to direct the film he turned down their offer. Paramount would later be the main studio behind the fifth film of the franchise, Terminator Genisys (2015).

18. Science fiction author Harlan Ellison sued James Cameron, claiming that the film was plagiarized from the two The Outer Limits (1963) episodes that Ellison wrote, namely The Outer Limits: Soldier (1964) and The Outer Limits: Demon with a Glass Hand (1964). The concept of “Skynet” could also have been borrowed from an Ellison short story called “I Have No Mouth and I Must Scream.” The suit was settled out of court and newer prints of the film acknowledge Ellison. Cameron has claimed that this settlement was forced upon him by the producers. He felt that Ellison was an opportunist making invalid claims, and wanted the case to go on trial. However, the studio told him that he would be personally responsible for financial damages in the case that he lost the trial. So he had no choice but to accept the settlement, a fact that he has always resented.

21-25 Interesting Facts About The Terminator 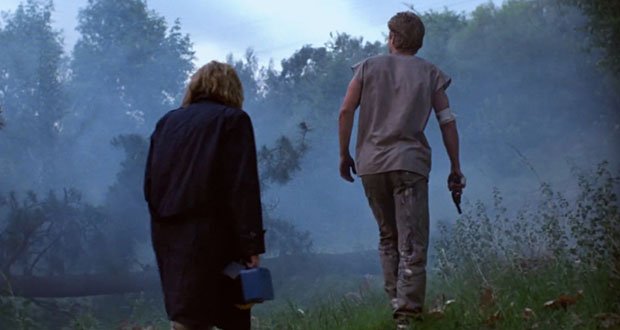 21. The “fog” in the scene after Sarah and Reese leave the bridge where they spent the night is actually bug spray, due to the big “fly scare” in the filming location at that time. The crew was going to wait until the spray dissipated, but decided to use it as fog for the effect instead.

22. A Hydraulic arm was used when the Terminator punches through the windshield in the alley scene. This was rehearsed several times and since Arnold Schwarzenegger’s face was in the shot too, it all had to be choreographed perfectly, since replacing a windshield was too costly and time consuming.

23. The movie was released in the late 1980s in Poland under the title “The Electronic Murderer”. The title was changed because there is a Polish word ‘terminator’, meaning roughly ‘an apprentice’, and so the title was changed to something more catchy and interesting to audience. By the time Terminator 2: Judgment Day (1991) was released, the original movie was widely available on pirate copies under its original title, and because of it in the early 90s in Poland the word ‘terminator’ was widely recognized as the character played by Arnold Schwarzenegger instead of its original meaning, so all the sequels had their titles unaltered.

24. During the final chase, as ‘Reese’ tosses pipe bombs at the ‘Terminator’, there is a single white frame spliced in just before some of the explosions, which is a trick employed by editor Mark Goldblatt. Director James Cameron would later use this trick to heighten the visual impact of gunshots in Aliens (1986). The pyrotechnic charges can be seen on the street, each with a pressure-sensitive strip for triggering the explosion when run over by either the Terminator’s motorcycle or the heroes’ truck.

25. The scene where the Terminator breaks into a station wagon was the very last thing shot and it was added a few weeks before the film’s release. The scene was filmed in 2 hours by James Cameron and Arnold Schwarzenegger alone. Due to insufficient funds, Cameron had to pay for the scene himself, but could not afford a police permit. As such, another set of Arnold’s clothes was placed behind the wagon trunk and Cameron told him to change the moment the scene was deemed finished.

AskUs: How did NASA decide who was going to walk on the moon first (Neil vs Buzz)?