Here are 25 Interesting Facts About Typhoon, Hurricanes and Cyclones. 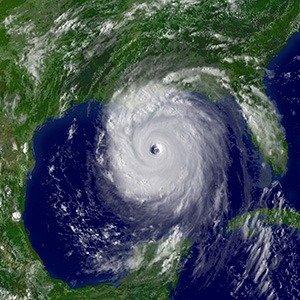 1. After Hurricane Katrina, a 20-year-old man with extensive criminal history named Jabbar Gibson stole a school bus and picked up around 70 stranded people and drove 13 hours from New Orleans to Houston, which was the first bus to arrive at the Astrodome. – Source

2. Although Hurricane Rita directly killed 125 people in 2005, between 90-118 people died during the mass evacuation before the storm even hit from the combination of gridlock and excessive heat- Source

3. Hundreds of prisoners were left to die in their cells during Hurricane Katrina as officials abandoned the prison. – Source

4. The ship used in Pirates of the Caribbean was sunk in Hurricane Sandy. – Source

5. Kuwait pledged $500 million in humanitarian and petroleum supplies to the USA in response to Hurricane Katrina, which is the single largest donation given to help victims of the hurricane. – Source 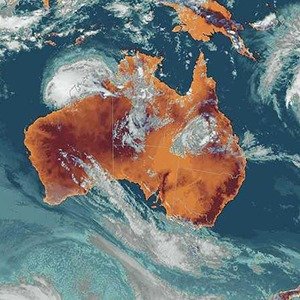 6. 9 months after Cyclone Yasi hit Australia in 2011, there was a unusual surge in the number of babies born in the affected region. – Source

7. More than a hundred American and German sailors died in a naval confrontation in the Samoas in 1889, despite neither side firing a shot. The captains on both sides refused to show ‘weakness’ by taking steps to prepare for an oncoming hurricane. – Source

8. The Canadian Government sent 1000’s of personnel, 3 warships, the Coast Guard, and divers to New Orleans after Hurricane Katrina, in locations USA was reluctant to go to because of contamination. – Source

9. Hurricanes in Australia were originally named after local politicians a weather man didn’t like – Source

10. Future NBA Hall-of-Famer Tim Duncan was training to become a member of the 1992 U.S. Men’s Olympic Swim Team, until Hurricane Hugo destroyed the only pool he could train in. His mortal fear of sharks kept him from using the ocean temporarily. So, he began playing basketball to keep in shape. – Source 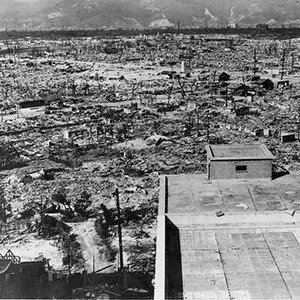 11. A month after the nuclear bombing of Hiroshima, a massive typhoon hit the city, killing 2,000 people. – Source

12. In 1908, a sailing ship called Eclipse travelling from Newcastle to San Francisco sank after it was overtaken by a hurricane, and then hit by a meteor. – Source

14. During the second Mongol Invasion of Japan during 13th century, the heavily outnumbered Japanese were aided by a massive typhoon that destroyed the Mongol fleet. The Japanese praised this storm as a “divine wind,” in Japanese “kamikaze.” – Source

15. In 2007, a German paraglider named Ewa Wisnierska was sucked into a storm for over 40 minutes, passed out and reached a height of 32,000ft, an altitude higher than Mount Everest. – Source 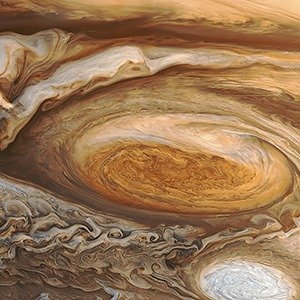 16. Jupiter has radio storms so strong that they can be picked up and heard by an AM radio. – Source

17. In 1959, a pilot ejected from his plane directly into a violent thunder cloud. The storm winds kept him aloft for 40 minutes, pelting him with hailstones and so much rain that at times he had to hold his breath to keep from drowning in mid-air. – Source

18. There is a persistent storm in Venezuela that produces lightning 140 to 160 nights a year, 10 hours per day and up to 280 times per hour and it’s been going since at least the 16th century. – Source

19. The “Waffle House Index” is used to informally assess the damage of a storm including 3 levels to code for the number of Waffle Houses still open in the damaged area due to the restaurant’s reputation to stay open after disasters. – Source

20. In the aftermath of Katrina, the neighboring town of Gretna, turned away refugees from New Orleans at gunpoint. – Source 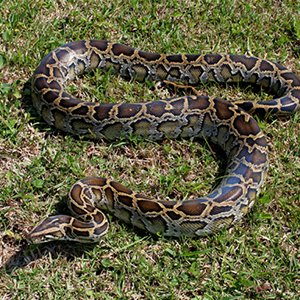 21. In 1992, Hurricane Andrew hit Florida destroying a facility housing Burmese pythons, releasing them into the wild. Their population now number in thousands. – Source

22. During Katrina, people and their pets were evacuated to schools in St. Bernard Parish. Law enforcement then ordered them to evacuate and leave their pets behind. They were told that the animals would be rescued. Instead, they were shot and left to die. – Source

25. The city of London started out as a settlement of the Roman Empire called Londinium and that it was largely destroyed by a massive F4 tornado that struck it more than 1,000 years ago. – Source