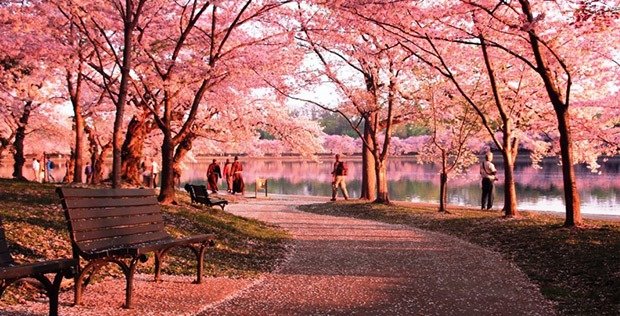 1. The pink cherry blossoms in Washington D.C. were a gift from Japan. In 1912, Japan sent more than 3,000 seeds to be planted near the Potomac River as a symbol of friendship between the two nations. – Source

2. When Walter Washington, the first mayor of Washington D.C. and first African-American mayor of major US city, sent his proposed budget to congress, Democratic Representative John L. McMillan sent a truckload of watermelons to his office in response. – Source

3. In 1974, a U.S. soldier stole a helicopter and flew to the White House in Washington, D.C. As he hovered above the south grounds, the Executive Protective Service shot and injured him, forcing him to land. He only received a one-year prison sentence and $2,400 in fines. – Source

5. The patent for fire hydrant was destroyed when the patent office in Washington D.C. caught on fire in 1836. – Source 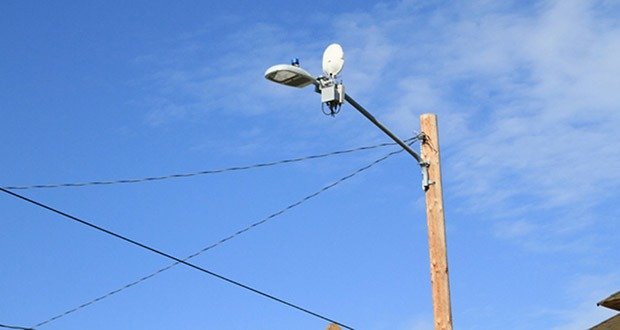 7. 3% of Washington DC’s population is HIV positive, on par with some West African countries – Source

8. In 1814, British soldiers invading Washington, D.C. arrived at the White House to find food, wine, and arrangements for a lavish dinner party Dolley Madison had prepared prior to fleeing the coming invasion. The soldiers sat and ate the meal and drank the wine. Then they burned down the house. – Source

10. Theodore Roosevelt killed over 11,400 animals on his expedition to Africa and it took over 8 years for the Smithsonian to catalog all of them. – Source 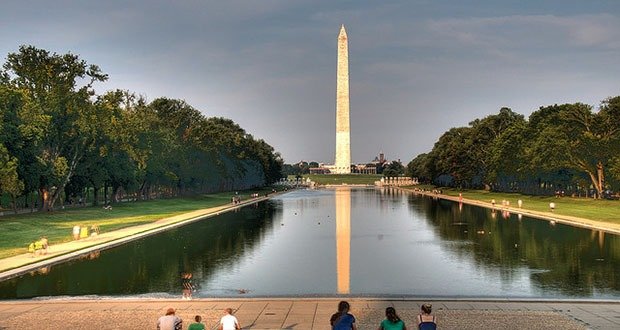 11. The Washington Monument is the tallest stone structure in the world. – Source

12. The Smithsonian opened an experimental museum in a predominantly Black neighborhood of Washington DC. Many were skeptical that the Smithsonian would help the area, others worried about vandalism. The museum was untouched in the 1968 riots that destroyed other parts of the community. – Source

13. A 400-year-old bonsai tree survived the nuclear blast of Hiroshima in 1945. Later the tree was presented to USA as a gift and it is still flourishing in National Arboretum (Washington, D.C.) and past of the tree remained hidden till 2001. – Source

14. When planes take off at Washington National Airport, they must turn left 45 degrees seconds after taking off to avoid the National Mall. This is because the airspace around the Mall is prohibited, and the runway points directly at the Mall. – Source

15. The National Archives keeps the Nixon White House tapes in a climate controlled vault with hopes that future technological developments could allow for restoration of 18.5 minutes of missing audio that may have been deliberately erased. – Source 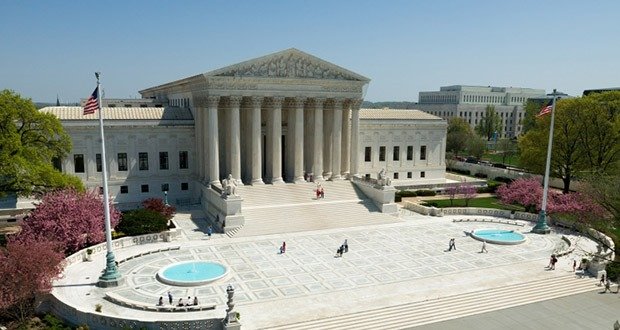 16. The gym on the top floor of the US Supreme Court Building has a basketball court jokingly referred to as “the highest court in the land.” – Source

17. The FBI accidentally registered an internal interrogation manual with the Library of Congress. Anyone with a library card is able to read this secret government document. – Source

18. In 1995, when looking through the manuscripts of Carl Koller at the Library of Congress, a German historian found a small envelope of cocaine with the note: “Remainder of the first dose with which I made my initial cocaine experiment in 1884.”- Source

19. Every single Tweet is being archived in the Library of Congress. – Source

20. David Howard, former head of the Washington D.C. Office of Public Advocate, was forced to resign for using the word “niggardly” when talking about budgetary matters. “Niggardly” means ‘not generous; stingy.’ – Source 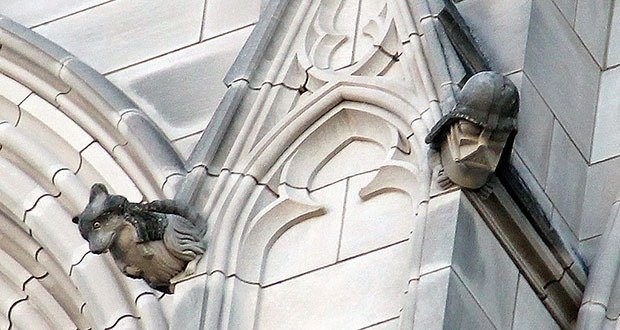 21. Darth Vader’s head has been carved into the facade of the National Cathedral in Washington D.C. – Source

22. As an illegitimate child of an English Duke, James Smithson, donated his entire wealth to found the Smithsonian Institute in Washington D.C. despite never visiting the United States. In 1904, at Alexander Graham Bell’s request, his body was moved to the institute that he founded. – Source

23. 36 of the 40 original boundary markers for Washington D.C. remain and survive as the oldest federally placed monuments in the United States. – Source

24. The area where Washington, D.C., now stands was originally a mosquito-infested swamp. It took years to drain and clear the land before our nation’s government was moved to the city in 1800. – Source

25. Residents of Washington D.C. were not able to vote for President until 1961. – Source