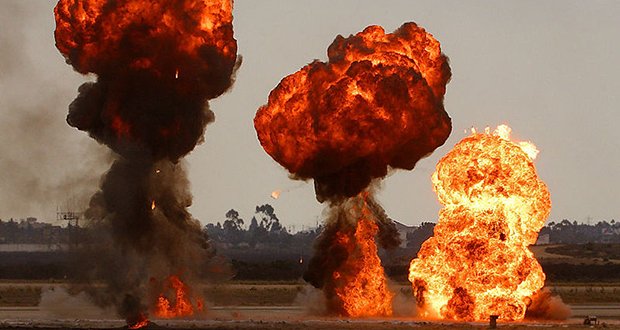 Here are 25 Interesting Facts About Bombs and Explosions.

1-5 Interesting Facts About Bombs and Explosions 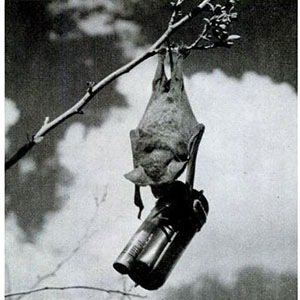 1. USA developed an experimental during World War 2 called Bat bombs. They were large bomb casings that would open above cities and release bats with small, timed incendiary bombs. The bats would find somewhere to roost, and the incendiaries would start fires in inaccessible places. – Source

2. In 1998, a splinter group of the IRA called in a bomb threat for the courthouse hill in Omagh, Northern Ireland. The police evacuated people 400 meters to the bottom of the hill where it was thought to be safe; however, this spot was the real location of the bomb. In total, 29 people died and 220 were injured. – Source

3. The US Air Force researched a “Gay Bomb”, a non-lethal bomb containing really strong pheromones that would make the enemy forces attracted to each other. It won the 2007 Ig Nobel Prize. – Source

4. An atomic bomb cameraman ripped his safety goggles a split second before the bomb exploded. Everyone was supposed to wear special glasses to block the intense light emitted by what was anticipated to be a six-megaton explosion. Those glasses failed. His reaction was to block his eyes with his right forearm and crook of his elbow. “I saw the blood running through my arm,” he said. This frightened him, so he dropped his arm. That revealed an even more chilling sight. He said “The man standing in front of me was a complete skeleton.” – Source

5. It is not the shrapnel from a bomb that usually kills a disposal expert. It’s the shock wave. The sudden change in internal and external pressure causes the internal organs to explode. This is called “Blast Induced Barotrauma”. Bomb suits are nearly invulnerable to projectiles. – Source

6-10 Interesting Facts About Bombs and Explosions 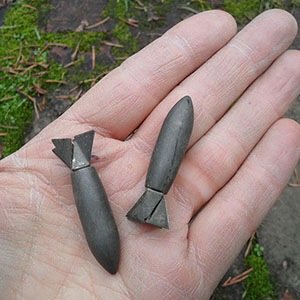 6. “Lazy Dogs” are explosiveless, small, unguided kinetic missiles that are only 1.75inches across. They are dropped over a battlefield and they pack the punch of a .50 caliber bullet. – Source

7. In 1961, a Boeing B-52 broke apart mid-air over Goldsboro, North Carolina causing two nuclear bombs to fall. One parachute functioned properly and that bomb survived. Five out of its six safety devices malfunctioned and just a single switch prevented a nuclear explosion. – Source

8. The parachute of second 3.8 megaton hydrogen bomb failed and it plunged into a muddy field at around 700 miles per hour in Faro, North Carolina and disintegrated without detonation of its conventional explosives. Being so massive, it drove itself nearly 200 feet down and recovery was deemed impossible. It still lays there. – Source

9. In 1958, while widening a road near the Royal Air Force’s main gate, they had to move a 15 year-old display mockup of the biggest bomb ever used in WWII. It was then that they found out that it wasn’t merely a mockup, but was actually a live bomb that after all these years was out in the open for public to climb over and be photographed sitting astride. – Source

10. There are millions of chemical bombs lying in our oceans after being dumped there after the first and second world war, because authorities didn’t have a way to dispose of them properly. – Source

11-15 Interesting Facts About Bombs and Explosions 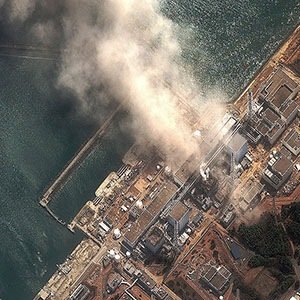 11. In 1957, an explosion occurred at a plutonium plant in the USSR, resulting in the third worst nuclear accident in history. The soviet government kept it secret for 19 years. – Source

12. The bomb squad in Bristol, UK once blew up a suspicious box, which contained leaflets on what to do if you find a suspicious package – Source

13. In over 2000+ nuclear test detonations, only one has an unknown nationality. It was a detonation of a 3 kiloton bomb on 9/22/1979 in the Indian Ocean called the Vela Incident. No nation has ever taken credit for it. – Source

14. Nuclear explosions were considered for large construction projects in the 1970s – Source

15. The explosion from the first nuclear weapon test at Trinity was so bright that Georgia Green, a blind woman almost 50 miles away, asked her brother “What’s that light?” – Source

16-20 Interesting Facts About Bombs and Explosions 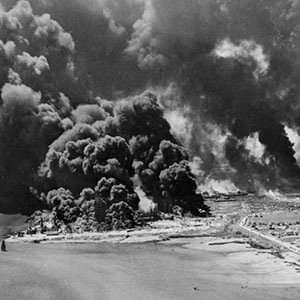 16. The Texas City Disaster in 1947 was the deadliest industrial accident in U.S. history, one of the largest non-nuclear explosions. It resulted in the first ever class action lawsuit against the U.S. – Source

17. On July 1, 1916 at the Battle of the Somme (WW1), a charge of 60,000 lbs. of explosives was detonated creating a crater that was 300 feet across and 90 feet deep. The explosion, which occurred in France, could be heard as far away as London and was the loudest man made sound in history at the time. – Source

18. On Sept. 16, 1920, a horse and wagon containing hundreds of pounds of explosives trotted onto Wall Street. The resulting explosion was the deadliest attack in New York City history, until Sept. 11, 2001. – Source

19. In 1947, the British used 6800 tons of surplus WW2 explosives to destroy military infrastructure on the tiny island of Heligoland. Loss of the island was acceptable. The explosion resulted in one of the largest single non-nuclear detonations recorded. – Source

20. In 1769, a single lightning strike struck the city of Brescia, Italy hitting gunpowder storage. The resulting explosion killed 3,000 people and destroyed a sixth of the city. – Source

21-25 Interesting Facts About Bombs and Explosions 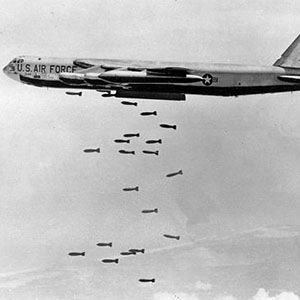 21. US bombers dropped a bomb every eight minutes, every day from 1964 to 1973 on Laos. They dropped more bomb on Laos during this time than the US did in all of WWll. – Source

22. It would take Vietnam an estimated 300 years and $10 Billion to clear its territory of unexploded bombs, shells and mines. – Source

23. A single US stealth bomber can carry 16 B83 nuclear bombs. Each of those bombs can produce 75 times the yield of the atomic bomb dropped on Hiroshima. – Source

24. A nuclear bomb is stuck somewhere in the ice on the coast of Greenland. In 1968, a B-52 crashed and its payload of 4 nuclear bombs was reported by the U.S. government as recovered and destroyed. In 2008, the BBC reported that one of the bombs was never recovered. – Source

April 10, 2014
Latest Posts
Subscribe to Blog via Email
Did you know?
Loading...
Facts of the Day
Registration is disabled.