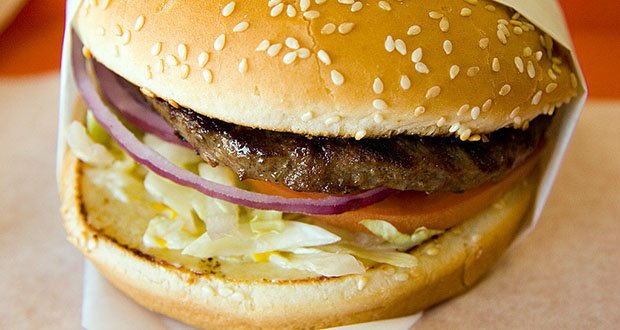 Here are 25 Interesting Facts You Didn’t Know About Burgers.

1-5 Facts You Didn’t Know About Burgers 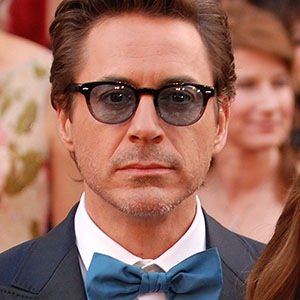 1. Robert Downey Jr. claims that Burger King saved his life from his drug addiction. While at a stop at Burger King in 2003, his car had “tons of f***ing dope.” He ate a burger and he found it so disgusting that it made him rethink his life. He then threw all his drugs into the ocean. – Source

2. In ‘n’ Out Burger used to let customers add as many extra patties with cheese as they wanted to their burgers until one group of 8 ordered one burger with 100 patties, which contained 19,450 kcals – Source

3. In 2009, Burger King launched a campaign that if you unfriended 10 friends on Facebook, you were entitled to a free whopper. The ex-friend would then receive a message explaining that their friendship was less valuable than a whopper. – Source

4. McDonald’s burger doesn’t rot and it’s not because there are any mysterious chemicals in it, but because low moisture and dehydration basically turns it into a jerky. – Source

5. In Holland a McDonald’s worker bought a hamburger and then asked for a slice of cheese. The cashier was fired for not charging her the full price of a cheese burger. Taken to court, the Court responded that a warning would have been enough and ordered them to pay her $5900 for 5 months pay – Source

6-10 Facts You Didn’t Know About Burgers 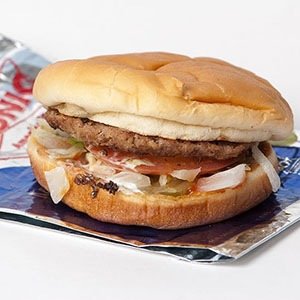 6. The reason that burgers look so good in commercials is because they are undercooked. – Source

7. In 1968 in Mattoon, Illinois, a small restaurant called “Burger King” won a lawsuit against the giant fast food chain of the same name because they had trademarked the name first. Today, there are no Burger Kings joints legally allowed within 20 miles of this restaurant. – Source

8. You can order a Land, Sea and Air Burger off of McDonald’s secret menu. – Source

10. The Big Mac had two previous names: “aristocrat” and “blue ribbon burger”, both of which failed in the marketplace. – Source

11-15 Facts You Didn’t Know About Burgers 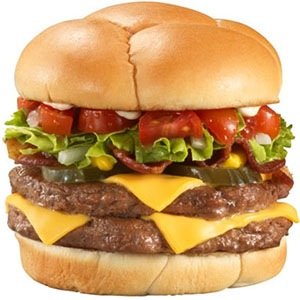 11. In 1996 McDonalds attempted to introduce a hamburger called the “Arch Deluxe,” a higher-end burger marketed specifically to adults. It was released with one of the most expensive advertising campaigns to date, and was a complete failure. – Source

12. Burger King had one of the most expensive recalls in history after a 13 month old girl suffocated on a Poké Ball (a toy) that was included with Kids’ meals. – Source

16-20 Facts You Didn’t Know About Burgers 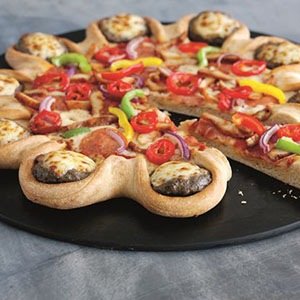 19. The reason why breakfast isn’t served all day at McDonald’s is mainly because the grill temperature required to cook beef patties is significantly different from the temperature at which eggs are cooked – Source

20. In 2009 Microsoft promoted Windows 7 in Japan by partnering with Burger King to release a 7 patty Whopper – Source

21-25 Facts You Didn’t Know About Burgers 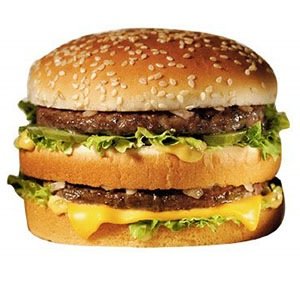 21. The Economist has an indicator of the purchasing power of a country measured in how many Big Macs could be bought in that country with $50 USD – The Big Mac Index. – Source

22. In 2011, Argentina’s government forced McDonald’s to sell Big Macs at artificially low prices so that the country’s performance would appear better on the The Economist’s Big Mac Index – Source

23. In 2004-2005, McDonalds paid rappers to mention Big Macs in their songs and paid them $5 each time their songs got played on the radio. – Source

25. McDonald’s is basically a real estate company: “We are in the real estate business. The only reason we sell hamburgers is because they are the greatest producer of revenue from which our tenants can pay us rent.” – Harry J. Sonneborne, McDonald’s founder – Source

November 7, 2013
Latest Posts
Subscribe to Blog via Email
Did you know?
Loading...
Facts of the Day
Registration is disabled.