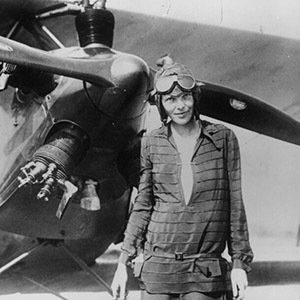 1. In 1937, a Florida teenager and her father may have overheard several hours of Amelia Earhart’s post-crash distress calls on a shortwave radio. She wrote down what she heard in a notebook that night, and that notebook is now in the hands of Earhart’s crash investigators. – Source

2. In 2010, a small plane crashed in Democratic Republic of Congo due a smuggled crocodile onboard. The crocodile freed itself and panicked the passengers who all ran towards the flight-deck, which caused the plane to become unbalanced and crash. The only survivors were one person and the crocodile. – Source

4. The farther back you sit on an airplane, the better are your odds of survival in the event of a crash. Passengers near the tail of a plane are about 40 percent more likely to survive a crash than those in the first few rows up front. – Source

5. Right before singer Buddy Holly’s death, which was caused by plane crash, his band mate Waylon Jennings joked “Well, I hope your ol’ plane crashes!”, a statement which haunted him for decade. – Source 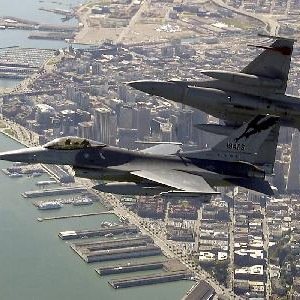 6. On 9/11 some jet fighters took to the air without live ammunition, knowing fully well that to prevent the hijackers from striking any further intended targets, the pilots will have to intercept and crash their fighters into the hijacked planes, ejecting at the last moment. – Source

8. The 1977 University of Evansville Men’s Basketball Team was killed in a plane crash. One player didn’t make the trip due to an illness. He was killed in a car wreck two weeks later. – Source

9. In 2002, a car was reported running off the road in Surrey, England by multiple witnesses. Police arrive and found no signs of a crash. After a careful search, the car and the decomposed body of the driver were finally found, but it was determined that the accident occurred five months earlier than the witness reports. – Source

10. Nearly two-thirds of those aboard the Hindenburg survived its fiery 1937 crash. – Source 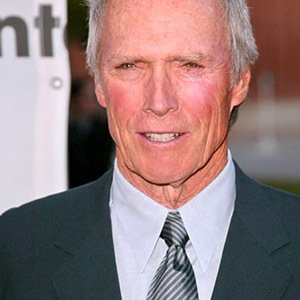 11. While serving in the Army, Clint Eastwood survived a plane crash in the Pacific Ocean by swimming 3 miles (5km) to shore. This crash kept him from being deployed to Korea. – Source

12. Norwegian musician, Magne Furuholmen lost his father at age 5 in a plane crash outside of Oslo. The event was witnessed by 9-year-old Morten Harket (his band mate), thirteen years before the two actually would meet and formed the band a-ha. – Source

14. Following the deadly 1977 crash of the plane carrying the band Lynyrd Skynyrd into a Mississippi swamp, the survivors sought help at a nearby farmhouse, only to have the farmer who lived there shoot the band’s drummer in the shoulder. – Source

15. Baseball player Roberto Clemente died in a plane crash on New Year’s Eve 1972 while trying to deliver food and relief supplies to earthquake victims in Nicaragua. He had exactly 3,000 hits in his professional career at that point. – Source 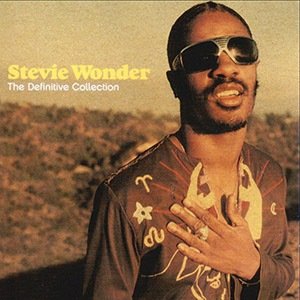 16. Musician Stevie Wonder was in a near fatal car crash in 1973 that left him in a coma. Doctors could not get him to respond to any external stimuli. After four days, his tour director sang the melody of “Higher Ground” into the singer’s ear, and Wonder responded by moving his fingers in time with the song. – Source

17. Philosopher Bertrand Russell survived a plane crash at the age of 76, in which 19 of the 43 passengers died. Russell survived because he was seated in the smoking section, claiming before the flight that “If I cannot smoke, I shall die.” – Source

18. In 1996, the highjacked Ethiopian Airlines Flight 961 crashed landed in the ocean. The reason many passengers died was because they inflated their life jackets too early while still inside the cabin – Source

19. It was only after the death of Rock and Roll musician Buddy Holly in a plane crash that the media stopped publicly reporting the names of the deceased until the next of kin has been notified – Source

20. In 1896, as a marketing stunt someone decided it was a good idea to crash two trains together. There were more than 30,000 spectators, but everything didn’t go as planned and train’s boilers exploded. Debris flew into the crowd, killing three spectators and injuring untold others. – Source 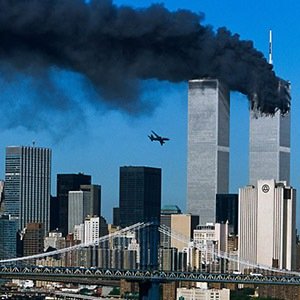 21. Ziad Jarrah, one of the hijackers in the 9/11 attacks, had always wanted to be a pilot, but his father discouraged him. He later cited his reasoning as “I only have one son and I was afraid that he would crash.” – Source

22. The pilots of Delta flight 1141 were so busy making fun of a plane crash (Continental flight 1713, in which the pilots were discussing the dating habits of their flight attendants) that they themselves made a careless error, resulting in their own plane crash, killing 14 of their 108 passengers. – Source

23. The first scene of The Dark Knight Rises was for the most part real, plane crash and all. – Source

24. In the first draft of the Anchorman script, the story was about a planeload of news anchors who crash in the mountains and discover that the plane which they collided was carrying monkeys and martial arts equipment, leading to a battle between cannibalistic newsmen and star-throwing monkeys – Source

25. 1500 people have died in car crashes trying to avoid travelling by plane because of September 11 fear. – Source