Here are 25 Interesting Hidden Plot Points You Might have Missed in Movies.  Please be careful to not read the facts of the movies you haven’t seen to avoid spoilers. 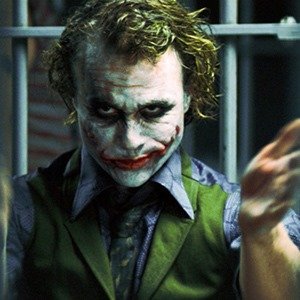 1. The Dark Knight: Joker is portrayed to the audience the way that batman is portrayed to criminals. What do we ever find out about the joker? Nearly nothing. He is a man with seemingly endless resources that arrived in Gotham, looked at the state of the city, decided that something must be done to change it, and so he offers his services to the criminals of the city. Not because he wants anything in return, but simply to “send a message.” We never know what his real name is, where he got those scars, where he goes or what he does when he’s not wearing the makeup. This is almost exactly what batman is to the underworld. A man who arrived out of nowhere with all these gadgets and vehicles, who decided that he could change the way that Gotham was, by doing the work that the police wouldn’t do, and thus “sending a message.” In the same way that the police turn on batman, and have to condemn his actions, the criminals of Gotham eventually sell out the joker. The two are presented as two sides of the same coin. This is hammered home by the fact that Two Face is in the movie, a character who uses the same coin to make decisions about good and evil.

2. Ferris Bueller’s Day Off: Ferris Bueller’s constant complaint, and his justification for many of his shenanigans, is that his parents won’t buy him a car. Toward the end of the movie, when Ferris Bueller’s mom is driving his sister home from picking her up at the police station, there’s a quick throwaway line where mom complains that all this mess screwed up the deal she was working on, and that the money from that deal was going to be used to buy a Ferris a car. Ferris Bueller screwed Ferris Bueller.

3. 5th Element: Antagonist and Protagonist not only don’t meet each other during the entire duration, but don’t even know of each other’s existence.

4. Jurassic Park: Hammond keeps saying, “I spared no expense.” Ironically, when his programmer, Dennis Nedry, runs into financial trouble, he refuses to give Nedry a raise. The disgruntled employee tries stealing dinosaur embryos and sets the disaster into motion.

5. Matrix: The machines weren’t the bad guys. They were preserving themselves and the human race until the earth could support life after the damage humans caused trying to wipe out the robots for economic reasons. The Zions were on a misguided campaign and were unwittingly trying to tear down the very construct that was preserving the human race. 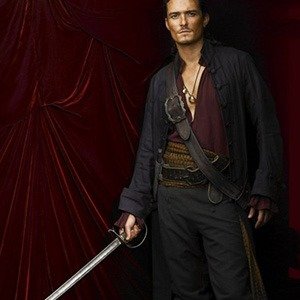 6. Pirates of the Caribbean: The sword Will Turner made in the beginning of the first Pirates of the Caribbean movie, he made it for the Commodore, who loses it for a while, but regains it as Lord Beckett gives it back when he is reinstated. The Commodore is then killed by Davy Jones, who comments on the sword (“Hmm. Nice sword”) after he stabbed him with it. At the end of the third movie, Will is stabbed by Davy Jones with the sword he made in the beginning.

7. Back to the Future-Part II: We see Biff spiking the punch at the dance, the same exact punch that we see Marty’s dad drinking just before he decks Biff in the face. So in fact George Mcfly got the courage from booze.

8. X-men: Days of Future Past: The movie takes place during Nixon’s presidency, and in one scene, President Nixon holds a secret meeting in the Oval Office regarding mutants. Right before the meeting begins, he reaches across his desk and turns off his tape recorder. This scene refers to the missing Nixon White House Tapes.

9. Avengers: Loki actually won. Surely, it seems like he lost, but he wanted to rule Asgard, not Midgard. By getting recaptured, he had an easy one way ticket back to his home, in attempt to rule it. In Thor 2, he gets out of prison, and can easily regain the throne. This is one of those times where the villain actually won.

10. Captain America: Winter Soldier: Senator Stern (the guy who says “Hail Hydra” to Sitwell) was actually first seen in Iron Man 2. This means the reason why he wanted Stark to give up his tech was because he wanted to use it for Hydra’s missions. 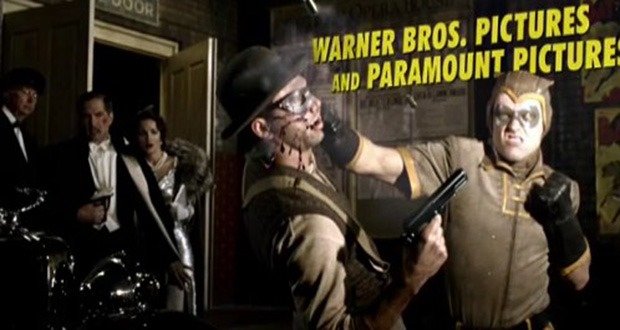 11. Watchmen: In the opening credits, the original Nite Owl is shown saving Thomas Wayne and Martha Wayne from getting murdered. This means that in the Watchmen universe, Nite Owl prevented Bruce Wayne from becoming Batman.

12. Mean Girls: Regina George probably thinks Janice is a lesbian because she heard someone says she’s Lebanese and misinterpreted it.

13. Star Wars Prequels: The three main villains (Maul, Grevious, Dooku) were all elements of Darth Vader. Maul was the powerful warrior. Dooku was the fallen Jedi. Grevious was “more machine than man.”

14. Fight Club: Most people understood Fight Club as an anarchist/terrorist organization developed to take down the institutions that controlled society. However, the point missed was as Fight Club grew and as franchises got established, it became institutionalized itself. 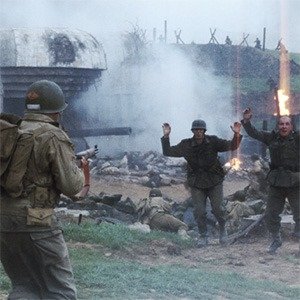 16. Saving Private Ryan: Right after the first battle scene on the beach, as American Soldiers are destroying German bunkers and moving forward, they come across “German soldiers,” saying something in German before they are shot. What they were actually saying was “Please don’t shoot me, I am not German, I am Czech, I didn’t kill anyone, I am Czech!”

17. The Lego Movie: Every time the police has a fight with the main characters, it’s just the little boy in the real world fighting with his father. In the bridge seen, the father accidentally breaks the bridge, forcing him to stay behind to fix it. His son then has enough time to run to another area of the house (Cloud Cuckoo Land), where he plays by himself. His father then comes in and destroys his creation and confiscates some of his characters out of revenge.

18. Inglourious Basterds: It’s not a hidden plot point so much as the overall allegory. The plot follows the propaganda machine led by Joseph Goebbels showing how movies were used to promote stereotypes of Jews and glorify the Nazi cause, when the other plot in the film is literally glorifying the brutal killing of Nazis. Tarantino gets the audience to cheer on the savage acts of the Basterds, and by doing so proves how easily it is to manipulate the emotions of the people. It’s a really interesting way to show people how it’s understandable that nearly an entire nation can get essentially brainwashed into supporting a tyrannical war mongering dictator.

19. Pulp Fiction: Butch is the one who keyed Vincent’s car. After he says “what are you looking at, Punchy?” in the bar, Butch walks outside and keys his car, which Vince later talks about to his dealer.

20. The Silence of the Lambs: Hannibal Lecter is trying to give Clarice Starling hints about Buffalo Bill. He tells her very emphatically, “Think simplicity…” and relates it to some philosophical notions, but Simplicity is also a very well-known brand of Sewing Patterns, because he made suite out of ladies. He also draws “The Duomo seen from the belvedere.” Buffalo Bill lives in Belvedere, Ohio. 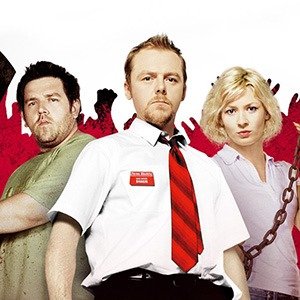 21. Shaun of the Dead: Ed basically sums up the entire plot of the film in a few lines in the beginning of the movie when they’re sitting in the Winchester pub. He says “We’ll have a bloody Mary first thing,” refers to the Zombie named Mary in their garden the following morning. “Have a bite at the King’s Head” refers to Shaun’s step dad Philip being bitten. “A couple at the Little Princess” refers to when they meet Shaun’s girlfriend Liz and her friends, “Stagger back here” is when they’re pretending to be zombies walking through the crowd of zombies to get to the Winchester, and then “Bang, back here for shots at the bar”, which is when they use the rifle in the Winchester to defend themselves against the zombies.

23. Harry Potter: Dumbledore was the first “Master of Death,” because he had all Three Deathly Hallows. He was always in possession of The Elder Wand, and for the entirety of the 6th book/movie he had the Resurrection Stone (with the Gaunt Ring). That leaves the Cloak of Invisibility. For a short time, in the cave with Harry, he borrowed the cloak “to look ahead.” At that point, he possessed all three hallows. It makes you wonder what was meant by “look ahead?” especially considering he welcomed his own death, on his own terms, and for his own machinations.

24. Independence Day: The reason why David could hack the alien mothership with his MacBook was that all human electronics are based on the crashed alien-spaceship in Area 51 (according to the move), thus they are compatible. This was mentioned in the DVD release, but not the theatrical release or the first VHS one.

25. The Truman Show: Around mid-movie, there is a scene with Truman gardening. His wife (who is still with him and getting along) casually mentions he ‘missed a spot’ while cutting the grass. This spot was actually his tunnel he dug to use later in the film, meaning he had planned to escape long before the later events in the movie.