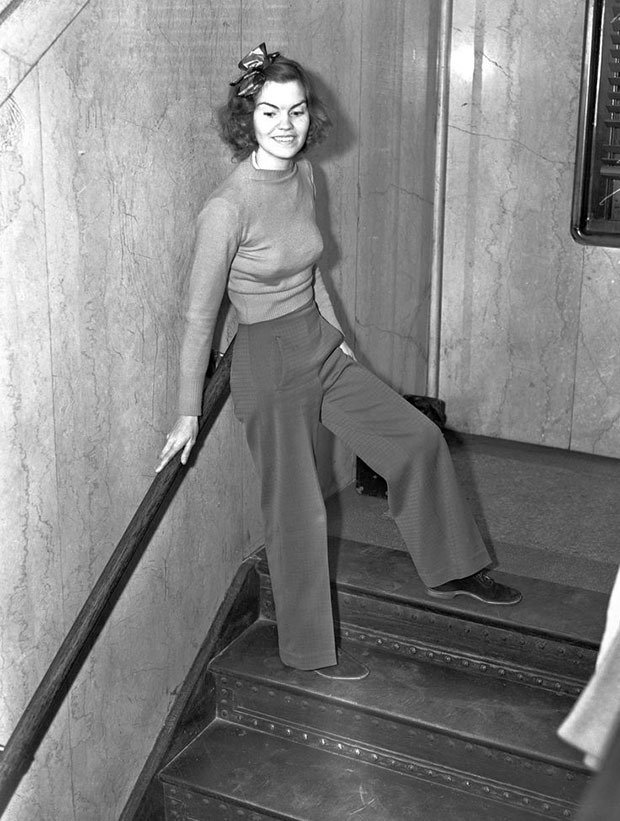 Kindergarten teacher, Helen Hulick a witness to a burglary, was given a five-day sentence and sent to jail for contempt for wearing pants to give her courtroom testimony in Los Angeles. (1938). Hulick was quoted in the Nov. 10, 1938, Los Angeles Times saying, “You tell the judge I will stand on my rights. If he orders me to change into a dress I won’t do it. I like slacks. They’re comfortable.” 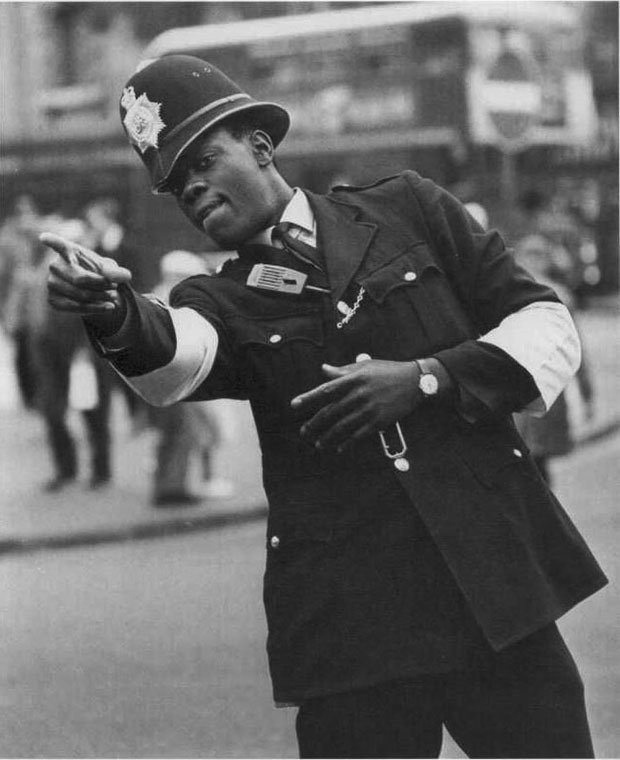 Britain’s second black policeman PC Norwell Gumbs (later changed his name to Norwell Roberts) directing traffic in 1968.  130 years before him, a black man, John Kent, was appointed in August 1837 as constable to the Carlisle city police force, having already served as an appointee to the magistrates in Maryport. There had been significant black populations in London, Cardiff, Liverpool and Bristol from the mid 1800s, but after race riots in Cardiff in 1919, the was a change in the law which removed the right of citizens of the colonies to reside in the UK and most of the black population of the UK were deported, regardless of whether they had been born in the UK or not. It’s probably the most overtly racist policy change of the 20th century (maybe even since the 18th century) and hardly anyone knows about it. 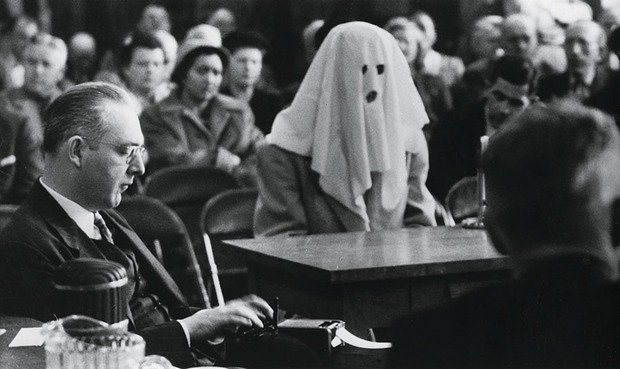 A hooded witness testifies in court on narcotic traffic in Washington State. (April 30, 1952). This type of testimony was ruled unconstitutional because it prevented the jury from assessing the witness’s credibility. 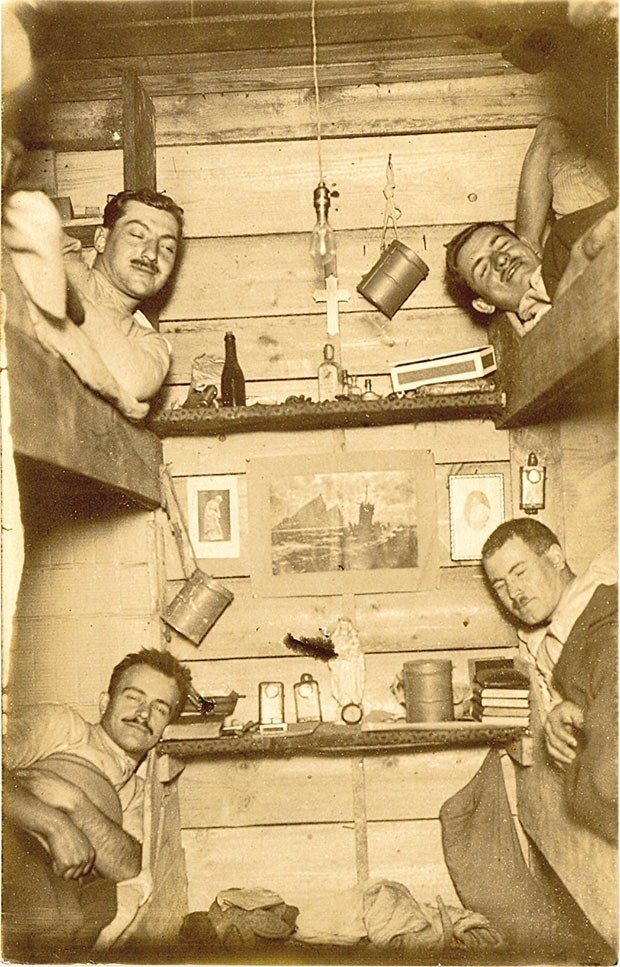 Four German soldiers in bunk beds who had been woken up for a surprise photograph during World War 1. (1917). The German trenches were so well established that they had full underground rooms complete with wallpaper in some. 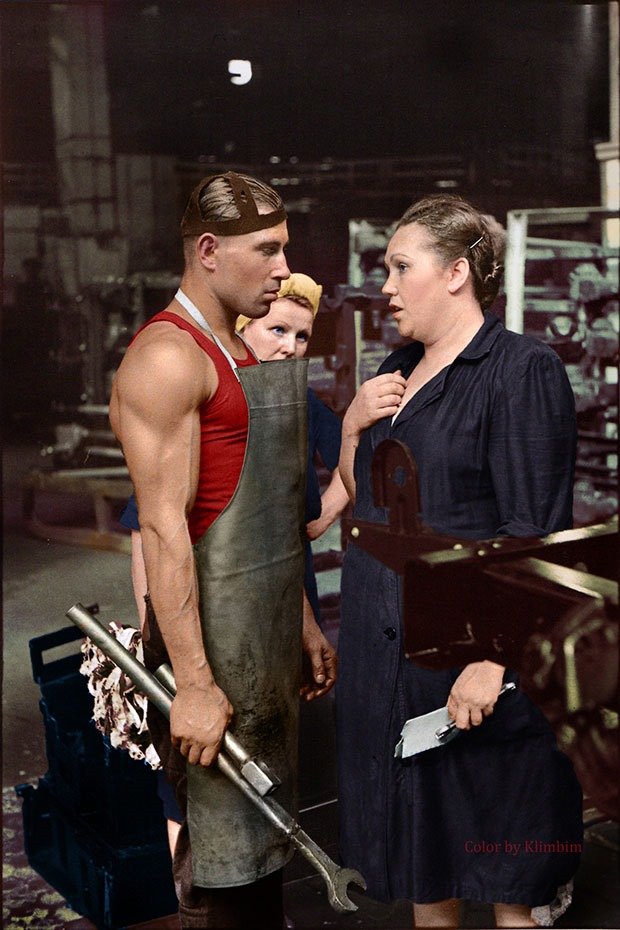 Worker and supervisor of a car factory in Moscow, USSR. (1954 colorized). Henri Cartier-Bresson was a French photographer considered to be the father of modern photojournalism, an early adopter of 35 mm format, and the master of candid photography. He helped develop the “street photography” style that has influenced generations of photographers that followed. Cartier-Bresson was the first Western photographer to be admitted to the Soviet Union after the death of Josef Stalin, in 1953. 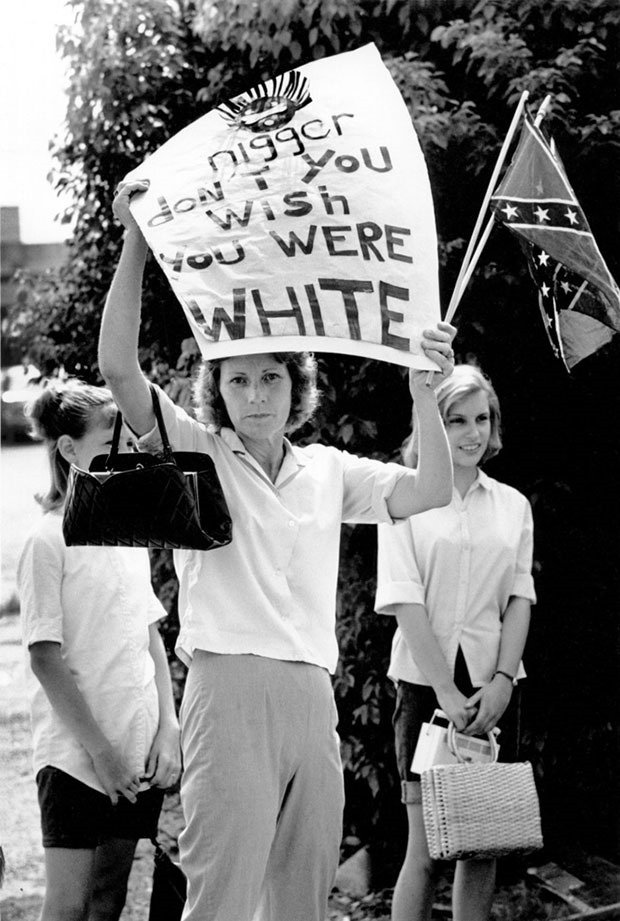 Woman counter-protesting with her daughters at a black civil liberties rally in Bogalusa, Louisiana in 1965. It should be noted that Bogalusa elected their first black, female mayor last year. 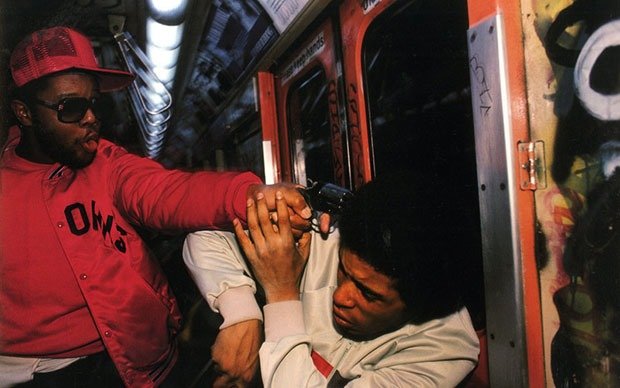 An undercover police officer apprehends a mugger on the New York City Subway in 1980. Photo is taken by Bruce Davidson. Bruce was helping the NYPD capture muggers in the subway. He figured since he had already been mugged three times, walking around with two undercover cops might not be a bad idea. They needed a decoy and he didn’t mind the company. To entice a would-be robber Bruce carried a map, played clueless and carried his camera on his chest (as he usually does). Within a few days someone tried to rob him, except this time the cops pounced on the guy. Bruce turned and fired the only shot. The man was arrested, Bruce got to keep his camera, and the NYPD caught one more thief. 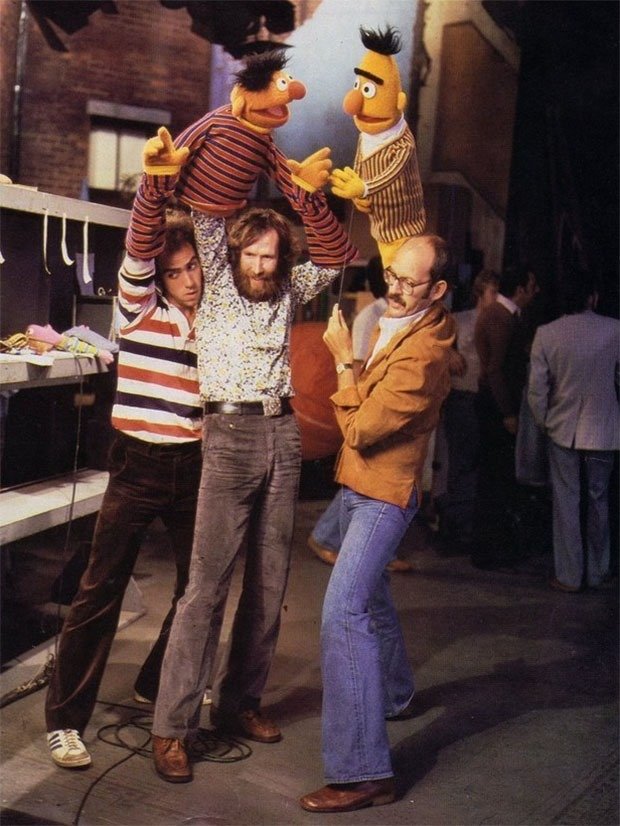 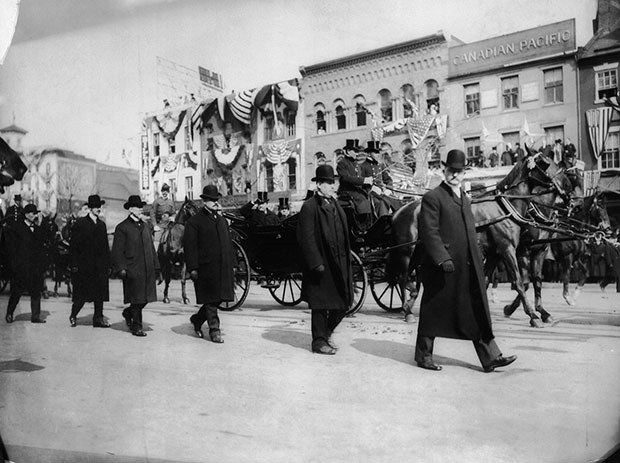 Secret Service agents walk on both sides of President Theodore Roosevelt’s carriage during his inauguration on March 4, 1905. He was the first President to be provided Secret Service Protection. 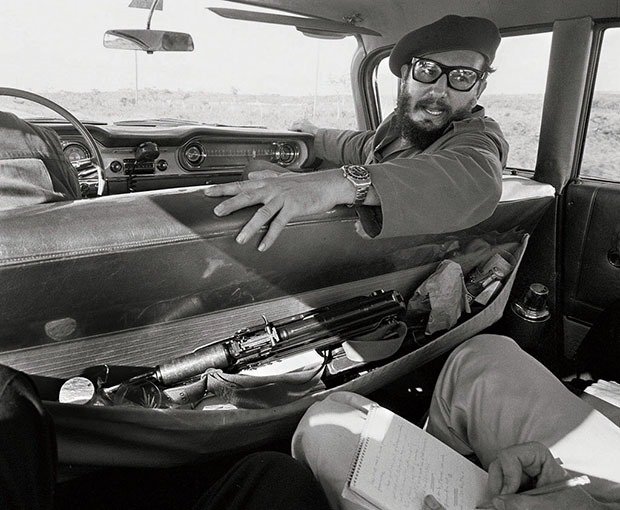 Fidel Castro giving an interview in his in 1964. I recently read a book about Castro’s ex-bodyguard. He describes all the weapons they carry in the car. Apparently Castro has an AK-47 which he carries around every day. Fidel Castro travels with his doctor and his bodyguards have the same blood type just in case. 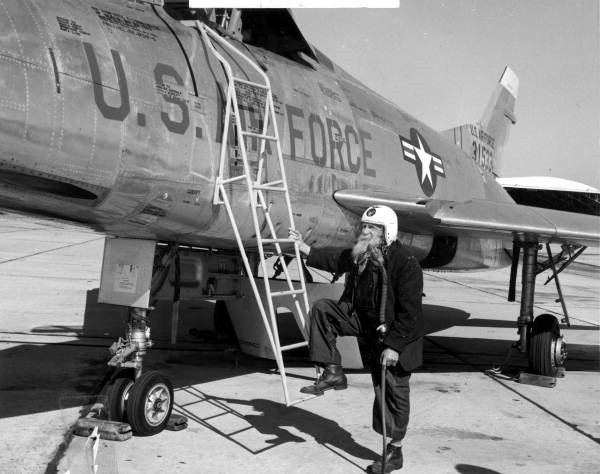 Florida’s last Civil War veteran, Bill Lundy, poses with a jet fighter in 1955. It is amazing that he lived from the time of muskets and covered wagons to supersonic jets and other wondrous inventions. 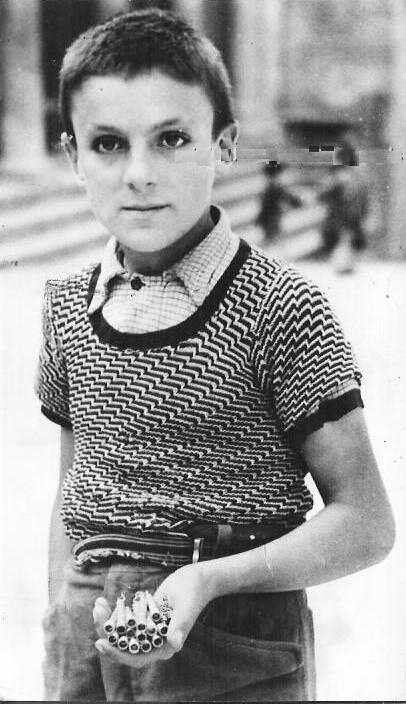 An Eight-year-old Italian boy holding a handful of detonators he had removed from German hand grenades in Italy. (1944). It is not exactly clear why he did this, but as the the Allies moved up the peninsula there was huge quantities of ordinance scatted by both sides all over Italy.