1. An East German soldier passing a flower through the Berlin Wall before it was torn down, 1989. 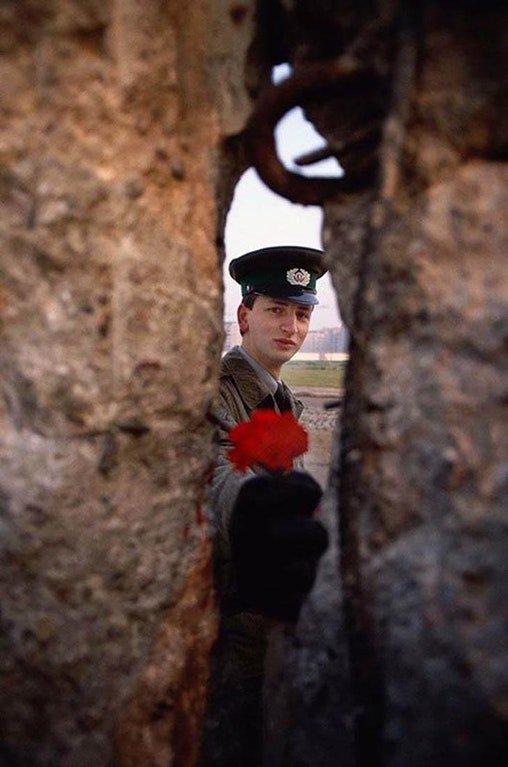 2. Princeton students after a freshman vs. sophomores snowball fight in 1893. 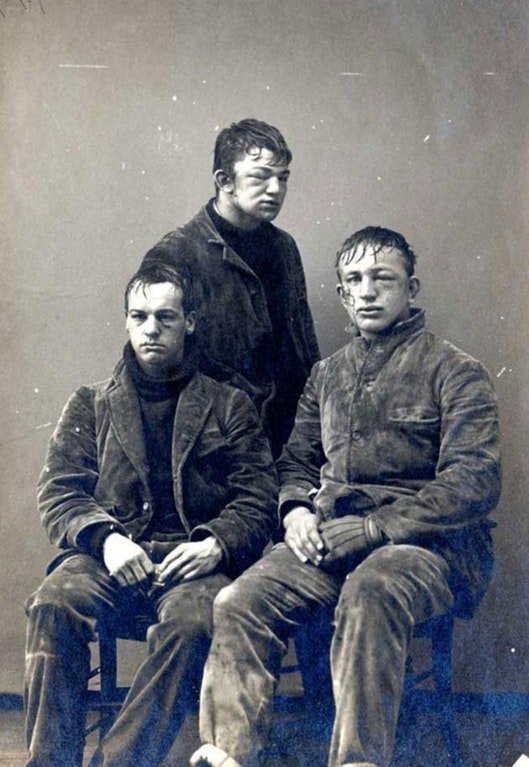 3. Nazi Rally being held at the “Cathedral of Light” in Nuremberg. 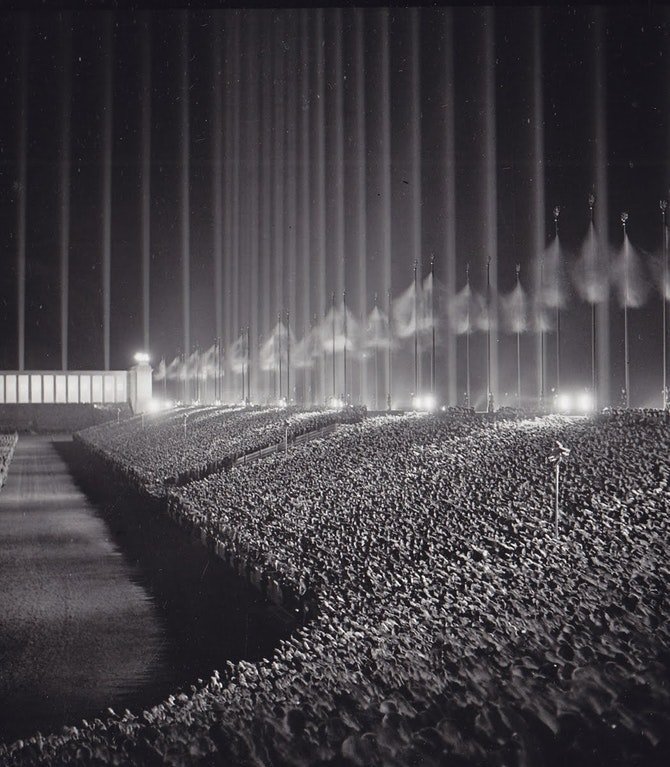 Designed by Albert Speer, the “cathedral” actually consisted of 152 anti-aircraft searchlights, at intervals of 12 meters, aimed skyward to create a series of vertical bars surrounding the audience, 1930’s. 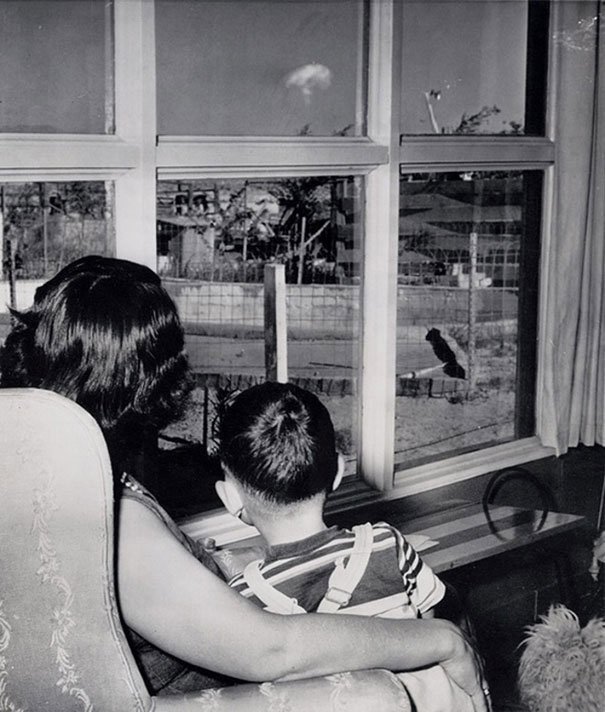 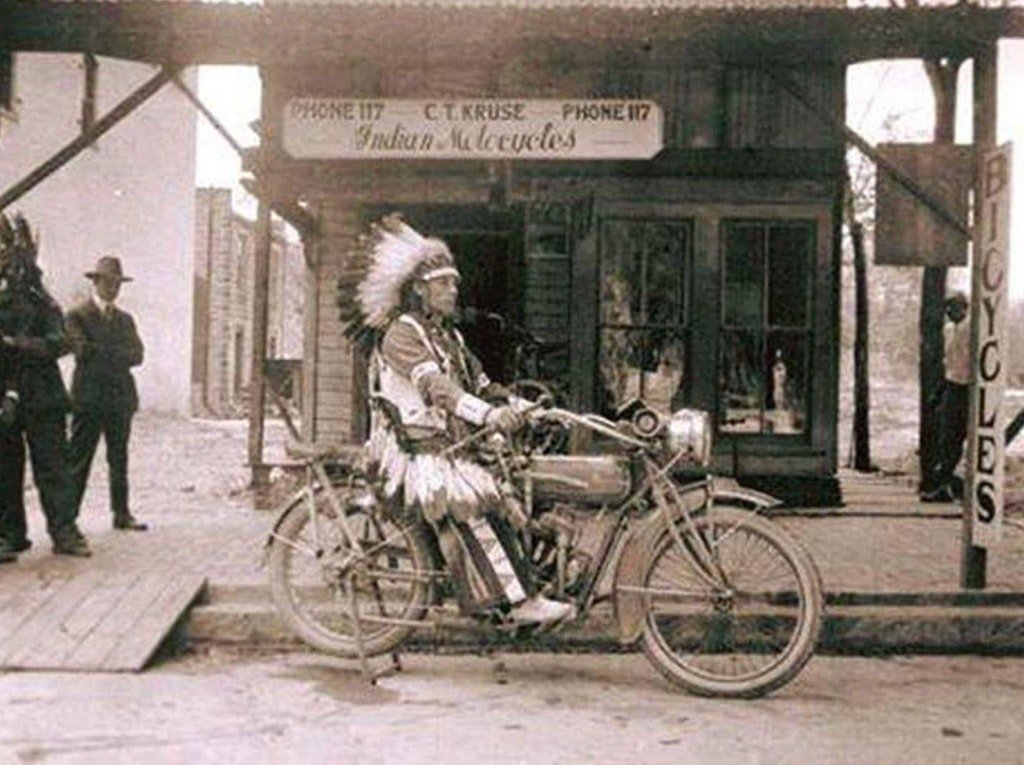 6. WWI, Protection of monuments during the war. 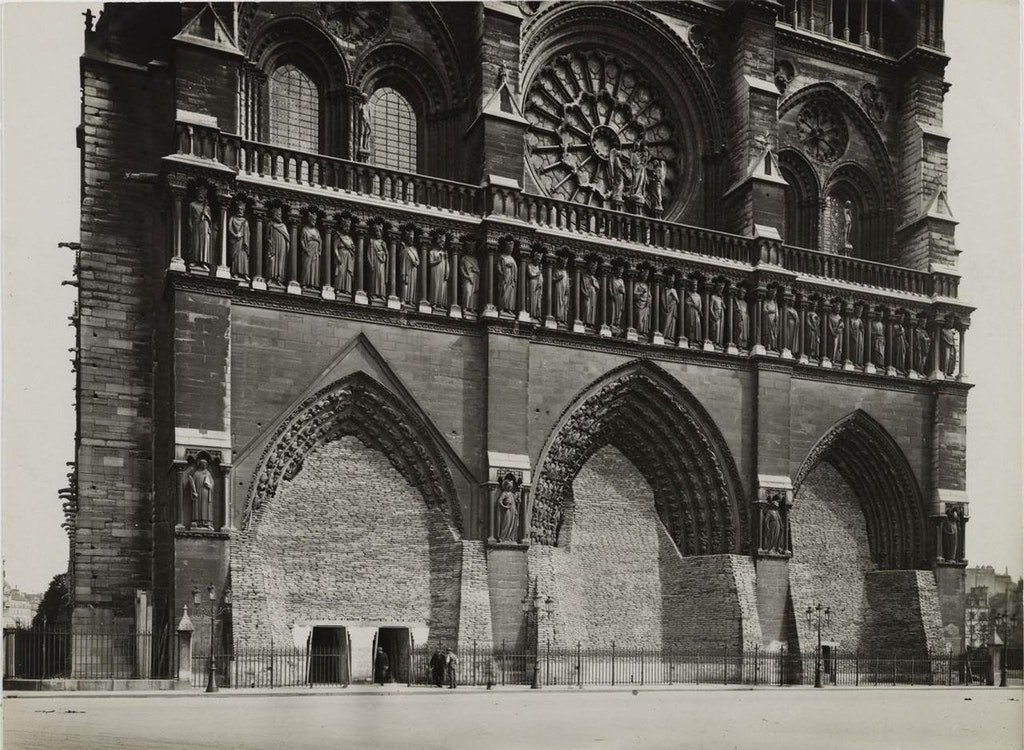 Sandbags protecting the portals of Notre-Dame de Paris in 1918. 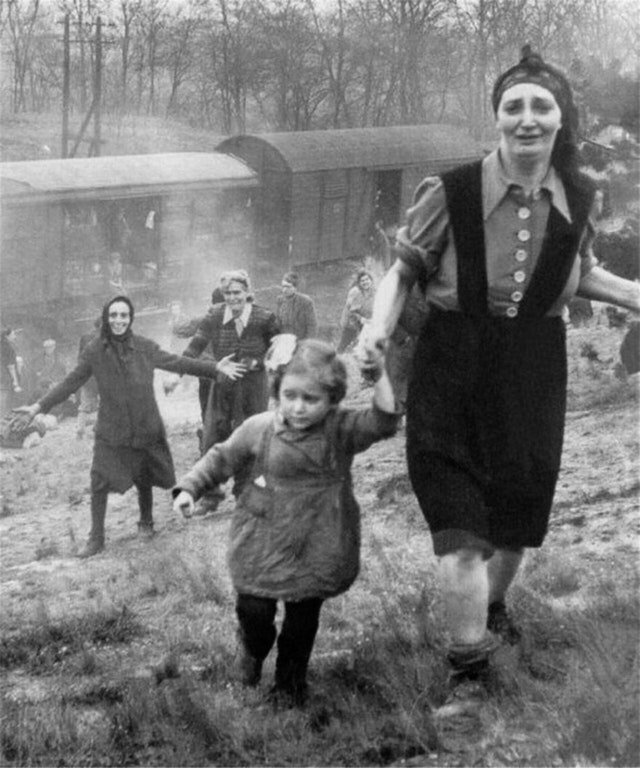 Jewish prisoners of Bergen-Belsen concentration camp in Germany, on a transport to Theresienstadt north of Prague, moments after they were liberated by the US forces on April 1945. 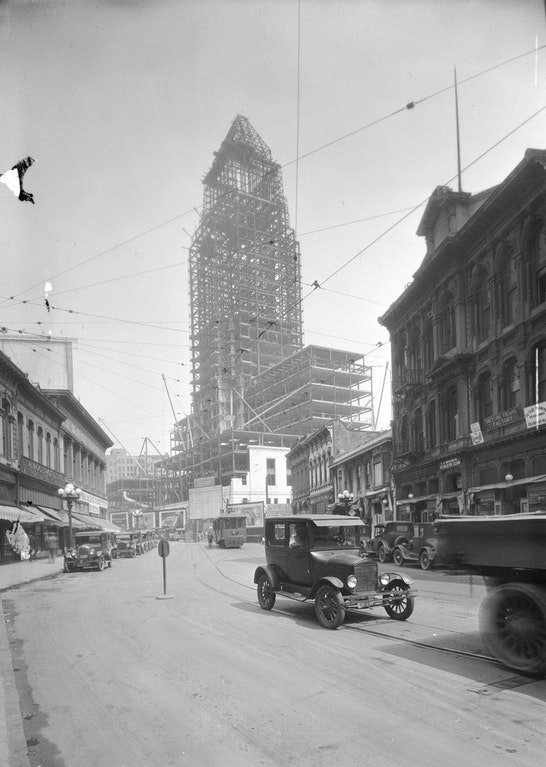 9. A man standing in the lumberyard of Seattle Cedar Lumber Manufacturing, 1939. 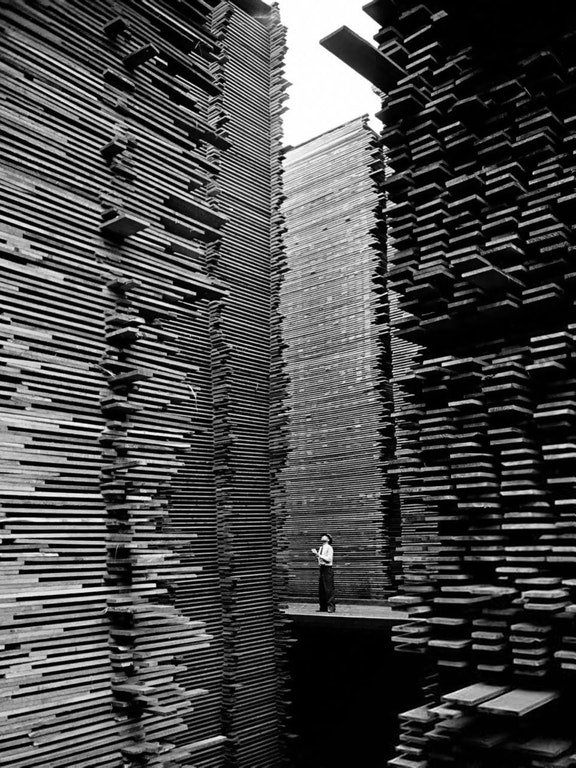 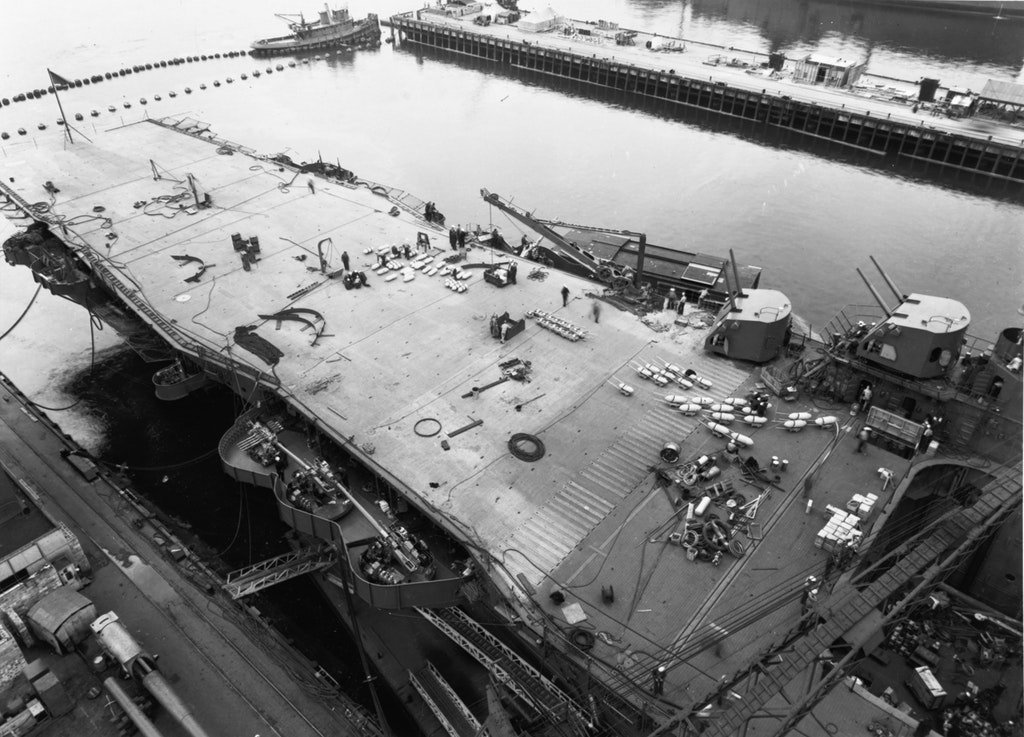