So we have decided to continue with the Interesting Historical Photos series. Here is part 11 of the series. 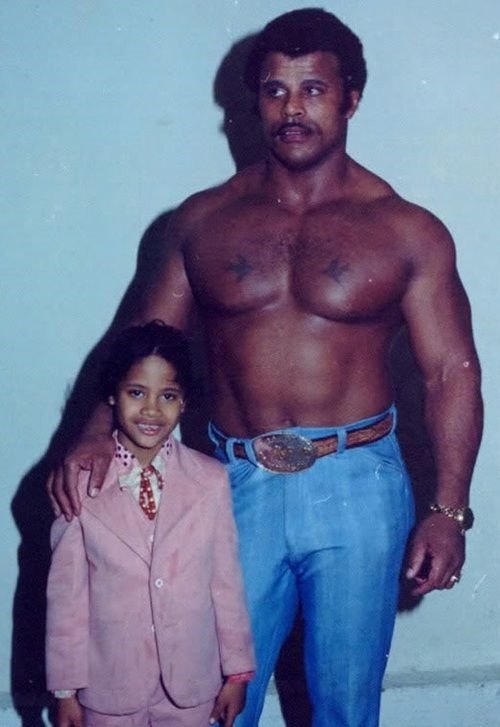 Dwayne “The Rock” Johnson and his father Rocky Johnson. (1981). In his very first acting role, Dwayne appeared on That 70’s Show as his dad Rocky. Rocky Johnson himself was a popular wrestler back in the day. His family were Loyalists who came to Canada during the American Revolution and consequently received their freedom from slavery. 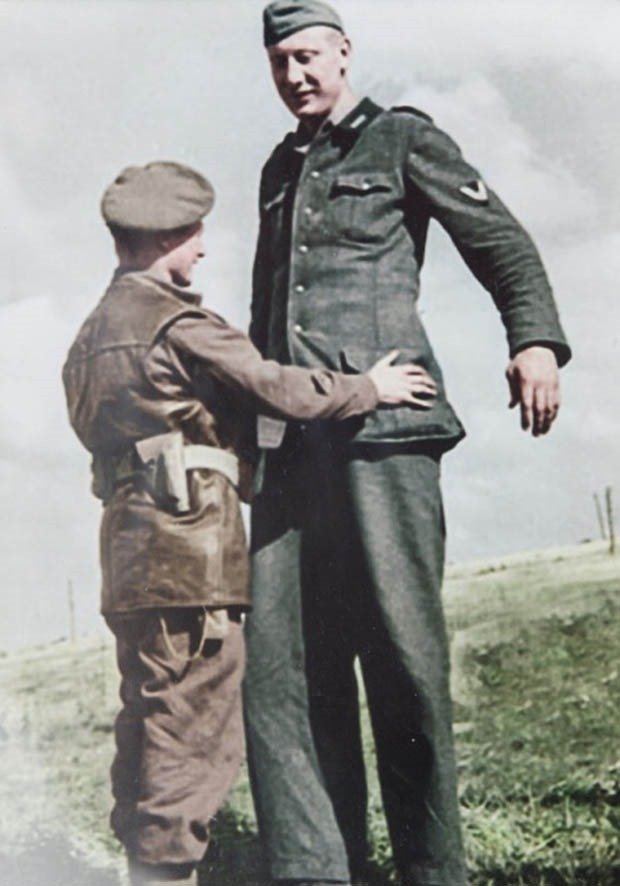 British corporal taking the surrender of a 7 feet 6 inch (228 cm) tall German soldier. (1944). Cpl Roberts, who stood two feet below him at 5ft 6ins, had the daunting job of frisking the German lance corporal for weapons before taking him prisoner. Out of shot of the photo, Cpl Robert’s comrades and even the captured German soldiers sniggered together at the sight of the little and large encounter. For just a few minutes before the picture was taken, Cpl Roberts faced a life-or-death duel with another German soldier who pulled out a pistol as he pretended to surrender. Luckily, he raised his gun in the nick of time and shot the enemy soldier dead. 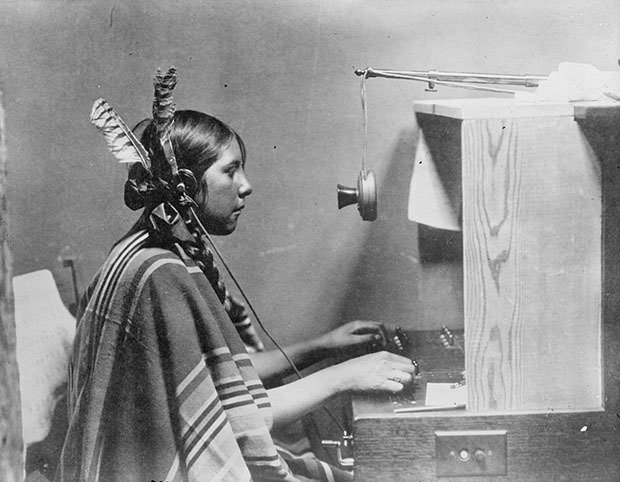 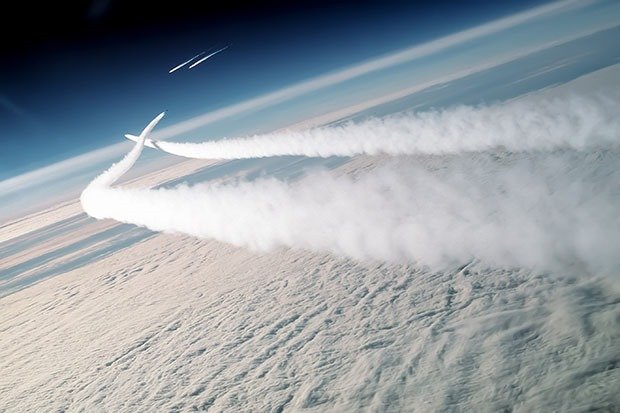 Two Soviet MiG-29 aircraft en route to an air show in British Columbia, Canada, are intercepted by F-15 Eagle aircraft. (1989). For those who don’t know, ‘intercepted’ doesn’t usually mean a hostile action in these situations. It’s pretty common for military aircraft just to fly out to get a closer look or as a simple show of force, especially when near a border. In this photo two Soviet Mig-29 were being intercepted by four (one is the camera ship, another one is not visible in this photograph) F-15s of the 21st Composite Fighter Wing, whose 43rd and 54th Tactical Fighter Squadrons patrolled 580,000 square miles from the North Pole to the tip of the Aleutian Islands. The planes’ contrails give an idea of the maneuver used by the U.S. fighters to intercept the Mig-29s. 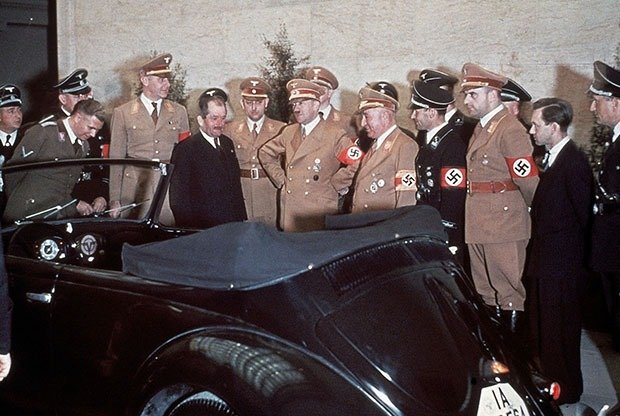 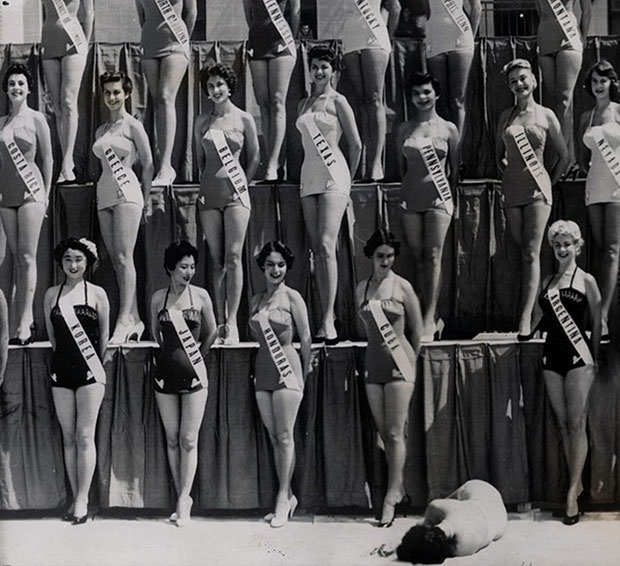 Miss Universe contestants continue to pose for pictures despite Miss New Zealand having passed out from heat exhaustion. (Long Beach, California 1954). The fallen lady was Moana Manley and she was not the only one who got sick that day. Here’s a newspaper article from back then. If you look at the photo closely there is a Ms. Tennessee and a Ms. Memphis, Tennessee. And Texas, Pennsylvania, and Illinois apparently are countries. So it seems every country gets one entry and the U.S. gets every state plus some cities thrown in for good measure. 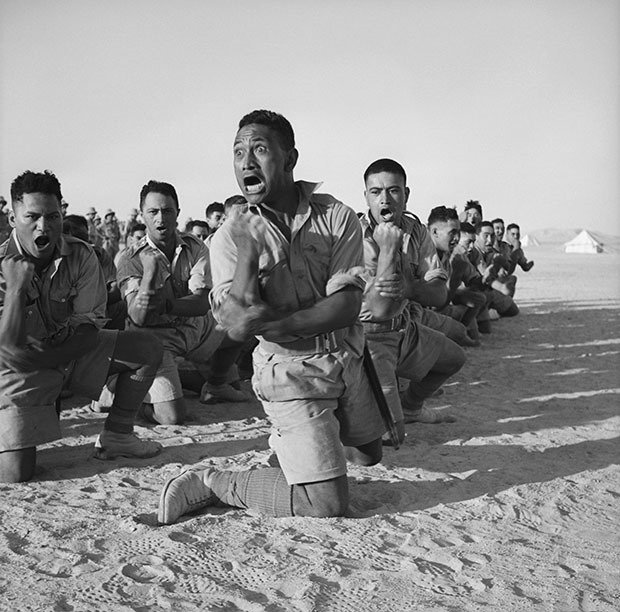 Māori Battalion performing the haka in Egypt, 1941. For those who don’t know what the haka is here is a youtube video of it being performed.

One of New York Central’s “Mercury” engines in Chicago. (1936). Interestingly, there’s a plain old steam locomotive underneath the streamlining – it’s just a shroud, for design purposes. Most of the engines at that time did not have a frontal window for the engineer to see through. Like I suppose happened in this machine too, the engineer would ‘pop out’ his head through a side window located on the rear of the machine. This was both practical and necessary at the time, as the front-end of the machine will be reserved to put the coal and generate the heat necessary for the train to move on. 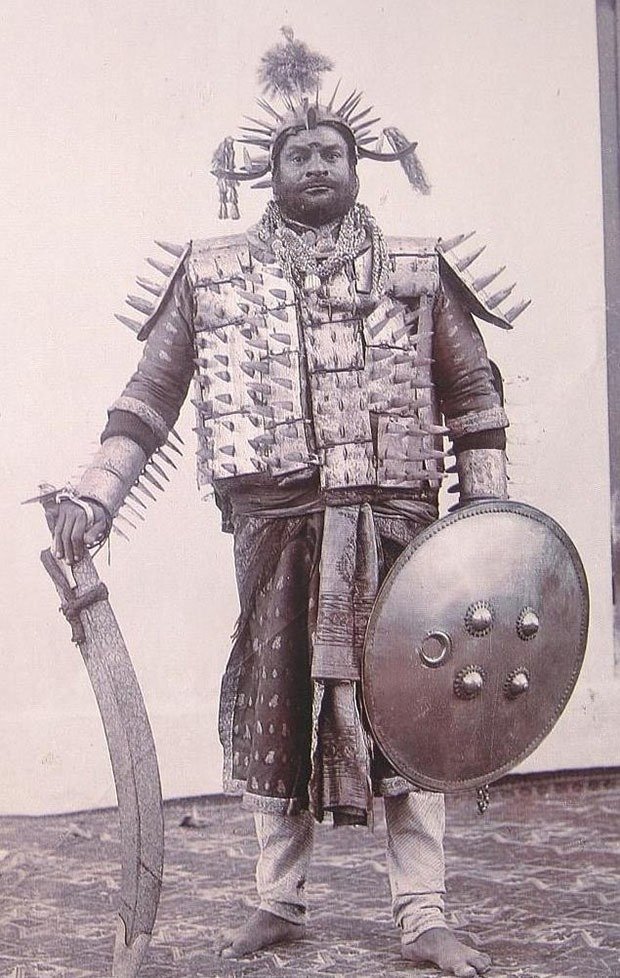 Indian executioner in 1903. I cannot find much info on this after a short search except the pic may have been taken at the Delhi Durbar in 1903 and/or the pic may be The Lord High Executioner of the State of Rewah, Central India, 1898. 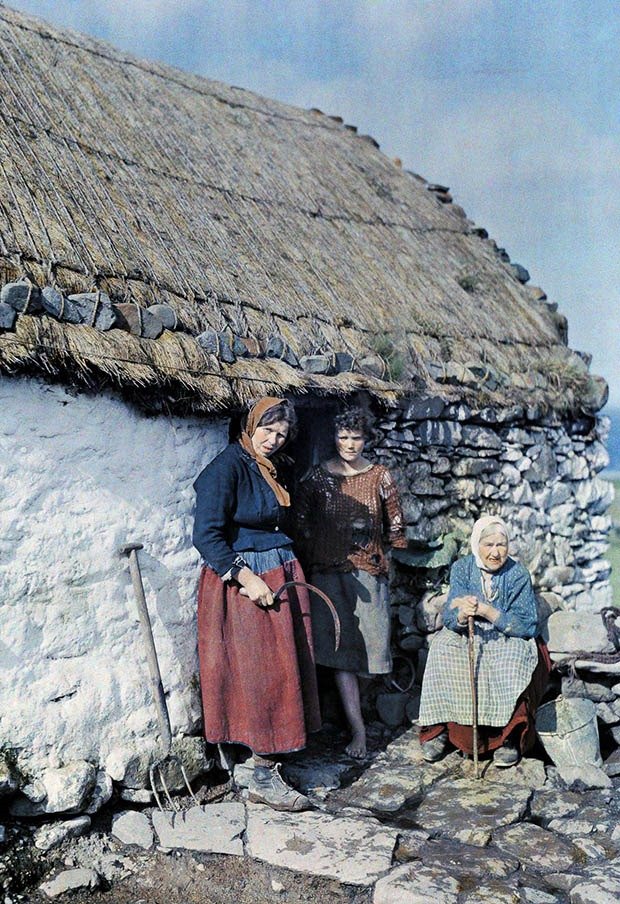 Three generations of women stand outside their stone cottage in Ireland. (1927). 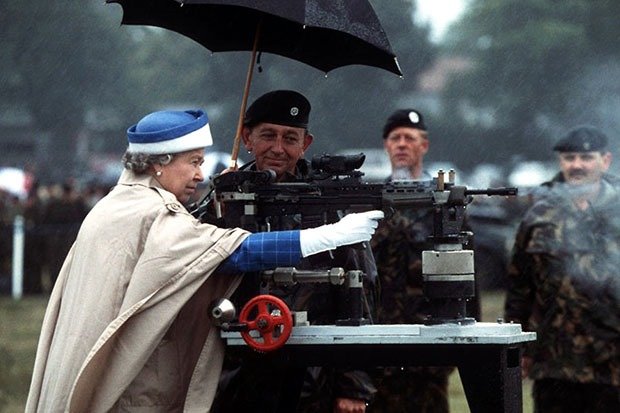 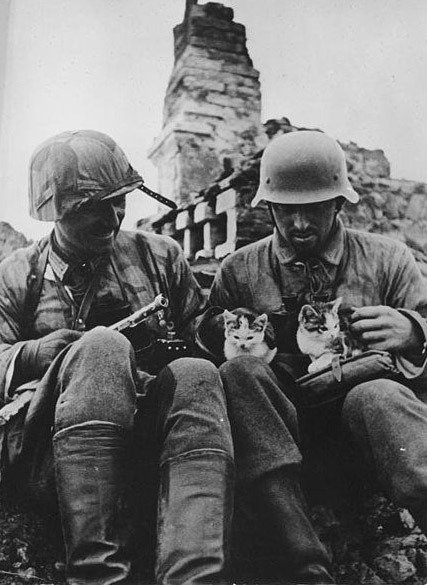