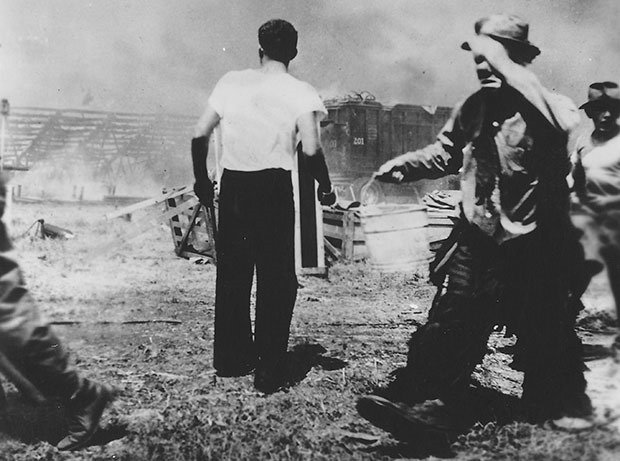 Emmett Kelly, the original “sad clown” rushes to help put out one of the worst fire disasters in US history, the Hartford circus fire in 1944. The fire occurred during an afternoon performance of the Ringling Brothers and Barnum & Bailey Circus that was attended by 6,000 to 8,000 people. More than 165 people died and more than 700 were injured. For those who remember the Match Game of 70s television fame, Charles Nelson Reilly, a regular on the show, was one of the survivors. As clowns go Emmett Kelly was one of the least scary-looking ever. The typical reaction to his appearance was great sympathy, especially during the times (Great Depression). 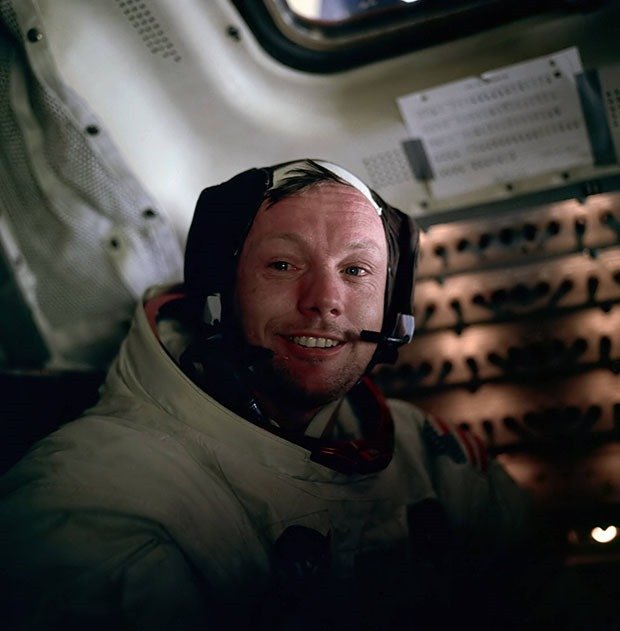 A teary-eyed Neil Armstrong photographed by Buzz Aldrin shortly after walking on the moon, 1969. There is a wonderful book called “Full Moon” that is high quality prints made from the master dupes of the Apollo 70mm film. My favorite shots are the post-mission ones. Seeing how they all were simultaneously awestruck and weary speaks so much about their experiences. People have frequently scorned Armstrong for not speaking to any media after the moon landing but as described in the documentary In The Shadow Of The Moon, the landing on the moon was not a single persons accomplishment or even a nations accomplishment, It was an achievement to be shared by everyone on Earth. We can all take part in the awesome achievement because we don’t have a single person on newsreels taking credit for the action. He was the absolute perfect person to be chosen to walk on the Moon first because he understood this and prepared for it in advance. Thank you for that and RIP Neil Armstrong. 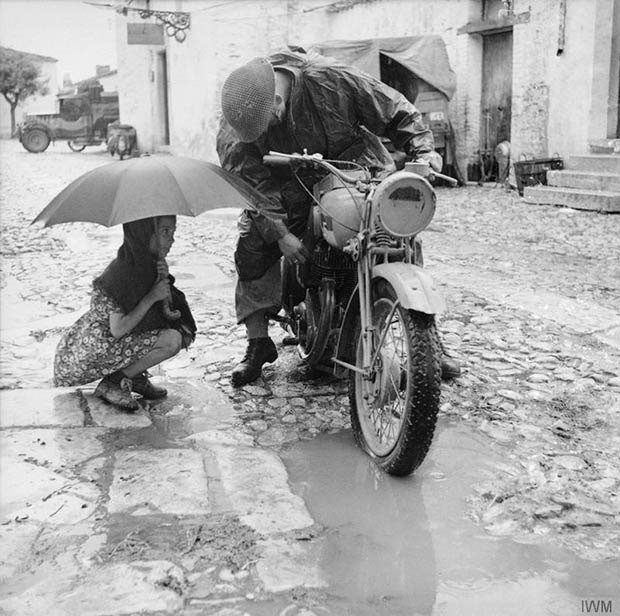 A little girl holding an umbrella watches a British dispatch rider attempt to clear the carburetor of his motorcycle in rain in Italy. (4th October 1943). It looks like he’s tickling the carb. On older British bikes, there was a little plunger (the tickler) you would push in order to give the engine a little extra gas which made it much easier to start when cold. 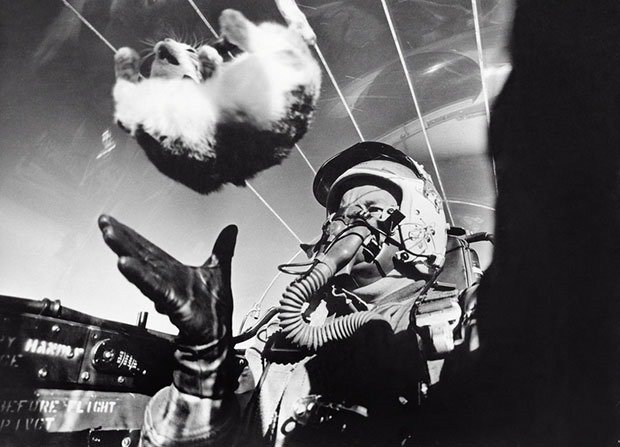 Studying the effects of weightlessness on a living mammal at 25,000 feet. (1958). For The Times Magazine, a “Portrait of the Ideal Space Man,” if not the ideal space cat, from February 1958. As experts were contemplating the medical specifics of what weightlessness in space would do to a living, breathing human being, an unlucky kitten was volunteered as a stand-in, floating from the hand of Capt. Druey P. Parks inside an F-94C jet at 25,000 feet. The article, by Donald G. Cooley, characterized the cat’s reaction as “bewilderment.” Photo: Sam Falk/The New York Times 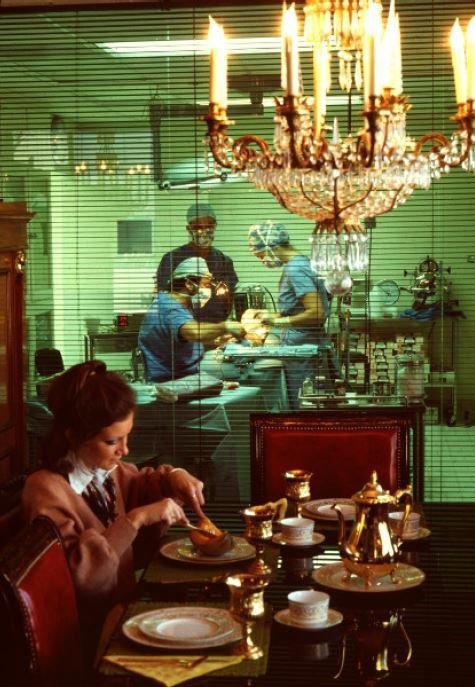 The office manager tucks into lunch in a dining room adjoining the surgery suite of a Beverly Hills plastic surgeon. Photograph by J. Ross Baughman. 1983.  I like how it looks like they both perform the same action. 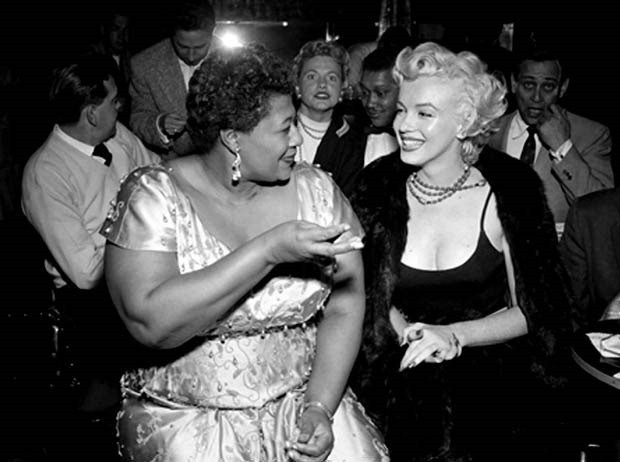 Marilyn Monroe with Ella Fitzgerald at the the Mocambo, a popular Hollywood night club at the time. They would not book Ella because of segregation. Marilyn told the manager that she would reserve a front row table every night Ella performed there. Ella performed a week later in 1955. 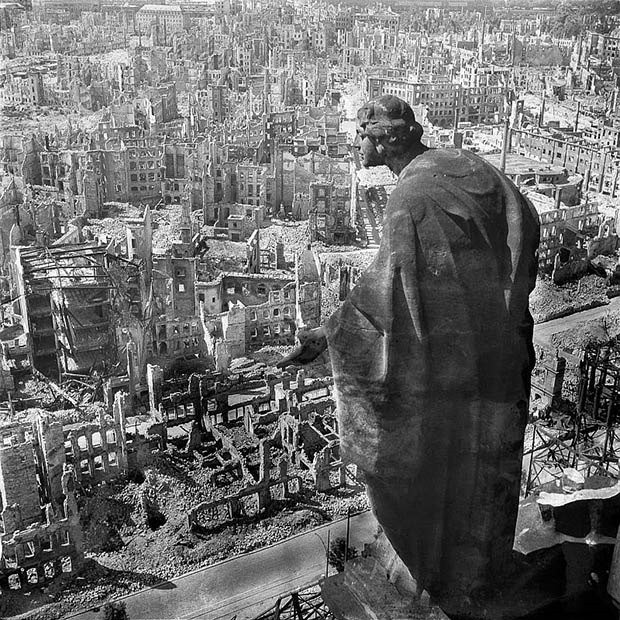 Dresden in ruins after Allied bombings, February 1945, Germany, WWII. For those interested, Kurt Vonnegut’s Slaughterhouse Five is a brilliant book and he talks about how we survived the fire bombing of Dresden while a POW there. 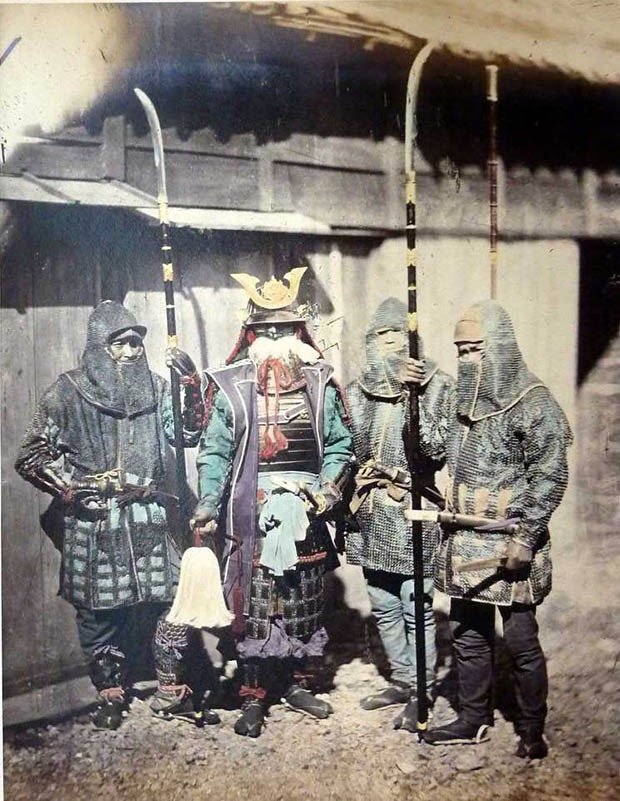 A Rare Photo of a Japanese Samurai. 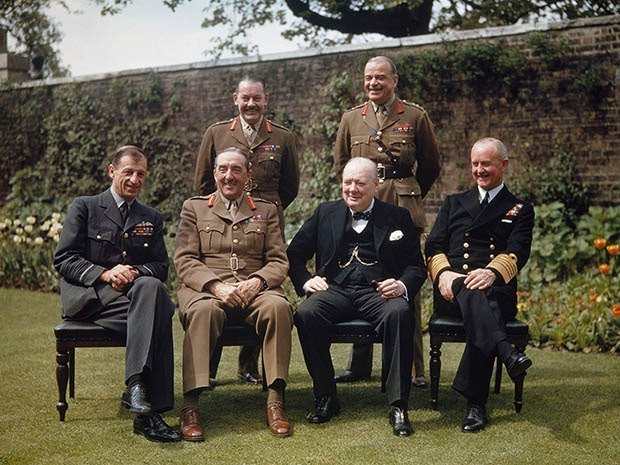 Winston Churchill with his chiefs of staff in the garden of No. 10 Downing Street, on the day Germany surrendered to the Allies, 7 May 1945. 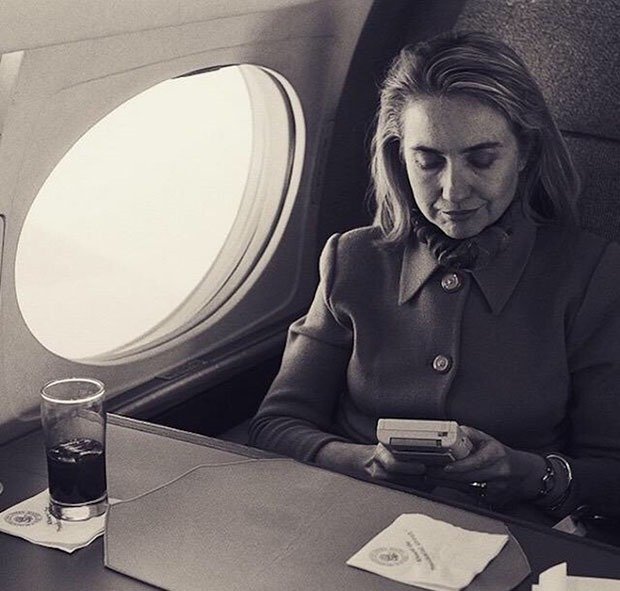 Hillary Clinton Playing Game Boy in 1993. This picture was taken around the time of Hillary’s father’s death. 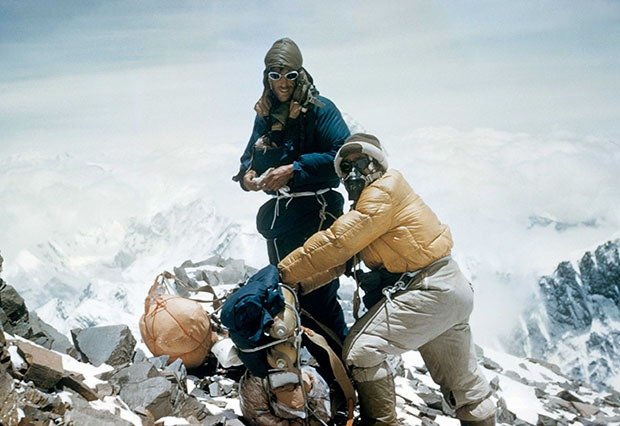 Sir Edmund Hillary and Tenzing Norgay on Everest in 1953. Just to clear up confusion, they are on Everest in this picture, but not at the summit. Only Hillary took a picture of tenzing at the summit, he refused to have his own picture taken. So this would be somewhere further down on the mountain, taken by one of the 400+ people involved in the expedition. So why did Hillary refuse to have his picture taken at the summit? I think it had something to do with Hillary’s not wanting to take all of the credit for the climb. If he had gotten his picture taken, it would have been the one associated with summiting Mount Everest. Norgay said that Hilary summited first while Hilary said they both made it at pretty much the same exact time. 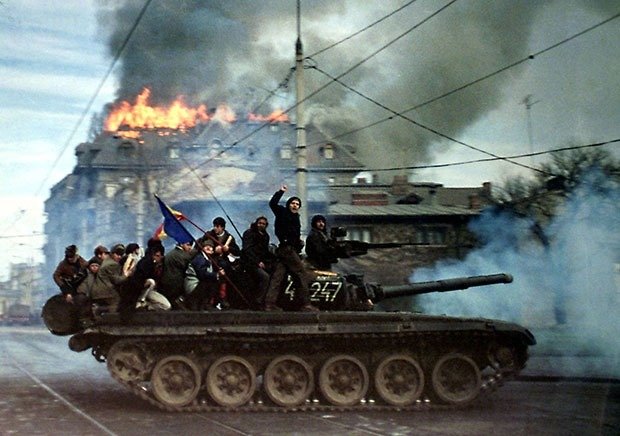 25 years ago, the last removal of a Communist regime in a Warsaw Pact country. Bucharest, Romania, 1989. Some info and background of the revolution: 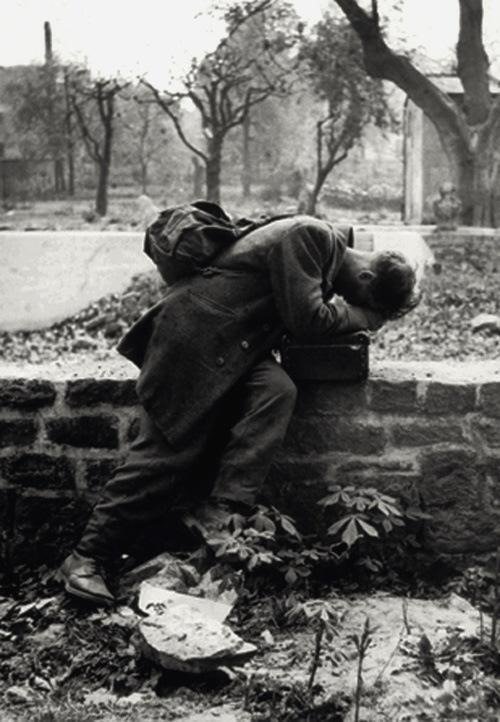 A German soldier returns home only to find his family no longer there. Frankfurt, 1946.