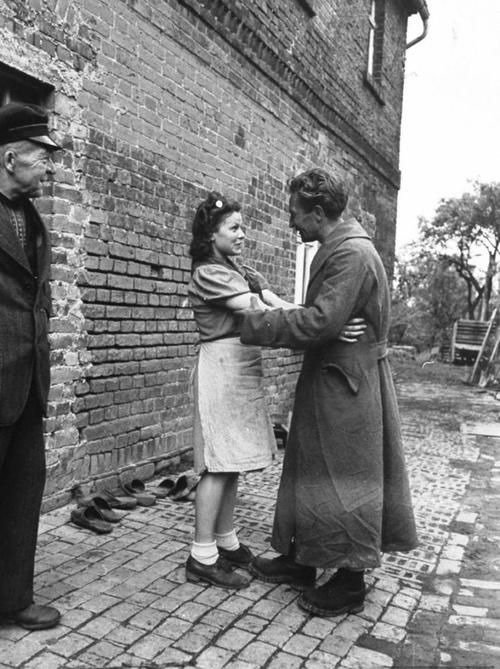 After being released from Allied detention, German POW Heinz Pelschner reunited with his wife, June 1945.

I personally knew a man who had been in the Wehrmacht during the early portion of the war. He had been captured by the Canadians who transferred him to a POW camp in Ontario. His description of the camp was one of absolute joy.

They sent him and other POWs to work, but the conditions were very amenable. They had dances, food, cigarettes and coffee. They weren’t mistreated and the younger POWs (this guy was probably 16/17 when he was captured) were often given study materials. By the end of his detainment he had learned fluent English. He negotiated with the guards and they agreed that if he could find a job and a place to stay by the end of the day, they wouldn’t forcibly repatriate him. Sure enough, he did and so true to their word, they let him stay.

He lived in Canada until the day he died. He had gone back to school and became a family physician in Ontario. He joked that the best part of war was being a prisoner. He said that being a guest of either the Germans or Soviets was hellish, but a Canadian POW had freedoms and luxuries. He died years ago, but fondly remembered his time in captivity. 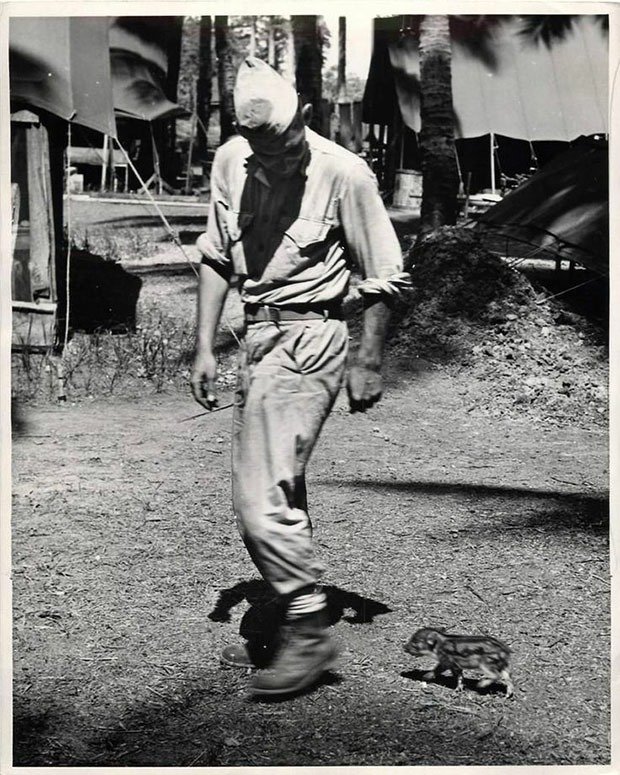 A US marine being chased by a baby wild pig, somewhere in the South Pacific. (1943). 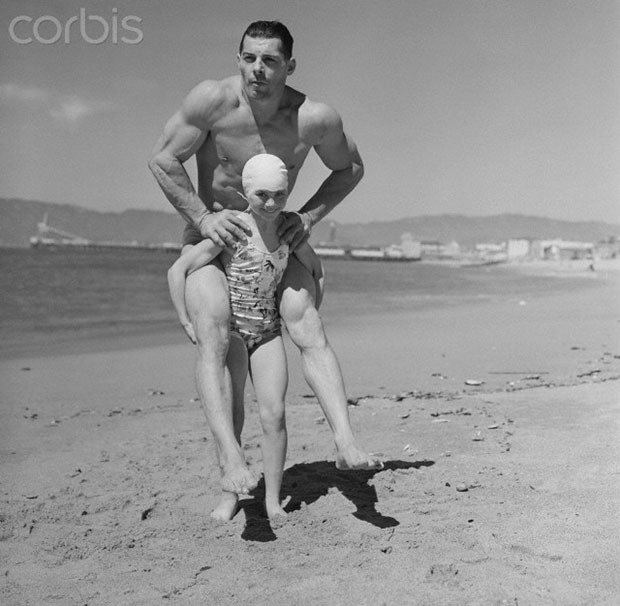 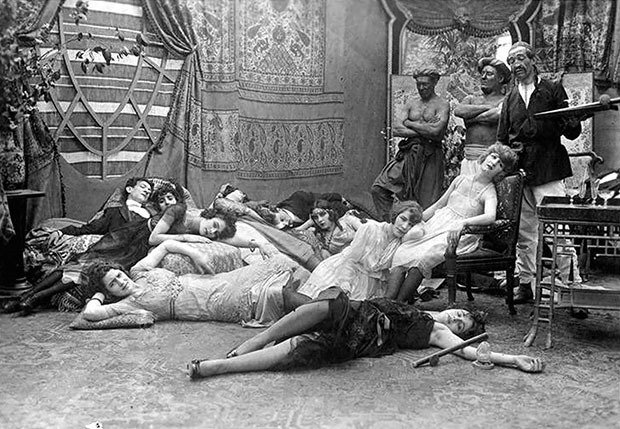 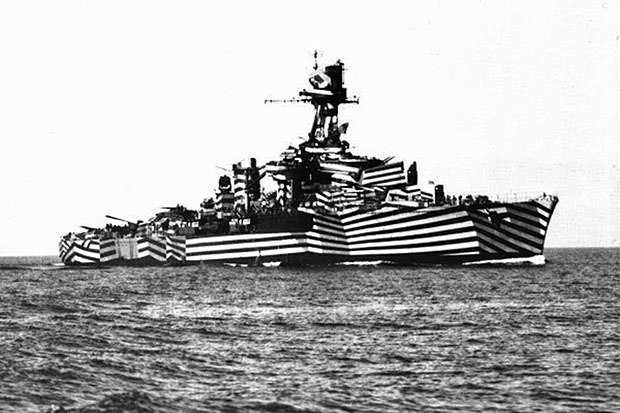 Dreadnought in dazzle camouflage. It works not by offering concealment but by making it difficult to estimate a target’s range, speed and heading. (1919).

You should remember that it wasn’t so much to screw with an engagement by two navies, but the submarines. A sub can’t hang out at the surface all day when there are enemy warships about, it’s dangerous if they’re spotted. Quick, accurate intelligence needs to be gathered and can only be done so by the periscope. This paint job helps break up the silhouette of the ship, which is one of the main ways of determining what the ship is, and from that the distance of the ship and a rough heading. I imagine it did cause some problems, but it’s difficult to know just how much it tripped up the u-boats. 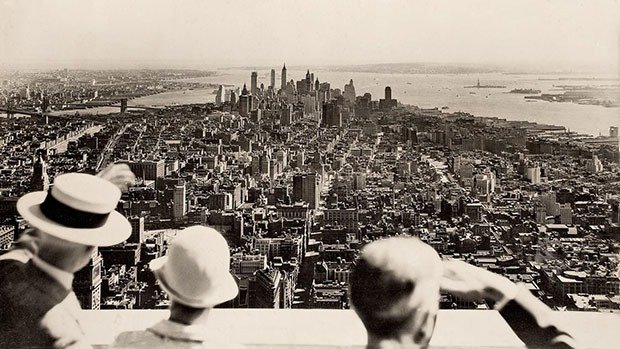 View from the top on the opening day of the Empire State Building. (1931). 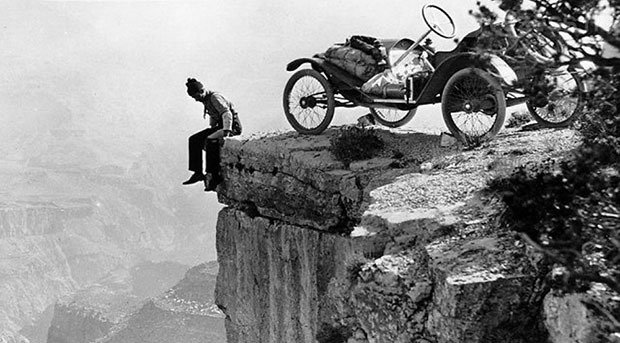 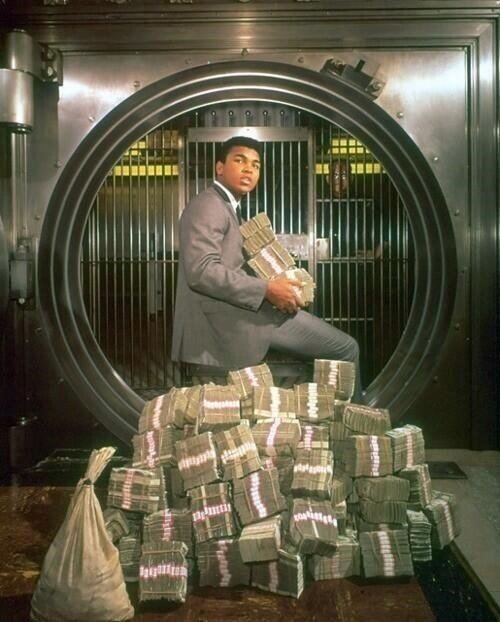 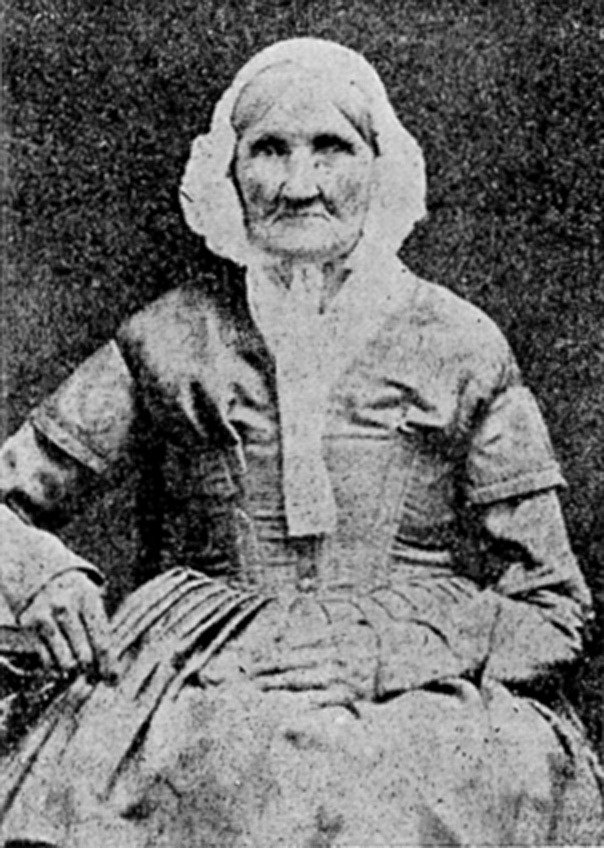 Hannah Stilley, born 1746, photographed in 1840. More than likely the earliest born individual captured on film. It’s interesting to think that this lady was about 30 when America came into existence. She is older than Mozart. 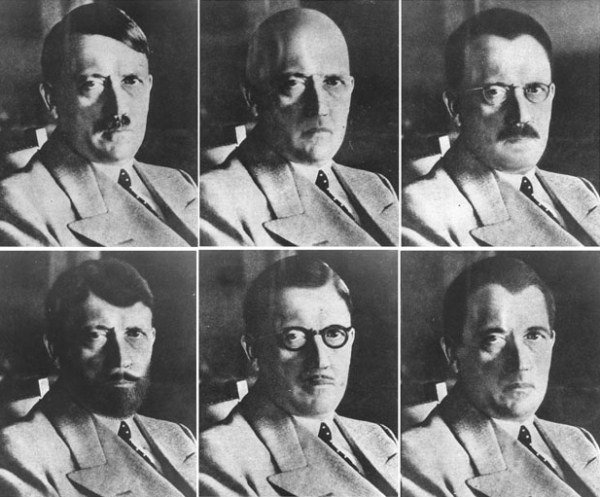 The first photo is the U.S. Government mockups of how Hitler could have disguised himself. (1940s). The second photo is from Canada that’s even funnier, with him dressed at different jobs. 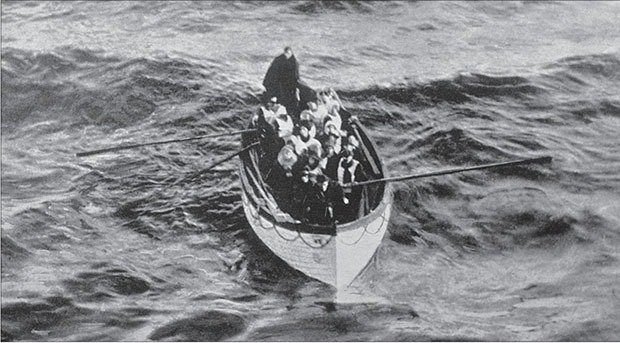 Titanic Lifeboat 6 approaches the rescue ship Carpathia, with quartermaster Robert Hitchens in back and crow’s nest lookout Frederick Fleet (who first saw the iceberg) in front. Among the survivors is The Unsinkable Molly Brown. (15 April 1912). They were 24 people in Lifeboat 6. It was actually launched with just 23, but at some point they linked up with another boat and a man from that boat came onto no.6 to help row. Also, this is the lifeboat that Rose refused to get into with her mother in the movie Titanic. Pretty amazing that a single lifeboat contained both the man who spotted the iceberg AND the man who was at the wheel when it hit the berg. Also, the man in the front of the ship with the beard was a French Canadian named Arthur Peuchen. When the lifeboat was being lowered, Quartermaster Hitchens shouted up to 2nd Officer Lightoller that there weren’t any men to help row. Peuchen told Lightoller that he was a skilled yachtsman. Lightoller told him that if he was really a skilled yachtsman that he should be able to shimmy down the lowering rope and climb into the boat, which Peuchen did. Also should point out that Fleet, the lookout, later hanged himself. 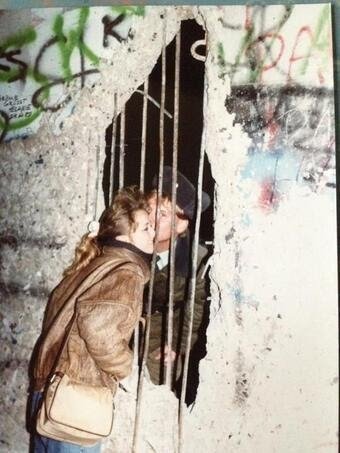 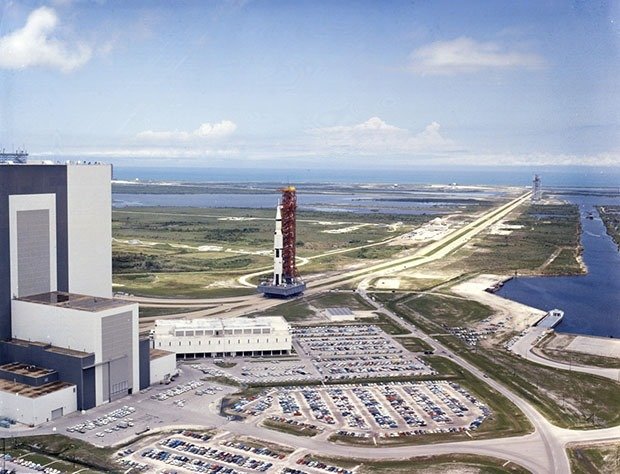 Apollo 11 being rolled out to the launch site of the Kennedy Space Center in July, 1969. Looking at those full parking lots make me sad. The industry isn’t quite booming like it was in this picture because the US is no longer afraid of the Russians developing superior space technology. A lot of companies have seen cuts in manpower, and the outlook for civil aviation isn’t exactly stellar. It’s average, at best. Even looking at private sector, SpaceX’s budget adjusted for inflation, is less than 10% of what NASA spent in the 1960’s.