11. Schoolgirls pedaling home to change their clothes because tight-fitting slacks, pedal-pushers, and shorts had been banned from their West Berlin school, 1953. 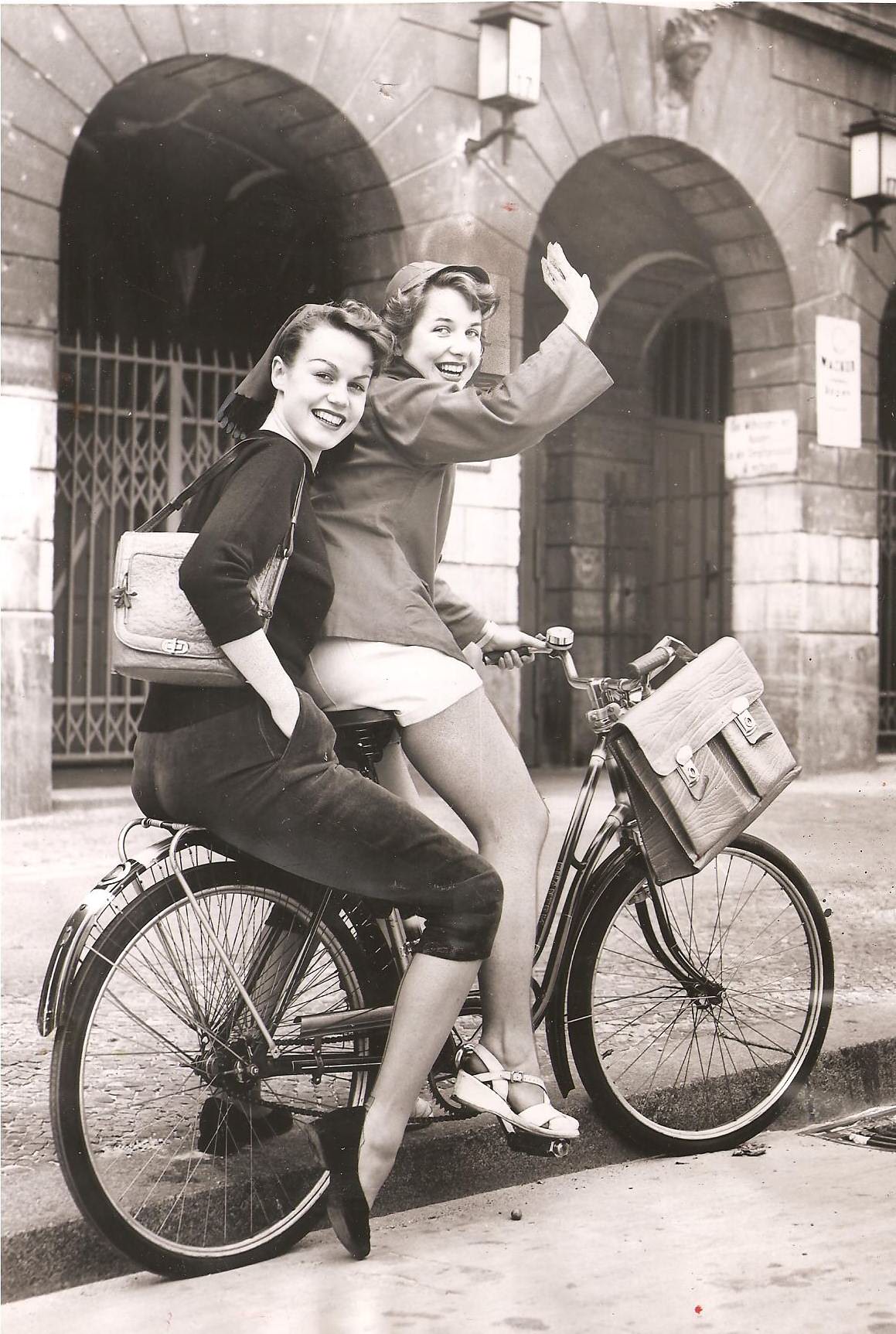 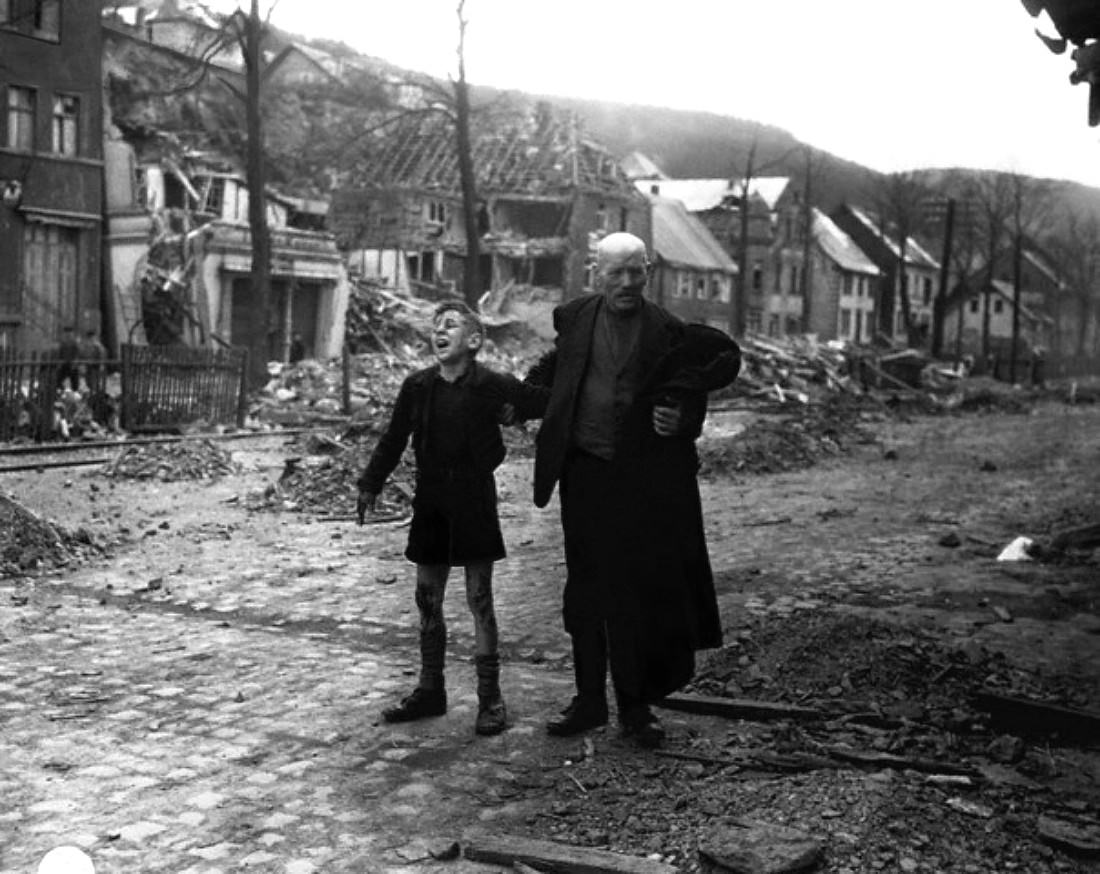 An elderly German man rushes a young boy, screaming in pain, to an Allied aid station after the boy picked up a pair of shoes that had been booby-trapped with explosives by retreating German soldiers, Altenbunnen, Germany, 12 April 1945. 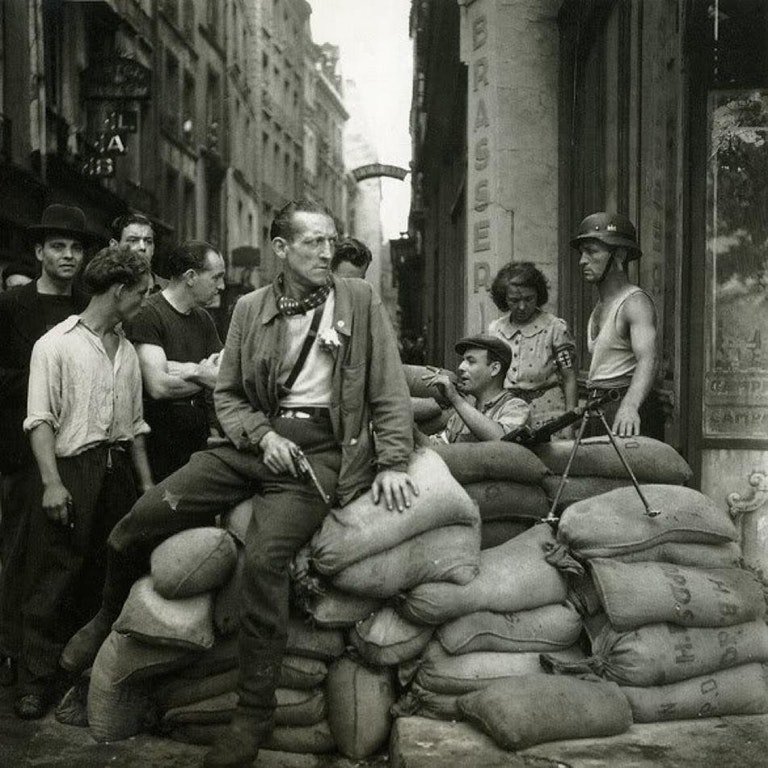 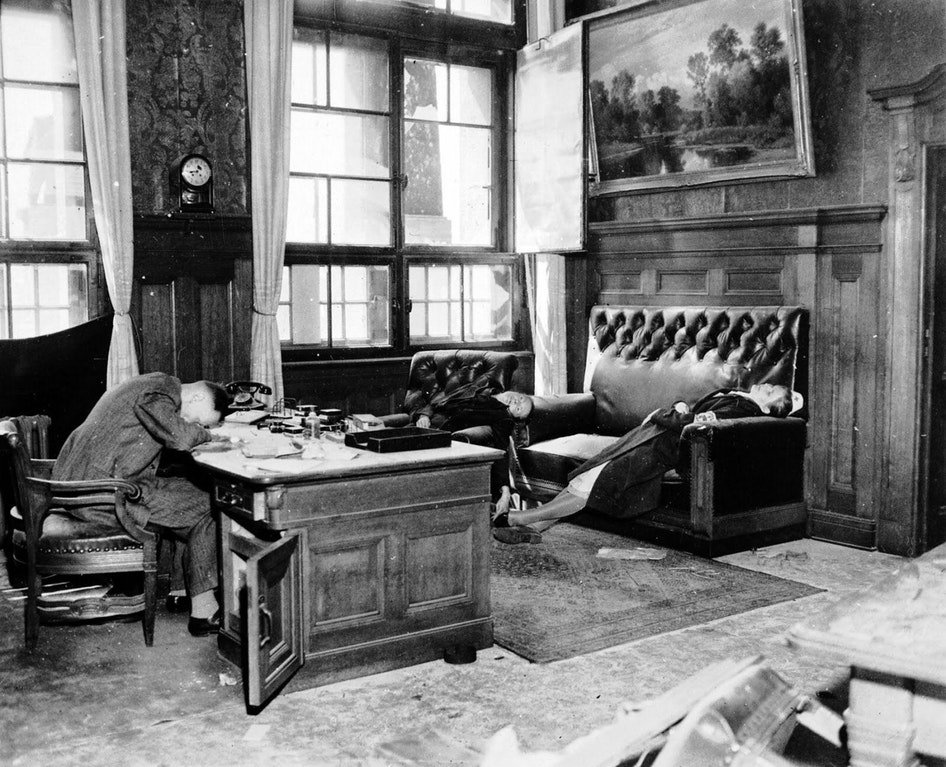 15. Policeman uses baton on gaelic footballer supporter at disorder after the game, 1971. 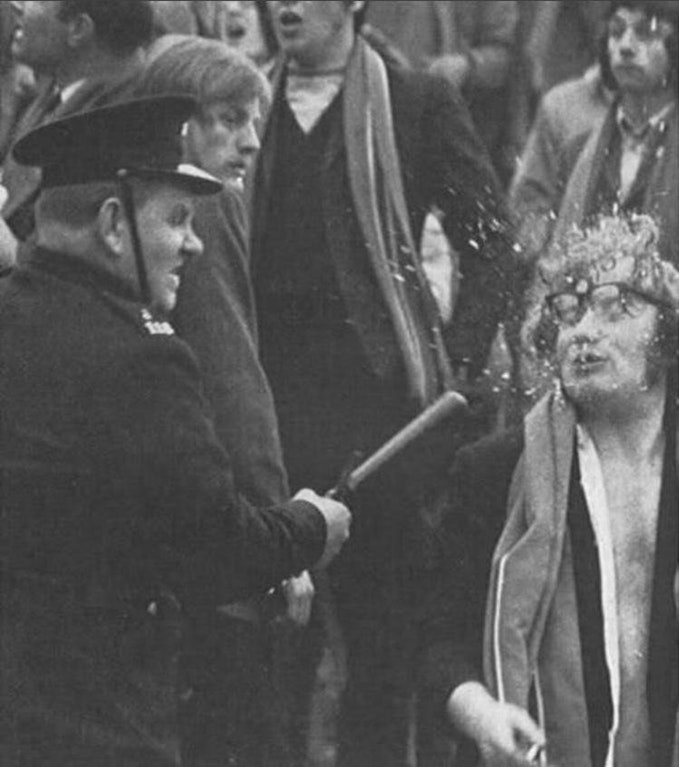 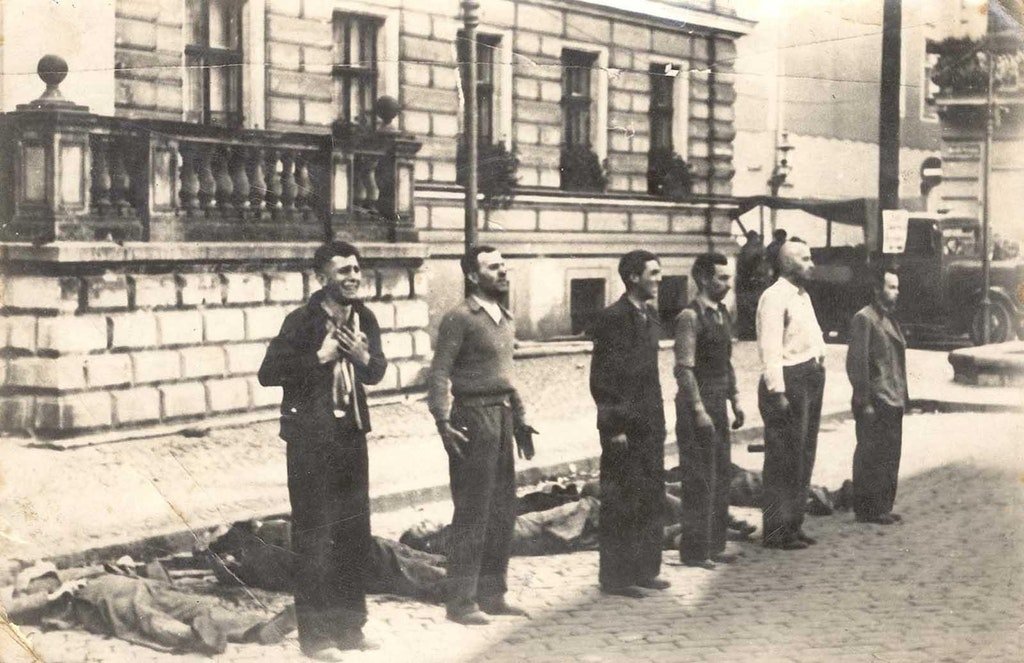 17. Paratroopers of the 101st Airborne Division displaying a captured Nazi flag in Normandy. 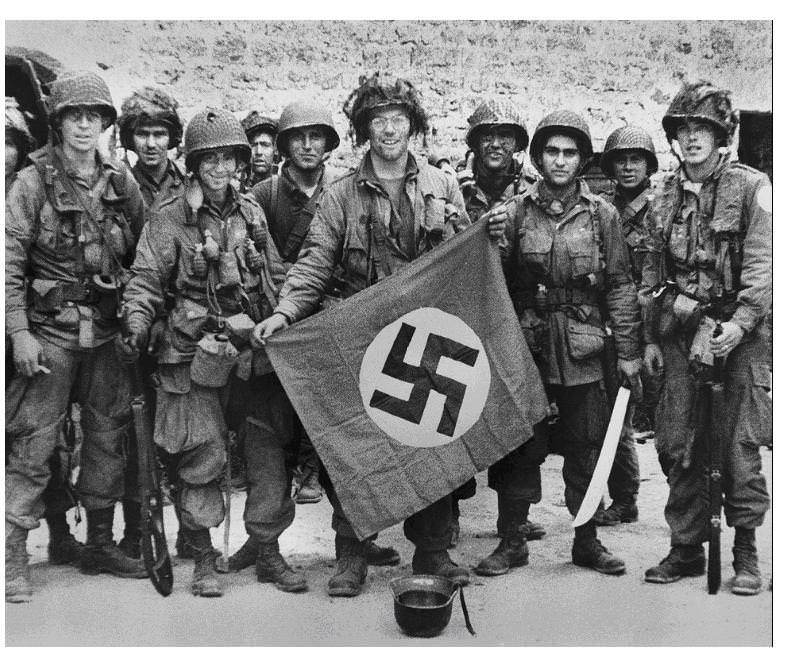 18. Archduke Franz Ferdinand with his wife on the day they were assassinated by Gavrilo Princip, June 28, 1914. 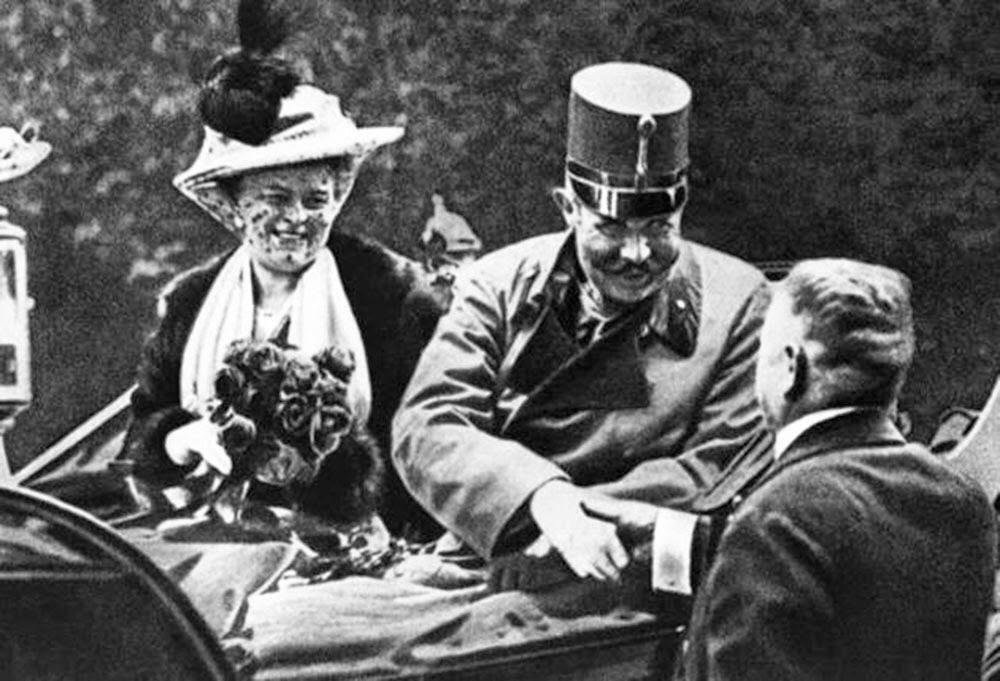 19. “A child identified only as Josh plays with the shield of a Georgia State Patrol trooper during Saturday’s Ku Klux Klan march in Gainesville,” 1992. 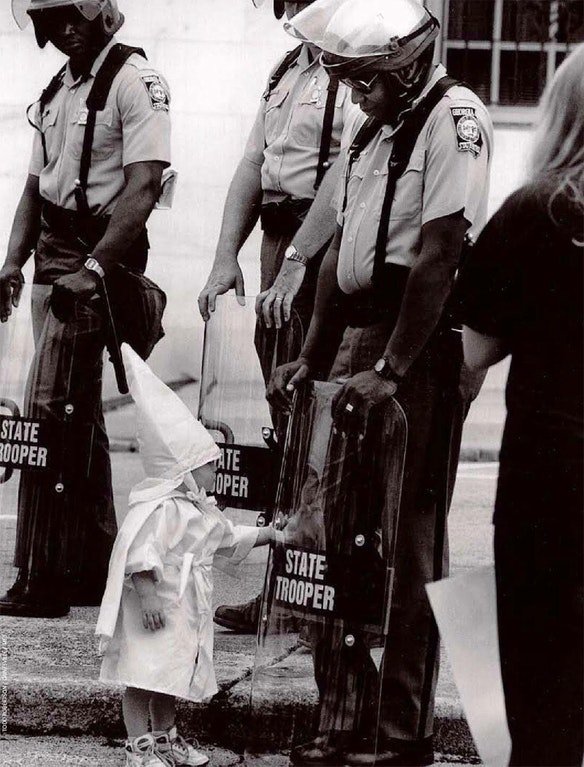 20. An East German policeman uses sunlight reflected off a mirror in an attempt to stop photographers from taking pictures in August 1961. 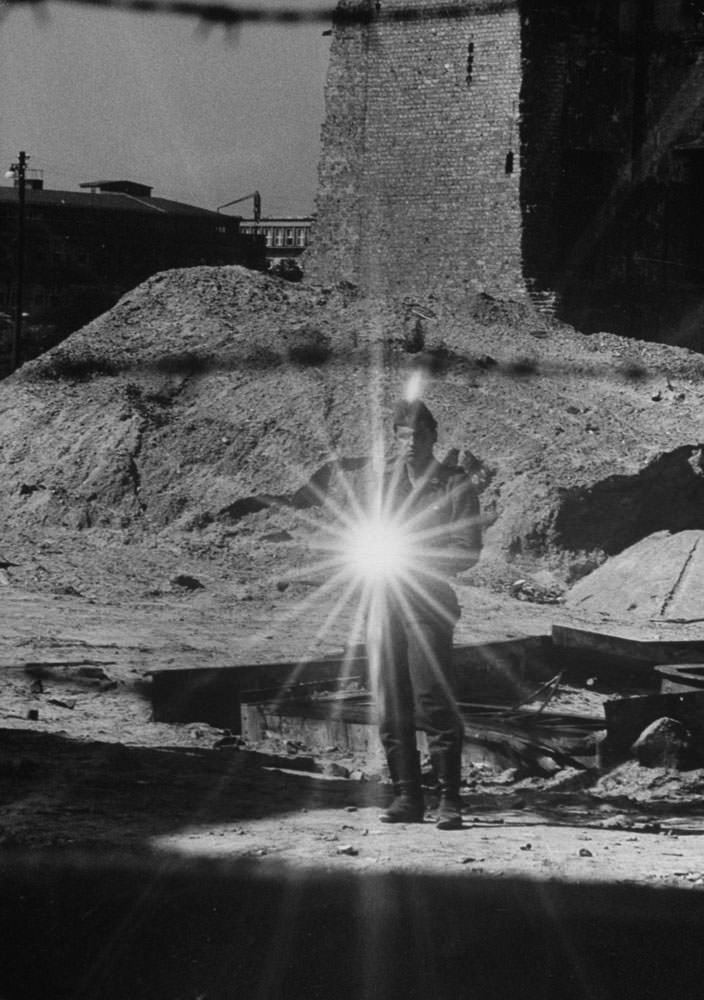