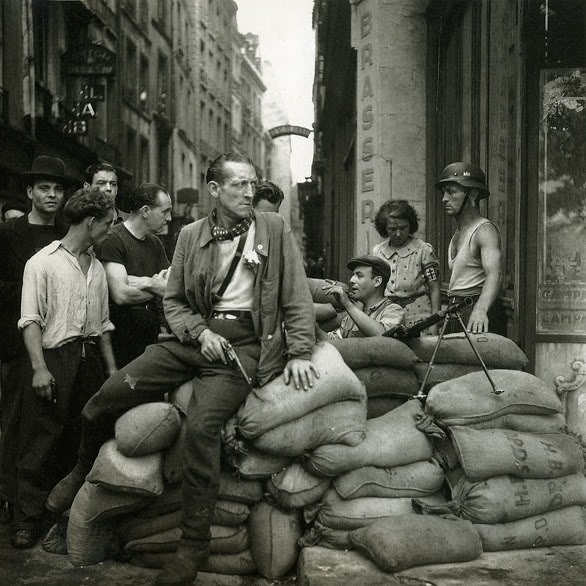 French Resistance fighters man a barricade in Paris (August, 1944). Some people like to poke the French about not being warriors. On the other hand, while much of their army folded in WW II, some got away and fought later. And then the resistance organized. Those people had balls of steel. And ovaries of steel! The bravery of the French people is a thing to recall today. I honestly agree with their government’s decision to surrender at the beginning of the war. Something we forget is that pretty much ALL of World War 1’s western front was in France. The French fought like madmen and kept the Germans out of Paris, but it cost them an astounding amount of blood, and left their cities destroyed and their farmlands full of ordinance. France lost more soldiers during WW1 than the USA during their whole history (including Civil War of course). 20 years later and they finally have things working again, and the the Nazis come knockin’. Their leaders basically said “we’re not going through that again.” Even with the benefit of hindsight, I think that was the right call. 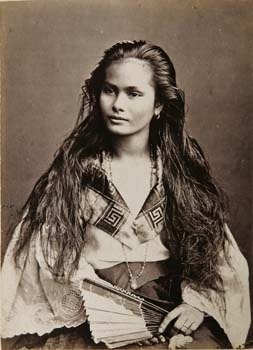 Photo of a girl of mixed Chinese and indigenous/Indio (Filipino) ancestry. (1850). 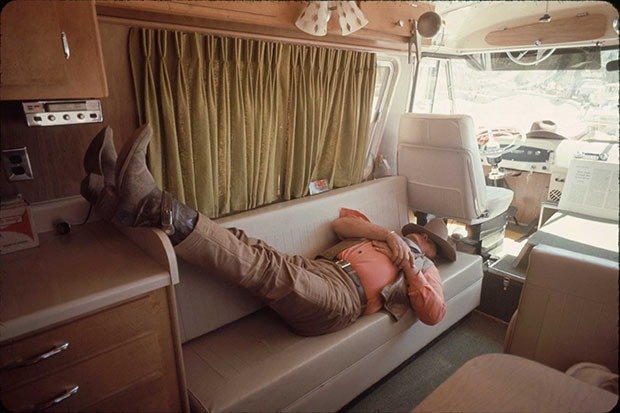 John Wayne takes a break during the filming of ‘The Undefeated’. (1969). Wayne’s biographer Michael Munn chronicled Wayne’s drinking habits. According to Sam O’Steen’s memoir, Cut to the Chase, studio directors knew to shoot Wayne’s scenes before noon, because by afternoon he “was a mean drunk.” 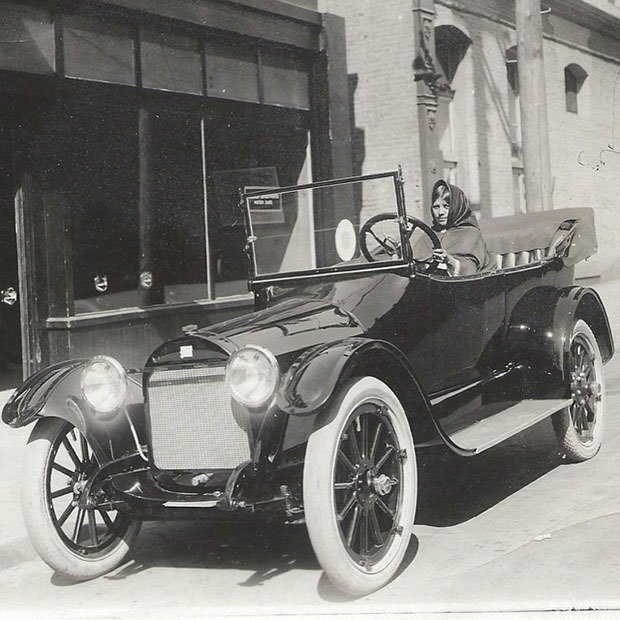 “INDIAN MAID OWNS AUTO. Isabelle Craig, of Tmatllla Tribe, Is Cultured. PENDLETON. Or., April 7. (Special.) Isabelle Craig, 18-year-old daughter of Joe Craig, prominent Umatilla Indian, yesterday became the first Indian girl in this part of the country if not In the entire West to own an automobile. Miss Craig received a good education In English at the Catholic school on the reservation and is studying music at St. Joseph’s Academy, in Pendleton.”

She got the car before she got her driver’s license. She never even considered having a license until she was about to get fined for not having one. 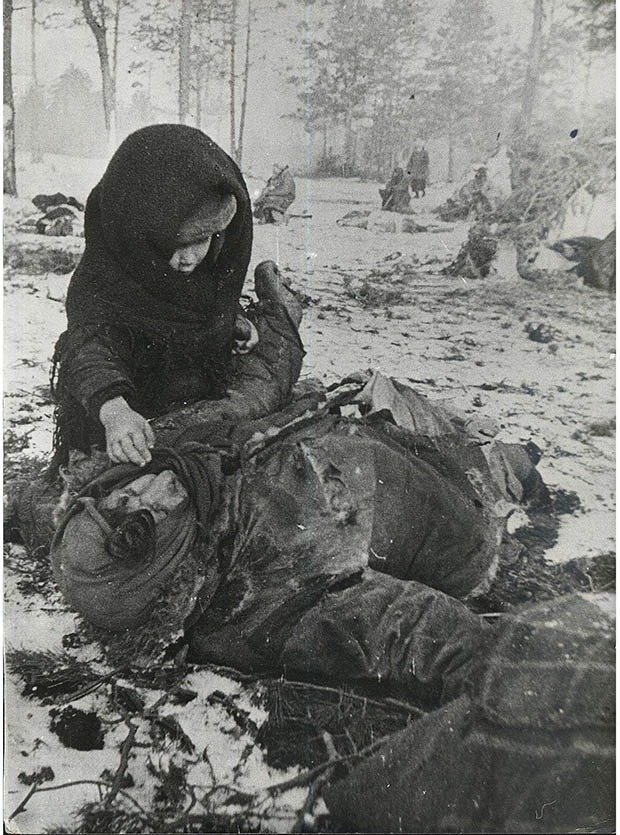 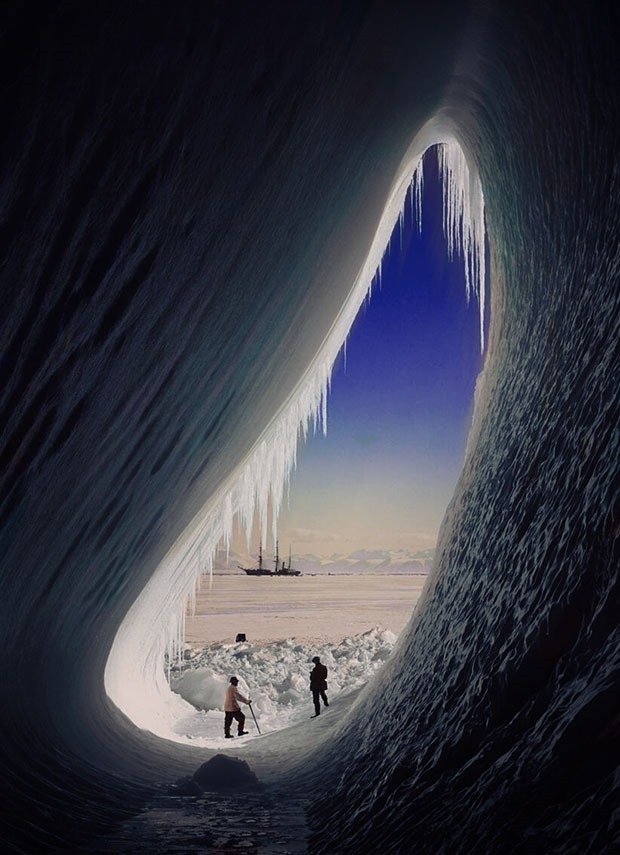 This photo was taken by the British Terra Nova Expedition to Antarctica, before their entire Polar team would die on the way back from the South Pole to their ship.  (1910). This expedition was documented on film by Herbert Ponting and released in 1924 as the film “The Great White Silence.” 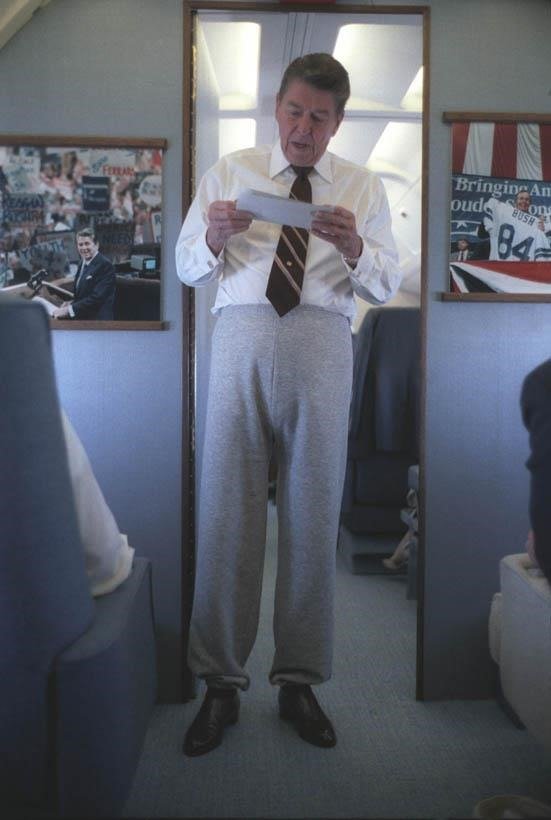 President Reagan wearing sweatpants talking to staff aboard Air Force One on a trip to Iowa. (September 20, 1984).  He did this to keep his pants creased while he was in flight. I’m surprised he allowed this photo to have been taken. He was a sharp dressed man. 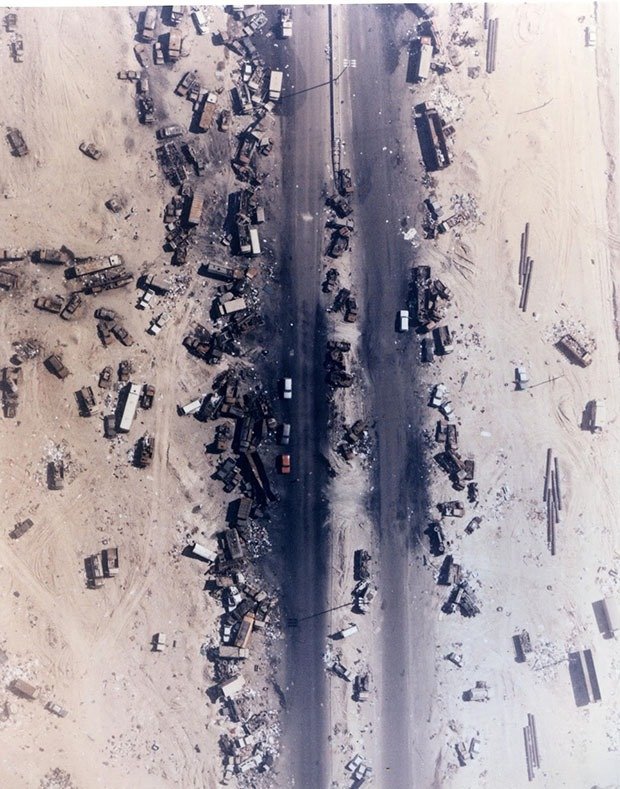 Highway of Death, Kuwait. 1991. The result of American forces bombing retreating Iraqi forces. Those trucks were full of loot stolen from Kuwait. It should be emphasized that retreating does not equal surrendered. If they haven’t surrendered then they are enemy combatants. There is no reason not to bomb them, especially if they are going to drive 40 km down the road and set up new defensive positions then you will regret not doing so, which is presumably what they were planning on doing since they hadn’t surrendered. They really should have seen this coming and abandoned those vehicles. There were A-10 warthogs flying overhead for weeks by then. The ones who surrendered while on foot were all fine. 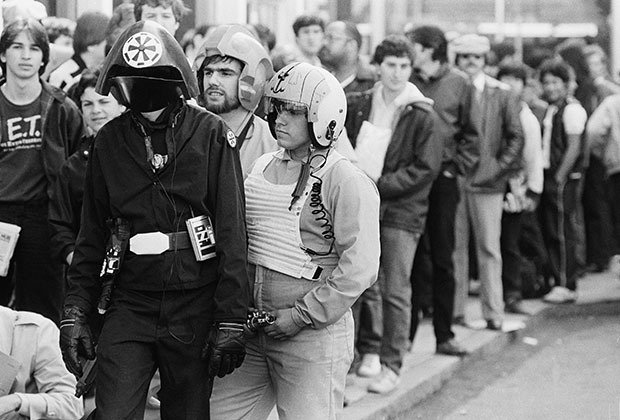 Three costumed fans stand in line to buy tickets for the premiere of the “Return of the Jedi”, outside a Boston Theatre on May 25, 1983. 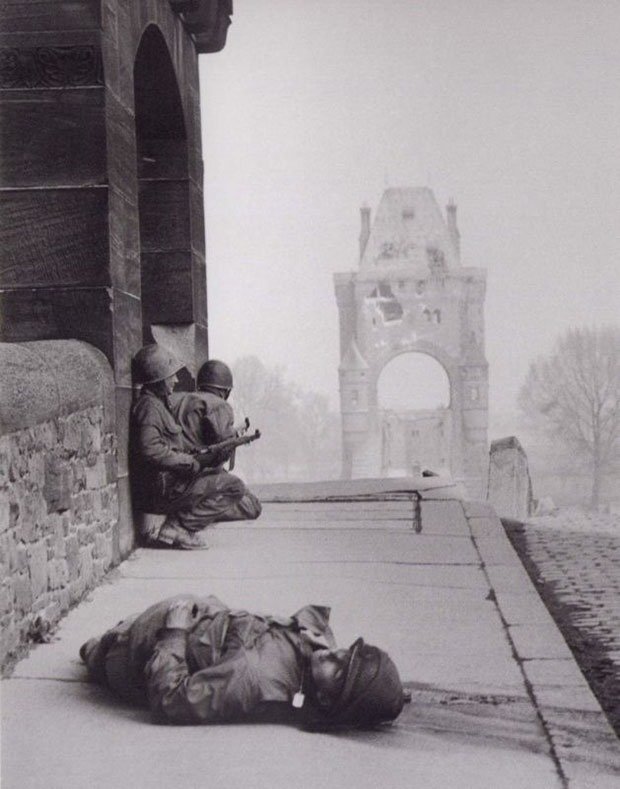 American soldiers take cover on the Nibelungen bridge over the Rhine River, as German snipers on the opposite bank of the Rhine take aim. Worms, Germany. (March 28, 1945). 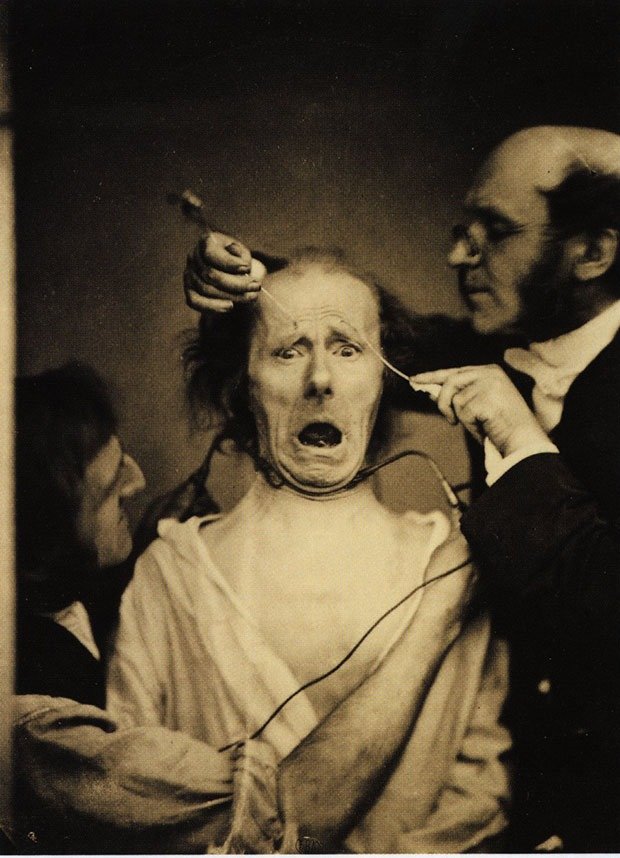 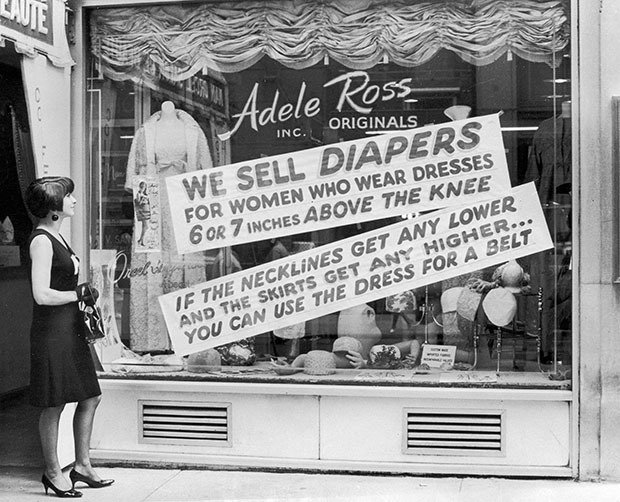 A woman stands outside the Adele Ross clothing design store, looking at an anti-miniskirt sign. New York City, August 1966. To say all fashion was dictated by the major designers until the 1960’s is an understatement. What is reflected in this picture is the beginning of the downfall of the stylish clothing controlled by designs that were driven for centuries by the royalty of Europe.

The 60’s defined the rise of youth in society as a whole. Up until then, the young were relegated to fashion approved by their elders. The rebellion of youth in the 60’s impacted designers as they unexpectedly decided for themselves what clothes best reflected their ideals. To the horror of designers, it became chic to put together several cheap colorful items for their outfits. This cut the old school shops out of a huge chunk of the clothing market. Mini skirts led the way. The messages in the window are basically a protest of the protestor’s fashion choices. They were in a battle to retain their share of the market.