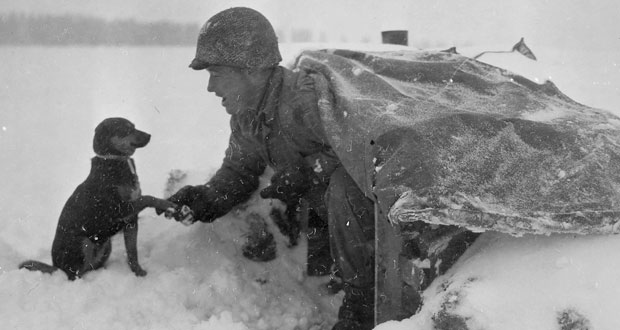 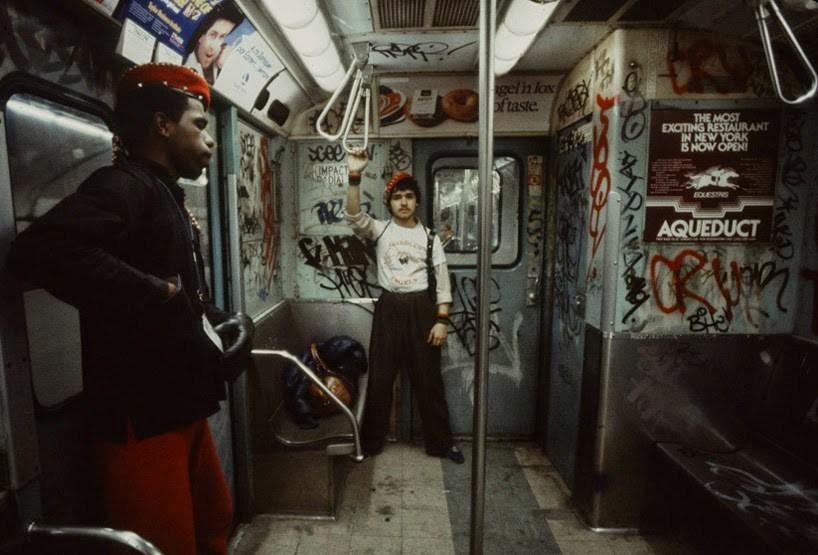 22. Miner who won power-drilling contest at the Labor Day celebration in Silverton, Colorado, 1940. 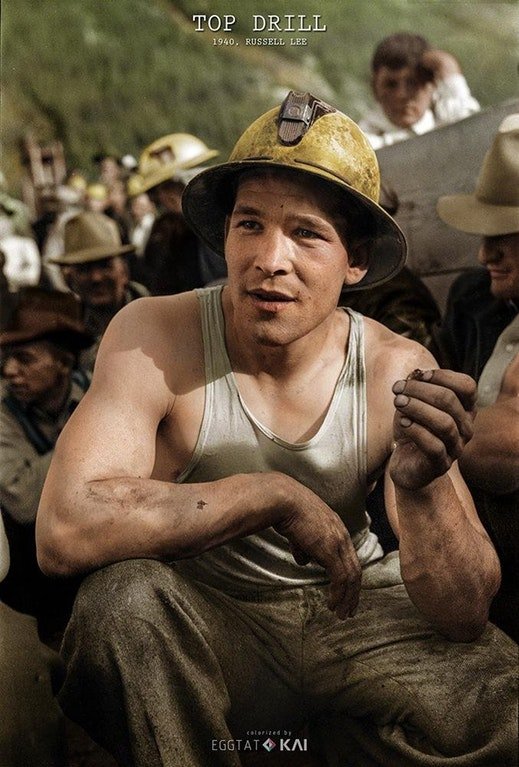 23. USS West Virginia (BB-48) and the Brooklyn Bridge in the background. 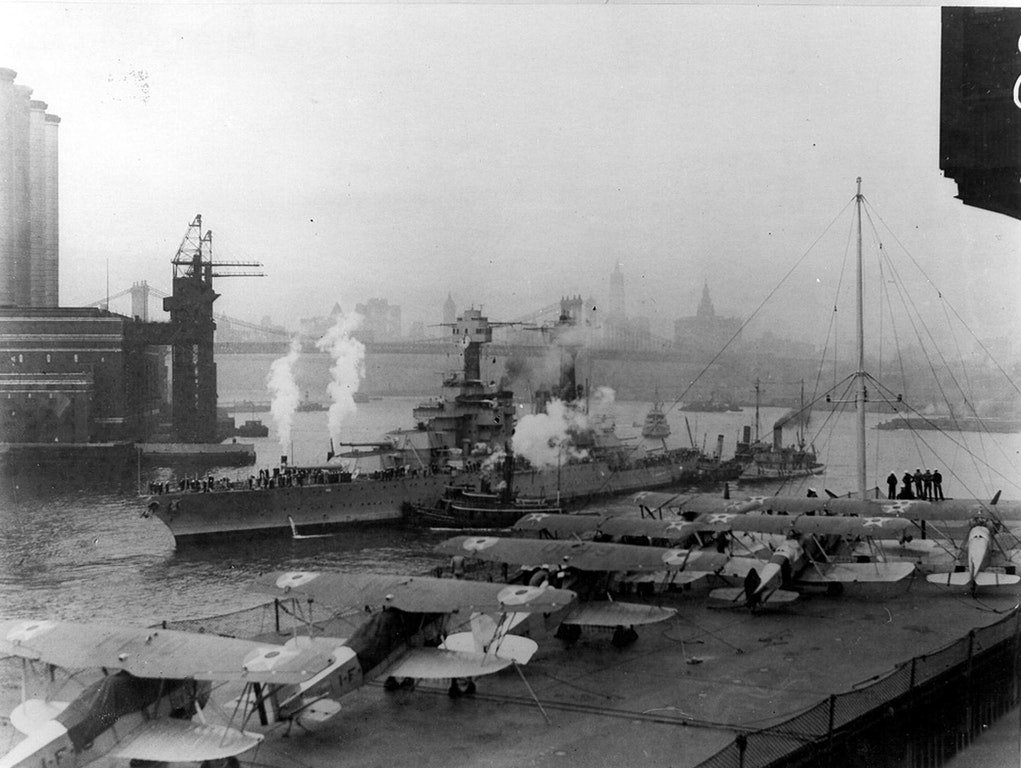 USS West Virginia (BB-48) and the Brooklyn Bridge in the background, seen from the loaded, narrow flight deck of the airplane carrier USS Langley (CV‑1) moored at the Brooklyn Navy Yard, May 1927.

24. A U.S. soldier leans out his tent to shake hands with a dog in Luxembourg during the Battle of the Bulge, ca. 1944. 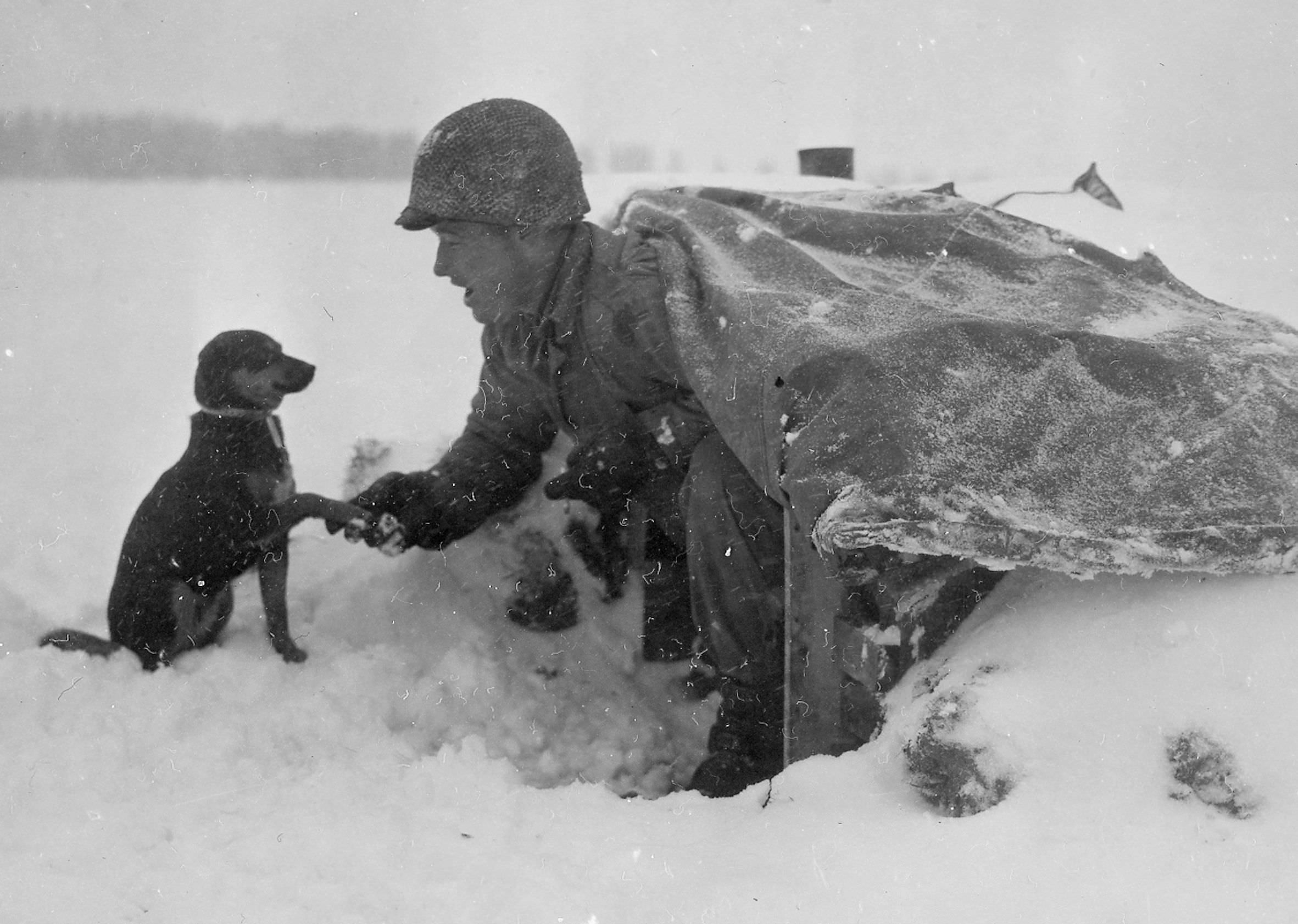 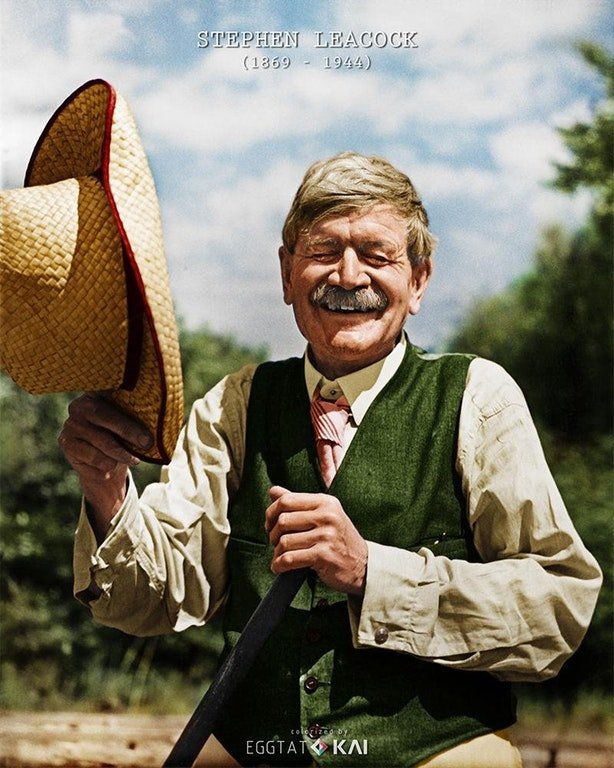 The photo was taken by Yousuf Karsh.

June 5, 2018
Latest Posts
Subscribe to Blog via Email
Did you know?
Loading...
Facts of the Day
Registration is disabled.