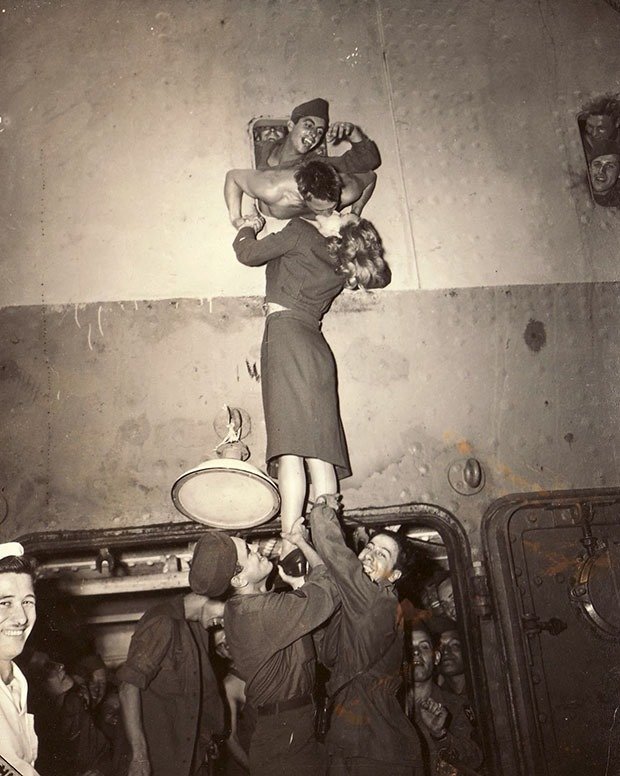 Actress Marlene Dietrich kisses a soldier returning home aboard the USS Monticello, (1945). She was German and she helped fighting the Nazis. A good German you would think. But even as late as 1996, she is hated by many Germans for that:

“For some Germans, Dietrich remained a controversial figure for having sided with Nazi Germany’s foes during the Second World War. In 1996, after some debate, it was decided not to name a street after her in Berlin-Schöneberg, her birthplace.” – Source 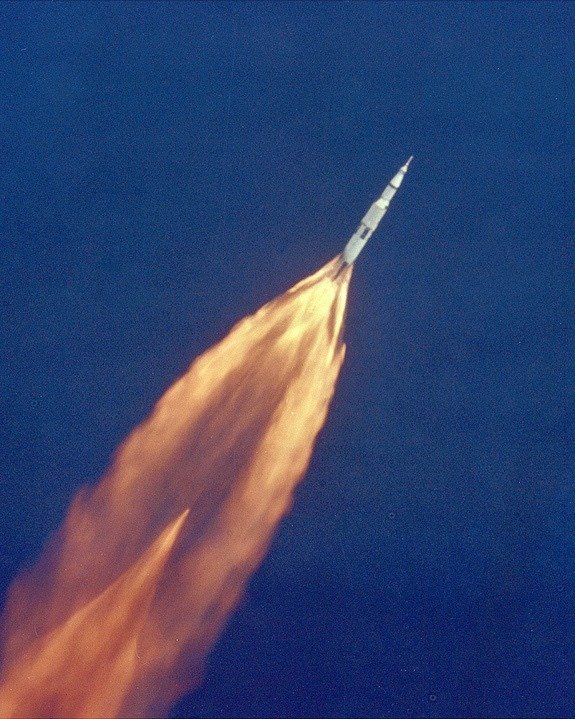 Apollo 11, on July 16, 1969, racing towards the moon carrying astronauts Neil A. Armstrong, Michael Collins and Edwin E. Aldrin. To think that this rocket is around 360 feet tall, that is a massive blast. It used over 15 tons of propellant every second and produced around 8m/lb of thrust. Interestingly it is still the most powerful moving object yet created by man. The Saturn V was 3,000,000 kg. 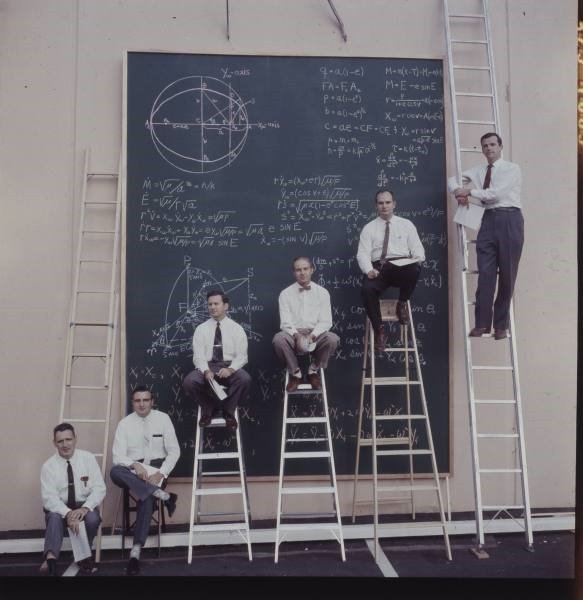 NASA scientists with their board of calculations. 1960’s. 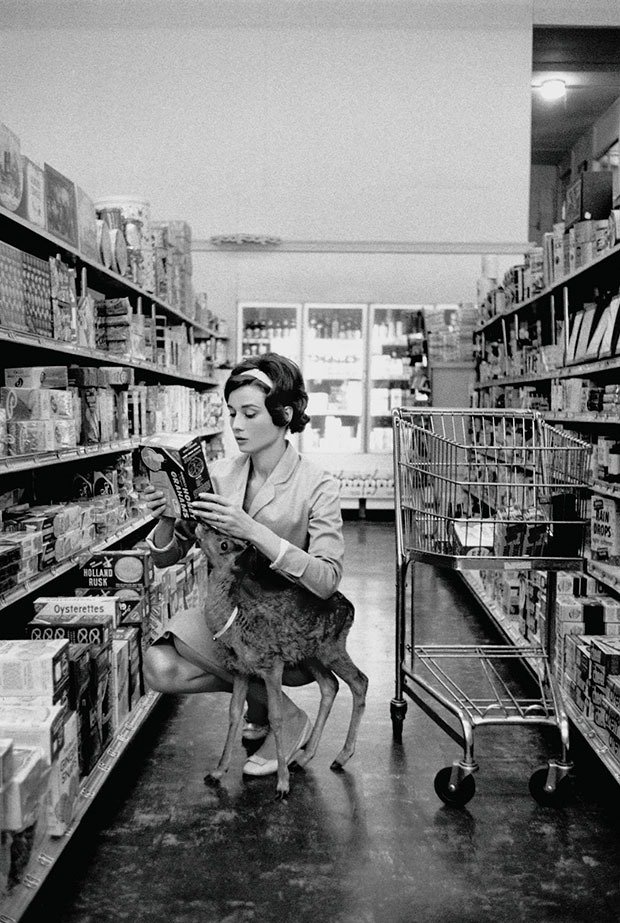 Audrey Hepburn shopping with her pet deer “Ip” in Beverly Hills, California. (1958).  Now, I’m as fond of Audrey Hepburn as anyone but… Never make a deer into a pet. There are numerous stories of people who have been killed by their pet deer, once the animal grew up. Deer have razor-sharp hooves, and are very dangerous and unpredictable. Even a deer that was raised from a fawn by the same person or people, have been known to turn on them for no known reason, and people die, especially children. It is a standard practice among people to keep something as long as it is cute, drop it off into the wild once it’s not, cry for five minutes, then go get a new something cute and forget about the last cute thing.

Stuff like this is why in some large cities, there are sections overrun with half-feral dogs. Some people cannot be convinced to sterilize their pets- so they have the pet until their children or they themselves get tired of it and then drop it off in a nearby canal. Said animal breeds with the other unsterilized animals that are dropped off by other people. 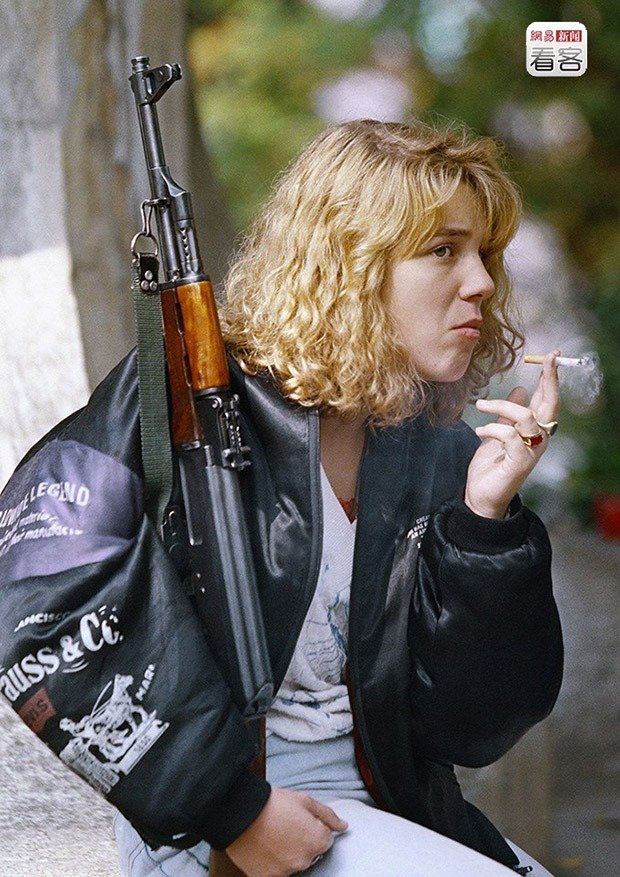 A Bosnian girl, holding an AK-47 rifle smokes a cigarette as she waits for a funeral service at Sarajevo’s Lion’s cemetery on Monday. (Sept. 14, 1992). 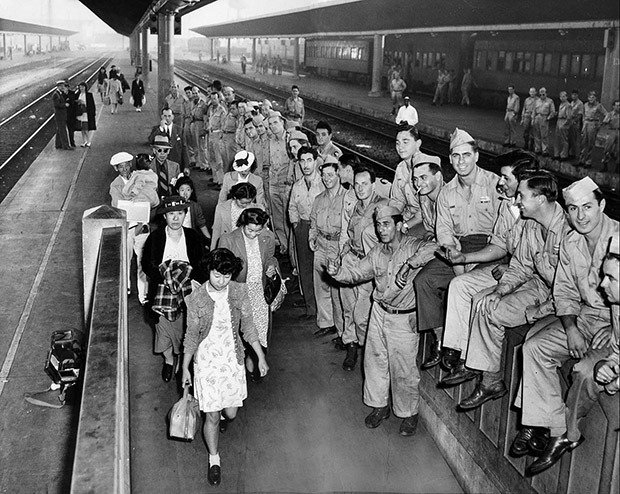 Japanese American internees returning from a relocation camp walk past combat veterans in Los Angeles, California. (August 22, 1945). Imagine being sent to prison because your country didn’t trust you and coming back to your village to find your completely being ransacked. They came back to find that non-Japanese Americans now “owned” their homes, farms and businesses. Many internees got wind of what had happened to their businesses and property and just didn’t come back at all. In spite of relocation many young Japanese-American men volunteered for the armed forces in WWII, many of them from families which had been relocated. The government still didn’t trust them, so they put them all in a single unit which was sent to Europe, where they became one of the most successful units of the war. 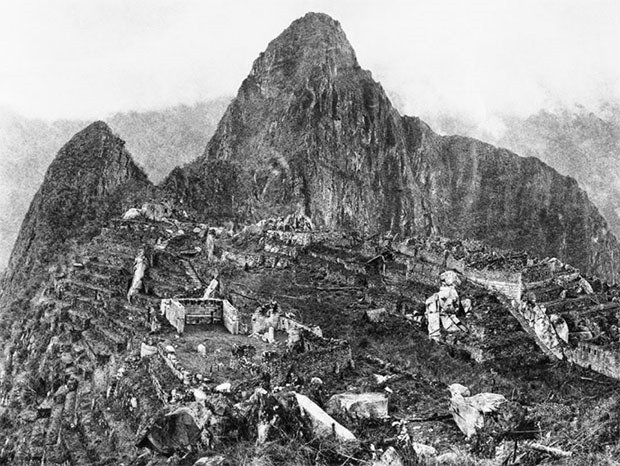 The first photograph of Machu Picchu by discoverer Hiram Bingham in 1912. 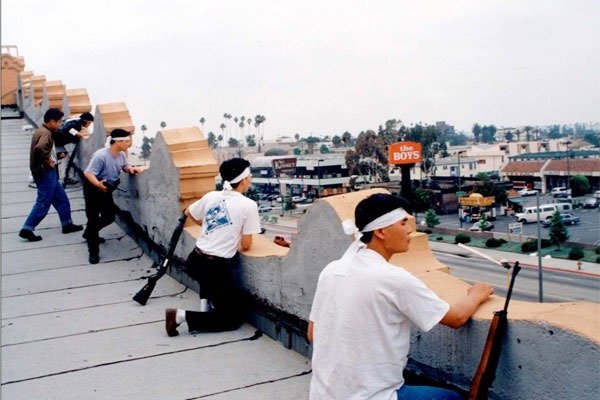 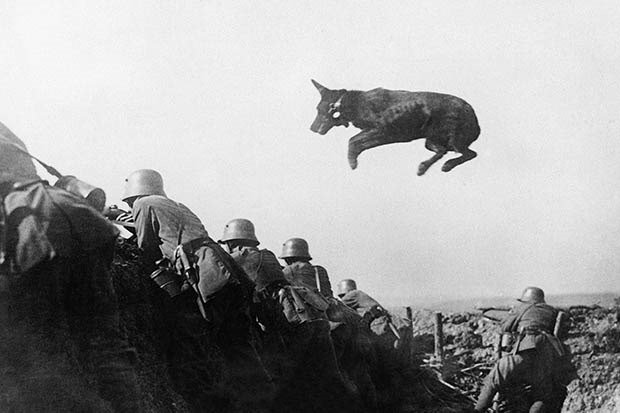 A German dispatch dog carries messages to the front line during a German offensive in January 1918. Given how these dogs were sometimes trained to scale 6ft walls (trenches) it is not a surprise by how far they could jump. 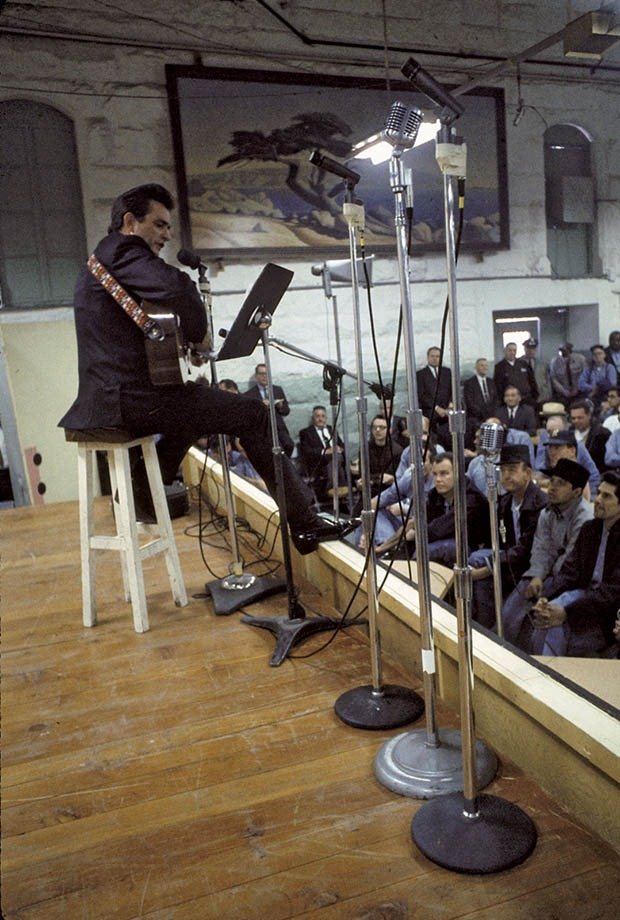 Johnny Cash performing for prisoners at Folsom Prison on January 13, 1968. 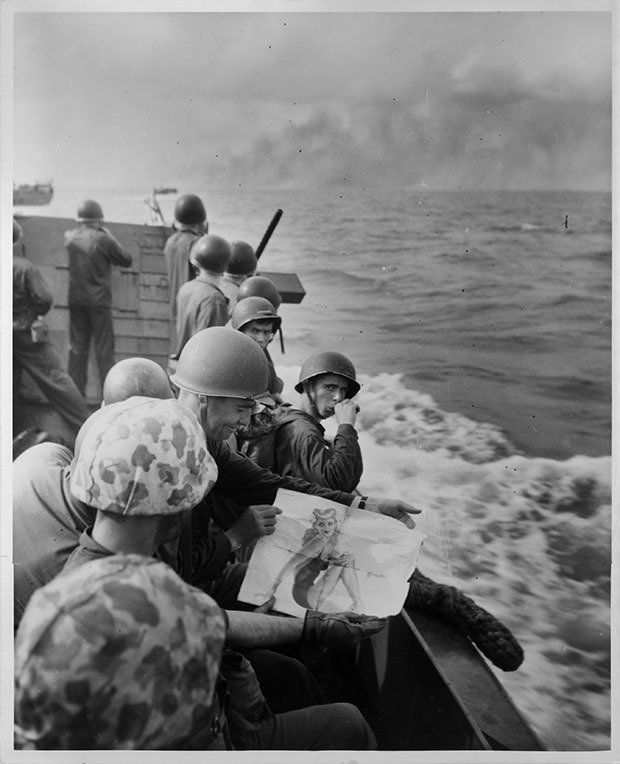 Where Marines go, their pin-ups go”, Tarawa, 1943. It appears these guys were fairly up-to-date with an August 1943 Esquire Magazine gatefold. Battle of Tarawa took place in late November 1943. 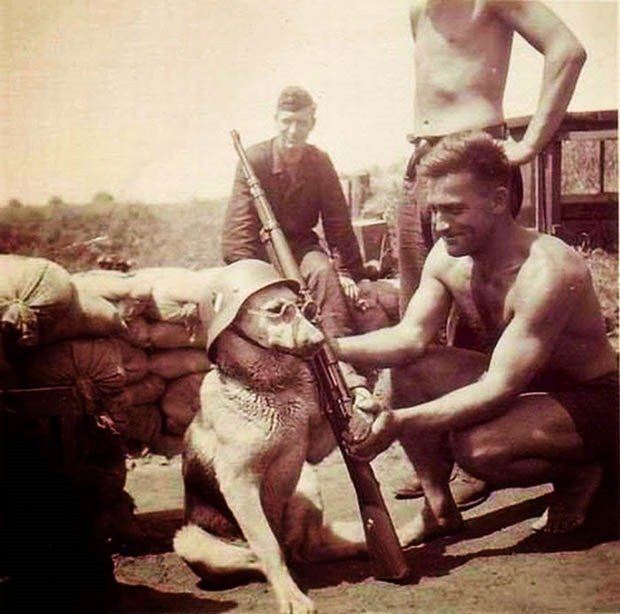