11. A Fireman Second Class gentleman and his bouquet of future sled dogs aboard the USS Mt. 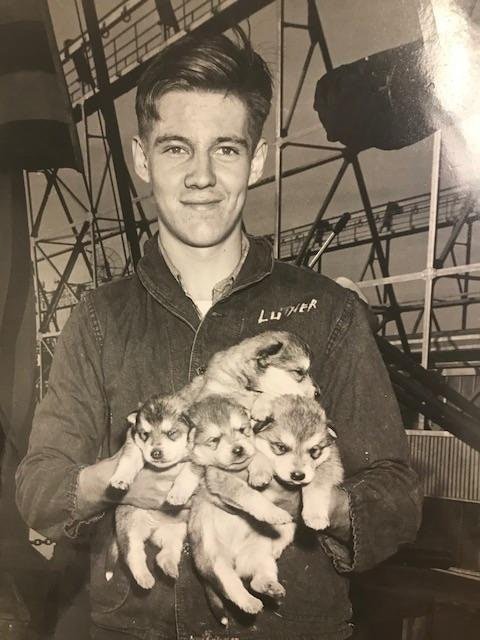 Olympus in December of 1946, on the way to Antarctica for an expedition.

12. Members of the British Women’s Mechanized Transport Corps push an ambulance out of a patch of rough ground in 1940. 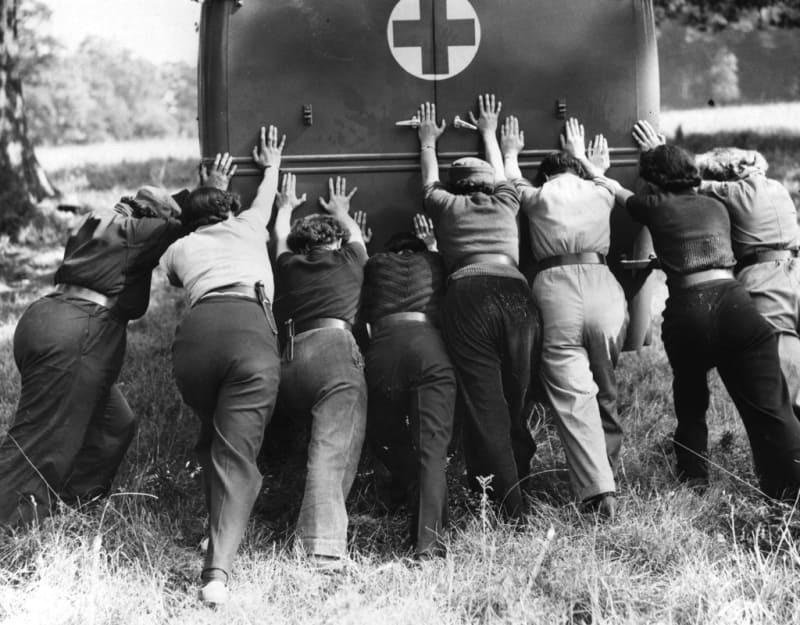 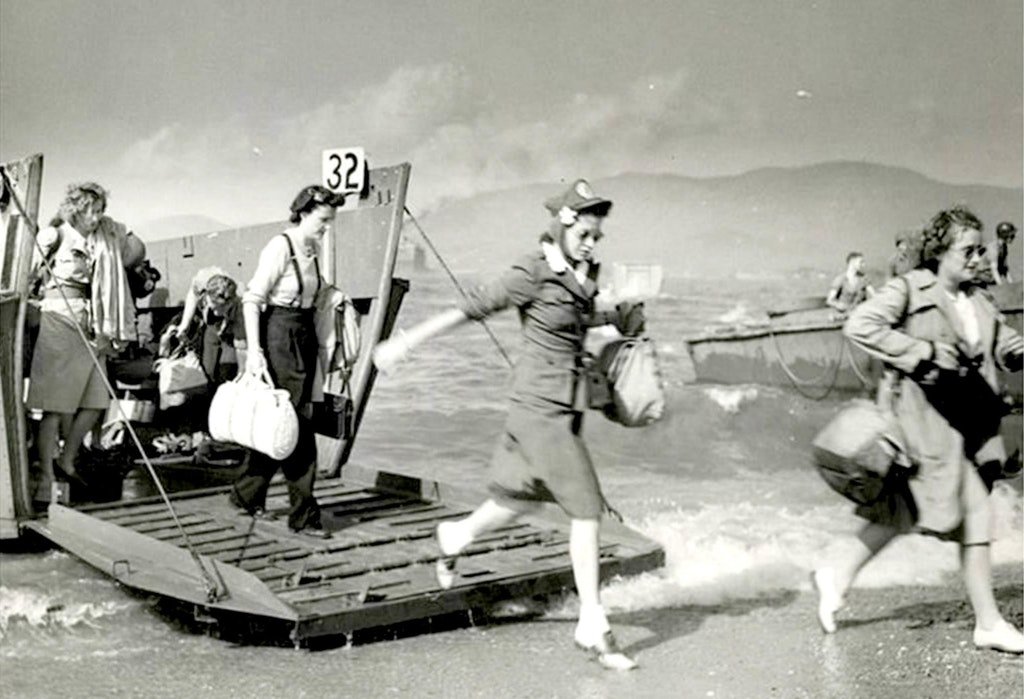 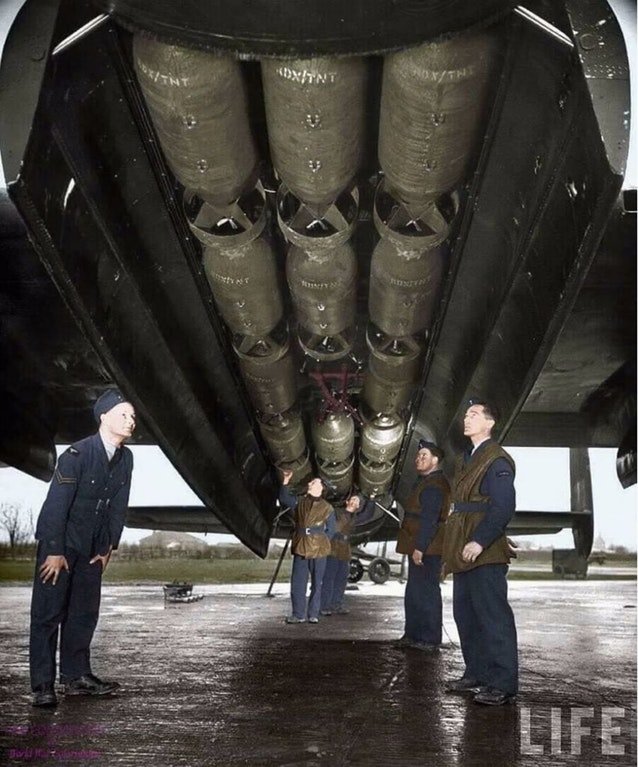 15. Supermarine Spitfire Vb being prepared for delivery to the Soviet Union at Abadan, Iran in 1943. 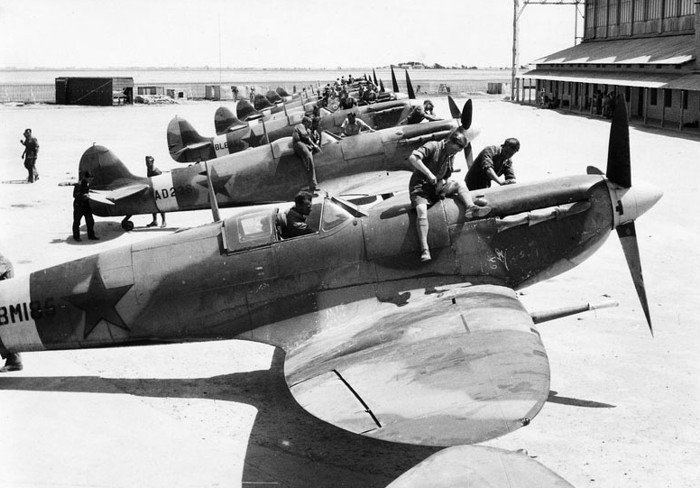 16. Winston Churchill sitting in what remains of Hitler’s Armchair, 1945. 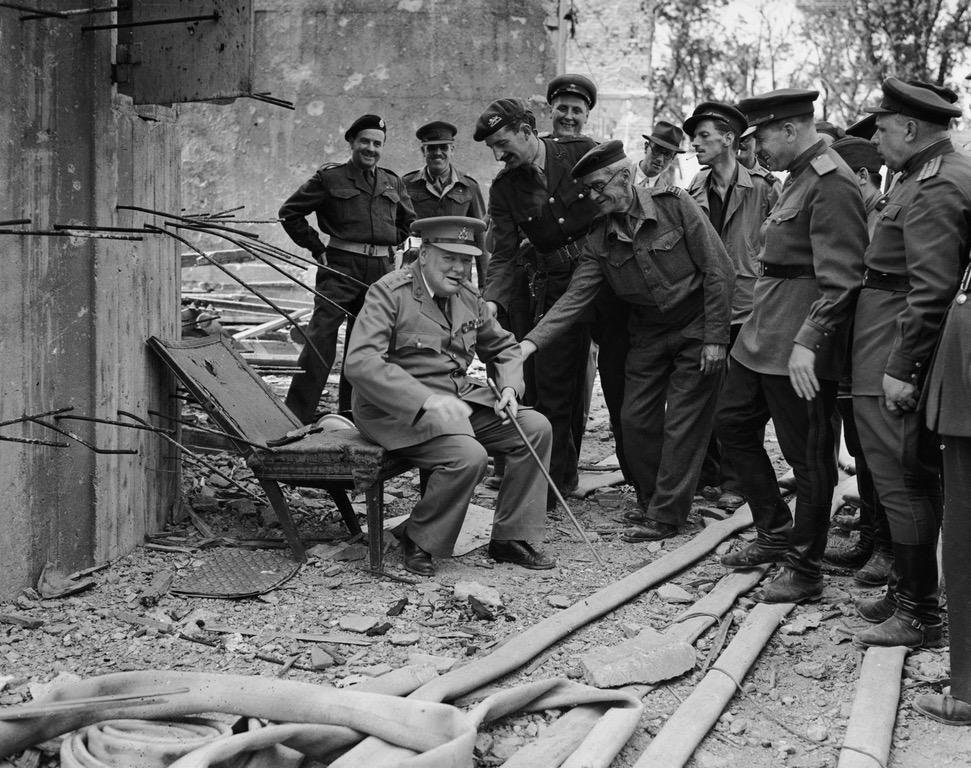 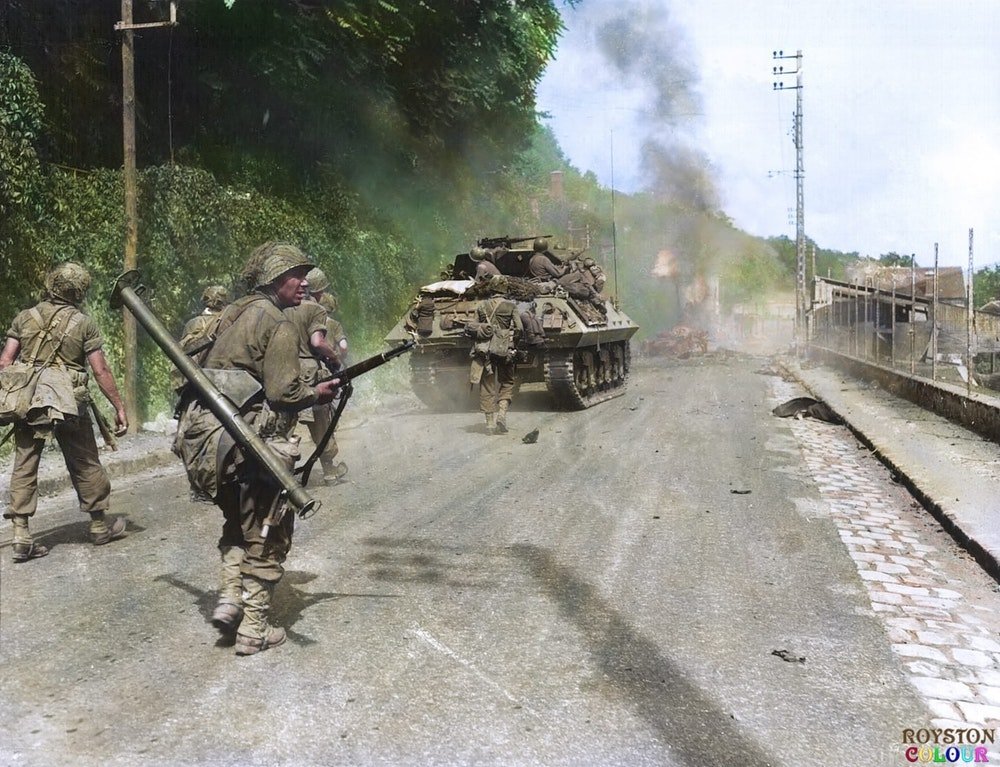 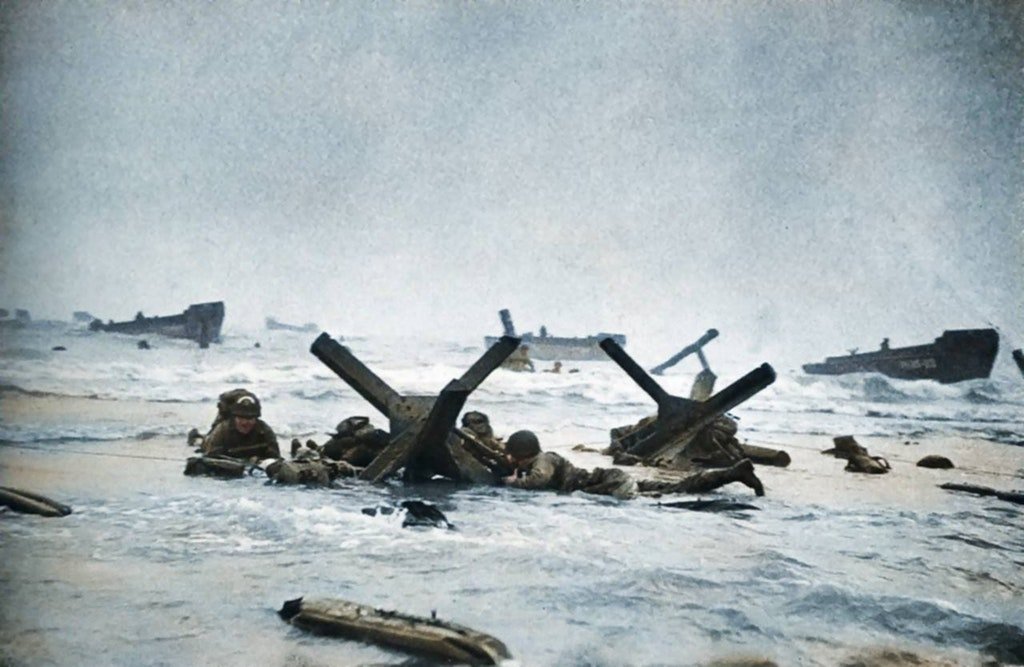 19. The shot made at the front became a symbol of great courage and heroism of Soviet soldiers, 1943. 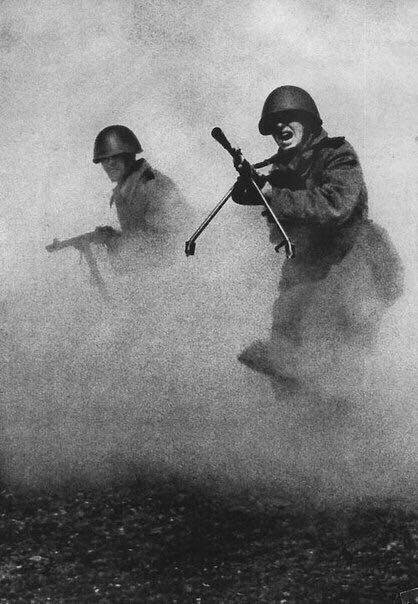 20. Summer 1944 somewhere in the Netherland during Operation Market Garden. 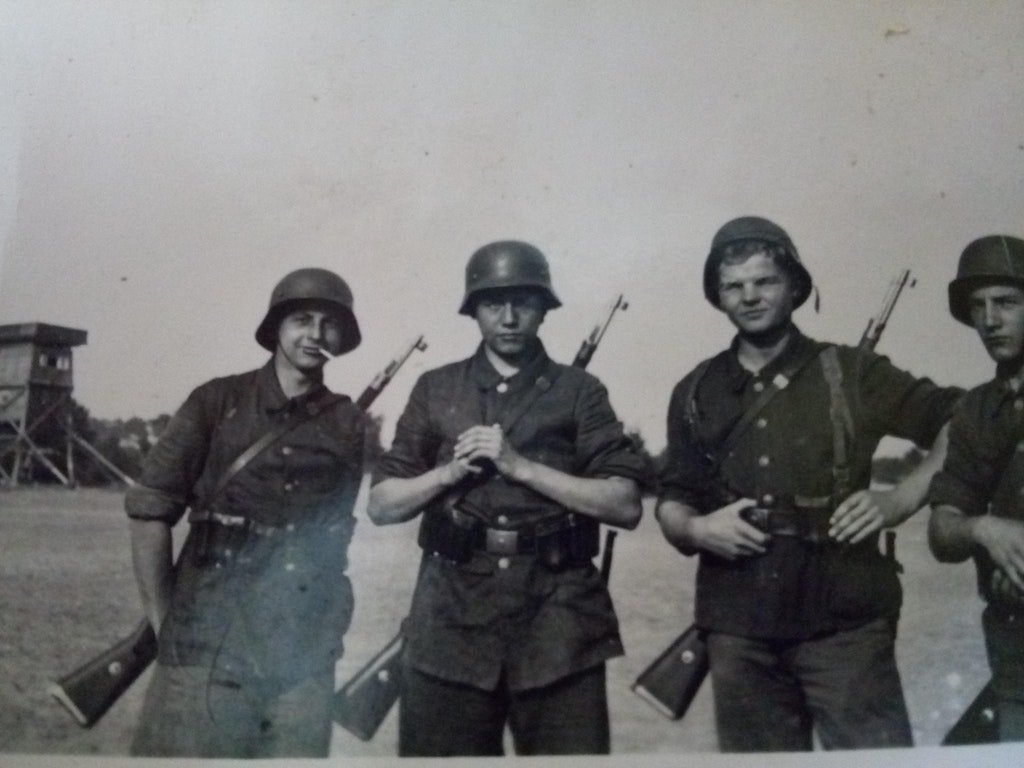