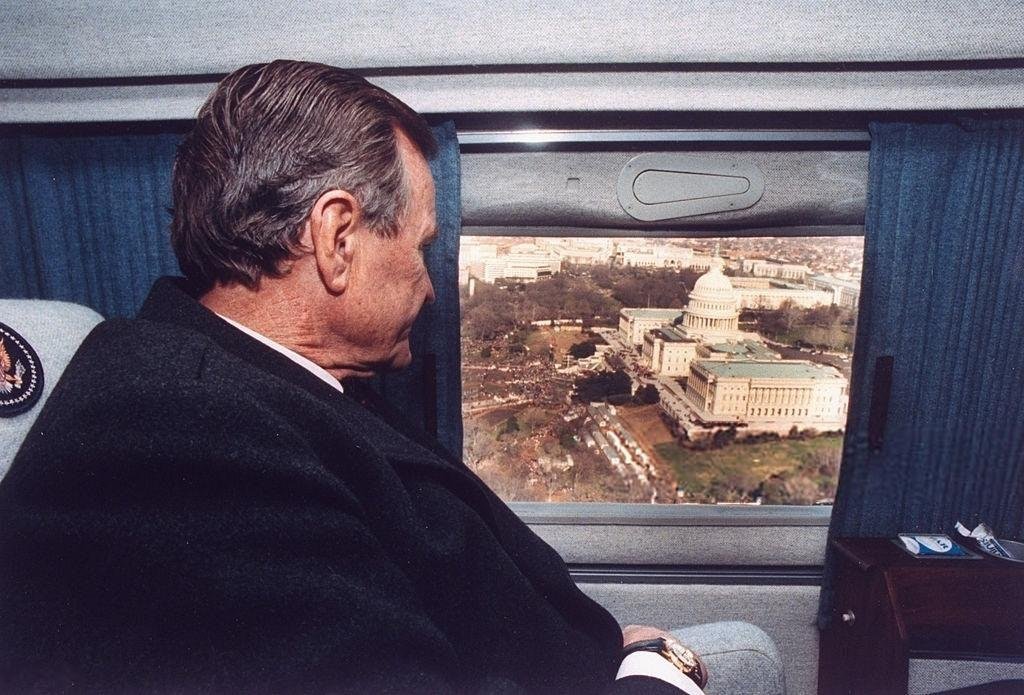 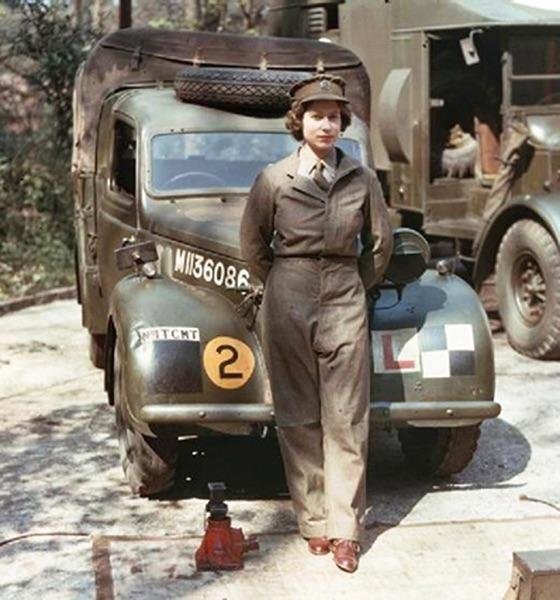 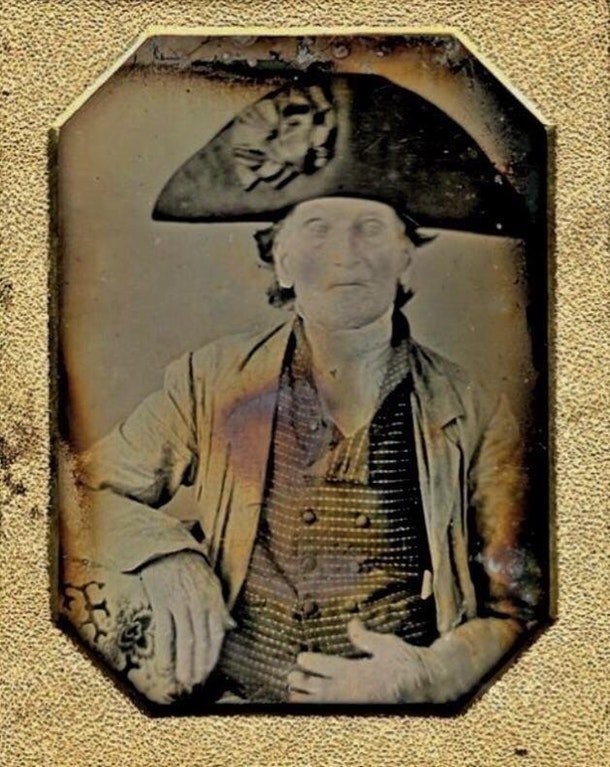 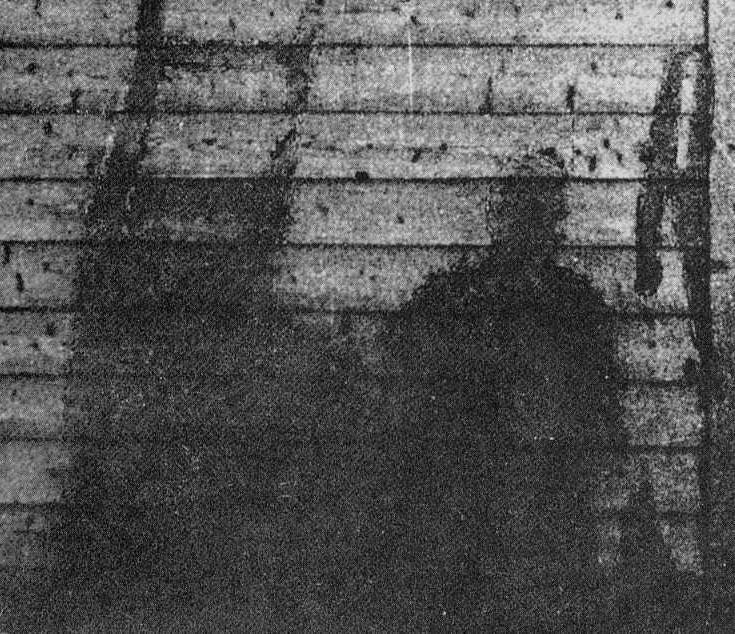 5. Canadian soldiers pose by their Bren carrier, shortly after 8 am when the WWII ceasefire came into effect, May 5, 1945. 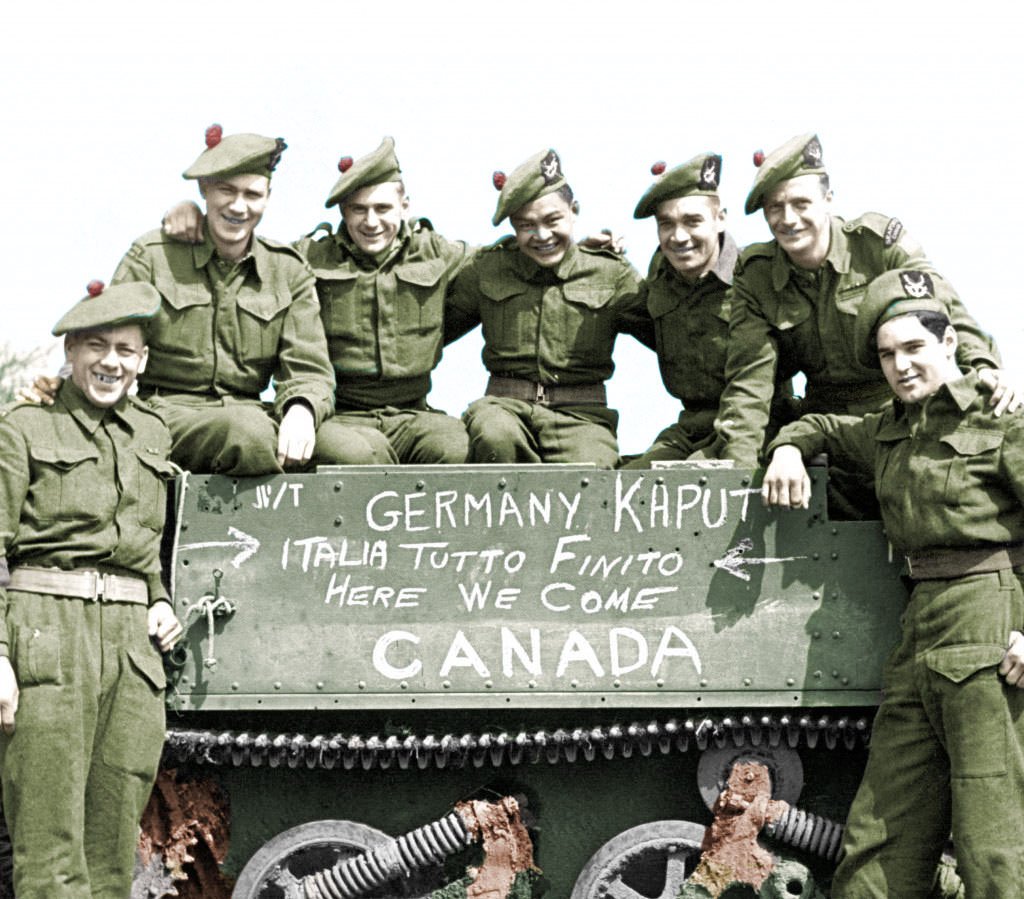 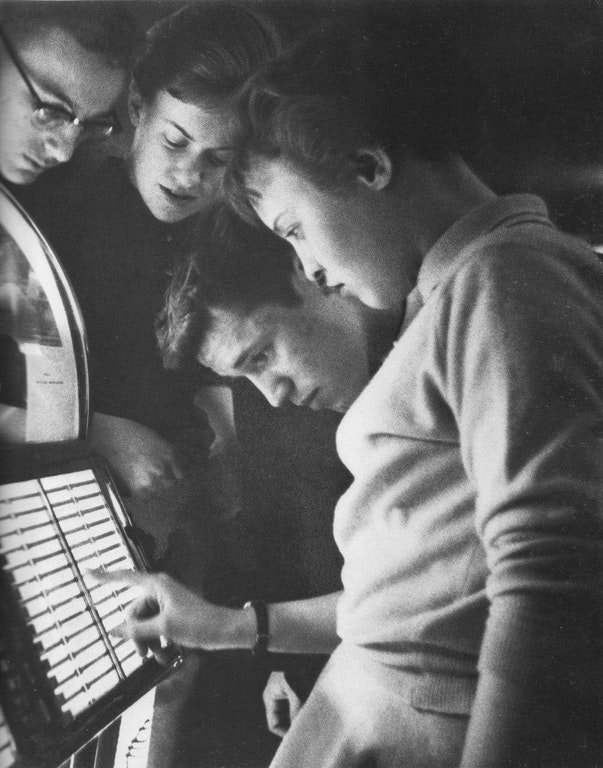 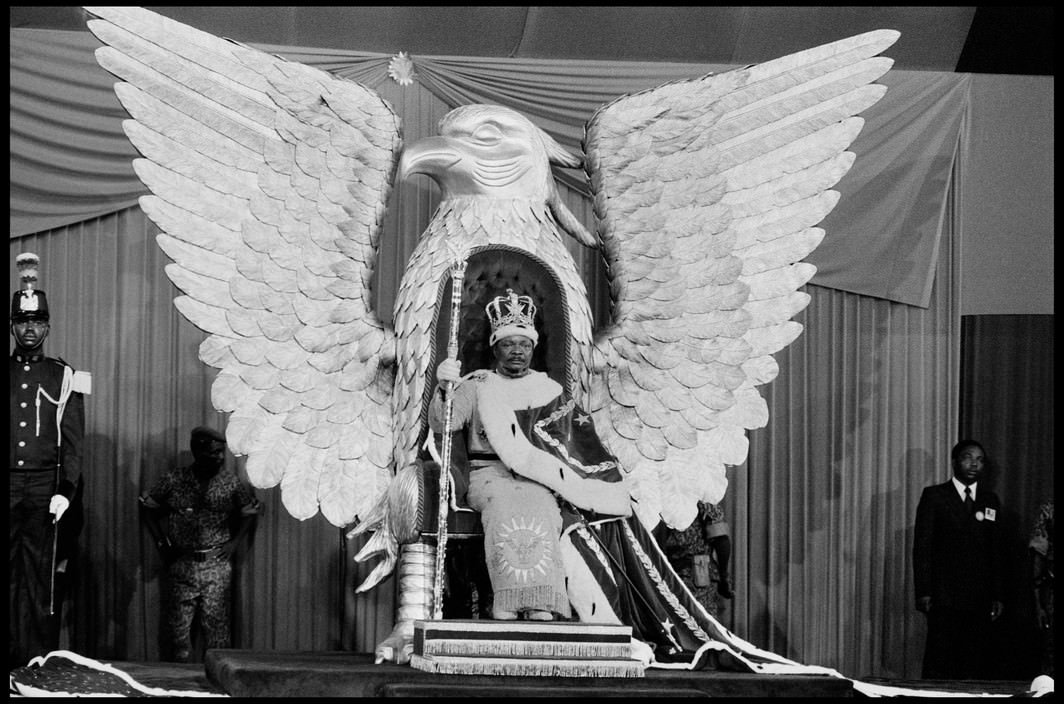 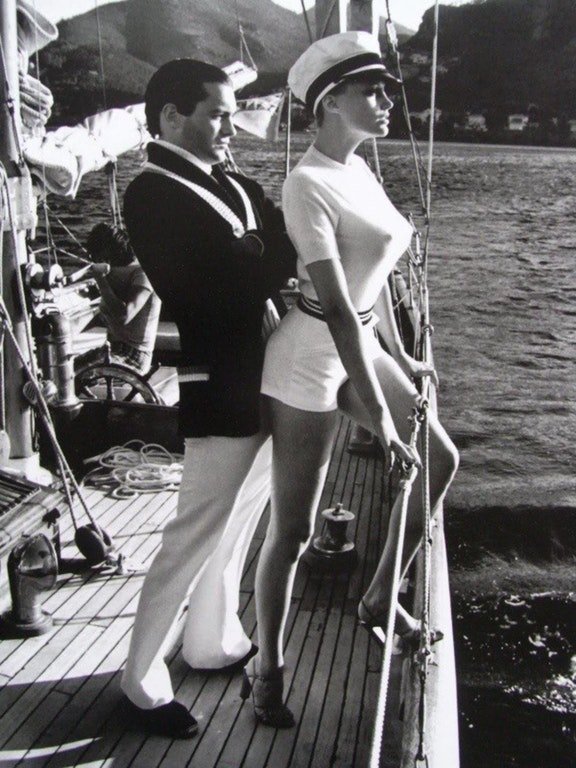 9. Sailor posing with a fish stunned by the explosion of depth charge in Harwich, Essex on April 15, 1918. 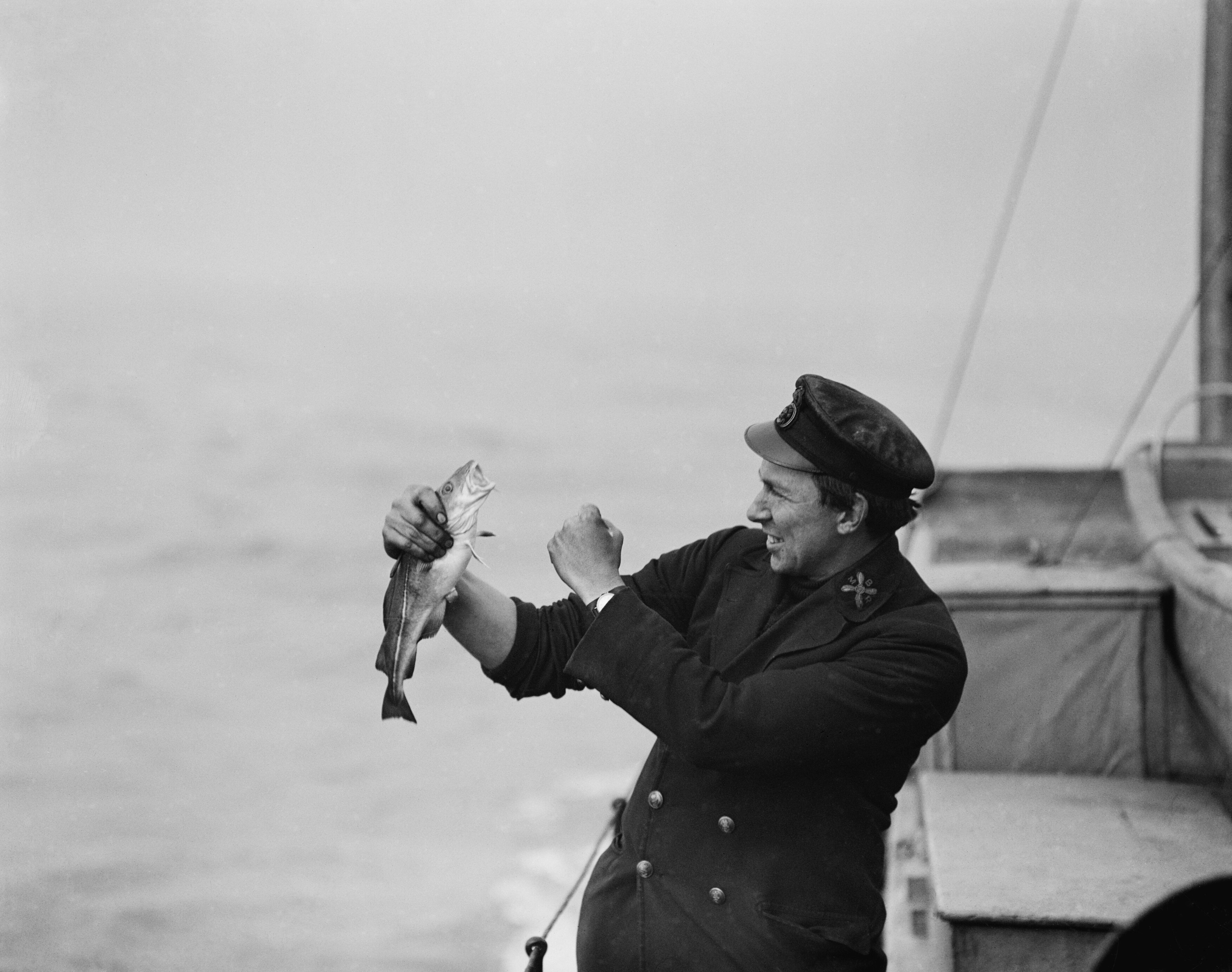 10. Japanese torchbearers run through the rain on their way to the Olympic Stadium in Tokyo, October, 1964. 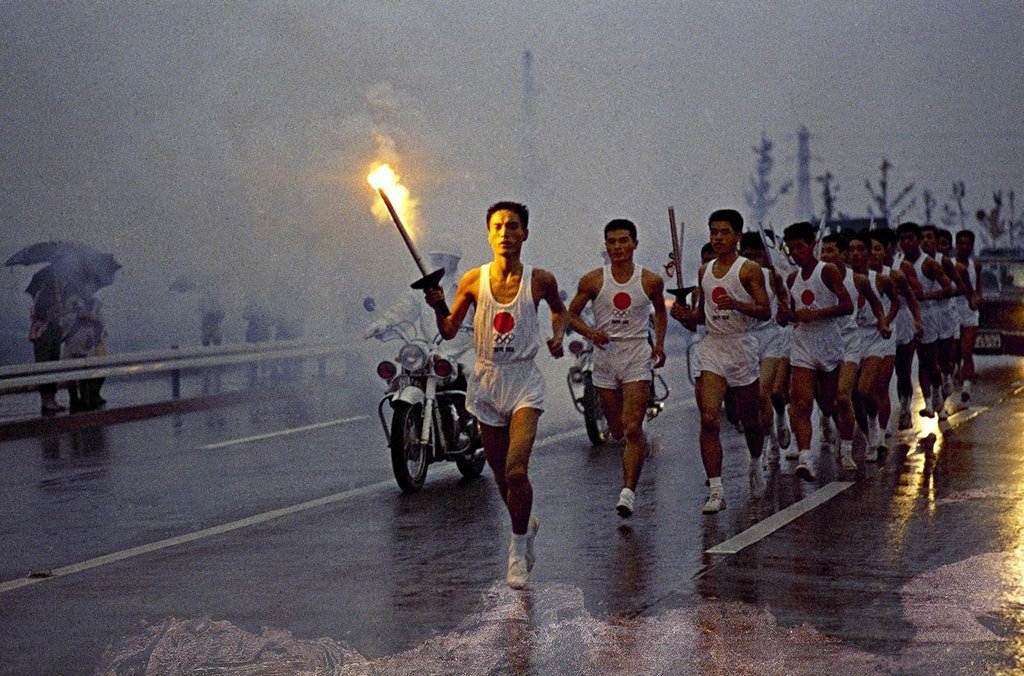