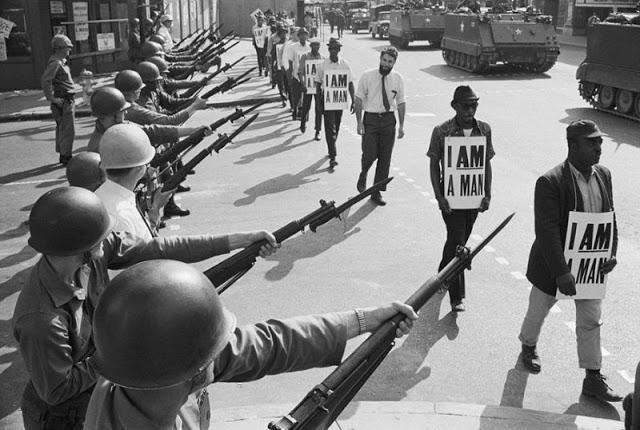 2. Dutch resistance members celebrate at the moment they heard of Adolf Hitler’s death over the radio, May, 1945. 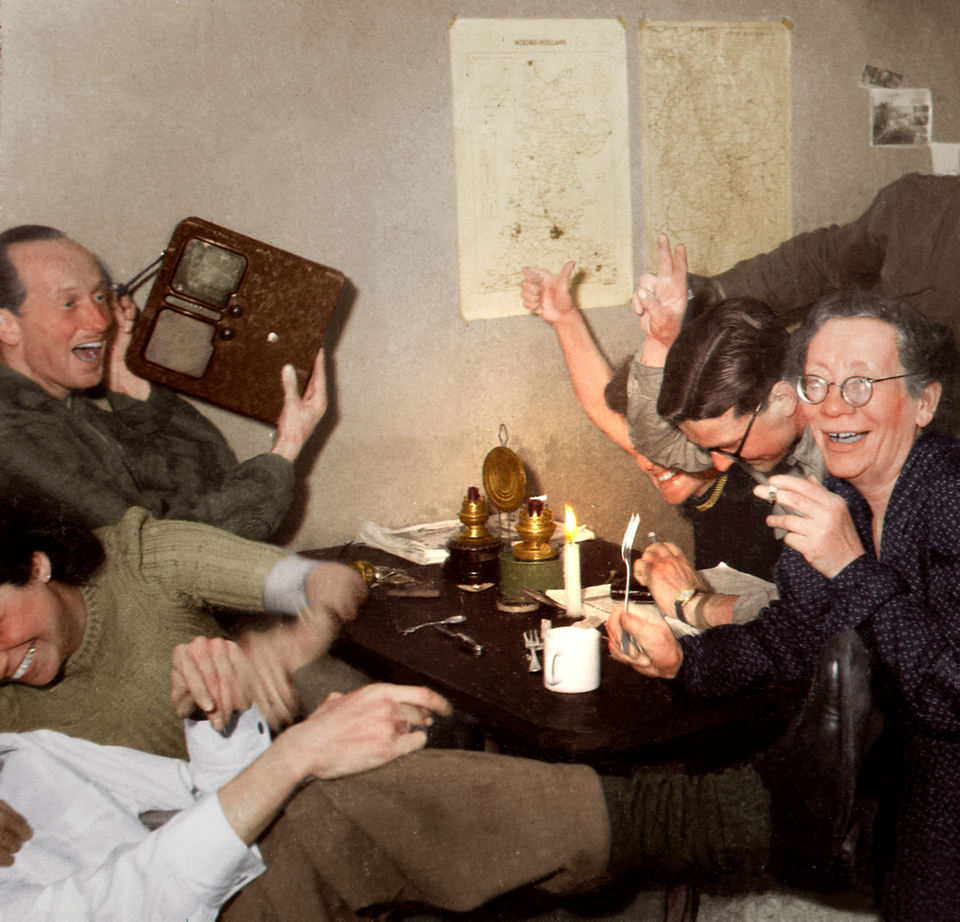 3. President Harry Truman stands in voting booth during the elections of Independence, Missouri, 1950. 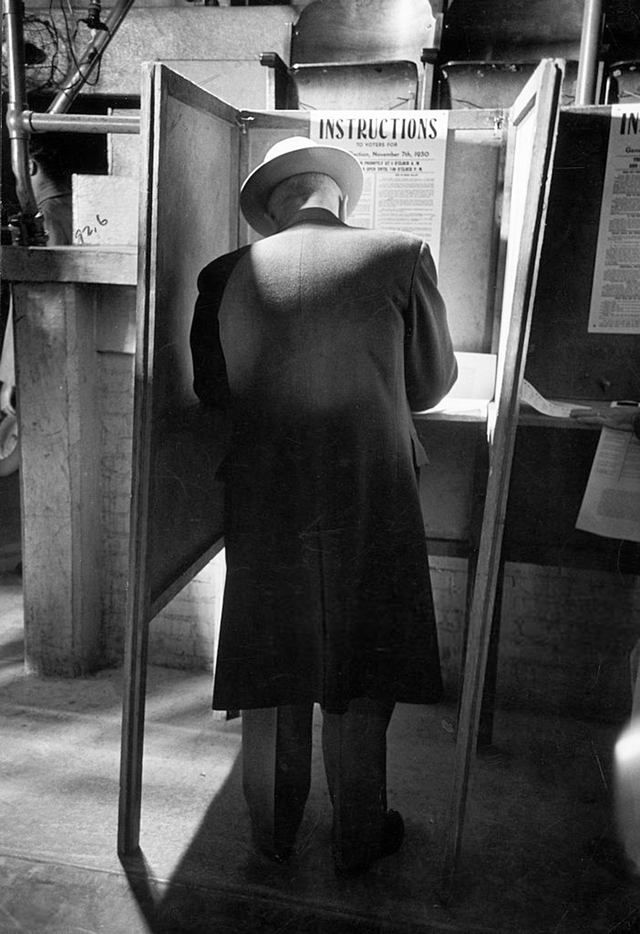 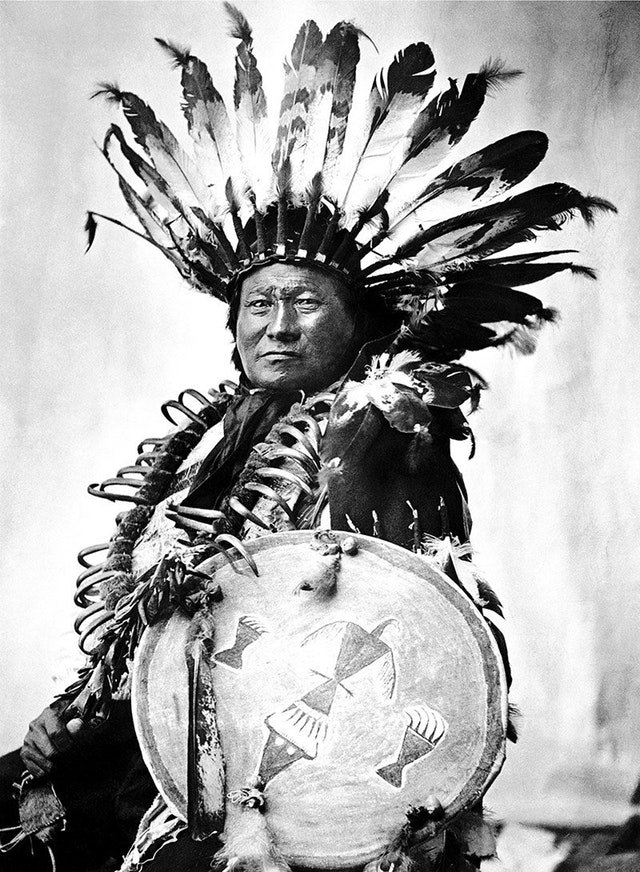 He fought with Sitting Bull at Little Bighorn in 1876. Photo by Frank Bennett Fiske. 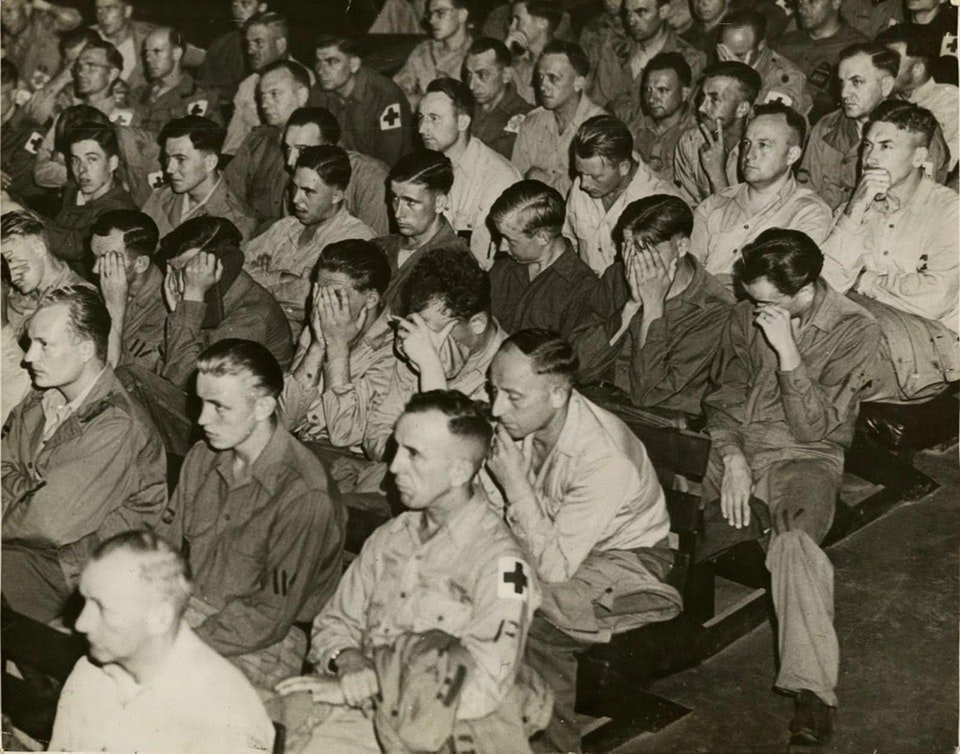 6. Time to relax and sunbathe on the beach at Bournemouth, Dorset, UK, on Bank Holiday Monday, August 28th, 1944. 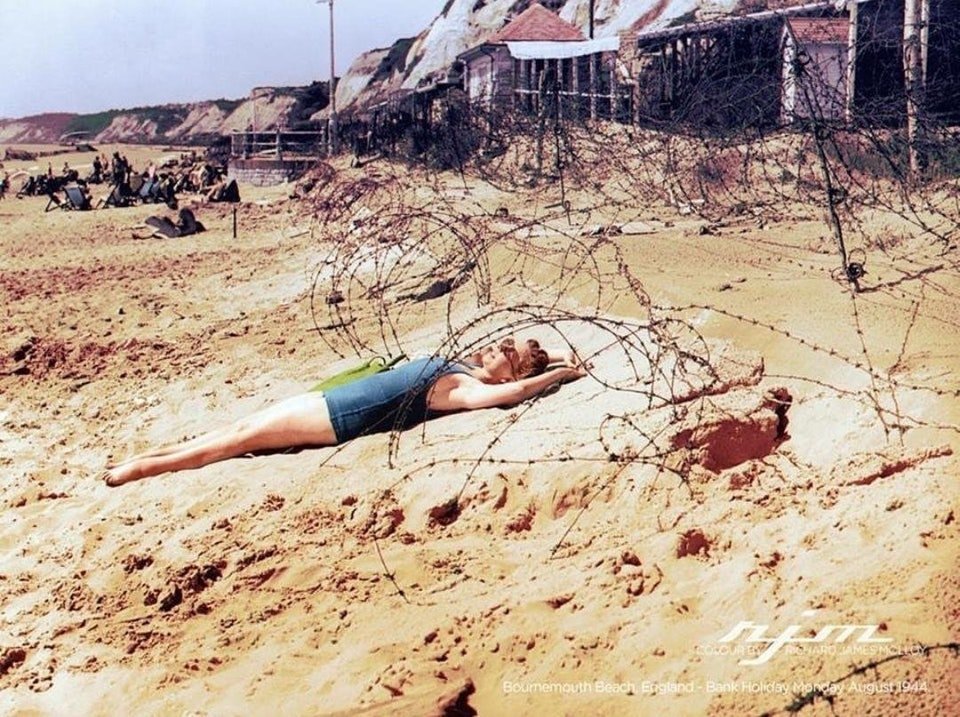 7. Defected Soviet MiG-25 being inspected by American and Japanese officials, 1976. 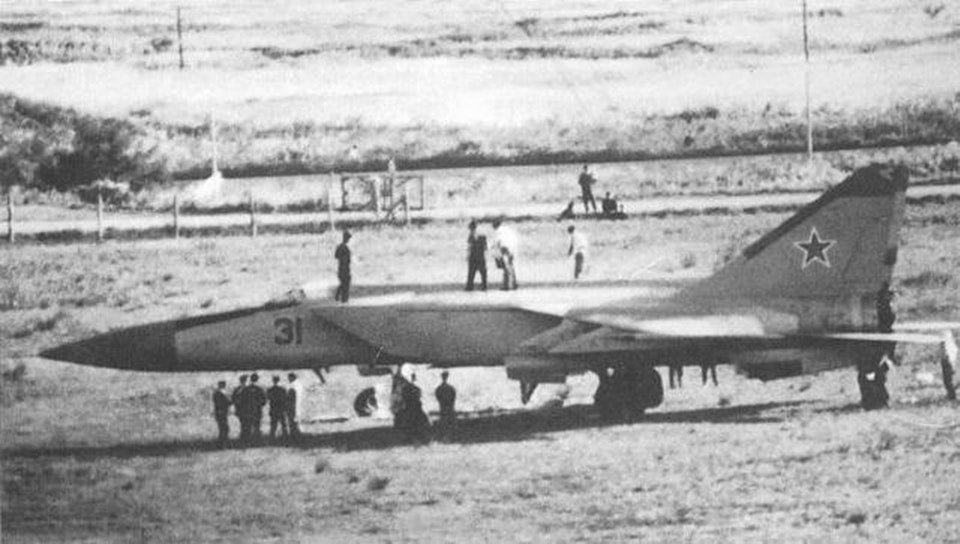 8. Second Battalion of the IX Coast Artillery Corps demonstrating the hollow square formation used in the event of a street riot, NYC, 1918. 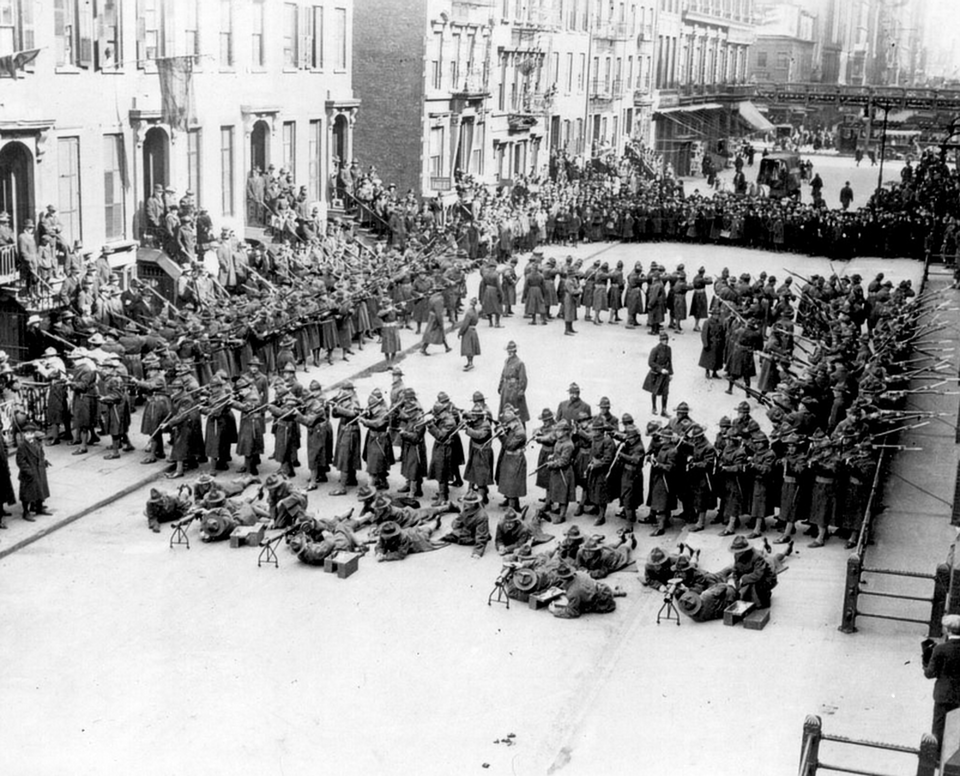 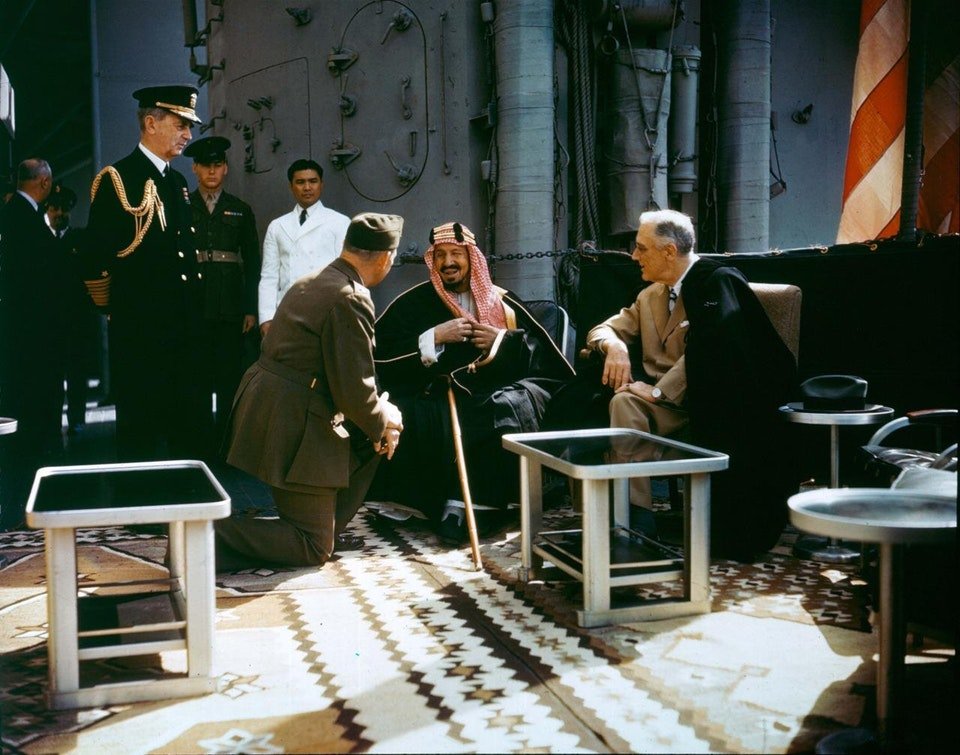 The King is speaking to the interpreter, Colonel William Eddy, Fleet Admiral Leahy, the President’s Aide and Chief of Staff, at left. 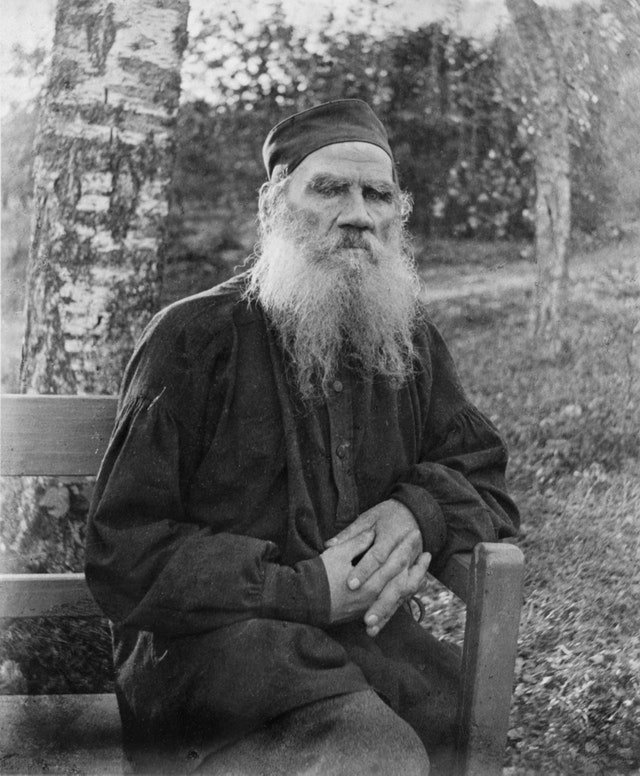