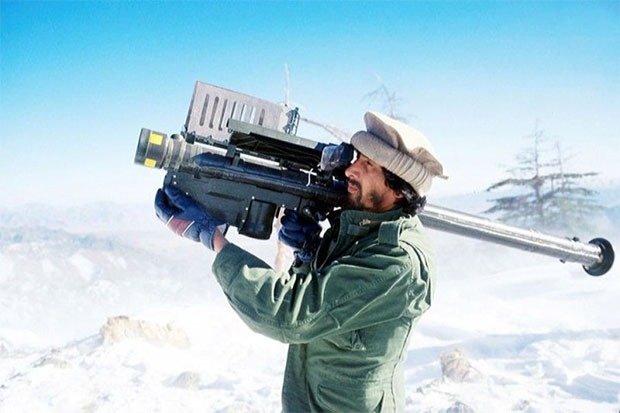 In Afghanistan, 1988, a Mujahideen fighter aims an FIM-92 Stinger missile at passing aircraft, armed through the CIA’s “Operation Cyclone” program. 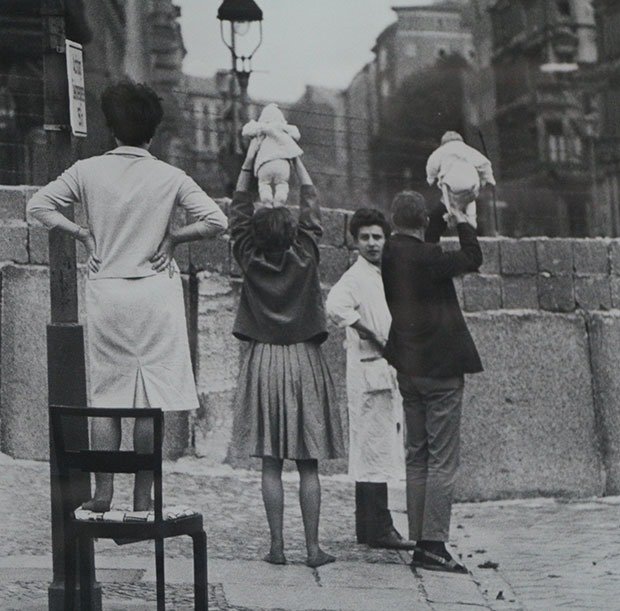 Residents of West Berlin show children to their grandparents who reside on the Eastern side, 1961. Stasiland by Anna Funder relates some of the stories of East Germans who tried to cross the wall. For instance, she interviews a woman who lived in East Berlin whose infant had severe birth defects, and was hospitalized in West Berlin. It was unclear if her son was going to live, and she wasn’t allowed to cross the wall to see her dying infant. Another woman was arrested at age 16 for distributing home-made leaflets complaining about state repression. She was kept in solitary confinement for a month. When she was released, she tried to flee to West Germany, where presumably making home-made leaflets about how the police shouldn’t arrest people for complaining (created by two 16-year-olds — no conspiracy to be found) would not have resulted in a year and a half in prison. Presumably those who died attempting to cross the Berlin Wall had similarly good reasons. 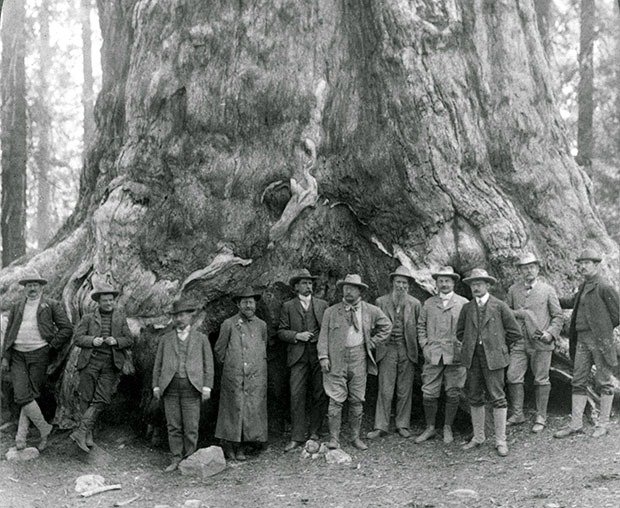 Theodore Roosevelt, before the “Grizley Giant,” big trees of California. (1903). 95% of old growth redwoods are gone, but a large majority of the rest are in protected areas and many of those areas are accessible! There are a few spectacular state parks, including some relatively unknown ones, that give you direct access to some as close to untouched old growth groves as you can hope to find. Currently, the drought hasn’t affected redwoods as severely and they are actually experiencing a period of extensive growth throughout the region, so there’s always hope of recovery. More sunny days mean the redwoods get less moisture from fog but the added sunlight also speeds short term growth. Redwood root systems only go 6 feet underground (even the Giants) so it’ll be important for these trees that California gets some stores of ground water again soon. 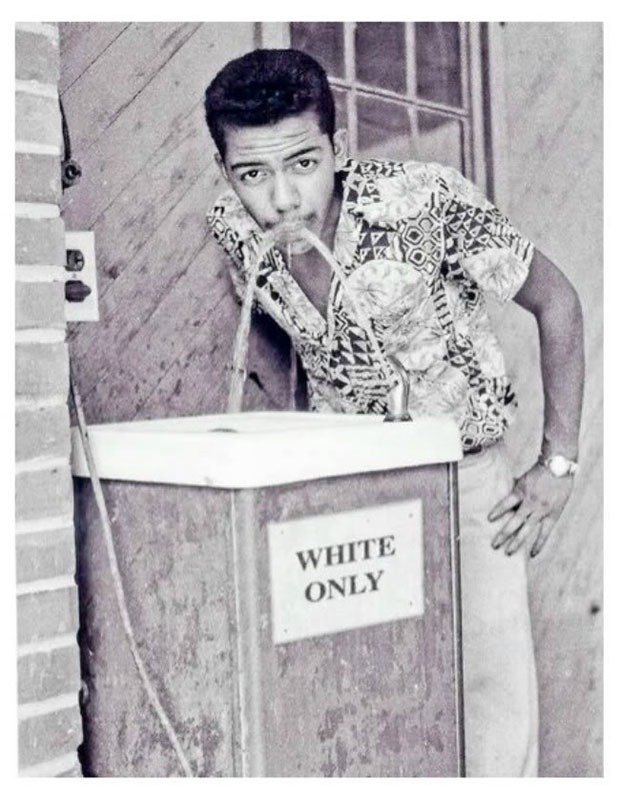 Black man drinking at white only fountain. (In 1964 by Cecil Williams). 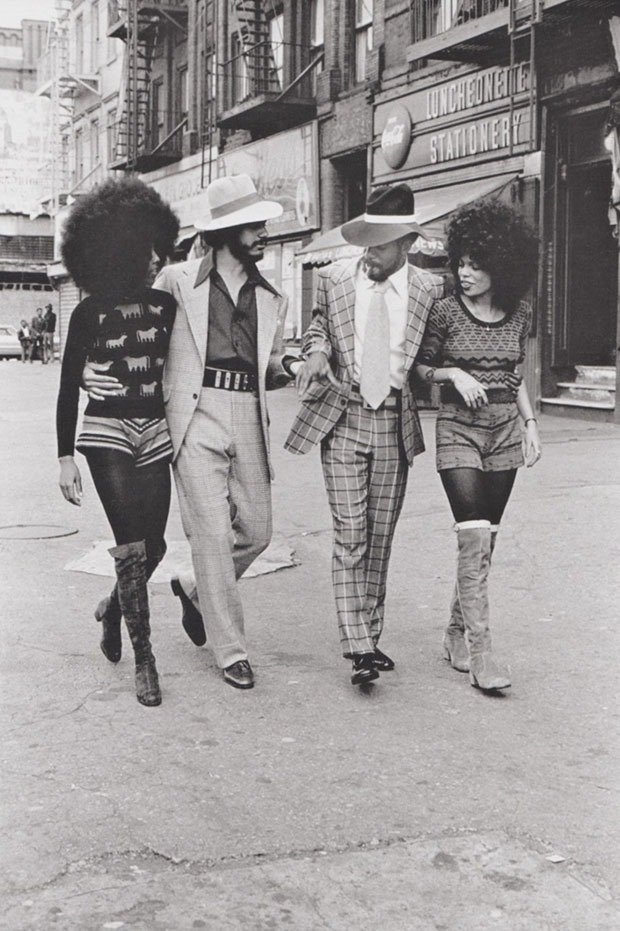 Couples walk the streets of NYC; part of the “Harlem Couples” series by Anthony Barboza. (1970s). 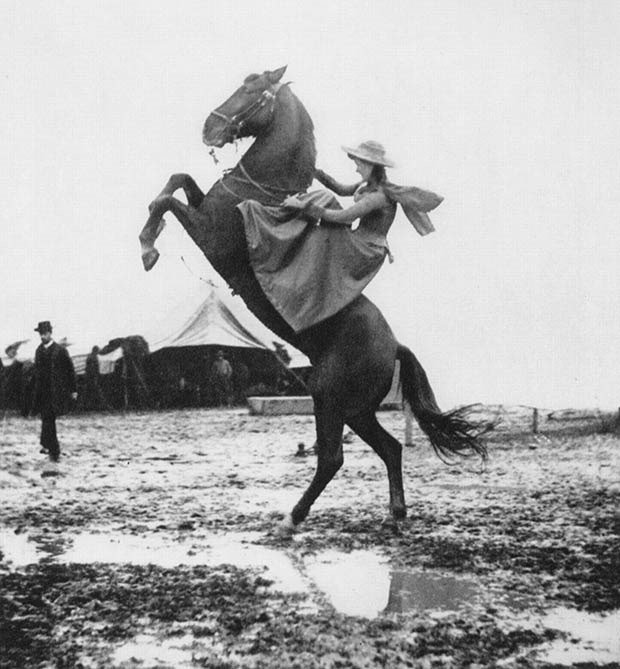 Annie Oakley had been with Buffalo Bill’s Wild West show for fewer than two years when she and Cody set off for London in late March 1887. Along with Oakley, Cody brought 180 horses, a Western stagecoach, 18 buffalo, and 97 Indians, many of whom dreaded any passage over “the Big Water.” The show was one of several playing in commemoration of Queen Victoria’s Golden Jubilee, and more than two and a half million people came to see it, including Edward, the Prince of Wales, and the Queen herself, who almost never ventured out in public. The papers lavished praise on Oakley, saying “the loudest applause of the night” was reserved for her and declaring her “far and away” the show’s best marksman. Even Queen Victoria chimed in. “You are a very, very clever little girl,” Her Majesty said.

In France her performances drew such acclaim that the president of France offered her a commission in the French army, and the king of Senegal said he would buy her for 100,000 francs. Oakley declined, at which point the monarch fell to his knees, kissed her hand, and left. Oakley had an audience with the Pope, survived a bout of Spanish flu in Barcelona that killed the show’s announcer, visited Venice and southern France, and saved a prince’s life in Munich. It happened when a bronco broke loose from its cowboy handler and headed for Prince Luitpold of Bavaria, who thought it was all part of the act. Annie tackled him, saving the prince’s life, and later remarked that she “was the only person alive that ever knocked a ruling sovereign down and got away with it.” There is another famous story from this tour that Oakley, according to a nephew, explicitly denied. The story goes that German Prince Wilhelm had seen Oakley shoot a cigarette from Butler’s mouth and wanted the stunt repeated while he held it. It goes that after shifting the cigarette to the future Kaiser’s hand, Annie nipped the ashes right off it. On October 27, 1892, Annie Oakley returned to New York, where the newspapers were lined up to interview her. She had become a superstar. 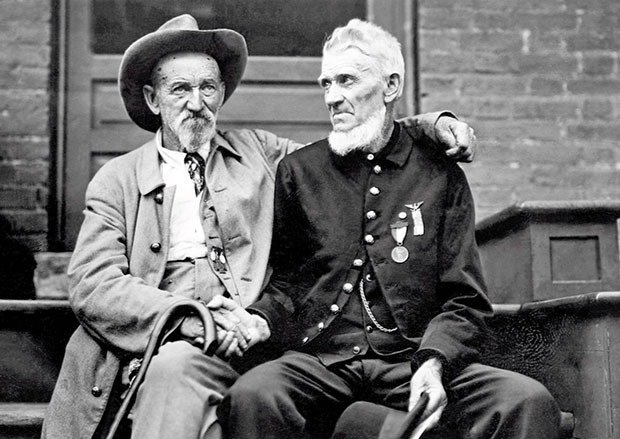 When Confederate and Union veterans let bygones be bygones. (1913). 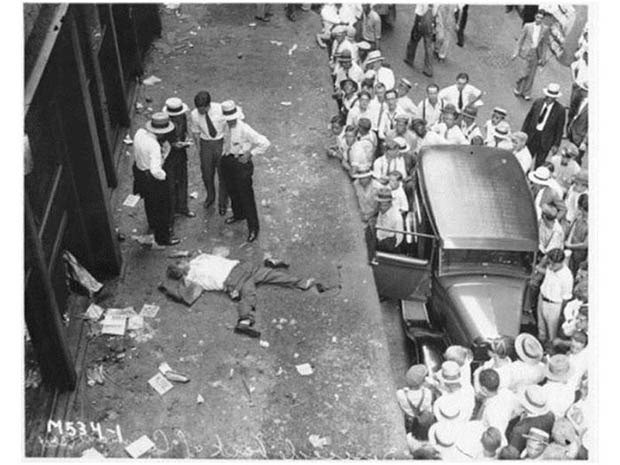 Suicide on Wall Street during the great crash. (1929). 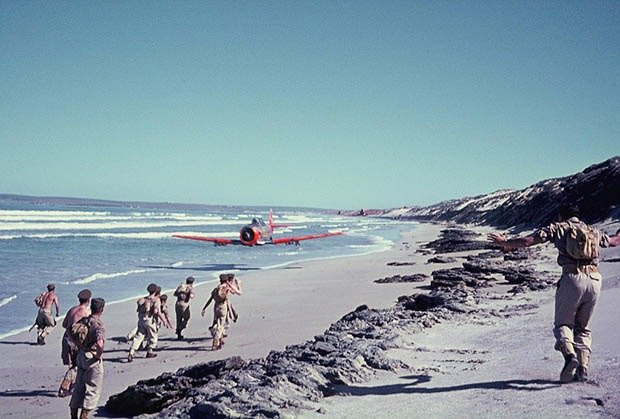 1964 South Africa. S.A. Army Pilots (marching) claimed the Airforce pilots (flying) could never make them hit the deck. And then they hit the deck. 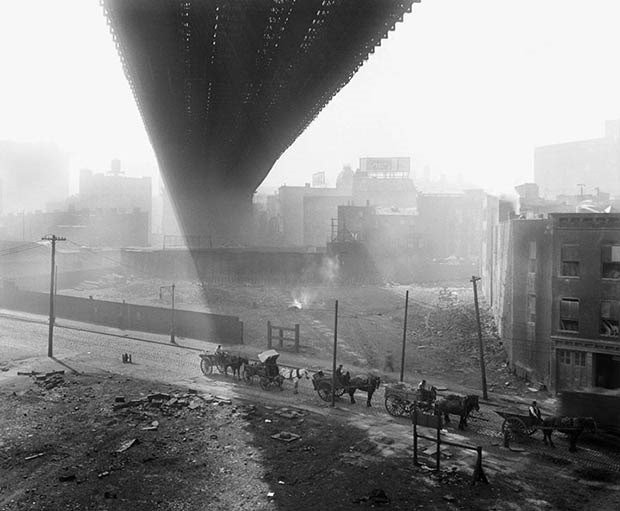 Shadows are cast beneath the Brooklyn Bridge, seen from a stable roof, on May 6, 1918. 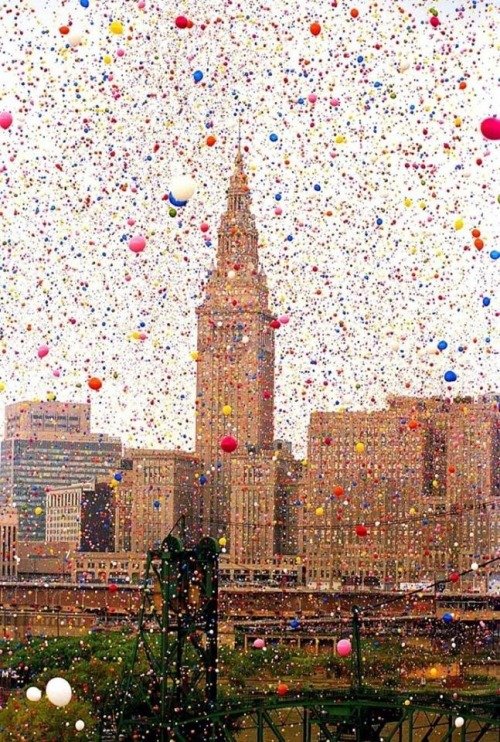 In 1986, United Way of Cleveland released nearly 1.5 million balloons at Balloonfest ’86. Lawsuits from traffic accidents, an airport shutdown, and interference with a Coast Guard rescue operation led to a net loss for the organization.

12. Fall of the Berlin Wall 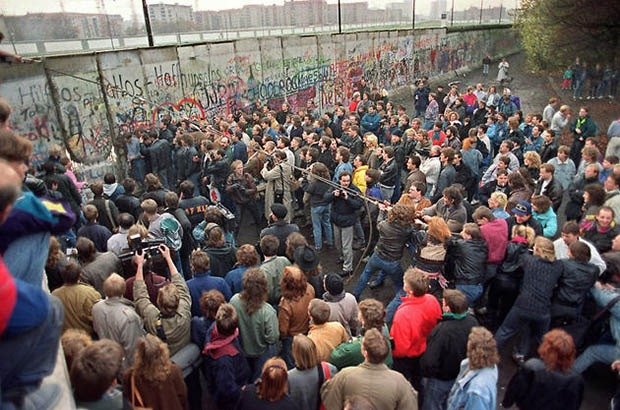 Safety Advice: How to keep Burglars out of your house