1. The uniform of Archduke Franz Ferdinand from 1914, whose assassination triggered the outbreak of WWI. 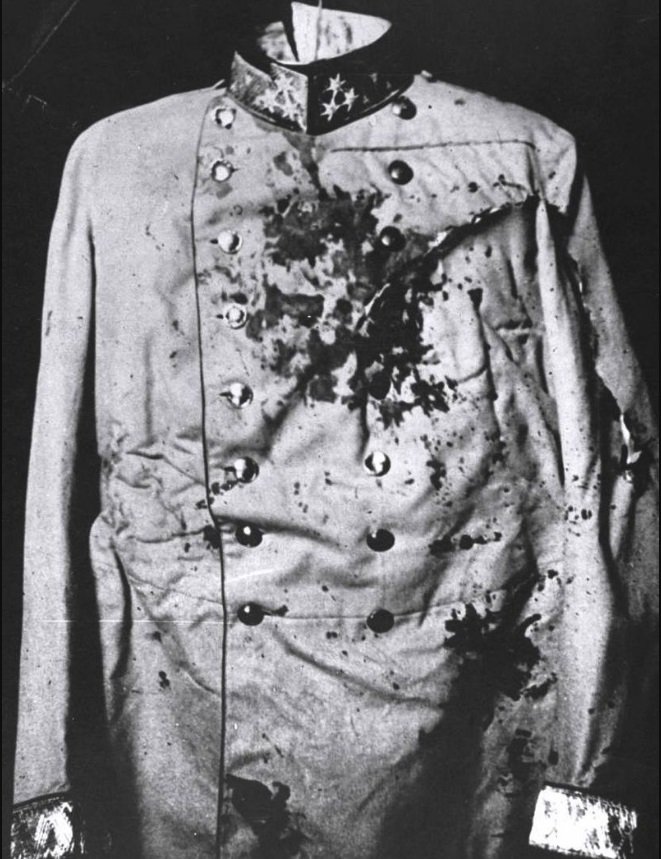 2. Russian prisoners of war lifting up an American soldier after the U.S. 9th Army liberated them from their camp at Eselheide Germany, 9 April 1945. 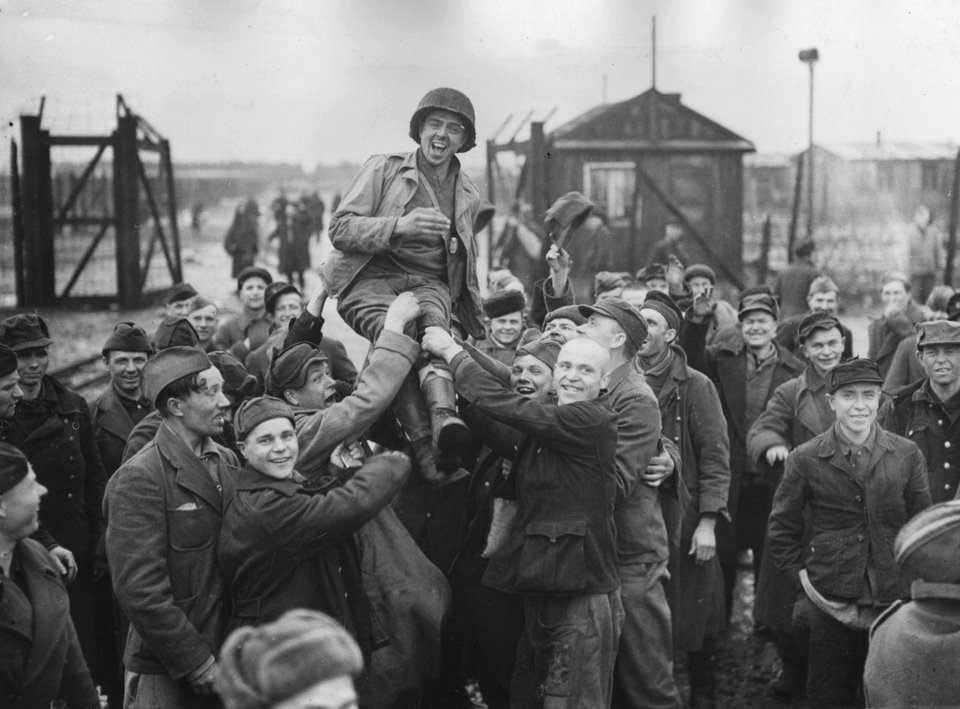 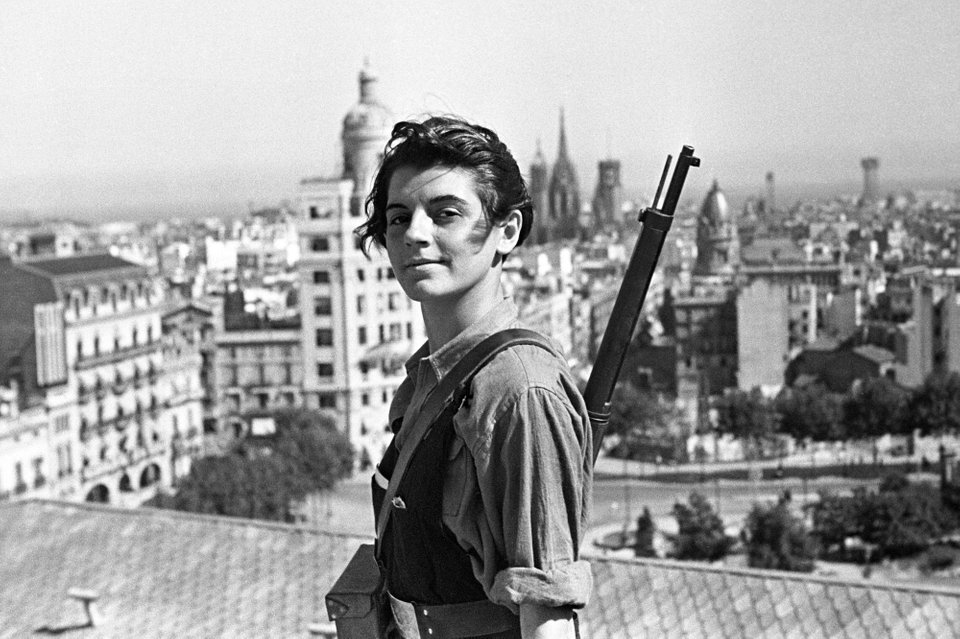 4. C-47 preparing for takeoff in front of the Rock of Gibraltar during WWII, the 1940s. 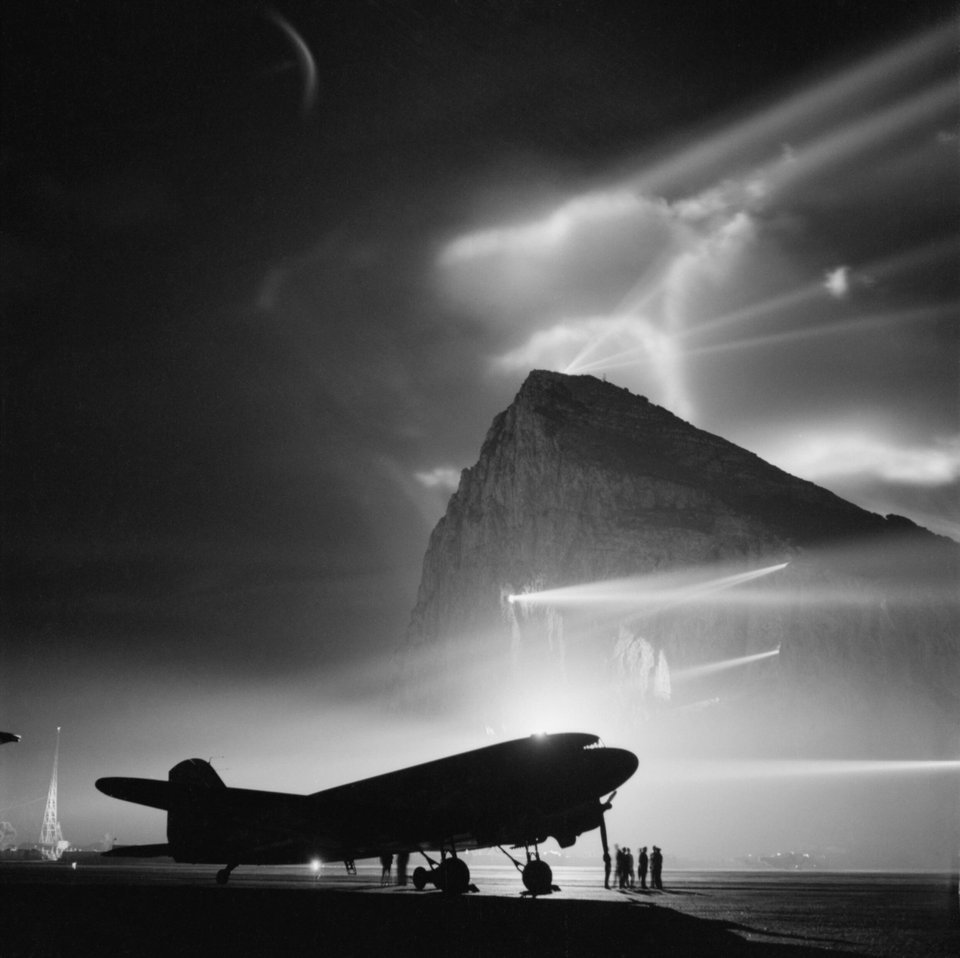 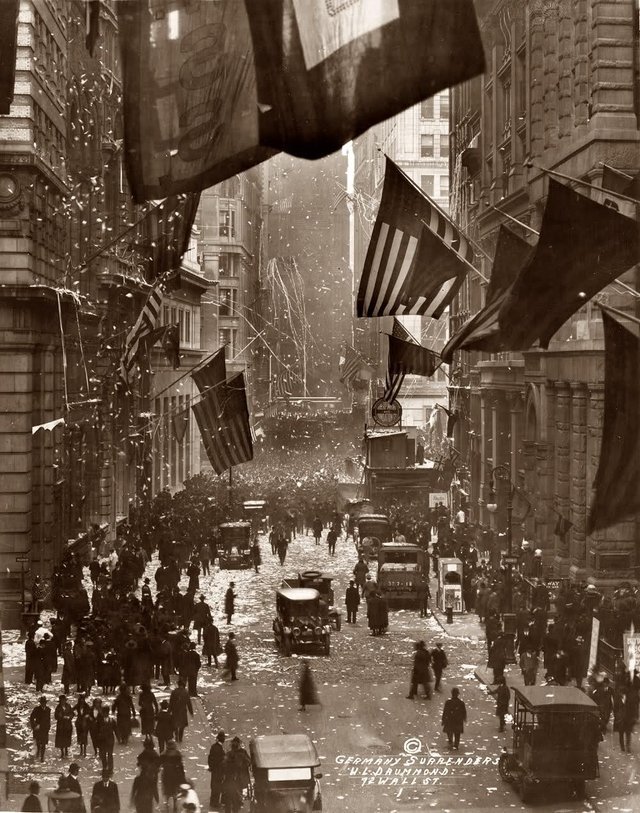 6.A line of British troops blinded by tear gas at an Advanced Dressing Station near Bethune, 1918. 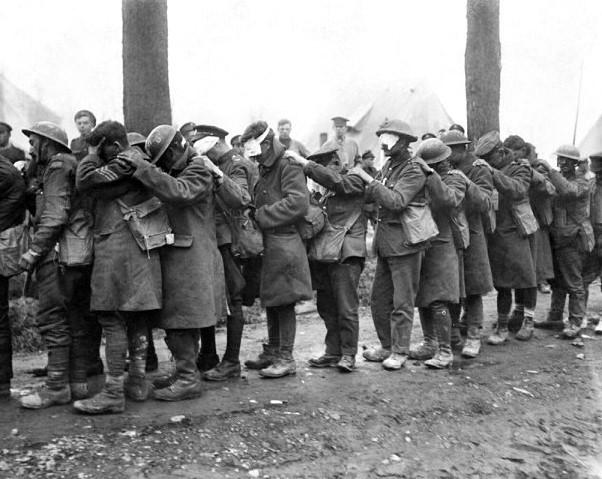 7. Early in WWII, an Essex farmer paints a black cow with white stripes in case it should wander on the road after dusk during the blackouts. 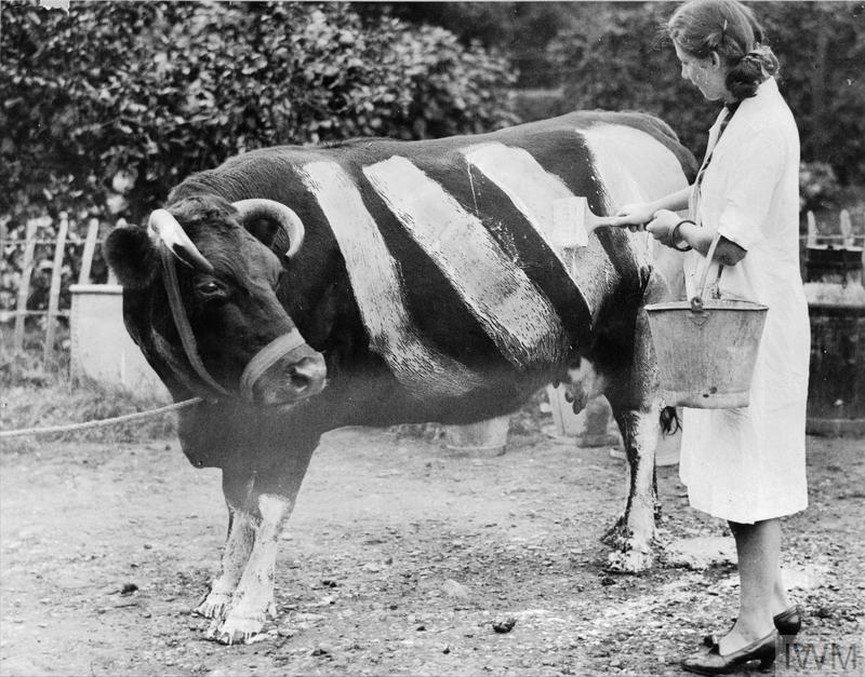 8. Yuri Gagarin on the flight that would make him the first person to ever fly in space, 1961. 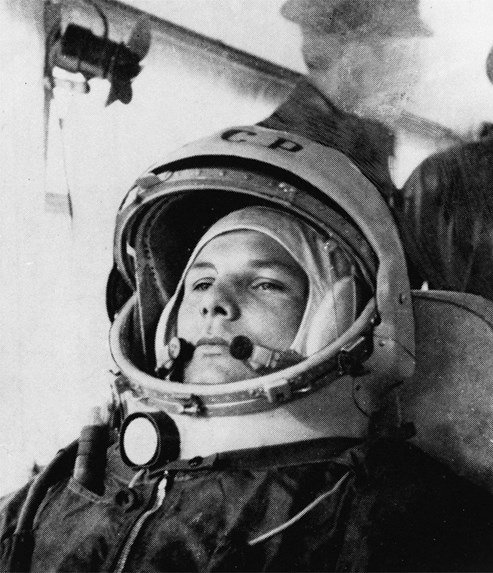 9. A dog in the gas-proof chamber invented by C.H. Gaunt, Chief Technical Superintendent of the People’s Dispensary for Sick Animals, circa 1940. 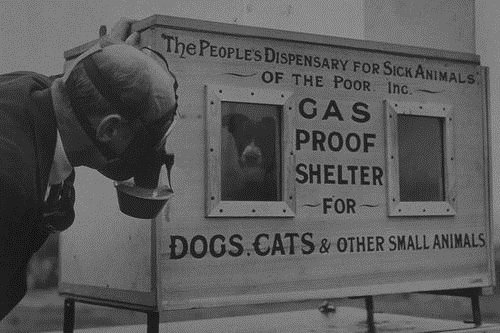 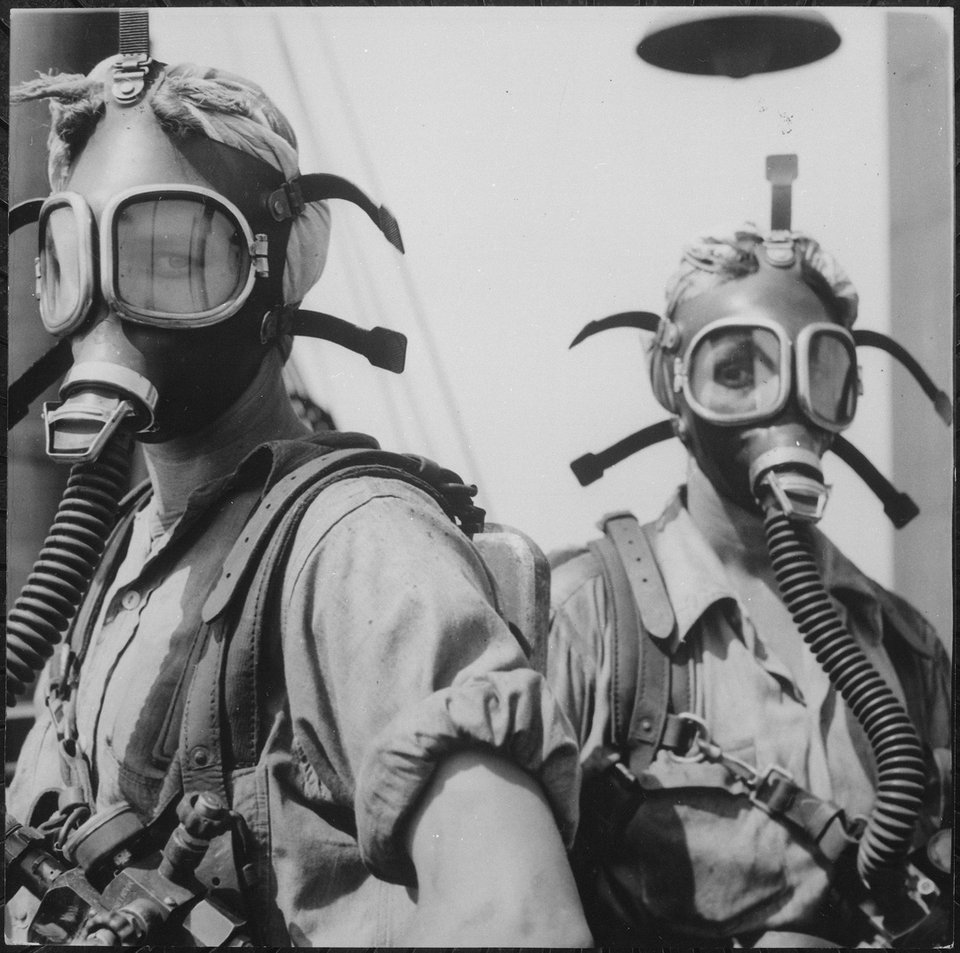