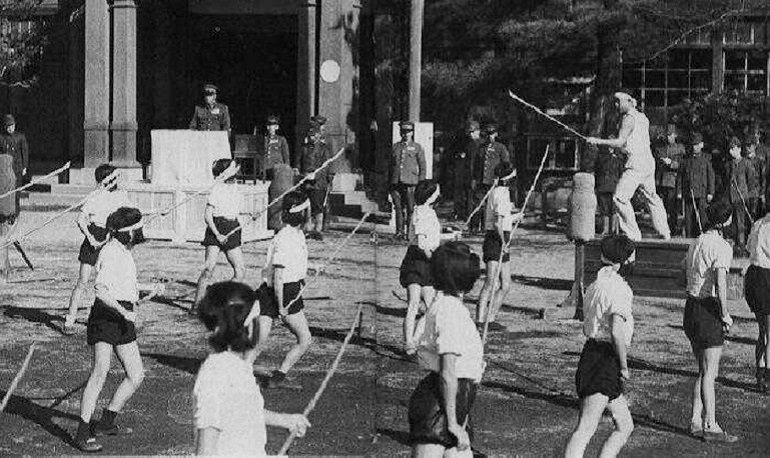 12. Forward torpedo tubes of Gato-class submarine USS Cero (SS-225), during a simulated torpedo attack, while at the Groton, Connecticut, Submarine Base in August 1943. 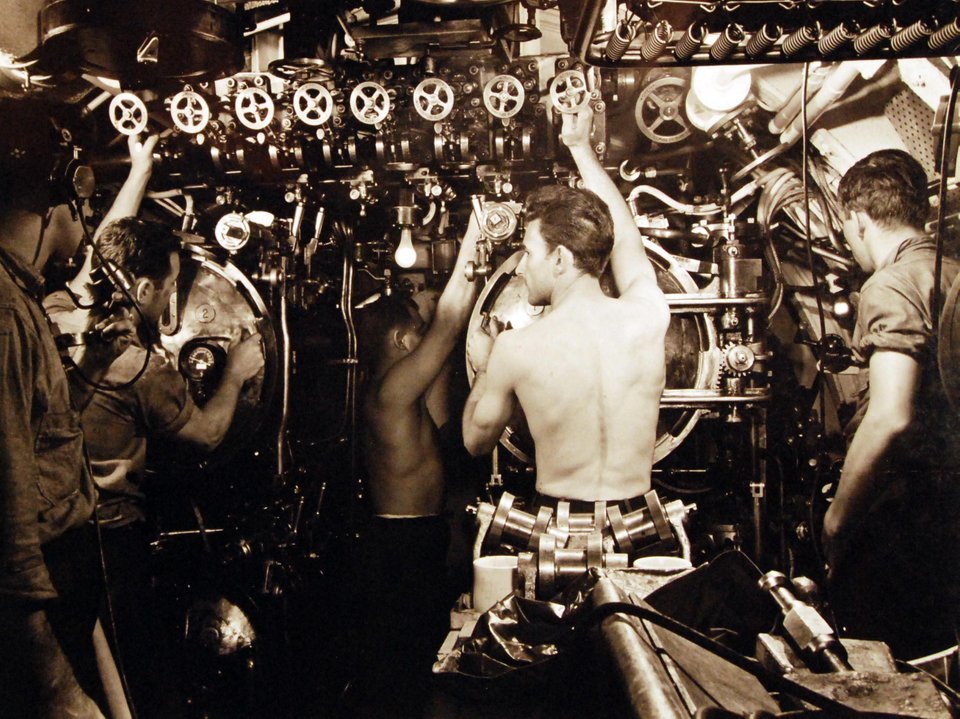 13. Survivors from the Belgian steamer Kabalo, sunk in the Atlantic, are taken aboard the Italian submarine Comandante Cappellini, her sinker, 15 October 1940. 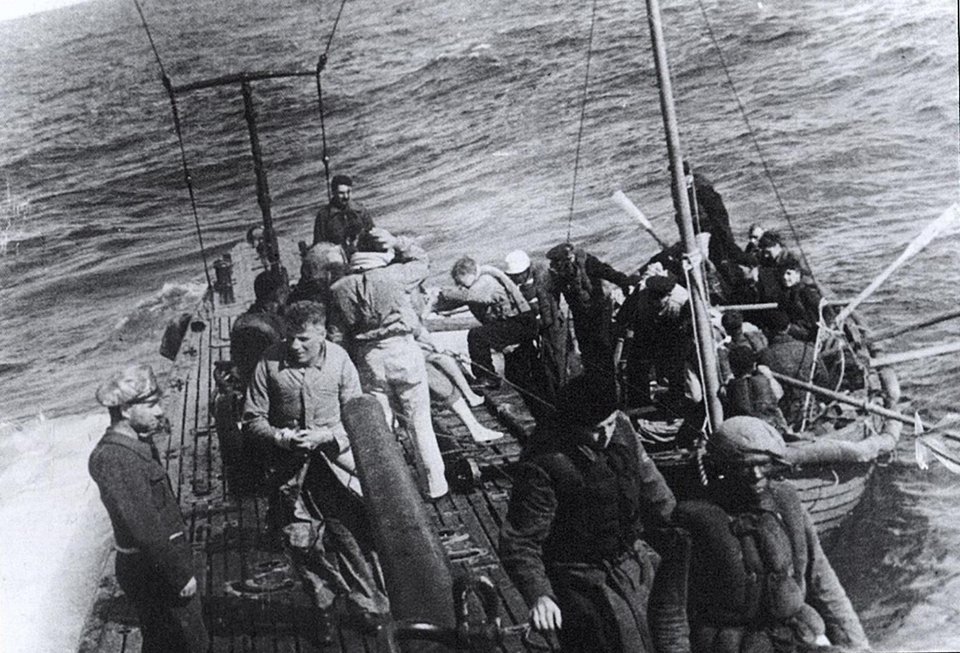 14. Girls at a high school in Brooklyn protesting the school dress code saying females could not wear slacks, 1940s. 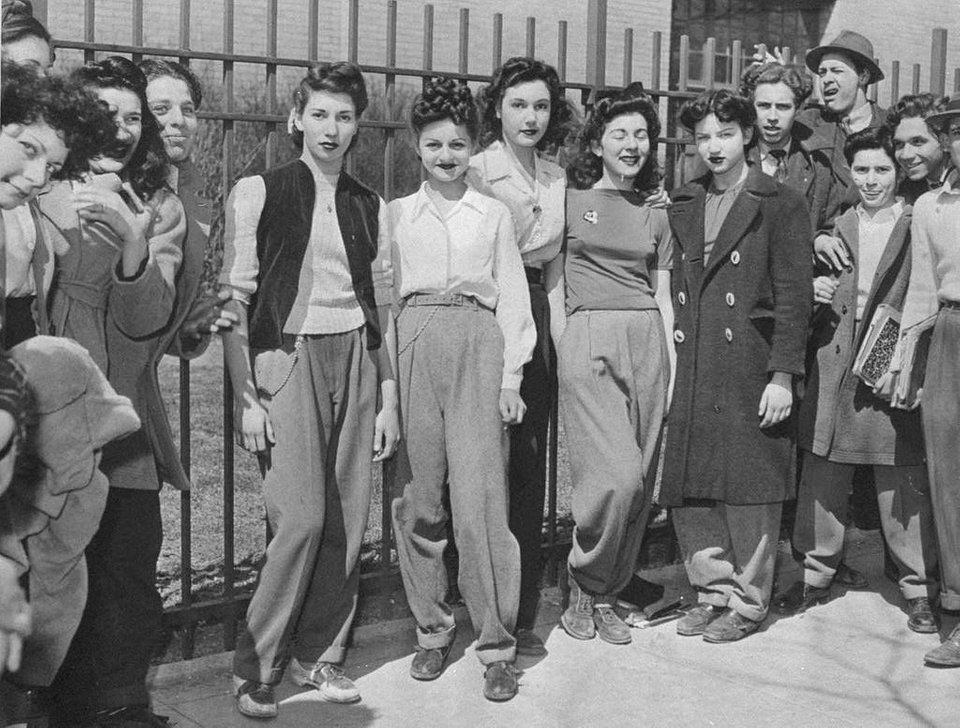 15. Adolf Hitler and his officials visiting the Les Invalides, the tomb of Napoléon Bonaparte at Paris, France, 1940. 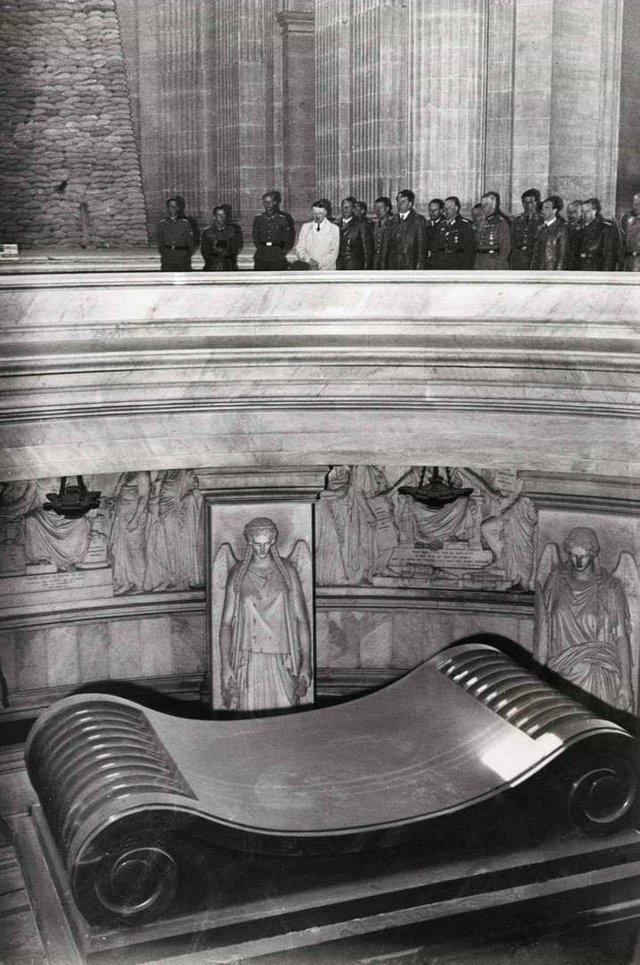 16. Rosa Parks sits at the front of a bus following the end of racial segregation by the transit company, circa 1965. 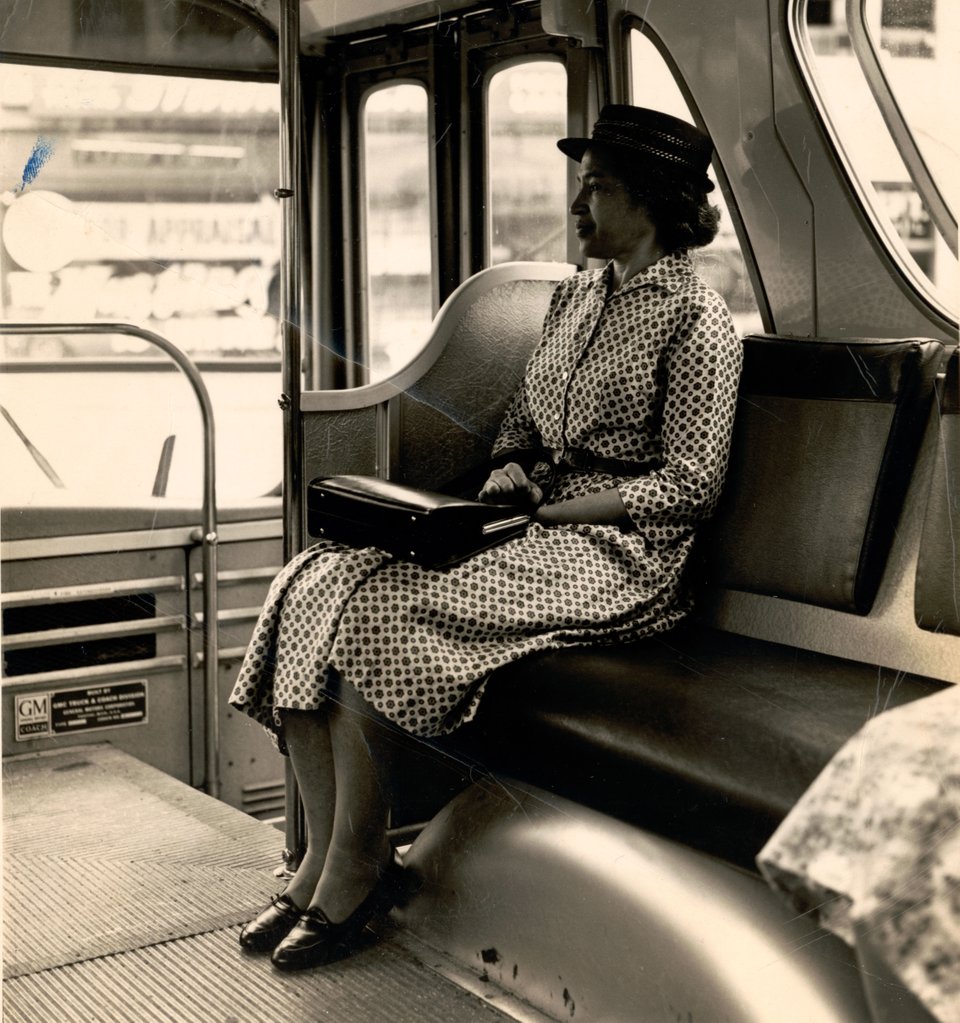 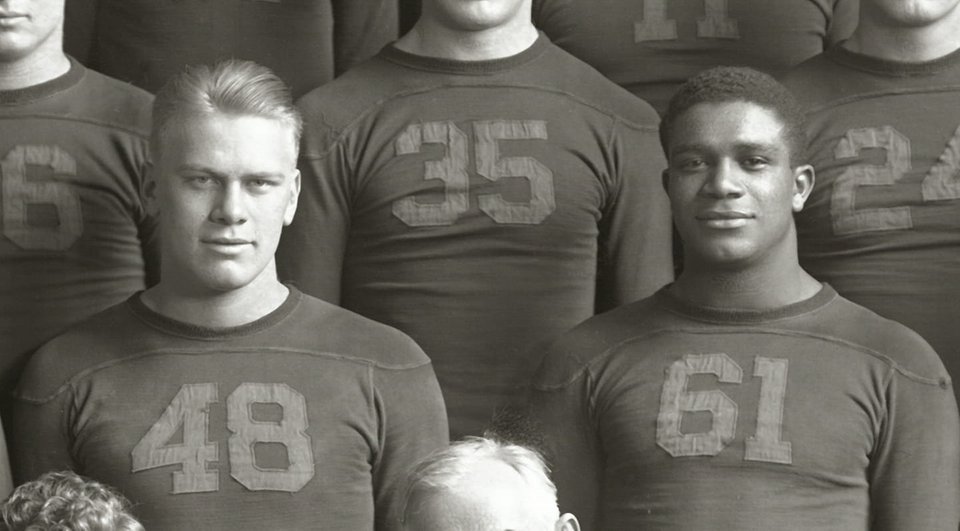 Within 4 decades, the man at left would be President of the United States. 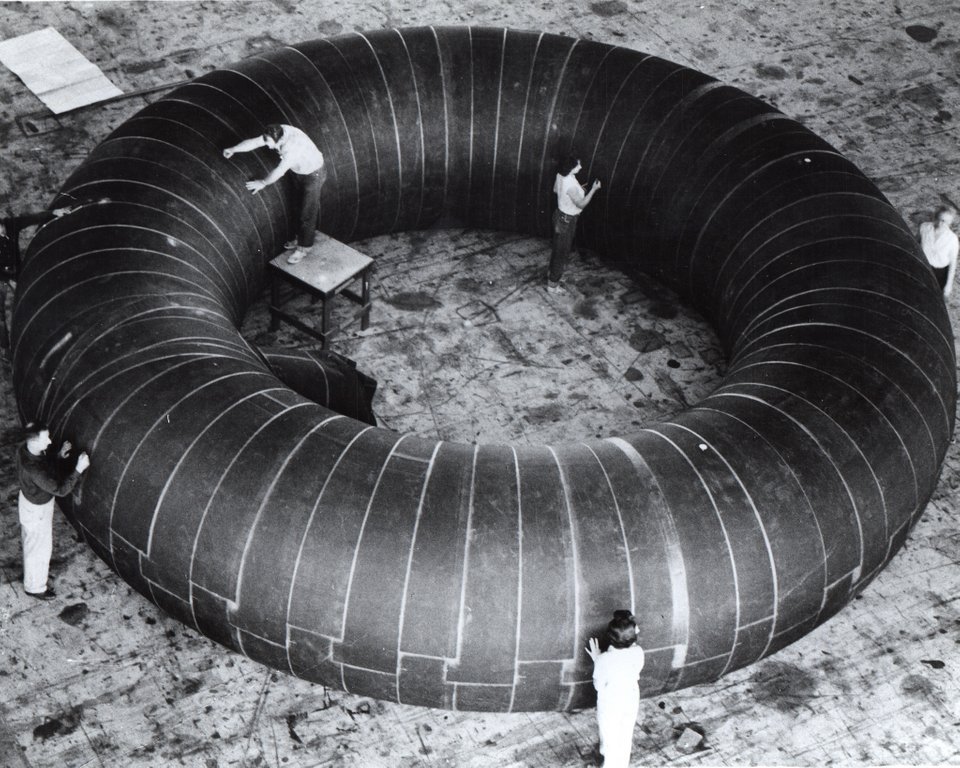 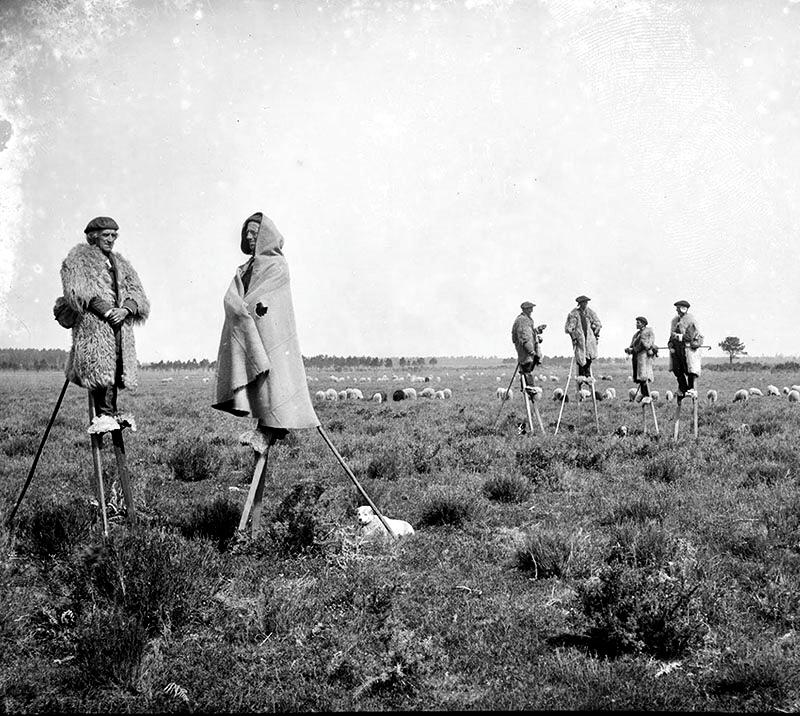 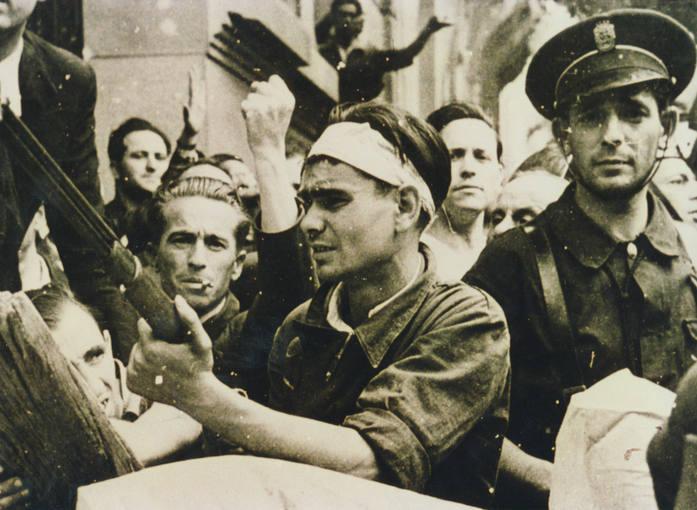