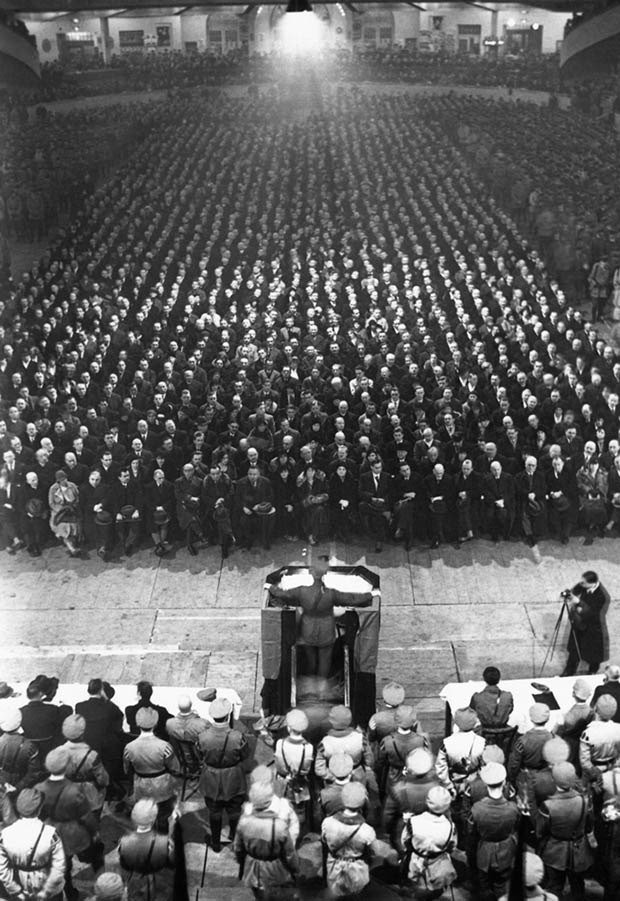 Large Anti-Hitler demonstration at the Berlin Sportpalast on December 2, 1931, organized by the Republican Reichsbanner, an organization whose goal was to defend parliamentary democracy against internal subversion and extremism from the left and right. 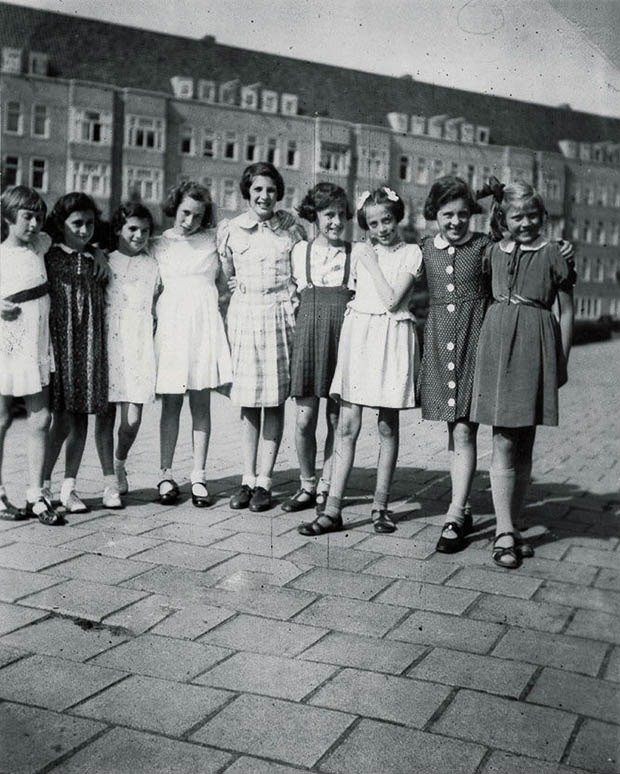 A photo of Anne Frank and her friends who are celebrating Anne’s 10th birthday. (1939). Anne is pictured second to the left in a dark colored dress. 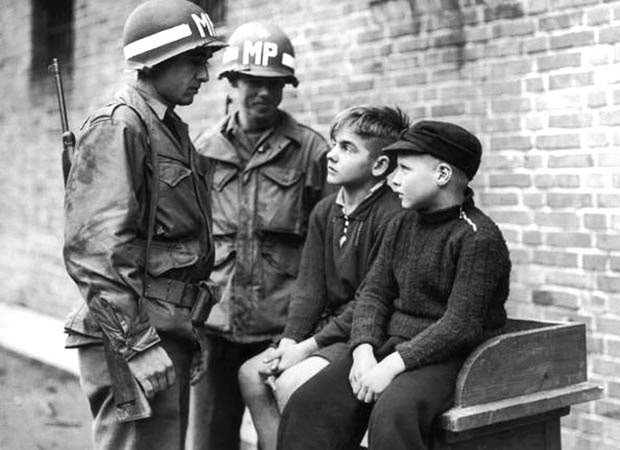 American MPs with 14 year-old Willy Etschenberg and 10 year-old Hubert Heinrichs, who are being held after sniping at U.S. troops in Aachen, Germany, October 1944. The boys said they had been taught to do this by the Hitler Youth movement.  N.B. Hitler Youth membership was compulsory from 1936 onwards. They had never known a time where kids weren’t in the system. Membership penetration is estimated to have been 80-90% of teens. 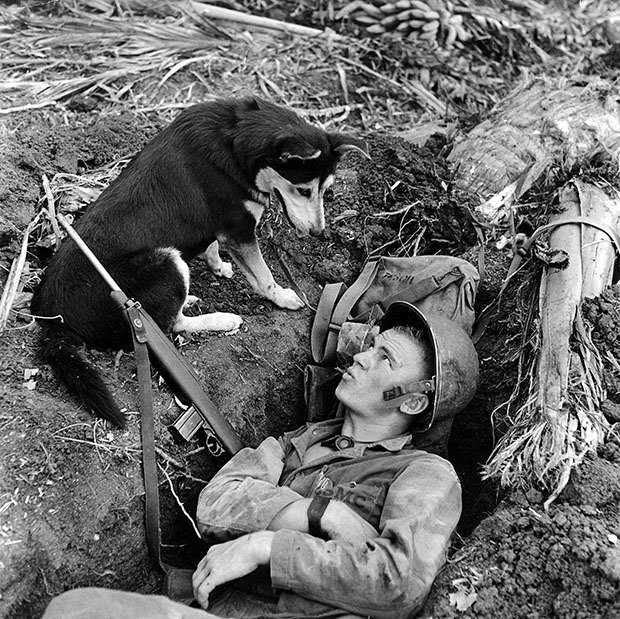 “How about moving over, Bud?” – A scouting dog and a US Marine who is comfortably occupying a foxhole in Guam, during World War II, 1944. While the Army had put war dogs to good use already, mainly for sentry and guard duties, World War II was the first organized deployment of canine warriors by the Marine Corps, and the Marines intended to bring the dogs into the field, sniffing out enemy positions to warn of ambushes and ferrying messages back and forth.

Only a select few were accepted into service, and even then they would undergo rigorous training to prepare them for life in the combat zone. In total, 1,074 dogs were ‘enlisted’ in the Marine Corps, and 29 would die in combat, along with just under 200 fatalities from disease or accidents. After a year of organization and training, the 1st Marine War Dog Platoon entered action on Bougainville on November 1st, 1943. During the long ride through the Pacific, the handlers were considered to be pretty strange, and their mission was questioned by many, but once they entered combat, the value of the “Devil Dogs” was pretty quickly apparent, and Marine War Dogs would serve through the end of the war.

After the war, an outcry ended plans to euthanize the remaining veteran animals, and instead they were put through demilitarization training, with almost universal success. Many were returned to their families, although in more than a few cases, the Marine handler would bring the dog back to civilian life with him. 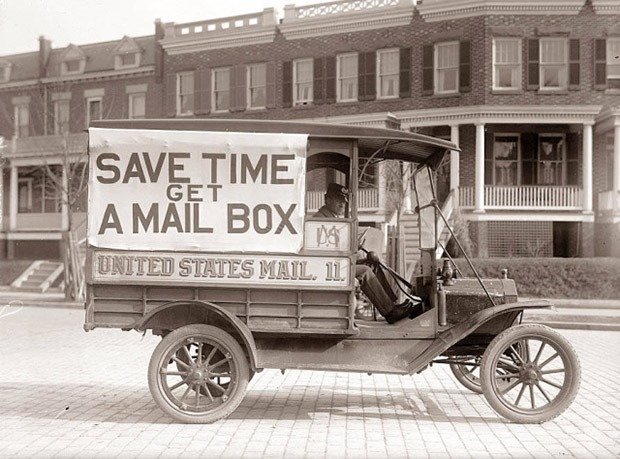 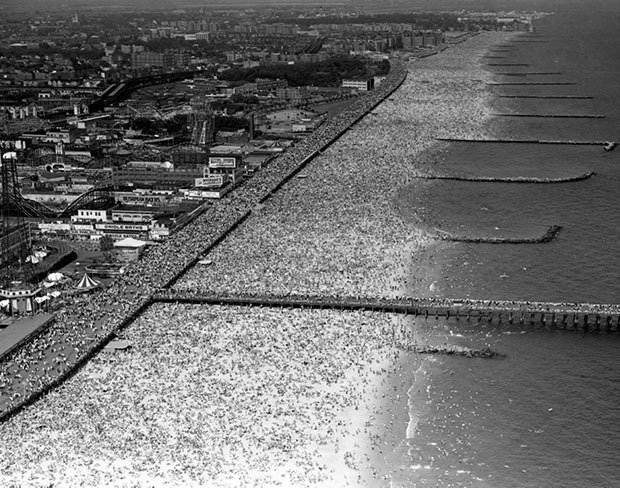 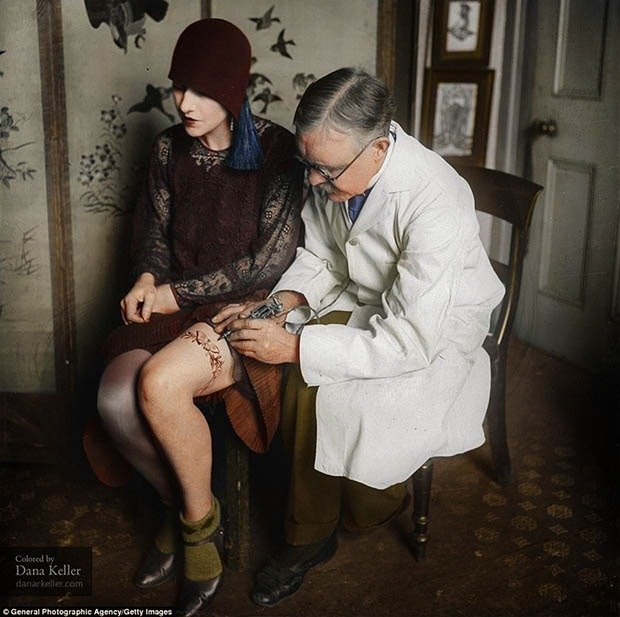 Colorized photo of British tattoo artist George Burchett, the “King of Tattooists”, 1930. He was expelled from school at 12 for tattooing his classmates. He joined the Royal Navy at 13. Among his customers were King Alfonso XIII of Spain, King Frederick IX of Denmark, and the ‘Sailor King’ George V of the United Kingdom. 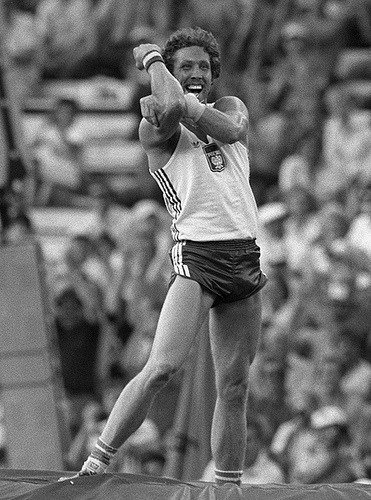 Polish athlete Wladyslaw Kozakiewicz shows his famous gesture to Soviet fans that booed him, 1980. He defeated the Soviet athlete Konstantin Volkov at the finals of the Olympic games. Public was biased and tried as much as they could to distract focusing non-Russian athletes (screaming, whistling, booing etc.). After the Olympics, the Soviet ambassador to Poland demanded that Kozakiewicz be stripped of his medal over his “insult to the Soviet people”. The official response of the Polish government was that the gesture had been an involuntary muscle spasm caused by his exertion. 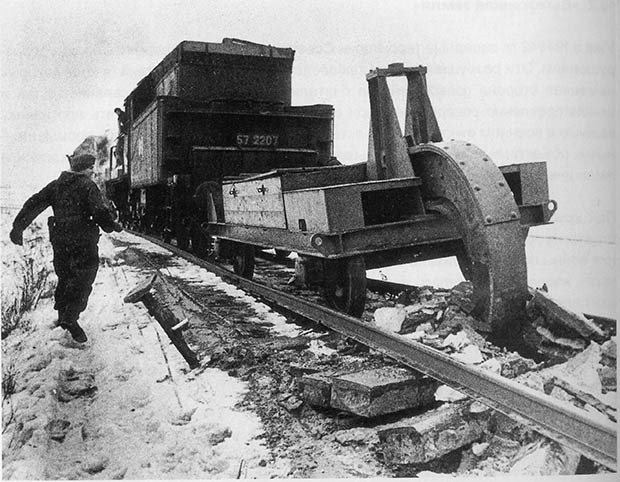 A railroad plough, also known as a Schienenwolf (‘rail wolf’), destroys Soviet train tracks as the Germans retreat, winter 1943. Here is the video of it working. 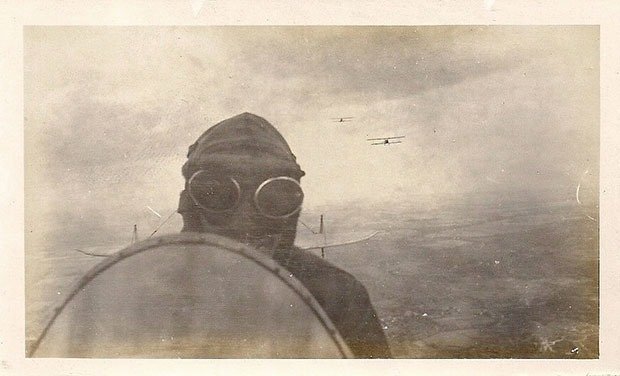 WWI Biplane Pilot, 1915. Aerial combat happened in WW1 little more than a decade after the first powered flight. This is one of those cases of war forcing an extremely fast improvement in technology. At the beginning of the war, airplanes were little more than wooden fruit crates with lawn mower engines, covered in fabric. Extreme maneuvers could tear them apart in mid-air. They tried attaching machine guns to them and ended up shooting their own propellers. By the end of the war, less than a decade later, they had aluminum frames with powerful engines that could withstand incredible mid-air aerobatics, with machine guns that were geared to the crankshaft so that they would shoot between the propellers. All within 15 years of the first flight at Kitty Hawk. It was an amazing leap in technology in such a short span. 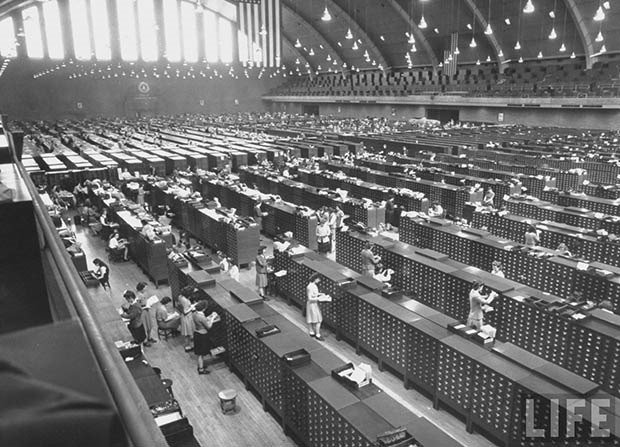 An overflow facility that the FBI’s Identification Division started using during World War II for the purposes of clearance needs of the armed services, 1944. The building is the DC Armory, a multi-use arena facility and sometimes ice rink, which is still in existence. By 1942 the FBI was adding 400,000 file cards a month to its archives, and were receiving 110,000 requests for “name checks” per month. By 1944, the agency contained some 23 million card records, as well as 10 million fingerprint records.

The key thing to keep in mind here is how many security clearances were acquired in World War II (almost 1% of the entire civilian labor force worked on just the Manhattan Project alone, just to give an example of the numbers we are talking about). It became a precursor for the sort of permanent national security state that started up in the Cold War. It is not really about how many investigations the FBI did at this time, so much as it is about the fact that the FBI became the main investigator for whether people could have clearances. 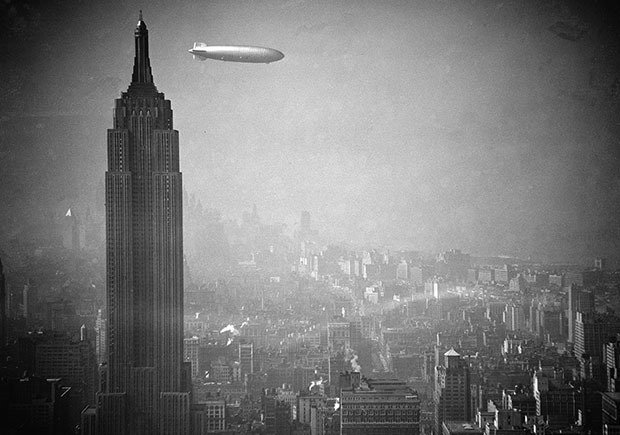 The Hindenburg floating past the Empire State Building in 1936. The building’s distinctive Art Deco spire was originally designed to be a mooring mast and depot for dirigibles. The 102nd floor was originally a landing platform with a dirigible gangplank. A particular elevator, traveling between the 86th and 102nd floors, was supposed to transport passengers after they checked in at the observation deck on the 86th floor. However, the idea proved to be impractical and dangerous after a few attempts with airships, due to the powerful updrafts caused by the size of the building itself, as well as the lack of mooring lines tying the other end of the craft to the ground.