11. Contrails above London after dogfight between British RAF and Nazi Luftwaffe pilots, 1940. 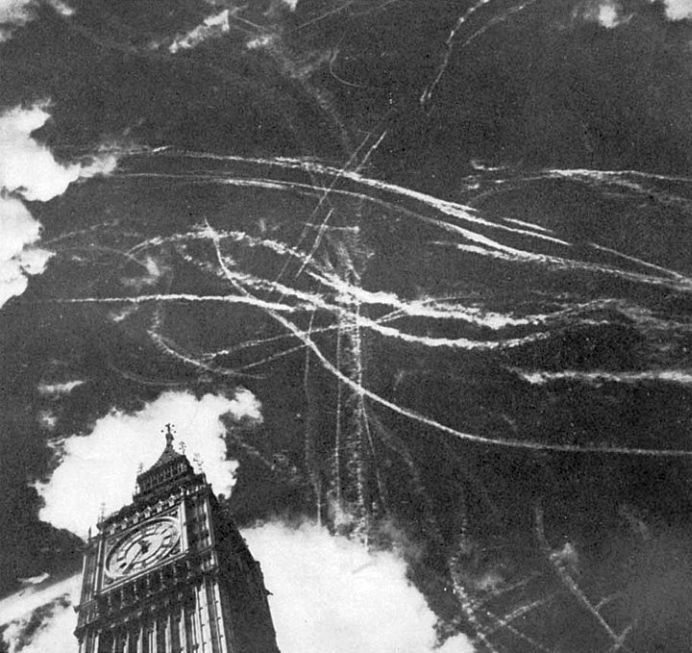 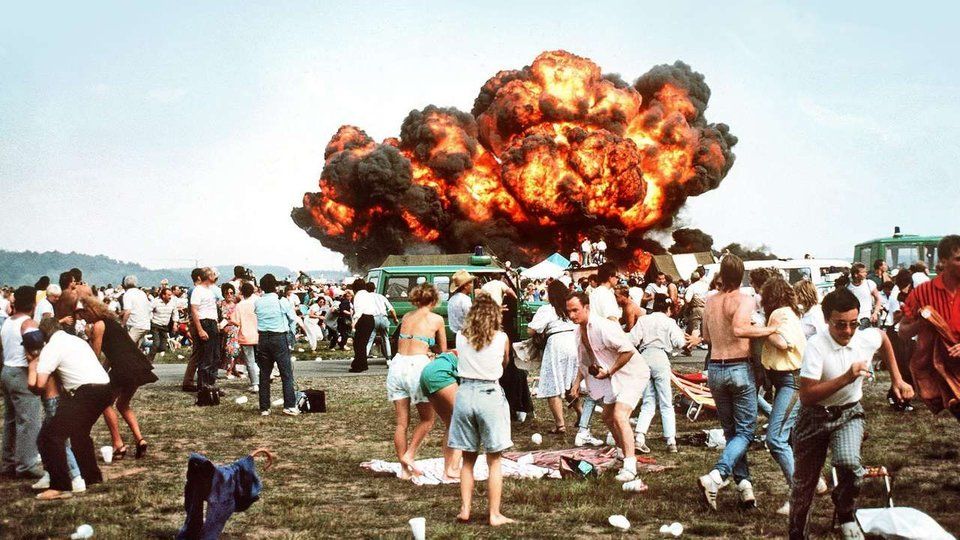 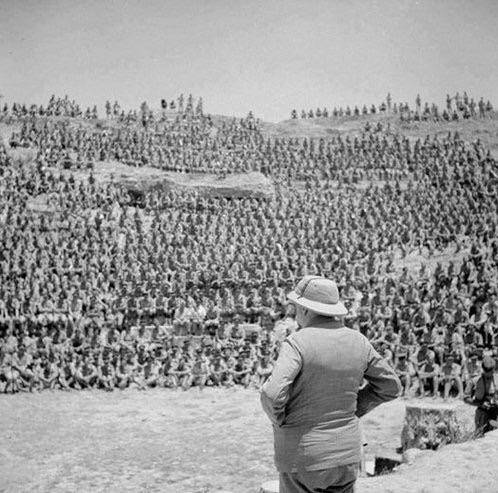 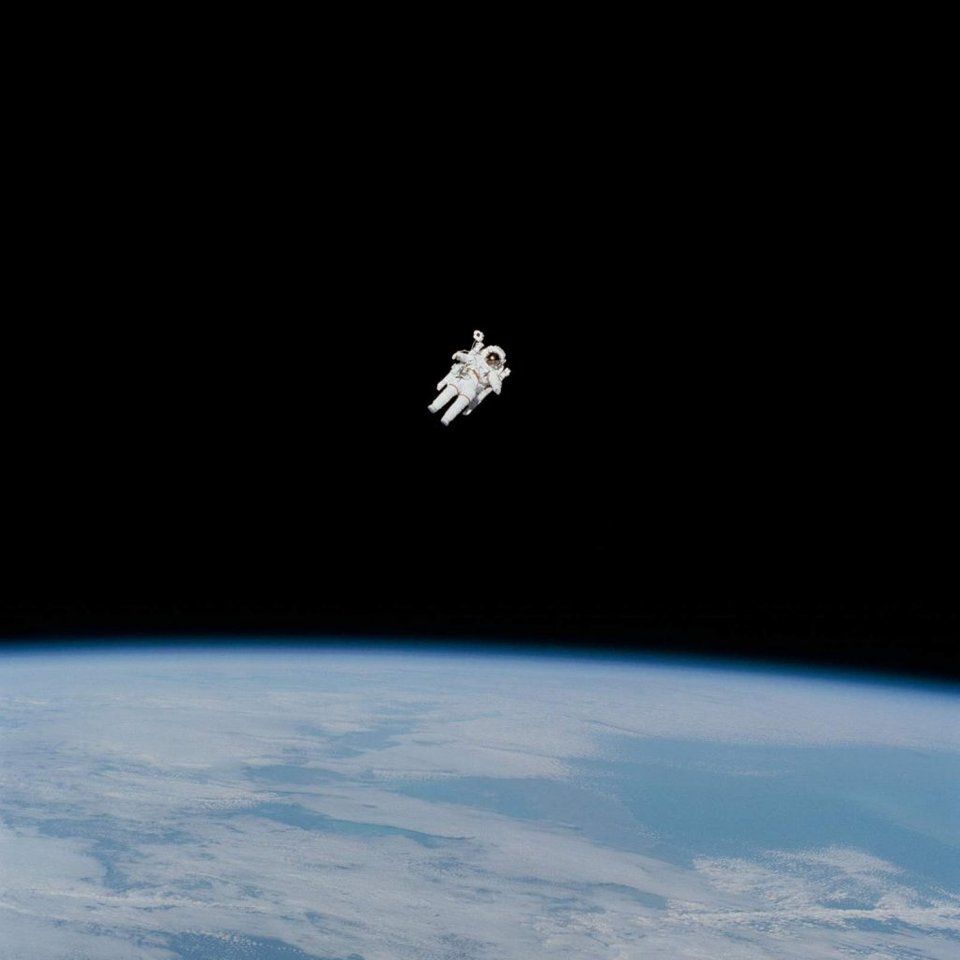 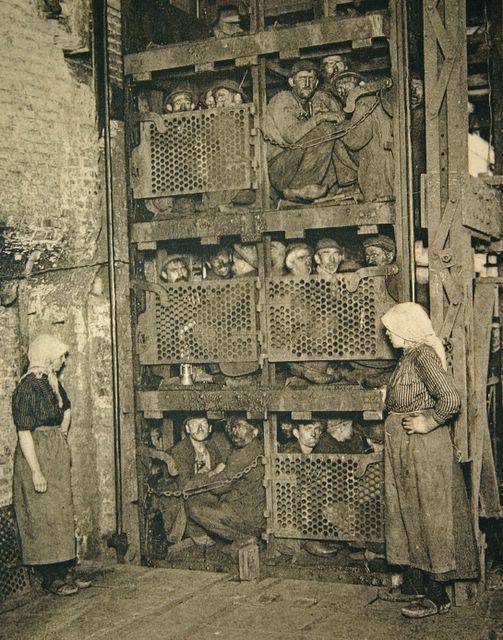 16. Jewish Refugees from Czechoslovakia being deported by British Police because their papers weren’t in order, Croydon Airport, March 1939. 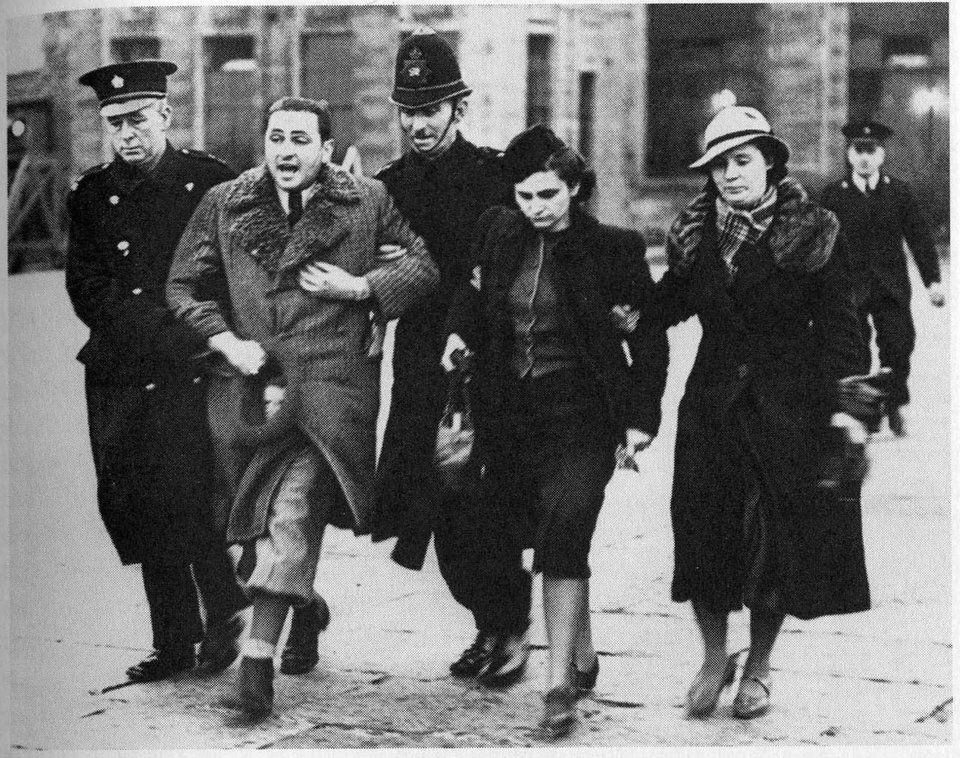 17. The crew of a Soviet SU-76 self-propelled gun celebrates the linkup with American troops near the German city of Griebo in May 1945. 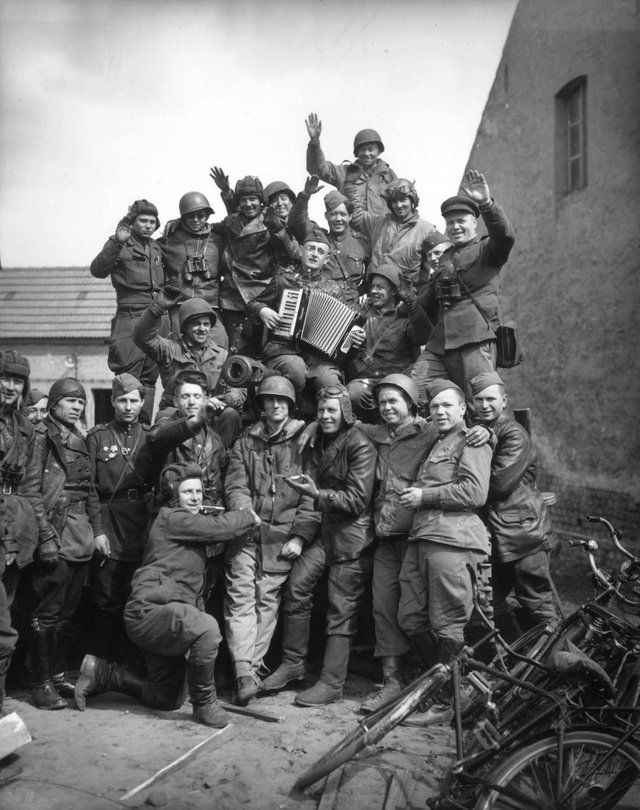 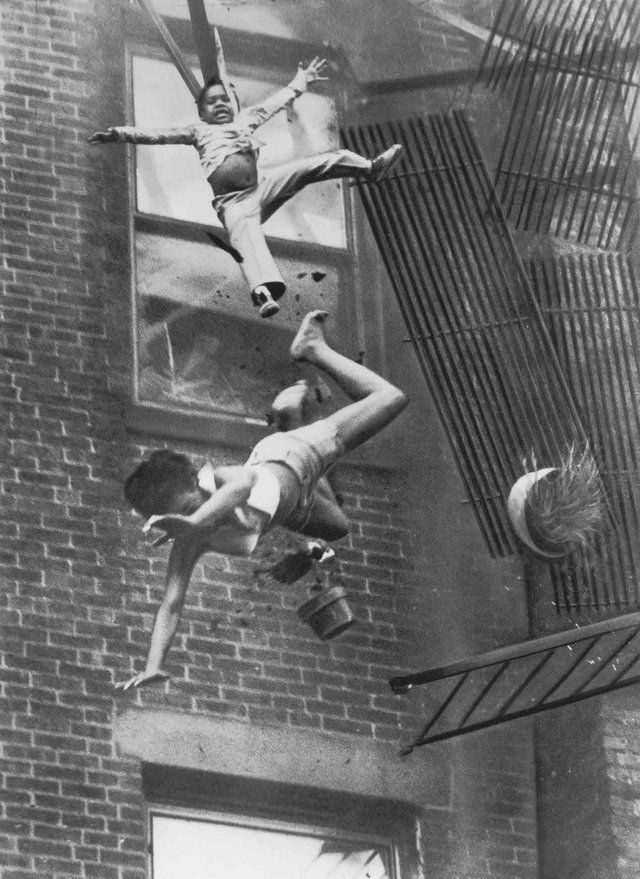 19. A perimeter guard on shore, during heavy rain, tries to keep dry while guarding SS Baton Rouge Victory after the ship hit a mine on the Long Tao River, Vietnam, 29 August 1966. 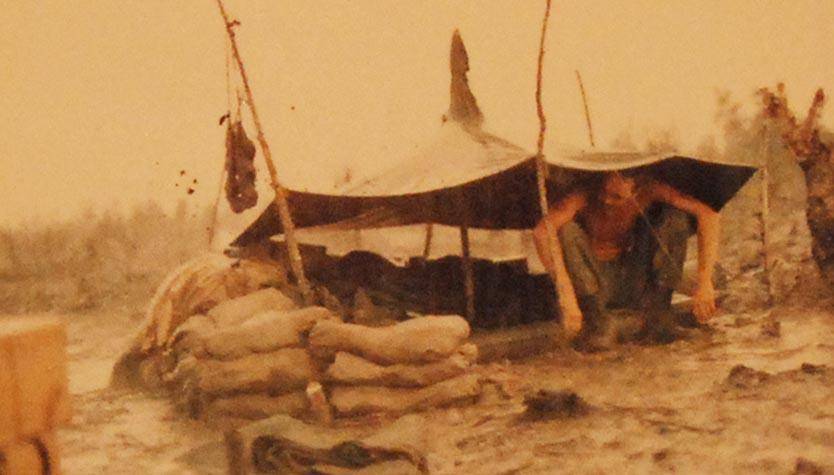 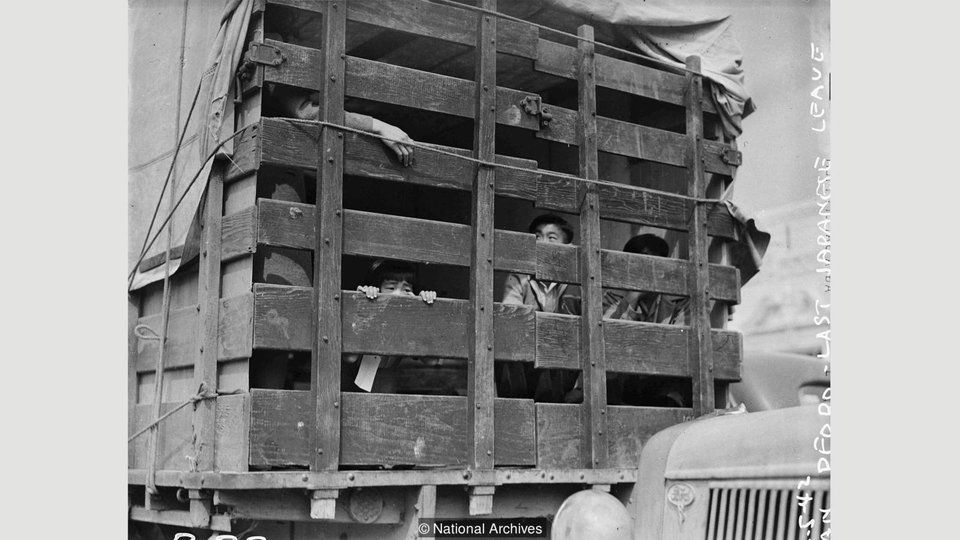