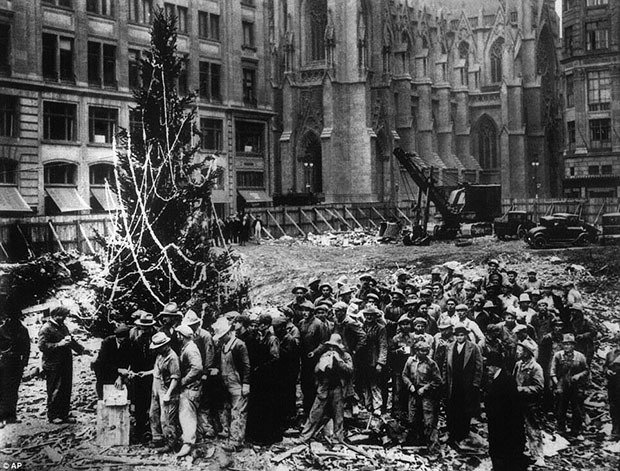 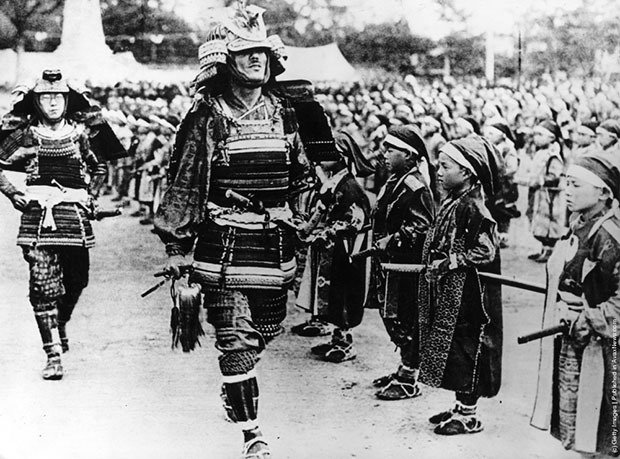 Younger and older samurai at a pageant in Japan, between the two World Wars, 1930. These aren’t actual samurai. They are equivalent to civil war re-enactors of the US. Samurai class were abolished in 1873 by the emperor after the successful Boshin war (1868) that also ended the Shogun. There are not many pictures of actual Samurai, partly due to the short period they existed during the life of the photograph, and also because of Japan’s isolation from the west and their hesitation to adopt Western technology and culture. 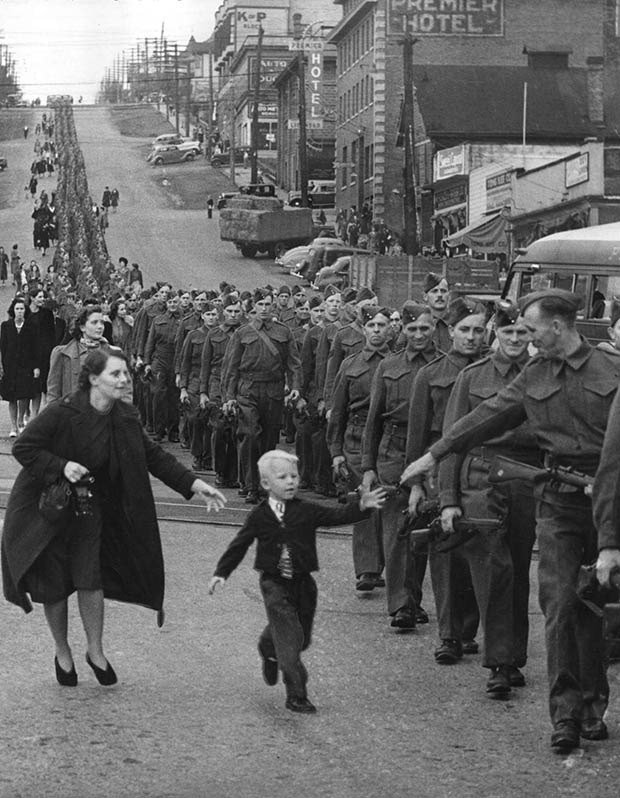 Warren “Whitey” Bernard runs out to his father, Pte. Jack Bernard as his unit The British Columbia Regiment was marching near Vancouver, Canada, October 1, 1940.  Pte. Jack Bernard survived the war but his wife divorced him after he came back to Canada. The unit still exists as part of the Canadian Army Reserve 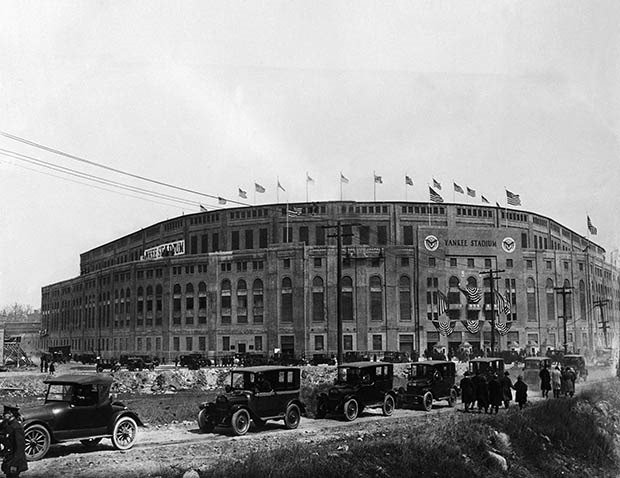 Yankee Stadium opening day, April 18 1923. Opening game was against the Boston Red Sox. Yanks won 4-1 Ruth went 1 for 2 with a home run (shocker), and an error in the field (another shocker). 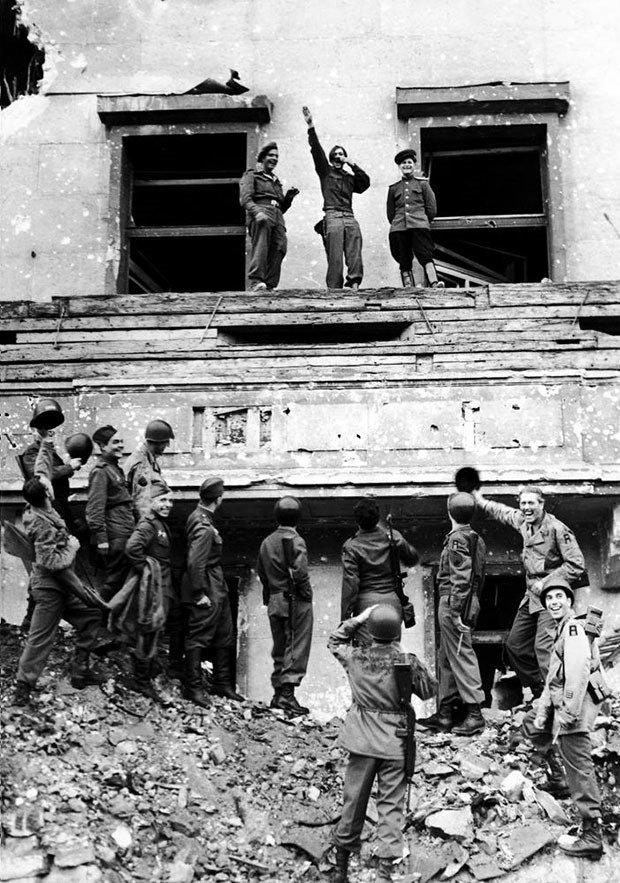 Allied soldiers mock Hitler atop his balcony at the Reich Chancellery, by Fred Ramage, 1945. 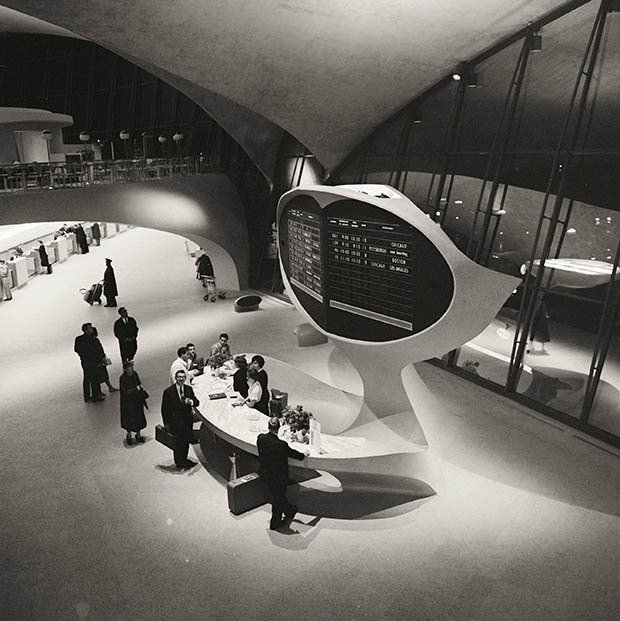 Information desk, Trans World Airlines Terminal, John F. Kennedy Airport, New York, New York, by Balthazar Korab, between 1956-60. It would’ve been known as Idlewild Airport in 1956. All of the original design and fixtures are still there, but no longer in use. 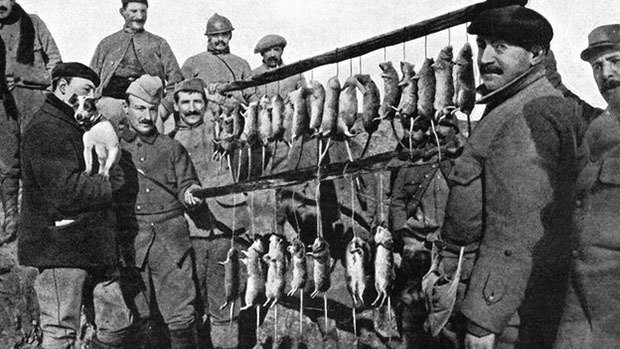 A terrier shows off its catch after a 15 minute rat hunt in French trenches during WWI. September 1916. This is the difference between a cat and a terrier when it comes to rodent control. When it comes to cats, even the best mousers only go after one at a time, and they often pause to eat. Generally it can take them days/weeks to deal with an infestation because of this. If there is rats, you may need multiple cats, because the rats may gang up on the cat.

With a good terrier, they will take care of your rat issues in a matter of hours. They don’t stop to eat. They kill, then move on immediately to the next creature. They don’t play with their prey like cats do. They kill immediately. One terrier will also be much harder for rats to overwhelm as well. They are bigger and stronger than a cat, and their jaws are much bigger. 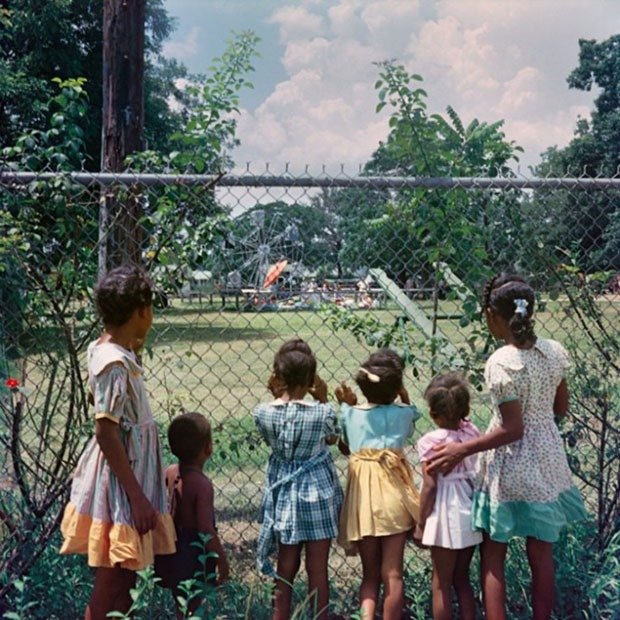 Black children looking in on a whites-only playground, Mobile, Alabama 1956. 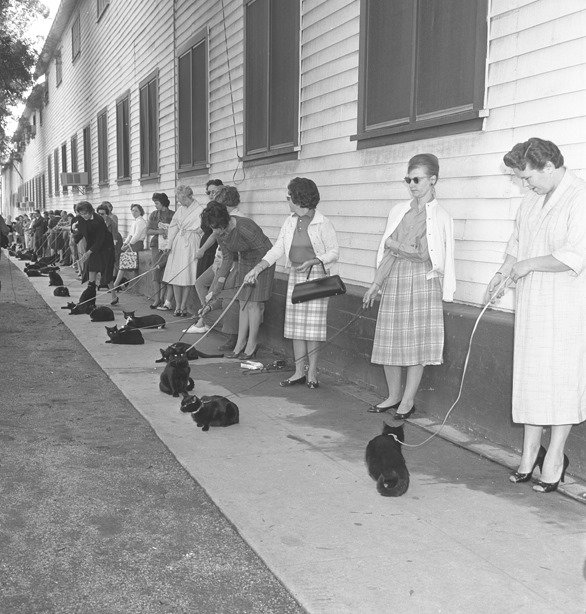 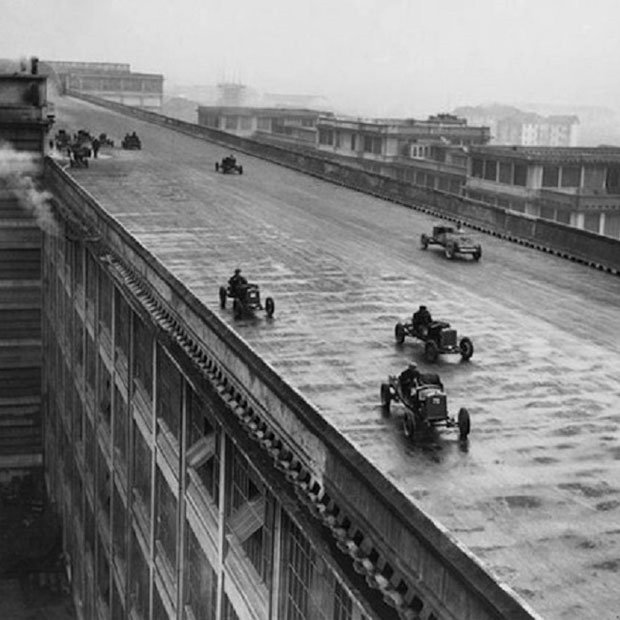 Factory workers race on the roof (test track) of the Fiat Factory in Turin, Italy, 1923.

This building once housed an automobile factory built by Fiat. Construction started in 1916 and the building opened in 1923. The design (by young architect Matté Trucco) was unusual in that it had five floors, with raw materials going in at the ground floor, and cars built on a line that went up through the building. Finished cars emerged at rooftop level, where there was a rooftop test track. It was the largest car factory in the world at that time. For its time, the Lingotto building was avante-garde, influential and impressive—Le Corbusier called it “one of the most impressive sights in industry”, and “a guideline for town planning”. 80 different models of car were produced there in its lifetime, including the Fiat Topolino of 1936.

The factory became outmoded in the 1970s and the decision was made to finally close it in 1982. The closure of the plant led to much public debate about its future, and how to recover from industrial decline in general. An architectural competition was held, which was eventually awarded to Renzo Piano, who envisioned an exciting public space for the city. The old factory was rebuilt into a modern complex, with concert halls, theatre, a convention centre, shopping arcades and a hotel. The eastern portion of the building is the headquarter of the Automotive Engineering faculty of the Polytechnic University of Turin. The work was completed in 1989. The track was retained, and can still be visited today on the top floor of the shopping mall and hotel. 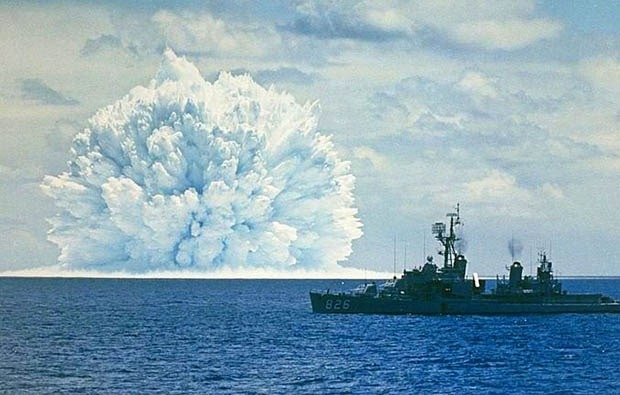 An underwater nuclear test being conducted during Operation Dominic, Pacific Coast off California, 11 May 1962. This was not even the impressive part. The impressive part comes right afterwards. Watch this video of the explosion. It was a fully DOD sponsored test of the ASROC anti-submarine rocket weapon. It was about a 10 kiloton nuclear weapon, that would be fired from a ship to a location underwater near a submarine where it would detonate and hopefully destroy the enemy submarine. 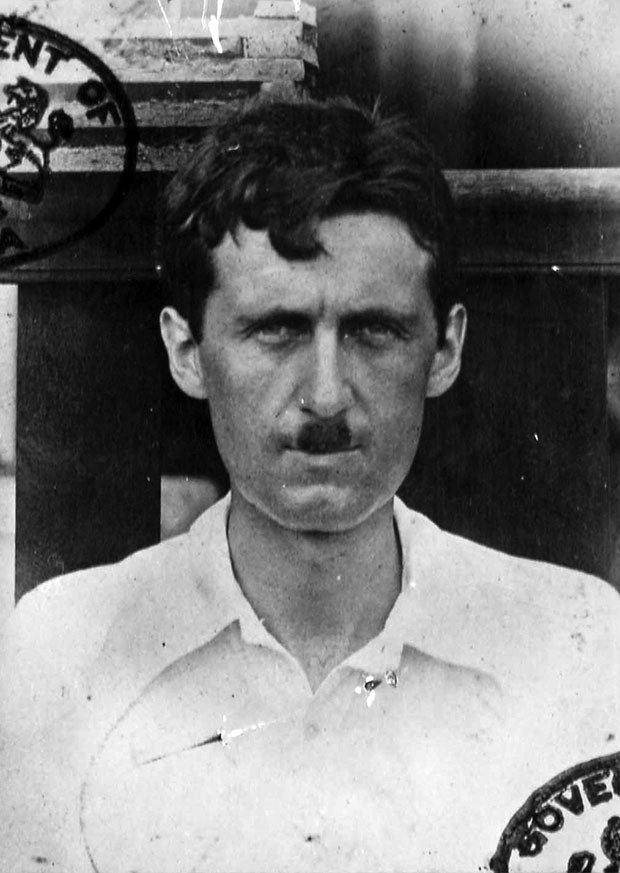 George Orwell’s passport photo from his time as a colonial police officer in Burma, 1922-27.