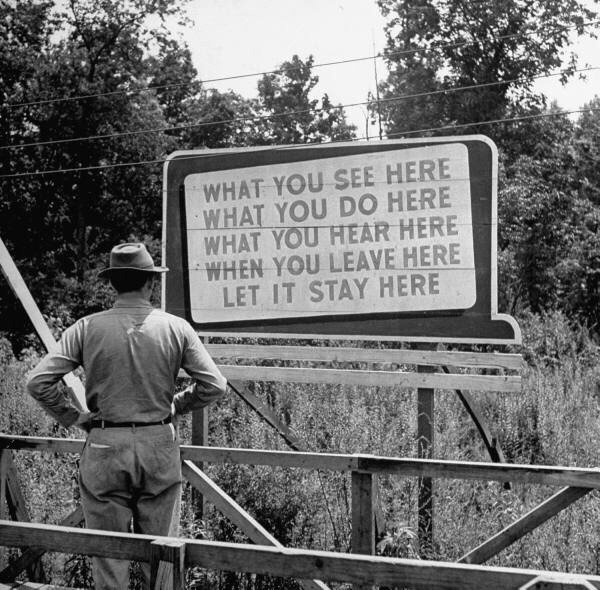 Billboard swearing Manhattan Project workers to secrecy, 1945. Funny story about the Hanford site was the the family members of people who were sworn to secrecy about the projects theorized that it was a toilet paper factory or office supply factory. It was really just employees taking supplies home with them and since it happened so often, it created rumors. 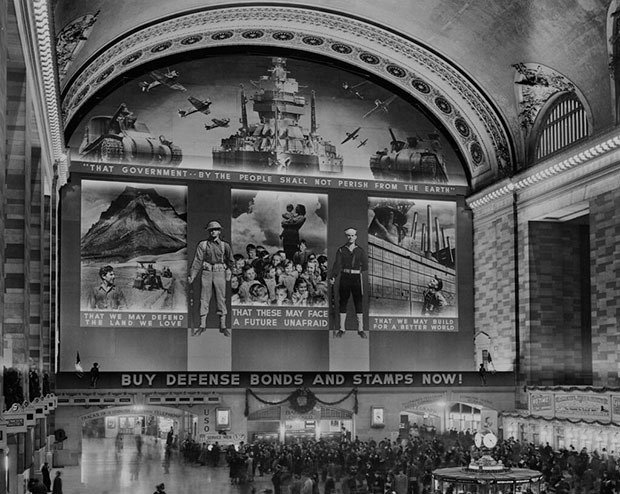 Grand Central Station during World War II. Defense bonds were a form of government bond sold to raise money for the war, sometimes called “war bonds”. You would buy war bonds that would be paid back with a small amount of interest after the war. 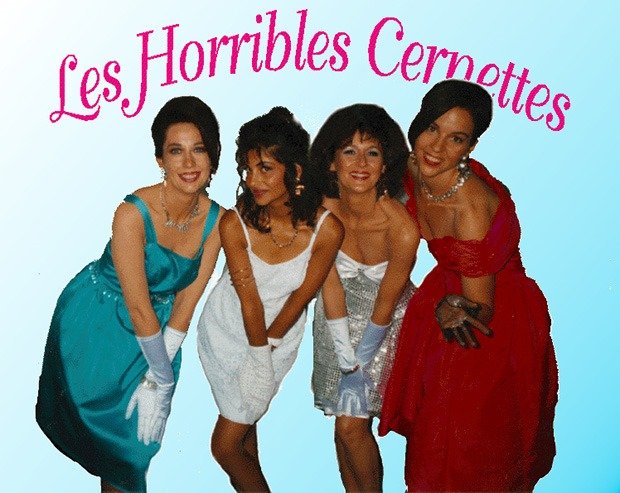 The first image on the internet uploaded by Tim Burners Lee in 1992. Photo is of a comedy band. Not just any comedy band, the only all-female parody pop group made of all CERN employees. 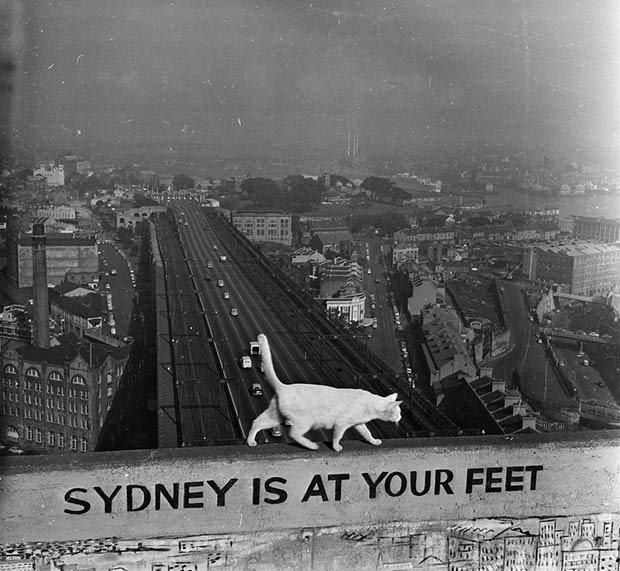 George, a white cat who lives at the top of one of the pylon supports of the Sydney Harbor Bridge, keeps a watchful eye on the city below. 1957. 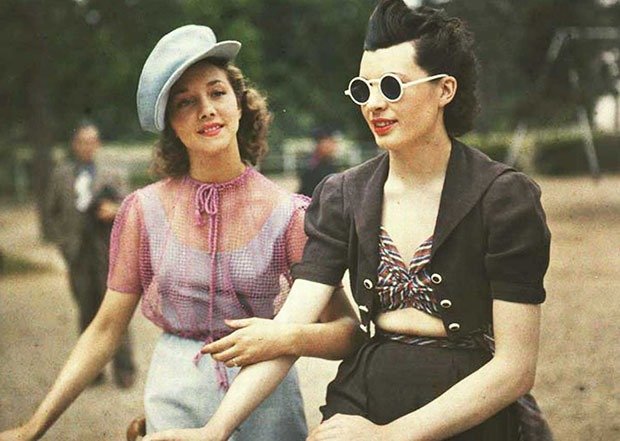 A rare color photograph of two Parisian women from 1930. 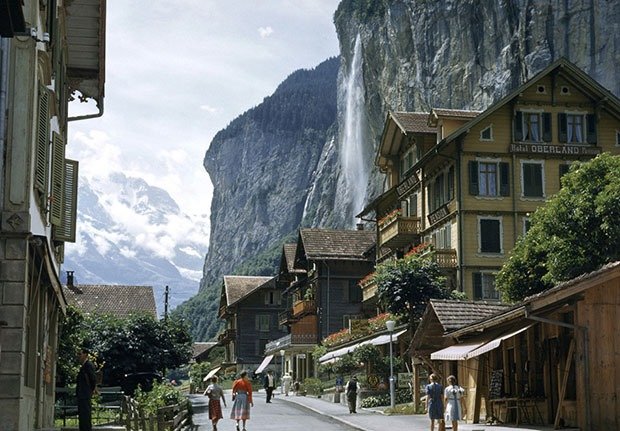 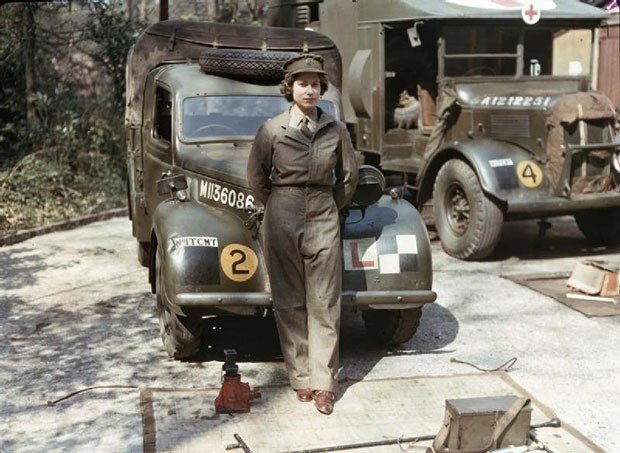 Eighteen year old Princess Elizabeth pictured during her time in the Auxiliary Territorial Service during WWII where she drove and repaired heavy vehicles, 1945. 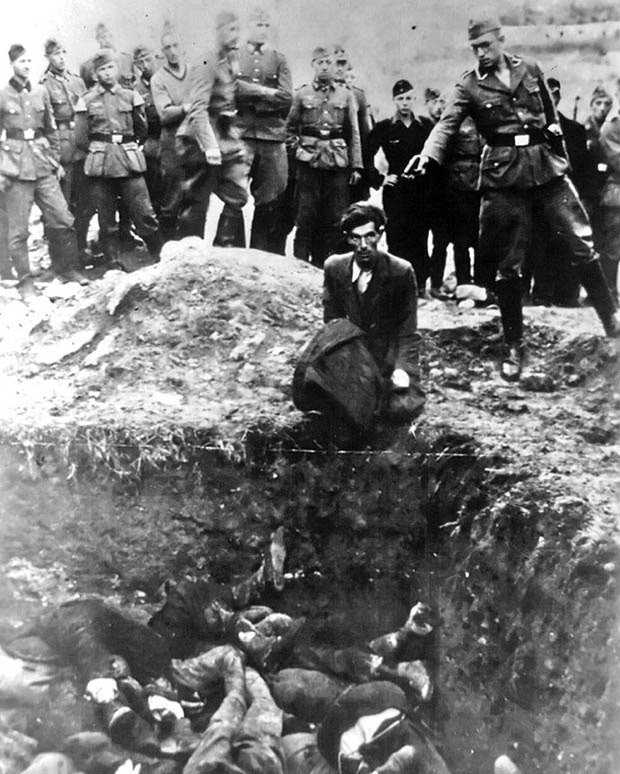 The last Jew in Vinnitsa, 1941. This picture is from an Einsatzgruppen soldier’s personal album, labelled on the back as ‘Last Jew of Vinnits’a, it shows a member of Einsatzgruppe D is just about to shoot a Jewish man kneeling before a filled mass grave in Vinnitsa, Ukraine, in 1941. All 28,000 Jews from Vinnitsa and its surrounding areas were massacred at the time. Source. 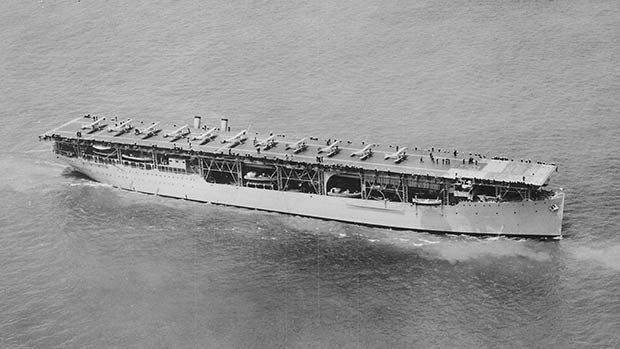 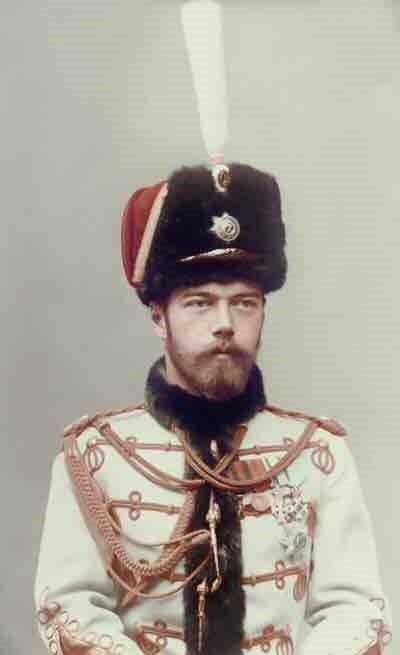 Tsar Nicolas the Second, 1916. This was his last year as Tsar. He abdicated in 1917. He and his family were executed in 1918. According to Wikipedia, at the time of his death, his net worth was the equivalent of 13.7 billion dollars US today. 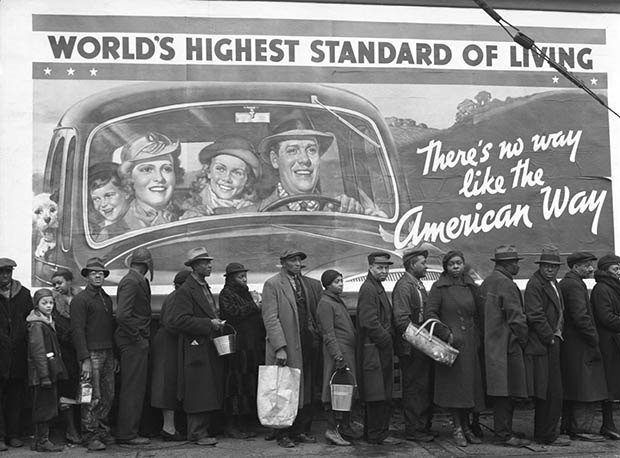 Great Depression irony as people wait in breadline in Ohio in 1937 as the poster behind them reads World’s Highest Standard of Living. There is no way like the American way. 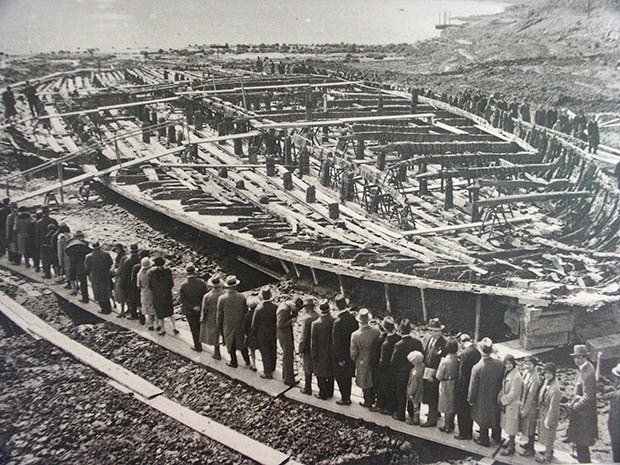 Italians viewing antique Emperor Caligula’s Nemi ships, which were elaborate floating palaces containing quantities of marble, mosaic floors, heating, and plumbing. They were rediscovered in the 1930’s but destroyed by a fire during WW2. 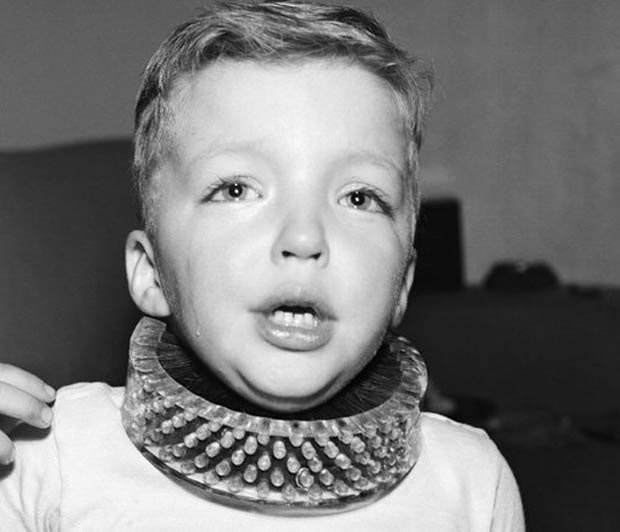 “The Neck Brush”, designed to clean children’s neck while they play (1950).