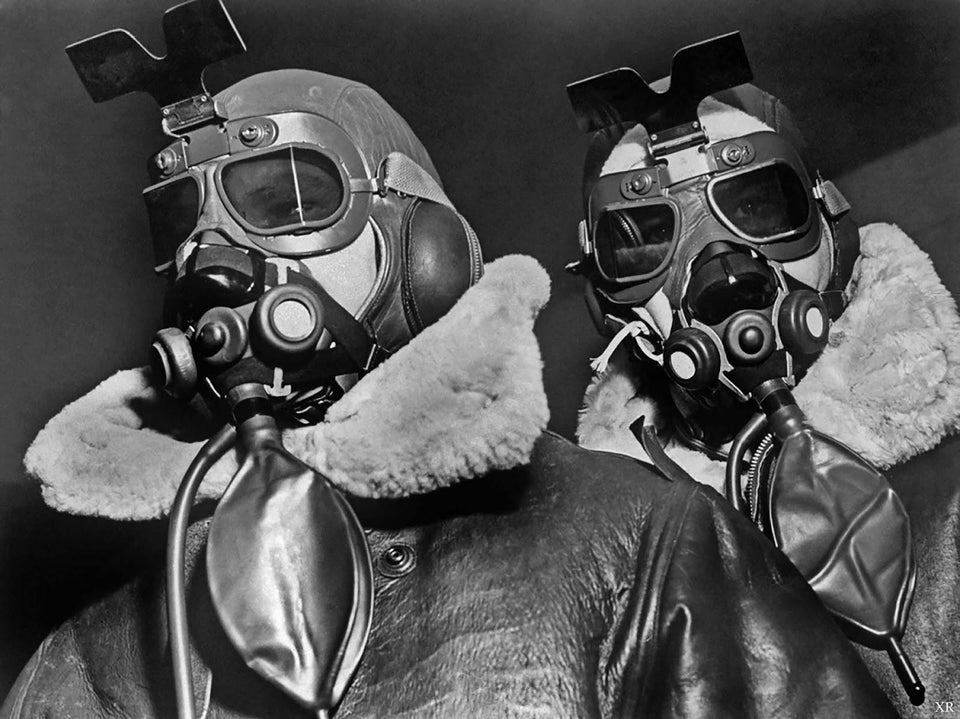 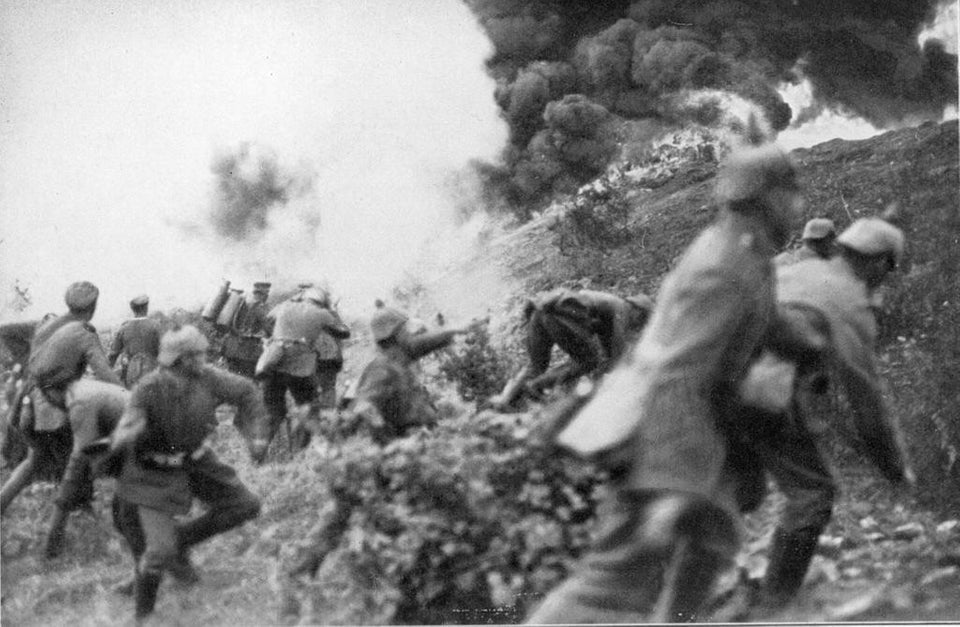 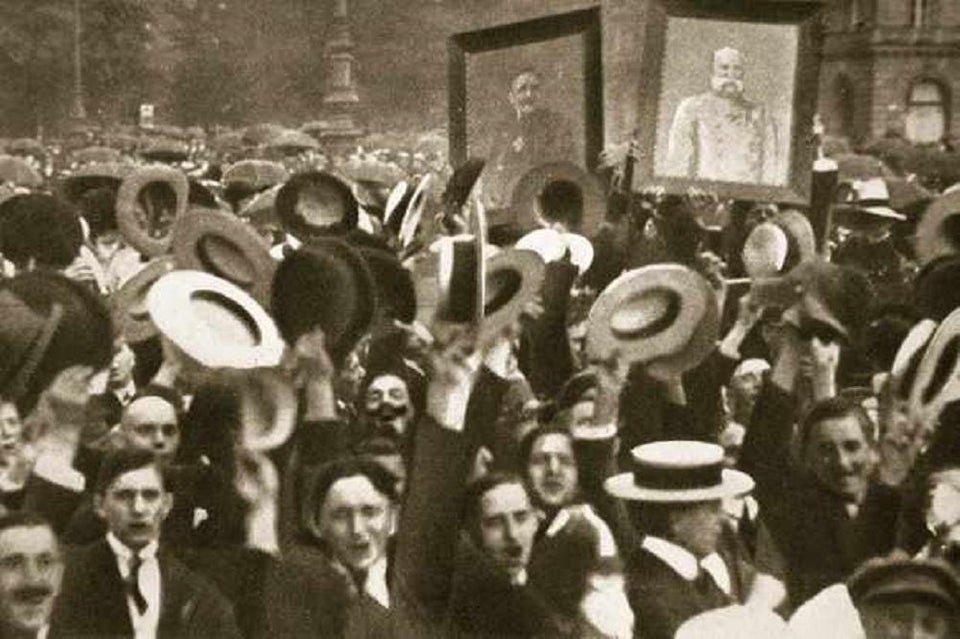 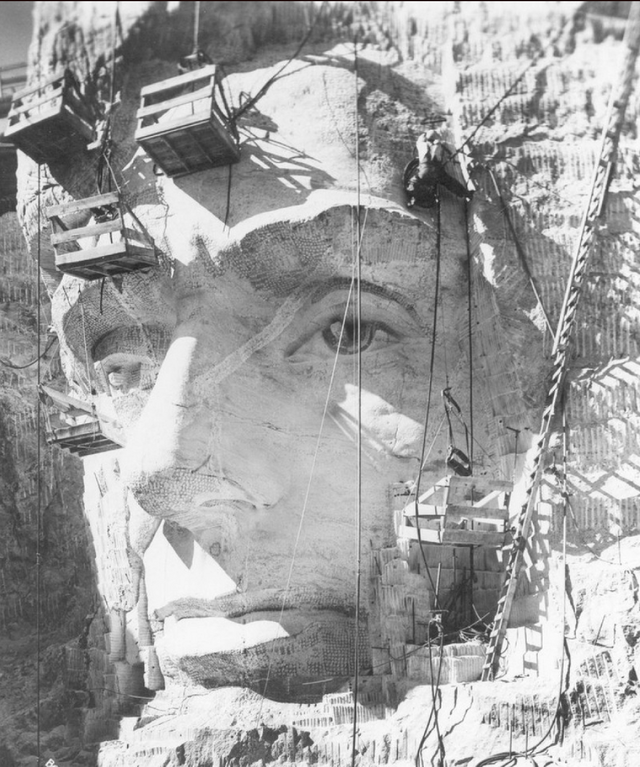 5. A young Winston Churchill standing next to Kaiser Wilhelm II, 1906. 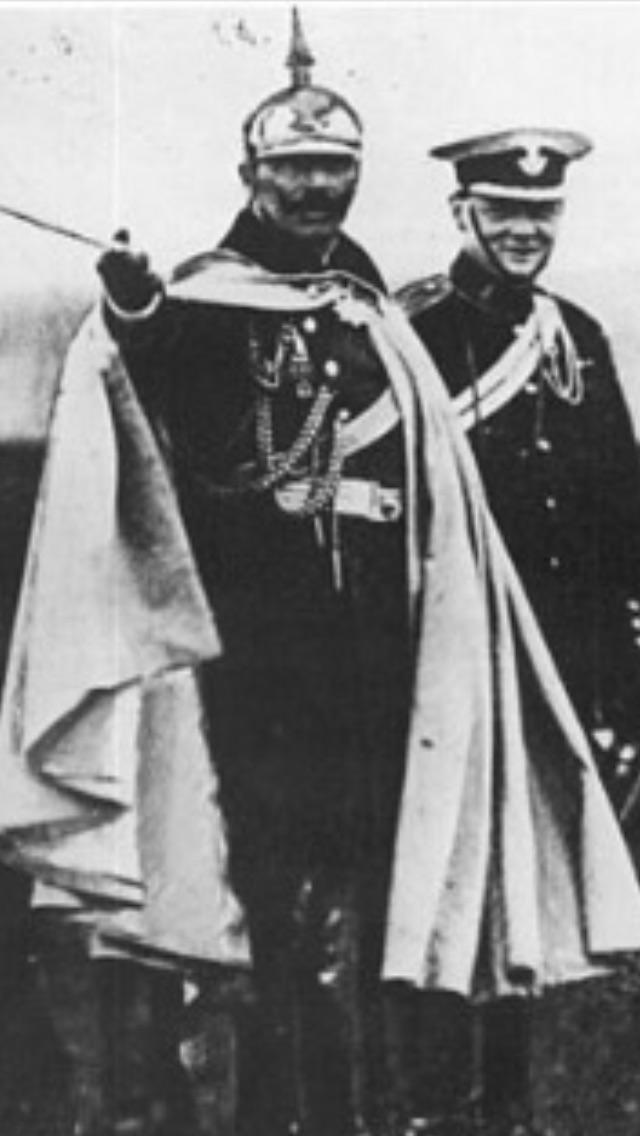 6. Italian troops pose for a photo in front of a captured outpost during the invasion of British Somaliland, 1940. 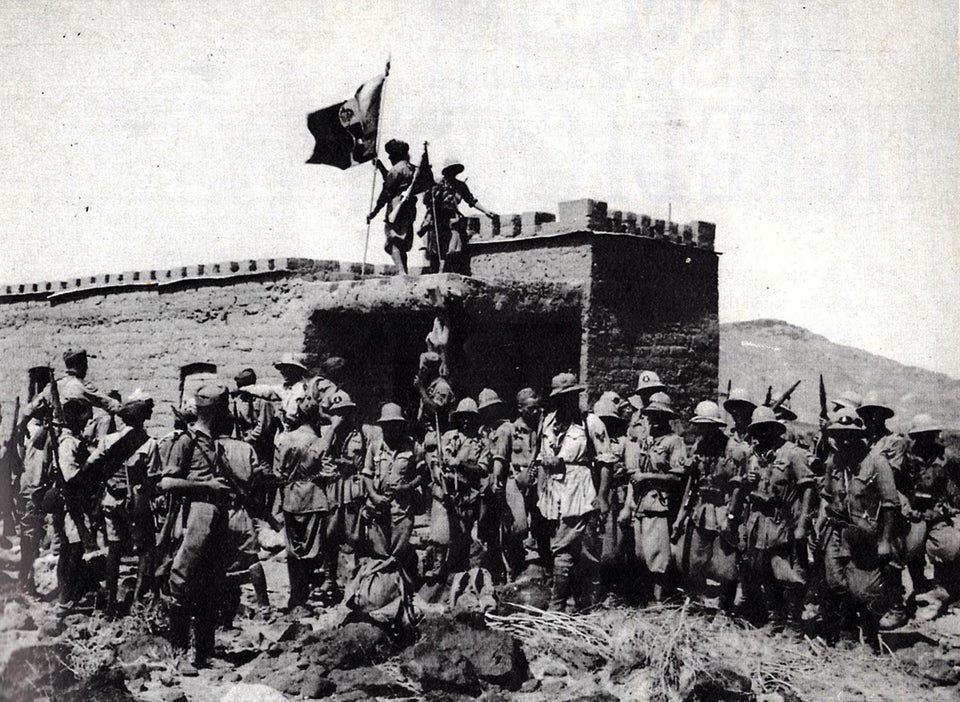 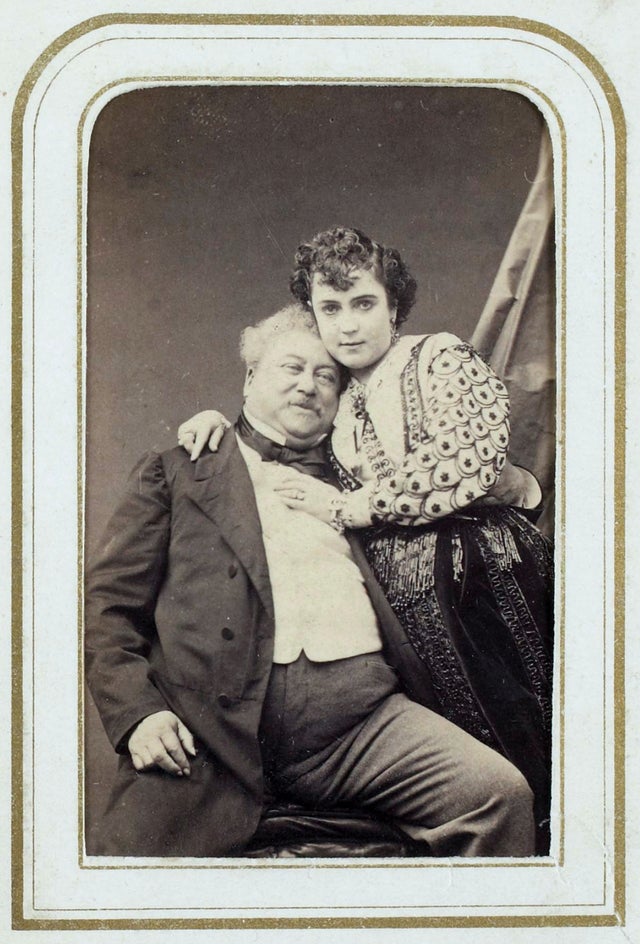 8. The Portuguese reporter Fernando Laidley and José Guerra, in Luanda, Angola, with the VW Beetle used to complete the first trip around Africa by car, 1955. 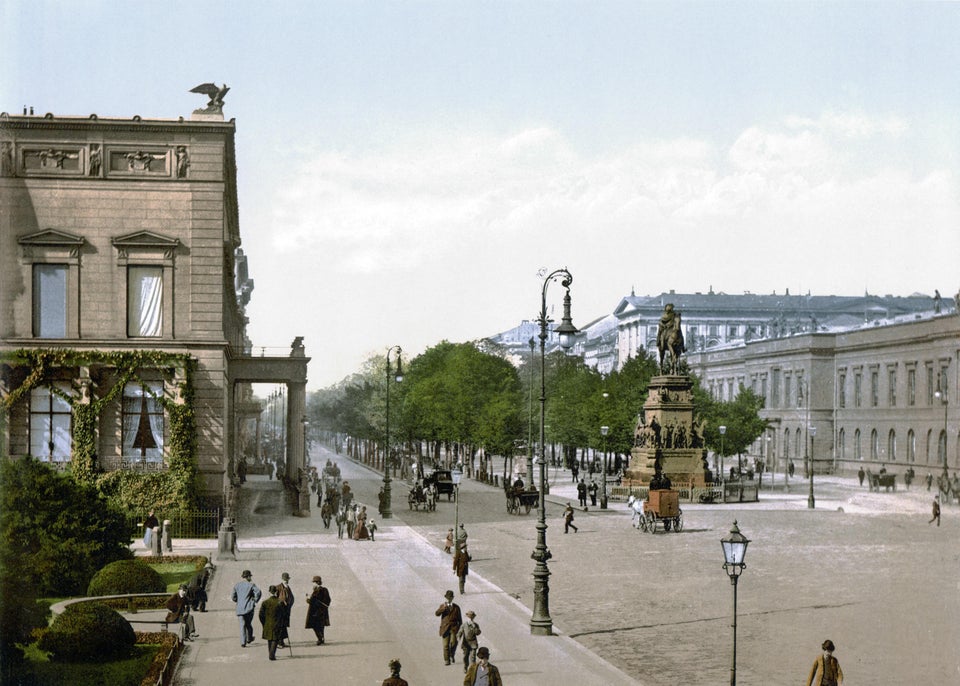 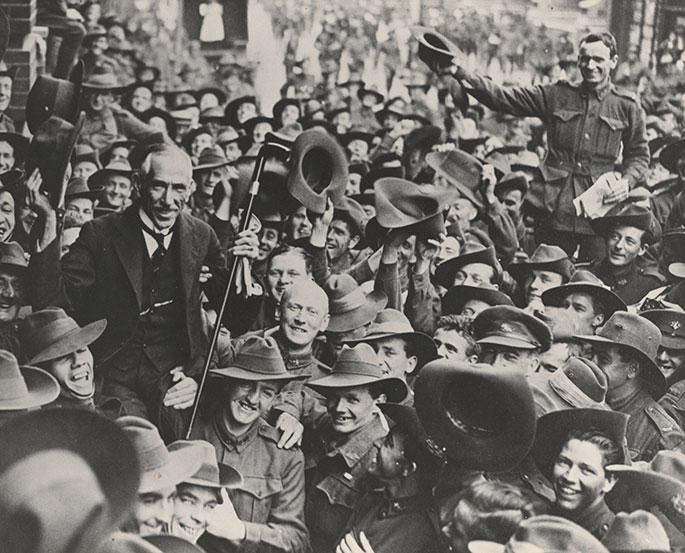