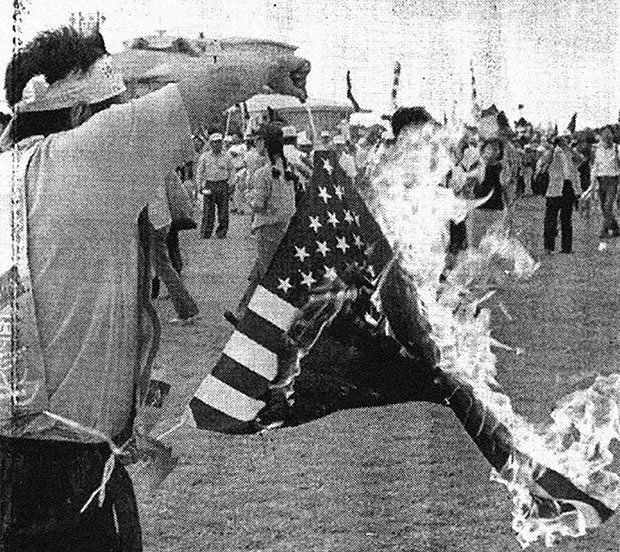 The American flag is set on fire as Japanese protesters demand the closure of the U.S. military base in Okinawa, weeks after the abduction and rape of a 12-year-old girl by three U.S. servicemen. October 22, 1995. Similar incident happened in 2012 with a 15-year-old girl. The servicemen were handed over to the host nation for trial. 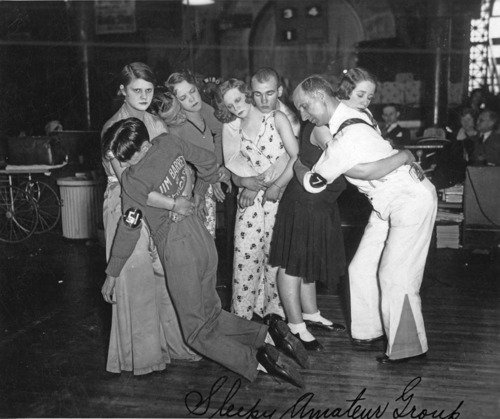 Last four couples standing in a Chicago dance marathon. 1930.  It’s worth noting: this was taken around 1930, right near the beginning of the depression. These people were desperate for money for any kind – and the well-off paid admission fees to watch these marathons making it kind of a demented spectator sport. The whole thing was, in retrospect, incredibly cruel. Even those who “won” were often made to foot the bill for “lodging, food, etc.” leaving them with barely nothing in winnings. There weren’t any of those safety laws like requiring toilet breaks and food or water breaks during such events. This was just hours upon days of holding it in, pissing yourself, getting bladder infections. This stuff was no joke. 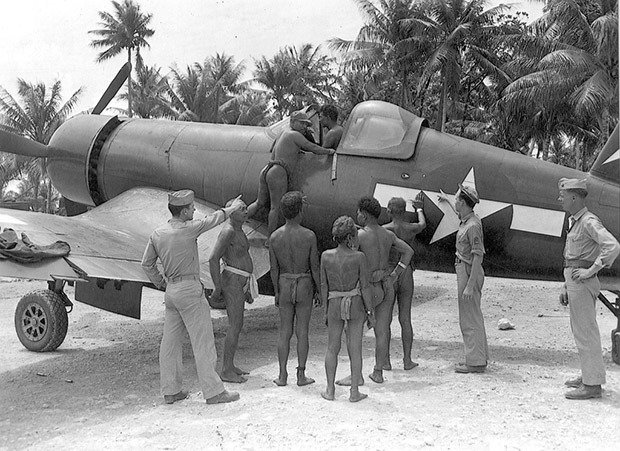 Natives admiring an American Air Force F4-U “Corsair” plane somewhere in the Pacific of 1943. When they first met the Americans they thought they were from the heavens and treated them as gods. 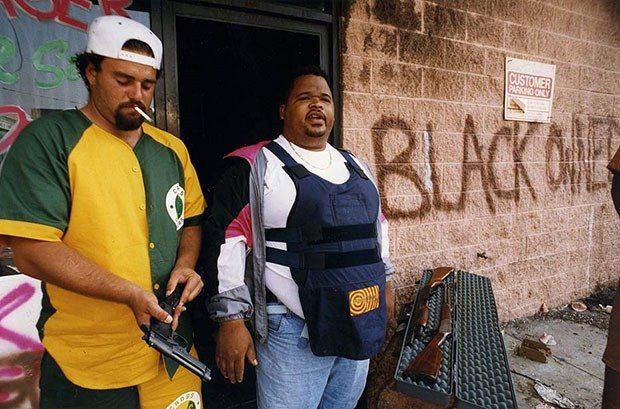 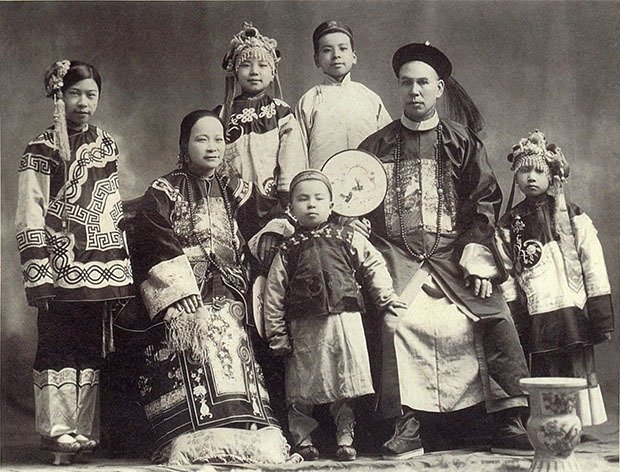 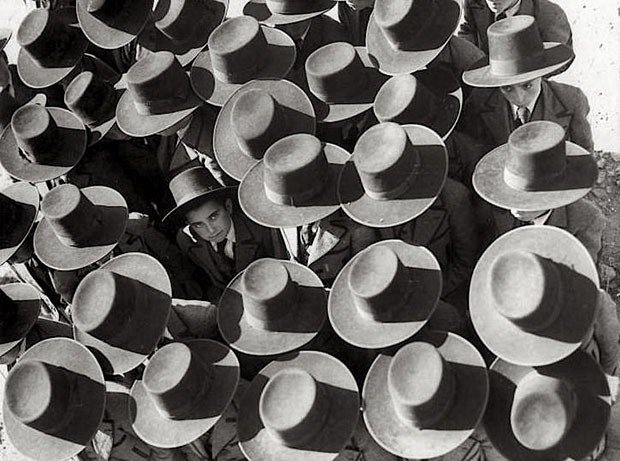 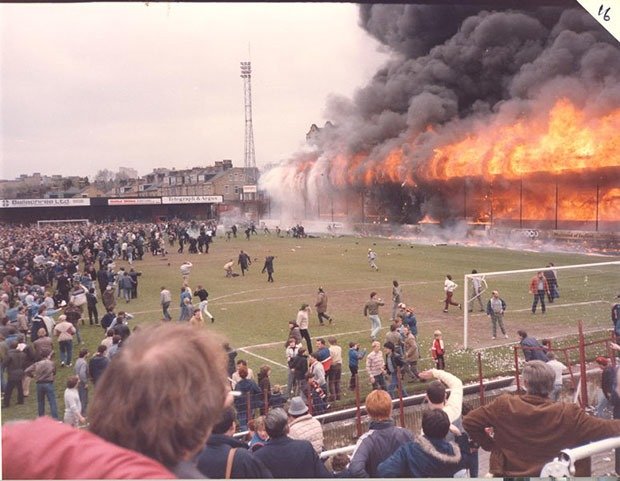 Main stand engulfed in flames in the Bradford City stadium fire which killed 56 people, 11 May 1985. The dilapidated wooden stand was due for demolition before the Saturday match against Lincoln City. A discarded cigarette which apparently fell through the floorboards set fire to litter and debris below the stand. A fire was first noticed at 3.40pm but the windy conditions meant the entire stand was on fire within 4 minutes. 265 were injured and 56 were killed, many of whom were either under 20 or over 70. 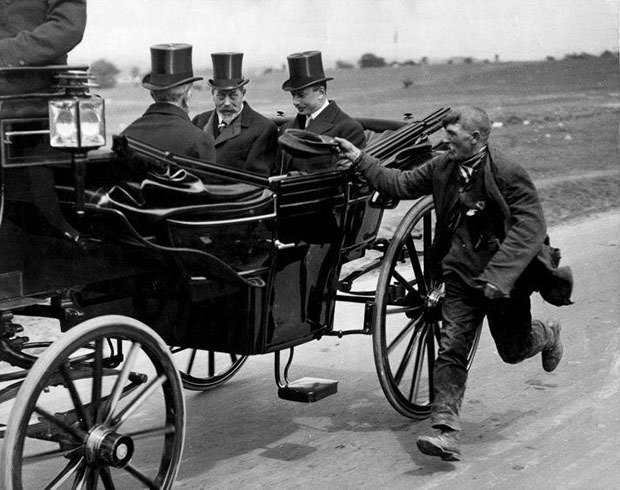 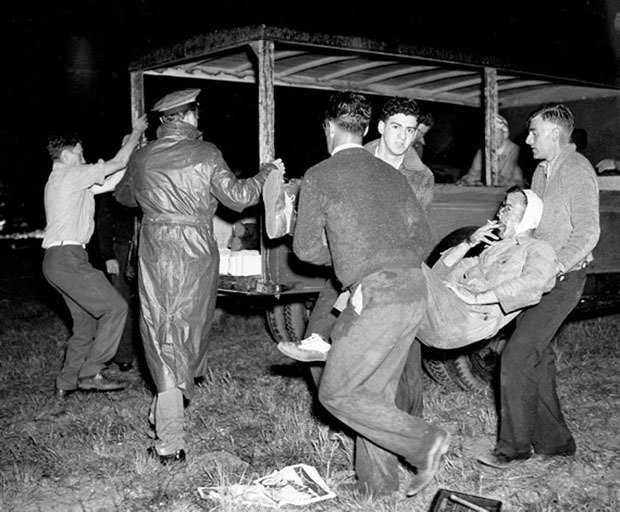 An injured survivor of the Hindenburg disaster smokes a cigarette as he is moved to a hospital from the field at Lakehurst, New Jersey, May 6, 1937. Most of the people onboard survived the Hindenburg disaster. Hydrogen rises, burning hydrogen rises even faster. While it made one hell of a fireball, the people actually below the gas bags were in (relatively) little danger. Also interestingly, the most deadly airship accident was the the loss of the helium using USS Akron four years earlier and that was because it went down over the water and there was insufficient provision for safety gear. In the end, it was drowning that caused most of those deaths. 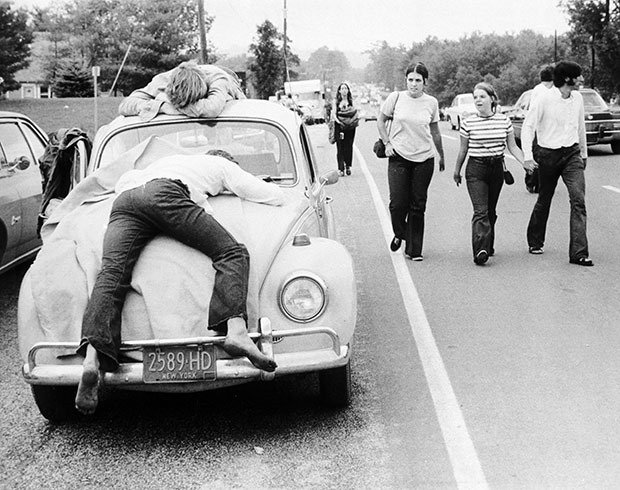 Two festival goers that found Woodstock too much, lie passed out on their Volkswagen Beetle, 1969. 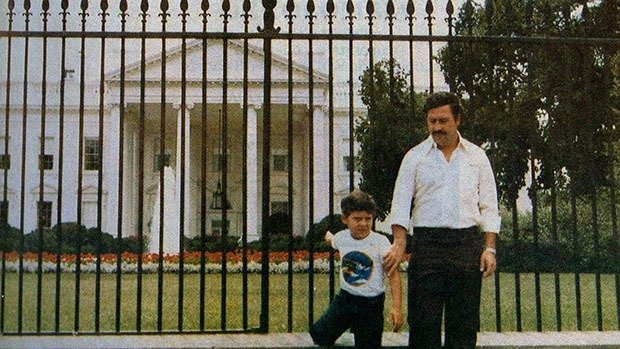 Notorious drug lord Pablo Escobar and his son in front of the White House. 1980’s. Escobar’s ruthlessness was legendary. His rise was opposed by many honest politicians, judges and policemen, who did not like the growing influence of this street thug. Escobar had a way of dealing with his enemies: he called it “plata o plomo,” literally, silver or lead. Usually, if a politician, judge or policeman got in his way, he would first attempt to bribe them, and if that didn’t work, he would order them killed, occasionally including their family in the hit. The exact number of honest men and women killed by Escobar is unknown, but it definitely goes well into the hundreds and perhaps into the thousands.

Even being important or high-profile did not protect you from Escobar if he wanted you out of the way. He ordered the assassination of presidential candidates and was even rumored to be behind the 1985 attack on the Supreme Court, carried out by the 19th of April insurrectionist movement in which several Supreme Court Justices were killed. On November 27, 1989, Escobar’s Medellín cartel planted a bomb on Avianca flight 203, killing 110 people. The target, a presidential candidate, was not actually on board. In addition to these high-profile assassinations, Escobar and his organization were responsible for the deaths of countless magistrates, journalists, policemen and even criminals inside his own organization. 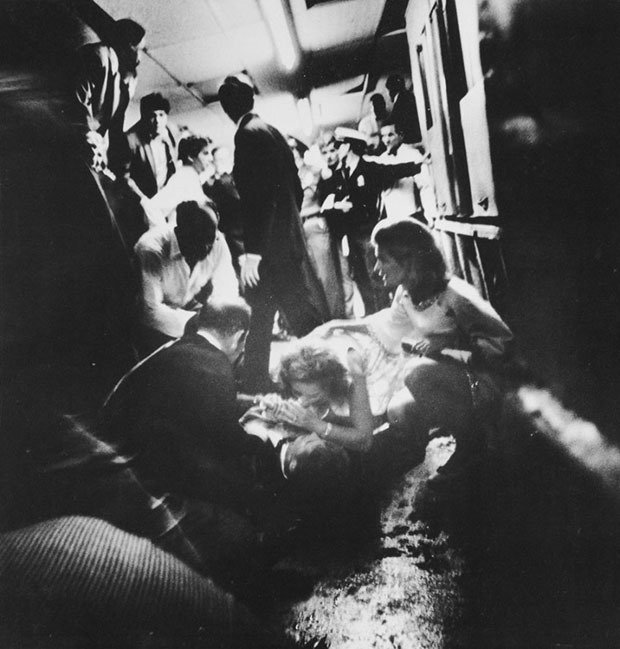 Ethel Kennedy tries to comfort her husband Robert Kennedy as he lays mortally wounded on the floor in the kitchen at the Ambassador Hotel. June 6, 1968. He took the kitchen exit as a shortcut. He was going to leave through the front of the hotel but his advisors at the last minute thought the kitchen exit through the back would be easier and he wouldn’t be mobbed by the crowd. If you watch the video can see Robert Kennedy turn to his right and start, but then is motioned the opposite way to the rear exit…