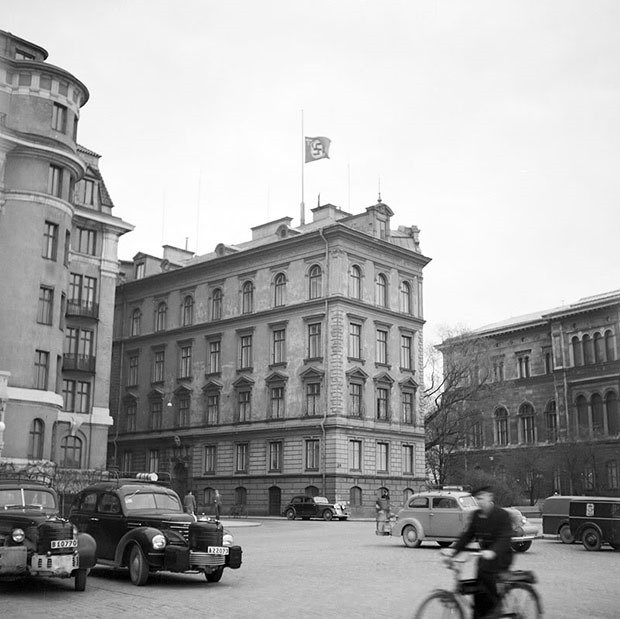 The German embassy in Sweden flying the flag at half mast on April 30th 1945, the day Hitler died. In Ireland, De Valera visited the German Embassy in Dublin to sign a book of condolences for the departed Fuhrer. 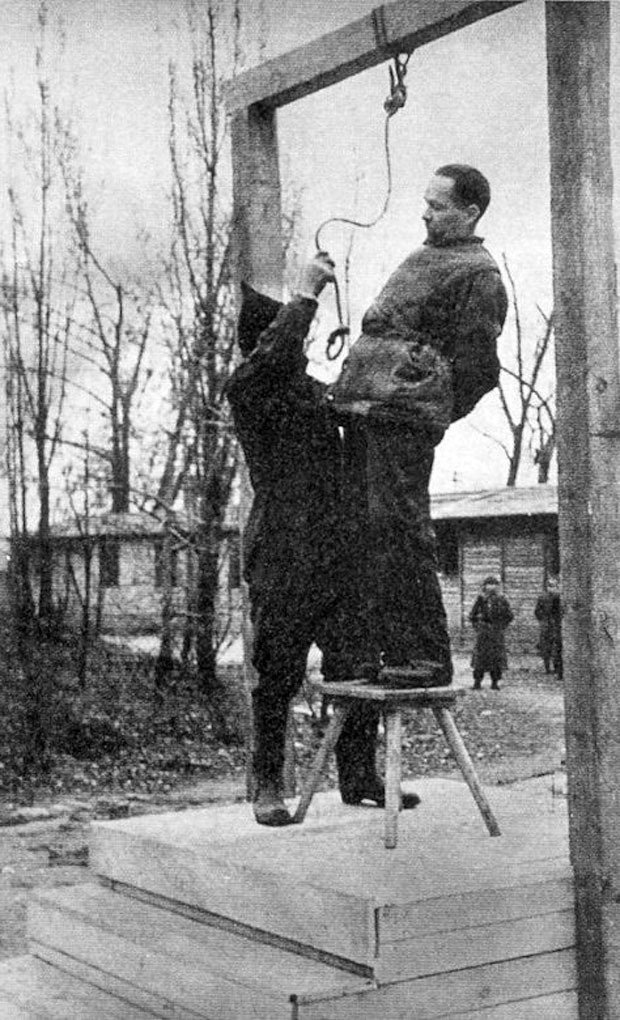 Rudolf Höss the commandant of the Auschwitz concentration camp, is hanged next to the crematorium at the camp on 16 April, 1947. His defense is a really special type of dark humor: “To the end, he contended that, at the most, a million and a half people had died at Auschwitz, not 5 or 6 million.” 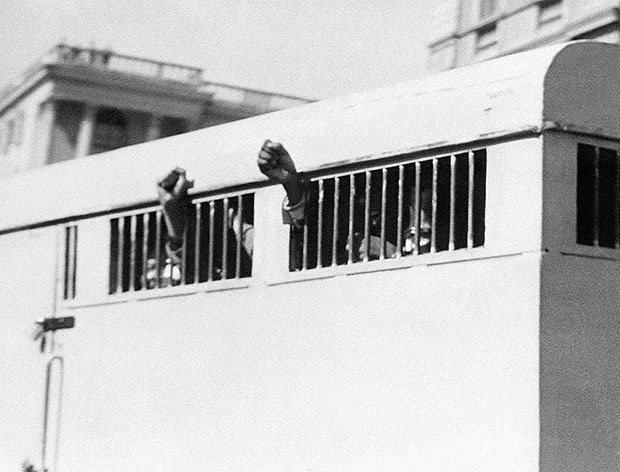 Nelson Mandela keeps his fist raised after he was sentenced to life imprisonment, June 1964. 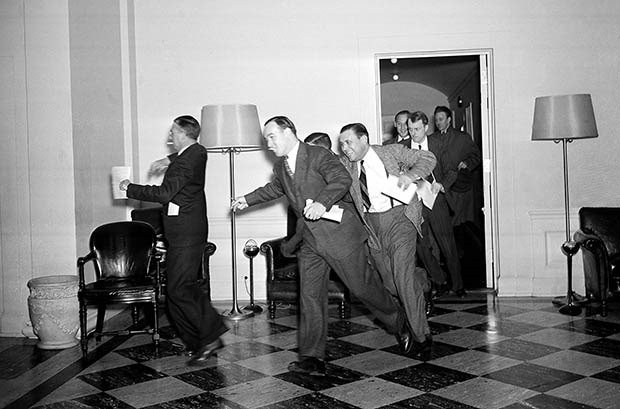 White House reporters dash for the telephones after they had been told by presidential press secretary Stephen T. Early that Japanese submarines and planes had just bombed the U.S. Pacific fleet at Pearl Harbor, December 7, 1941.

While the reporters might look happy, you have to remember. They didn’t have the full story. They just found out Pearl Harbor was attacked. It was still a developing situation. They did not know yet the extent of the seriousness of the situation. The media in those days was not like today where you have instant news. There wasn’t nearly as much media as today, there was newspapers and radio and getting a scoop was a major thing in those days. These guys are rushing to the phones and the wires to get the news out. This was a moment for a lifetime for some of these guys. 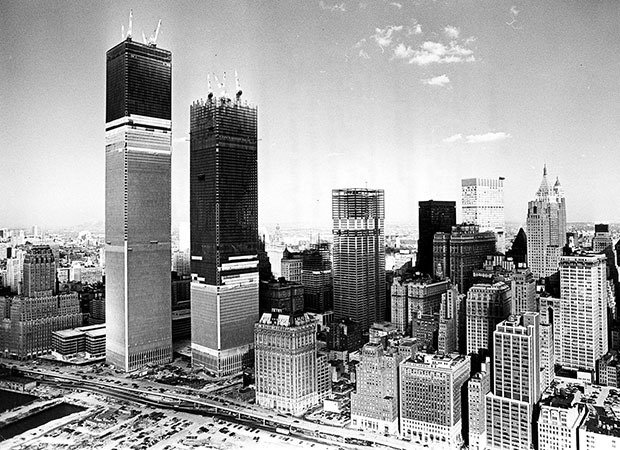 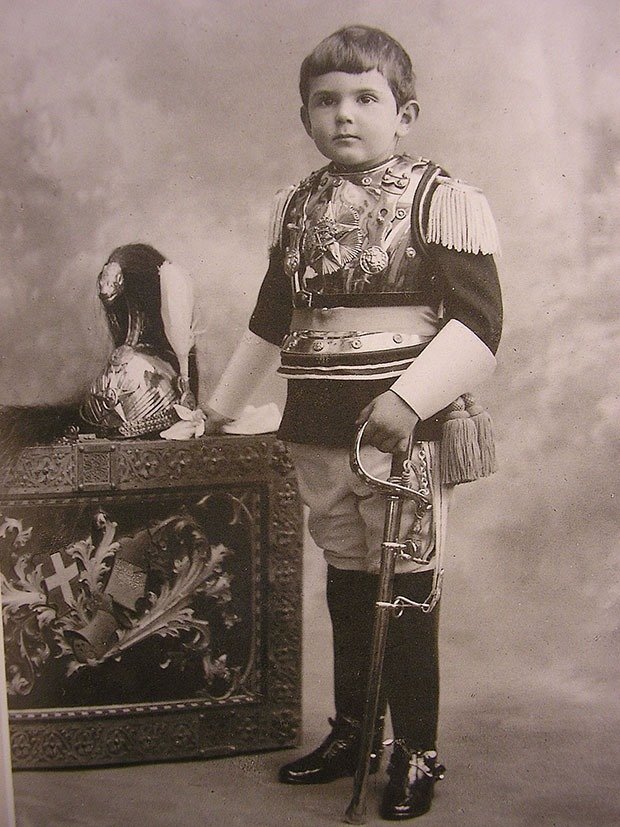 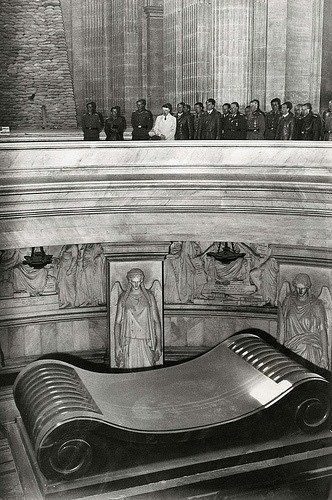 Adolf Hitler visits the tomb of Napoleon at Les Invalides, Paris, France (1940).  Interestingly, Hitler had been planning a mausoleum for himself that would incorporate a sarcophagus similar to Napoleon’s placed in a large Pantheon-like structure with an oculus placed directly over the coffin, so that it would be exposed to the elements – thus “directly linked to the universe.” According to legend, Napoleon’s tomb is laid out in such a way that to see the monument you are either on the lower level, looking up in awe at the emperor’s enormous sarcophagus, or “bending down” over the upper lever – bowing to Napoleon himself. The design of Ulysses S. Grant’s tomb was based off Napoleons’ as well. Apparently Hitler bought a mirror to view the sarcophagus and to avoid “bowing” to Napoleon. However, he dropped his hat while repositioning the mirror, and in bending down to pick it up, gave Napoleon the most theatrical bow he could have. 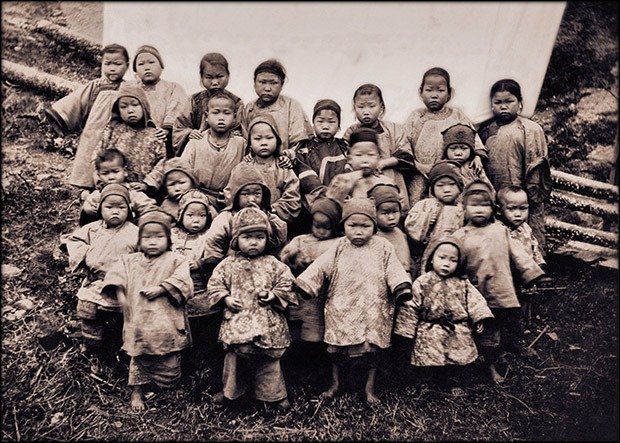 41 Kidnapped children recovered from ship in open seas, 1904. Kidnapped girls were found hidden in a junk by customs inspector. These girls would have been sold for slaves. The selling of children into a life of servitude was not uncommon in China, as slaves were owned by many wealthy families. Poor families often looked upon it with a benign fatalism as a child sold into slavery was still better than a child starving to death. However, quite a few unscrupulous people kidnapped their neighbor’s children to fuel this sad economy. The kidnapping and selling of children (and even adults) continues to be a lucrative business in China, to this day. 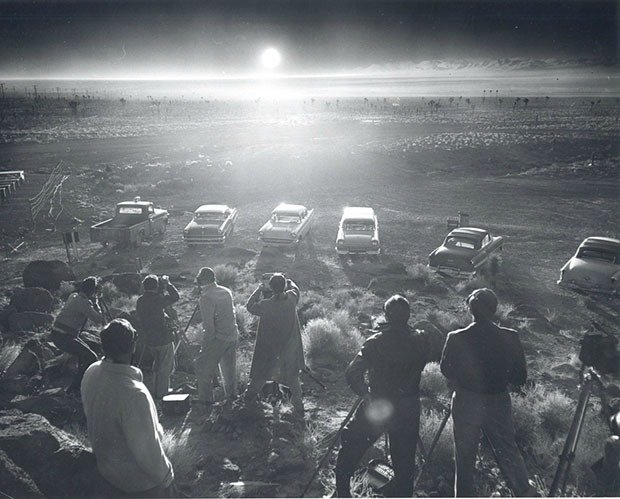 The Priscilla Nuclear Test detonation during Operation Plumbbob. A series of nuclear tests were conducted between May 28 and October 7, 1957. The fireball is about a half mile in diameter. So while it is hard to estimate the distance, they seem to be at least 4 or 5 miles away. Which for a weapon of that size, is completely safe, so long as the wind is not blowing the radioactive cloud in your direction. As long as they are more than 3 miles from it, they won’t be in any kind of real danger from the immediate effects. Even then it isn’t really a serious hazard unless they are more like 1.5 miles from ground zero. Kiloton-range nuclear weapons produce intense effects over a handful of square miles. If a lot of people live in those square miles, then it is pretty bad for them. But if you are just a little away from ground zero, the effects are not so great. Megaton-range weapons are the ones that destroy entire metro areas, not downtowns. (NUKEMAP for reference. Priscilla was 37 kilotons.) 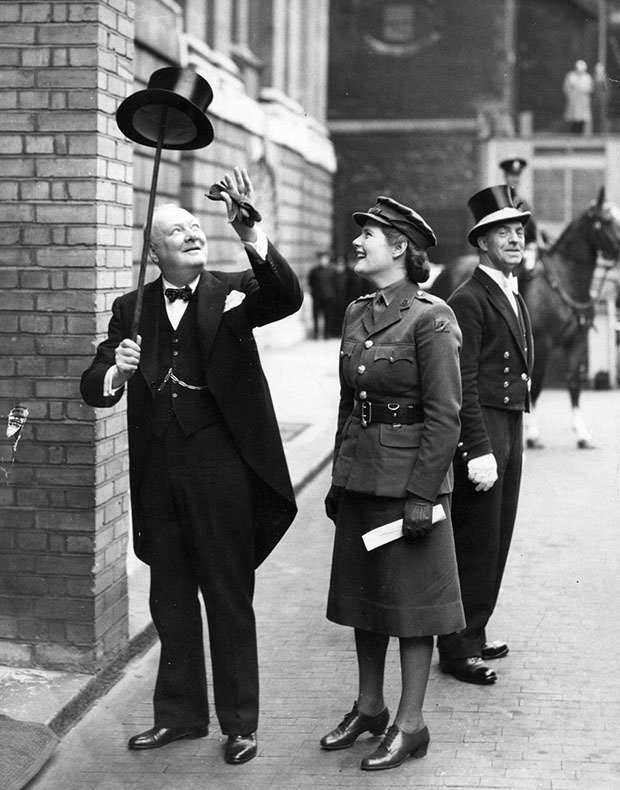 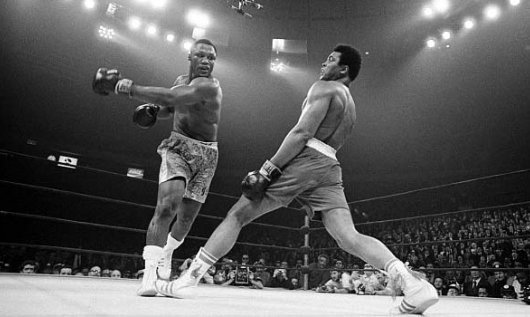 Muhammad Ali dodges a punch from Joe Frazier at the “Fight of the Century,” March 8, 1971. 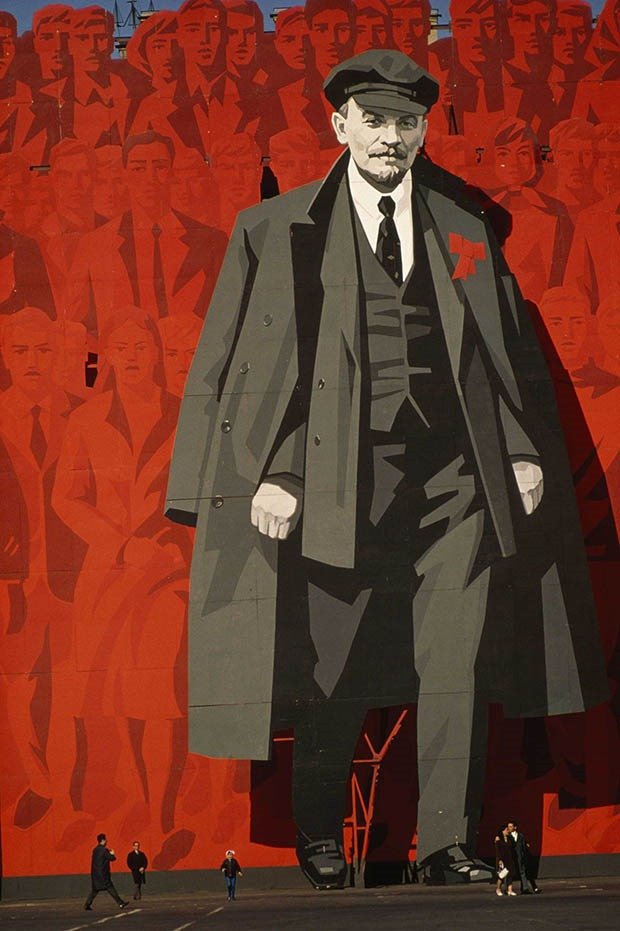 A mural of Lenin towers over a Leningrad square, 1971.  This looks like an art piece until you look at people walking at the bottom. 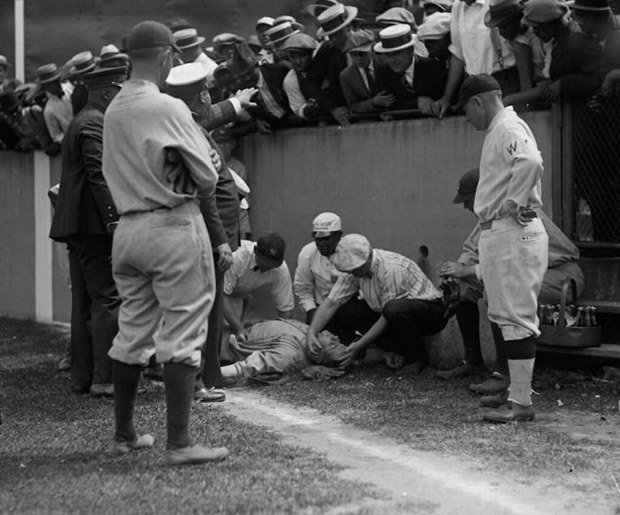 Babe Ruth lying unconscious after running into a wall chasing a fly ball. He would regain consciousness 5 minutes later and get 2 more hits in the game. July 5, 1924.