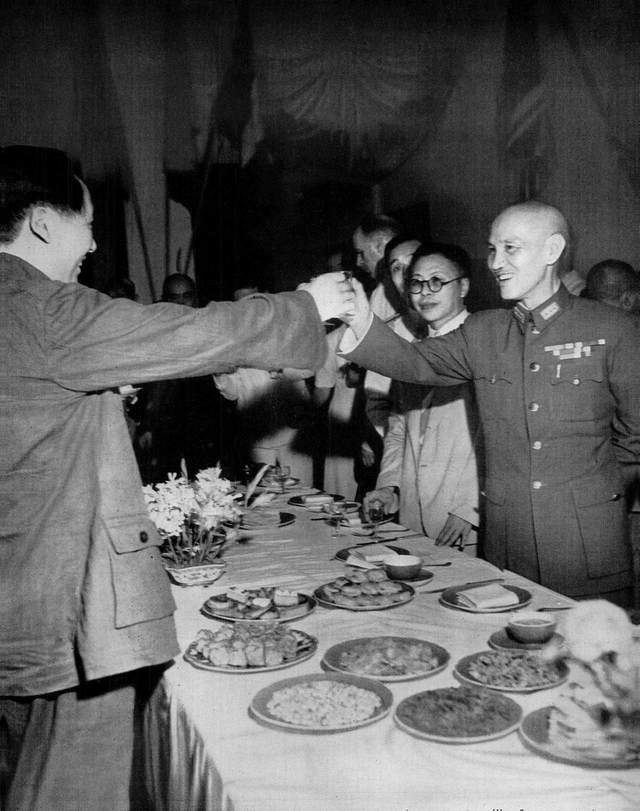 22. The room where Tsar Nicolas the II and his family were executed by the Bolsheviks, Yekaterinburg, Russia, 1917. 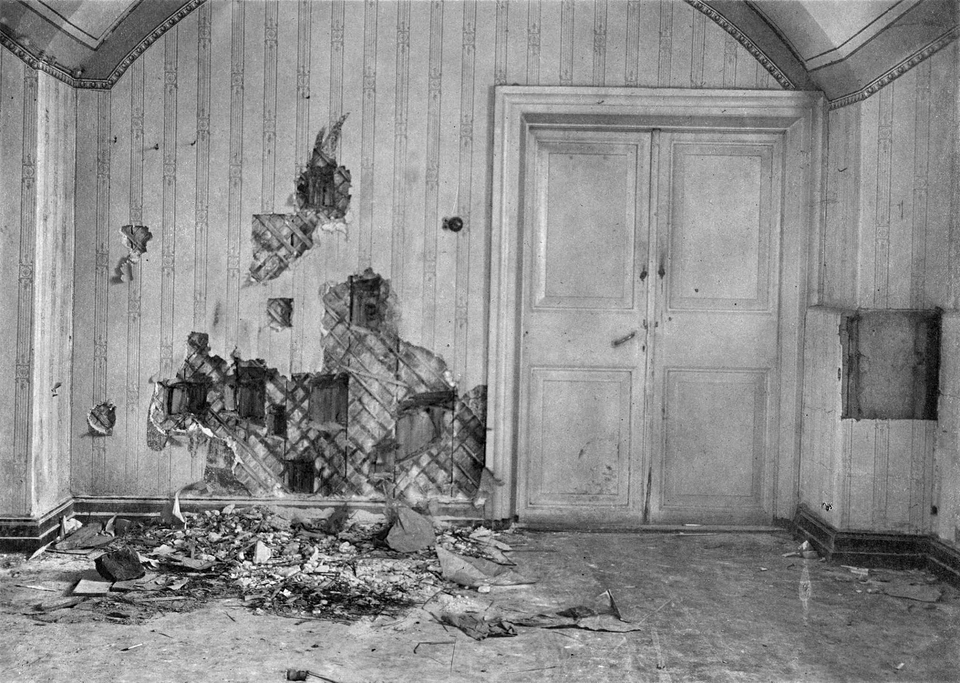 “Death to Fascism, freedom to the people!” WWII.

24. Comedienne and Singer Martha Raye put on a USO show for the US 12th Air Force, stationed in the Sahara Desert during WWII. 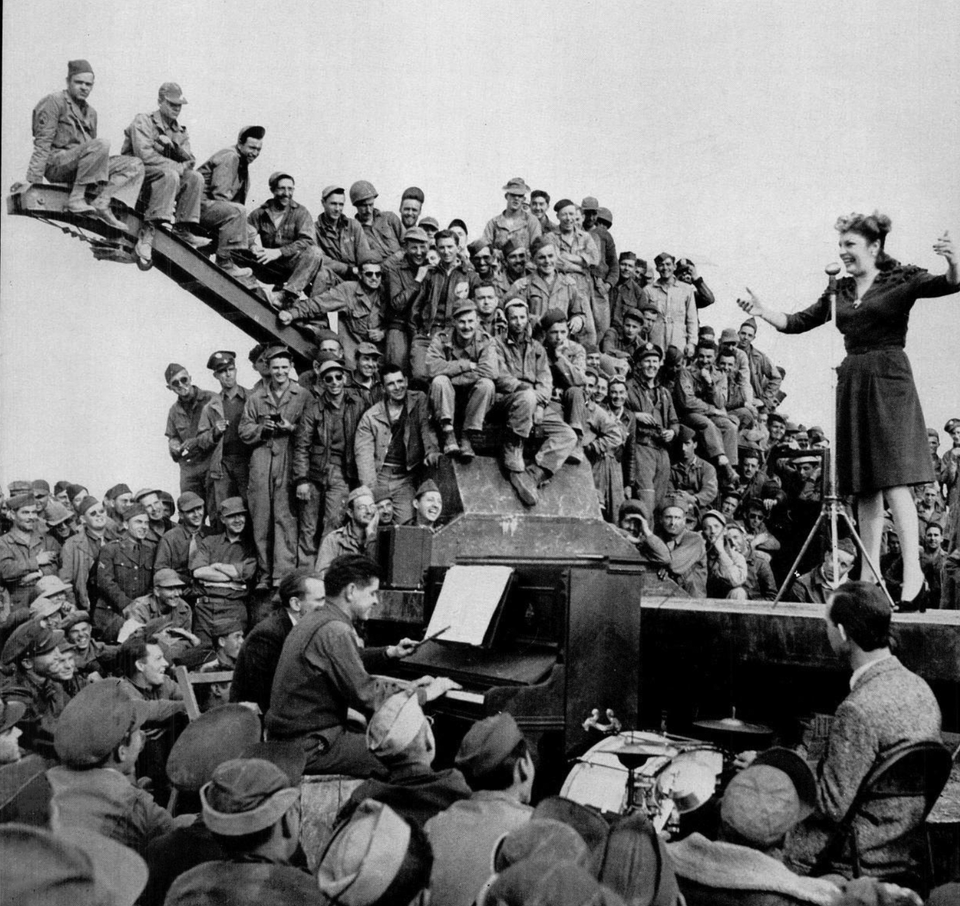 25. Queen Elizabeth II visits a market stall during a royal tour of Hong Kong, May 1975. 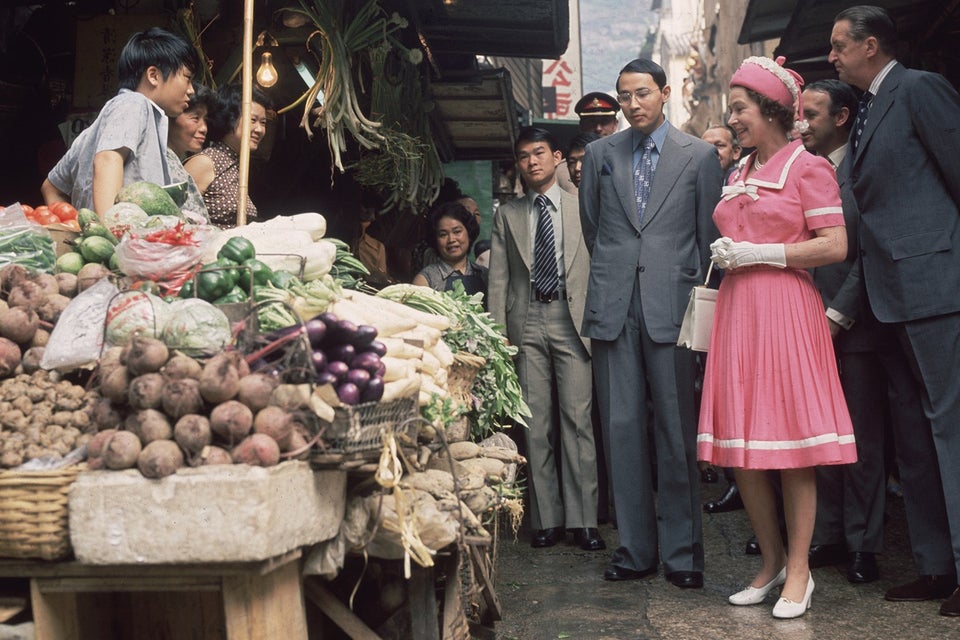