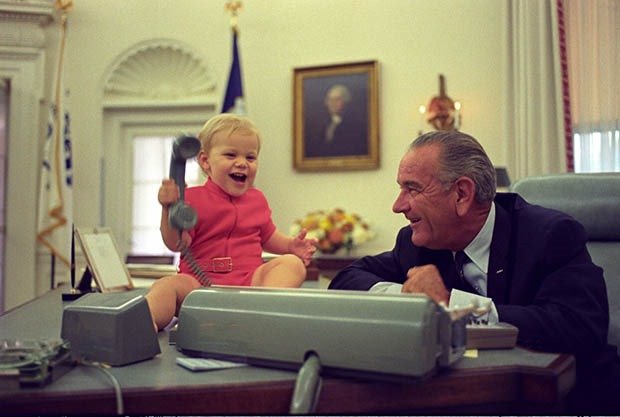 President Lyndon B. Johnson watches his grandson play with the telephone, by Yoichi Okamoto, 1968. 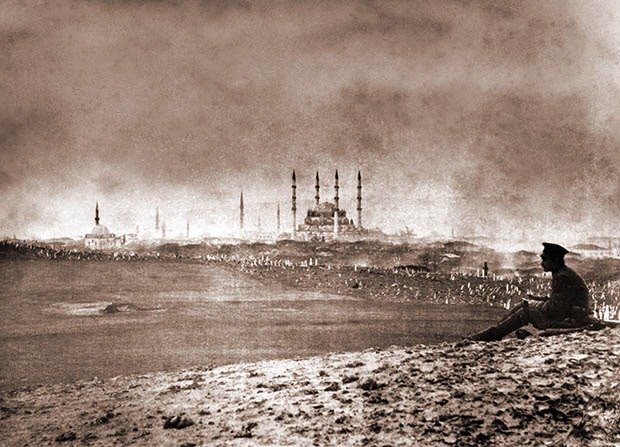 The Russo-Turkish War of 1877–78 was a conflict between the Ottoman Empire and the Eastern Orthodox coalition led by the Russian Empire and composed of several Balkan countries. Fought in the Balkans and in the Caucasus, it originated in emerging 19th-century Balkan nationalism. Additional factors included Russian hopes of recovering territorial losses suffered during the Crimean War, re-establishing itself in the Black Sea and supporting the political movement attempting to free Balkan nations from the Ottoman Empire. 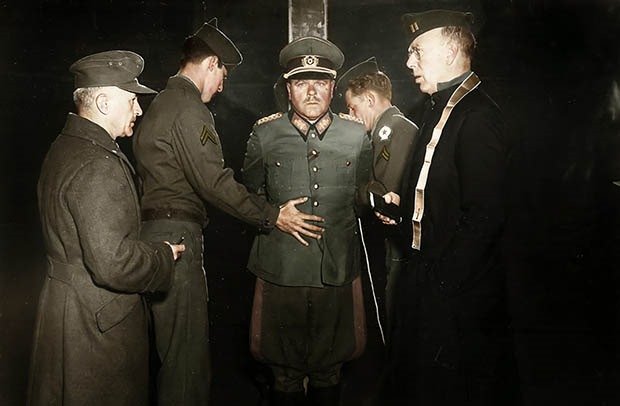 Nazi general Anton Dostler is tied to a stake before his execution for relaying (repeatedly, against the protests of the men involved) order from his superior to execute 15 uniformed soldiers who were part of the Office of Strategic Services (OSS).

Strictly speaking, Albert Kesselring, who ordered the execution, should have been executed for the war crime. For some reason a number of influential people objected to Albert’s death sentence, including commanders he’d fought against. Italy refused to execute him because they had abolished the death penalty after they removed the fascists. So he was given a life sentence. Later, Germany and a bunch of allied military leaders started clamoring for the release of imprisoned generals to help rebuild West Germany’s military. Kesselring was released in 1952, on the grounds of ill-health, with lung cancer. He died in 1960 from a heart attack, a free man.

So the man who ordered the execution dies a free man and the man who relayed the orders got shot. 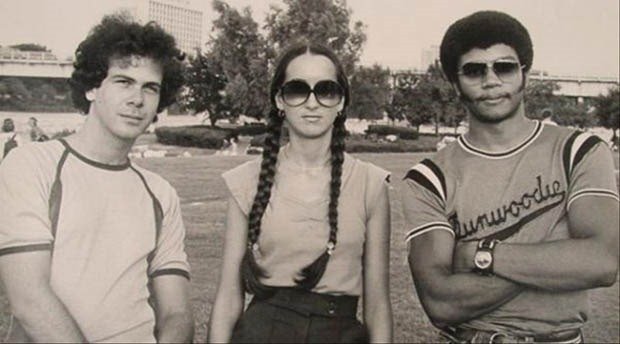 Neil deGrasse Tyson, American astrophysicist, cosmologist, author, science communicator, and television host, (at right) at the University of Texas pursuing his masters in 1980. His friends are astronomer Steve Kawaler and Jacqueline Green, a scientist at NASA’s Jet Propulsion Laboratory. He loved and excelled at wrestling, wrestled for Harvard and was captain of the wrestling team at Bronx HS of Science. 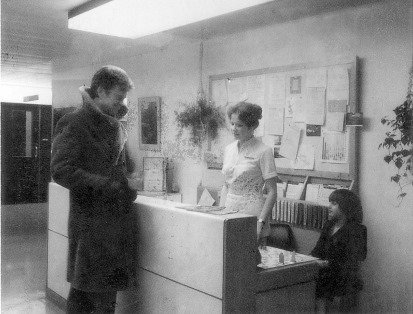 Only remaining image from the original ending of Stanley Kubrick’s The Shining. (1981). In short, in the original version, the movie ended with Wendy and Danny recovering in the hospital and police scouring the grounds of the Overlook but cannot find Jack’s body anywhere. 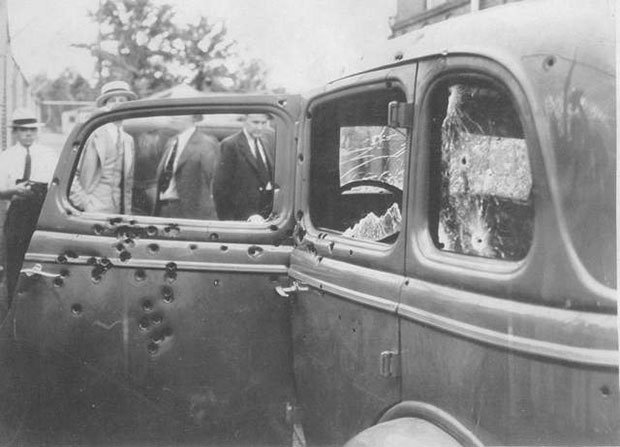 Bonnie and Clyde’s car after they were killed. (1934).  On that day, just before dawn, a posse of police officers from Texas and Louisiana laid an ambush along the highway near Sailes, Louisiana. When Bonnie Elizabeth Parker and Clyde Champion Barrow appeared, going some 85 mph in another stolen Ford–a four-door 1934 Deluxe with a V-8 engine, the officers let loose with a hail of bullets, leaving the couple no chance of survival despite the small arsenal of weapons they had with them.

The bullet-ridden Deluxe, originally owned by Ruth Warren of Topeka, Kansas, was later exhibited at carnivals and fairs then sold as a collector’s item; in 1988 to the Primm Valley Resort and Casino in Las Vegas who purchased it for some $250,000. 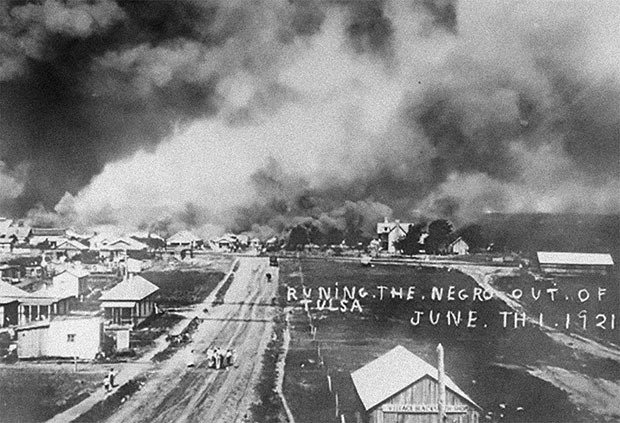 “Running the Negro out of Tulsa” — a photograph from the Tulsa, Oklahoma race riot of 1921, which destroyed hundreds of black-owned homes and businesses, leaving 300 dead and 10,000 homeless. The wealthiest black community in America was destroyed in 1921, and no one remembers it happened. It began with a boy and a girl. A 19-year-old black shoeshiner got on a whites-only elevator to go up a few floors to a restroom. The elevator operator was a 17-year-old white girl and she let out a scream. The boy ran, the police followed, and two days later the city burned.

There was a section of town called Greenwood and dubbed Negro Wall Street, though one imagines that the actual term used wasn’t quite so polite. The black businesses were there, the black homes were there, the hospitals, schools, parks. It was the richest black neighborhood in the country, almost self-sufficient in the way it was carved off from the rest of the city. Top to bottom, this was where blacks of all social classes lived and worked, the civilized American take on the model of the Warsaw ghetto. 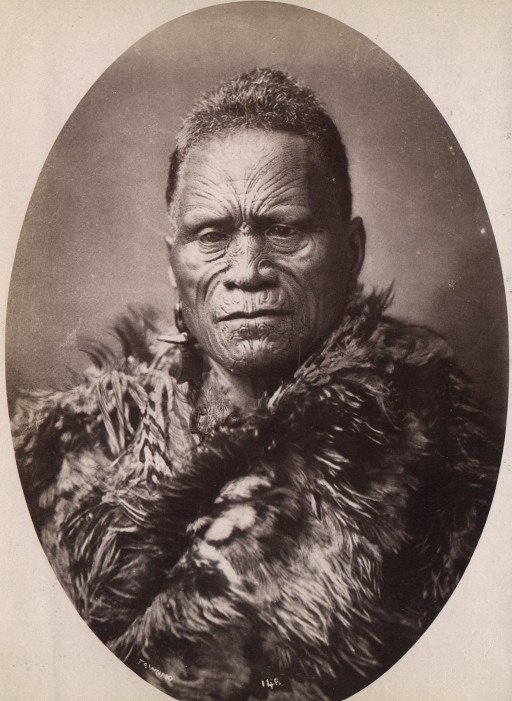 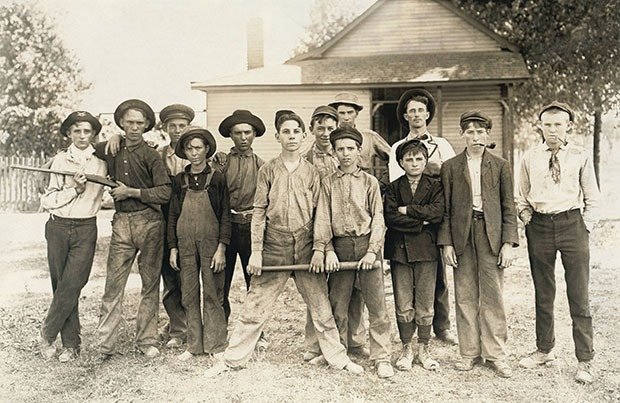 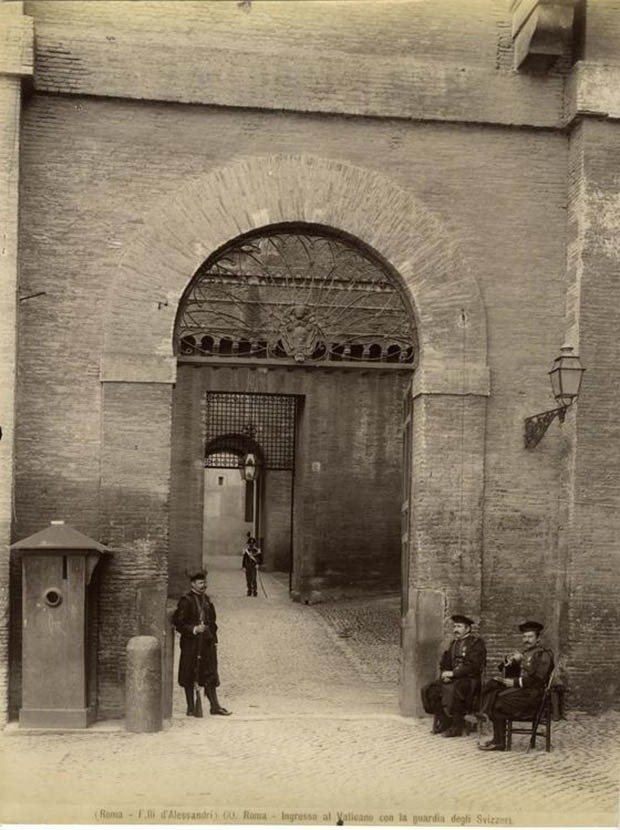 Swiss guards guarding the entry to the Vatican. In the background is an Italian Carabiniere. Rome, late 19th century. So why does Vatican employ Swiss guards? Long time ago the Swiss were poor. Swiss men would go abroad looking for work. They were known to be loyal (to their employer) and hard workers. Many foreign courts employed them as mercenaries/guards. The Vatican does so to this day because of tradition. 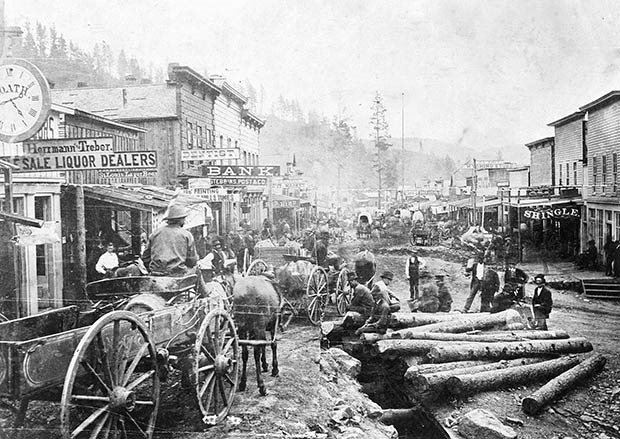 Main Street in Deadwood, South Dakota. (1876). The hole in the street is a placer digging. They were pulling gold right out of the middle of town (and the street) during the first year or so of the town’s existence. 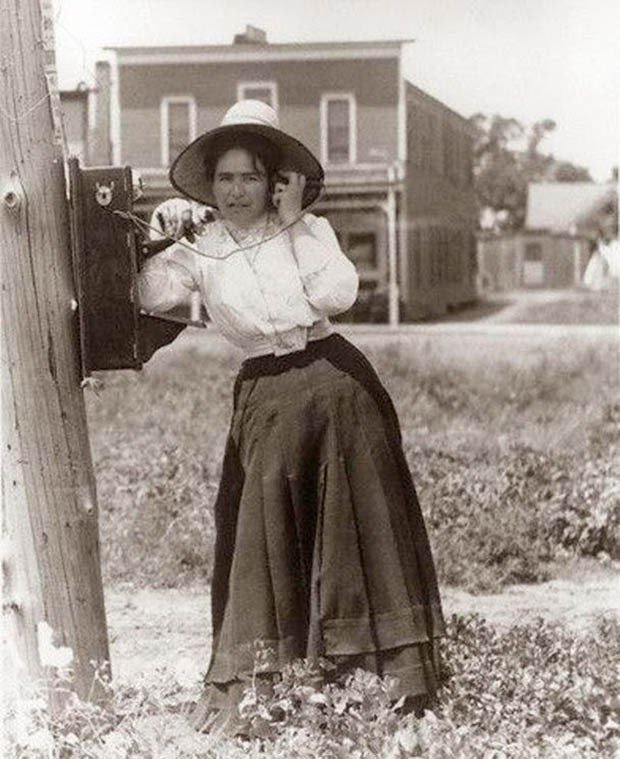 Woman talking on a hand crank oak telephone, 1900. Hand cranked telephones had magnetos in them that would produce AC current when cranked. That current was used to power other telephone bells or signal operators. It was probably not very water proof.