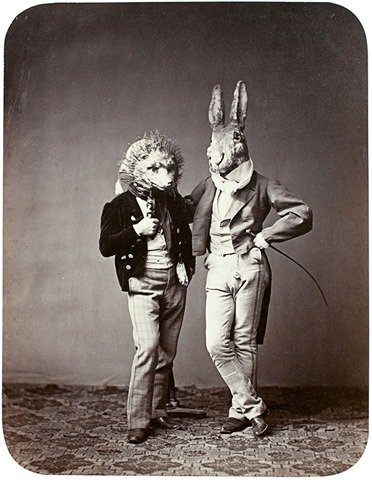 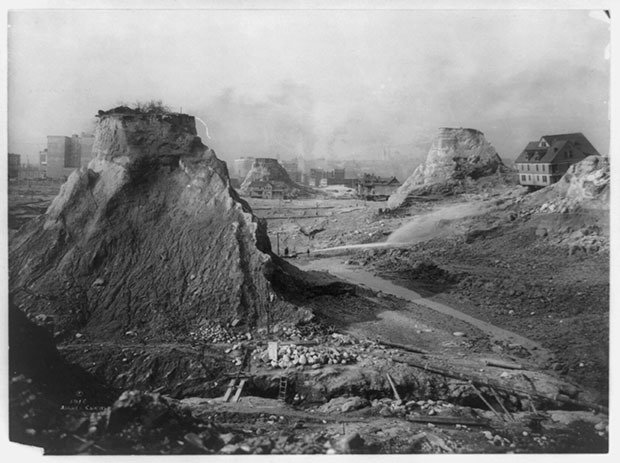 The leveling of the hills to make Seattle, Washington [Denny Hill], 1910. When white settlers first came to Seattle in the early 1850s, the tides of Elliott Bay lapped at the base of Beacon Hill. The original location of the settlement that became Seattle—today’s Pioneer Square—was a low-lying island. A series of regrades leveled paths for roads, demolished Denny Hill, and turned much of Jackson Hill (a remnant of which remains along Main Street in the International District) into a near-canyon between First and Beacon Hills. The roughly 50,000,000 short tons (45,400,000 t) of earth from these 60 regrades provided landfill for the city’s waterfront and the industrial/commercial neighborhood now known as SoDo, and built Harbor Island, at the time the largest man-made island in the world. 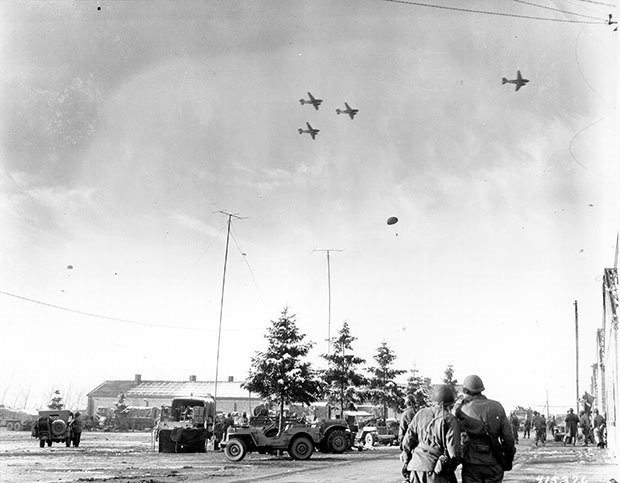 101st Airborne Division watch C-47s drop supplies to them at Bastogne in Belgium on 26 December 1944. 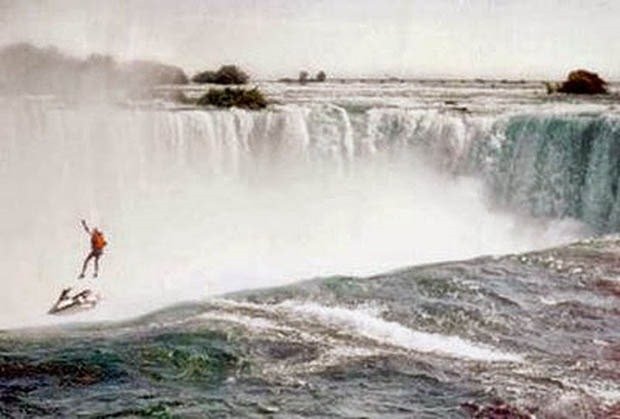 Robert Overcracker rode a jet ski over Niagara Falls in 1995 to promote awareness for the homeless. His parachute failed to deploy and he died. 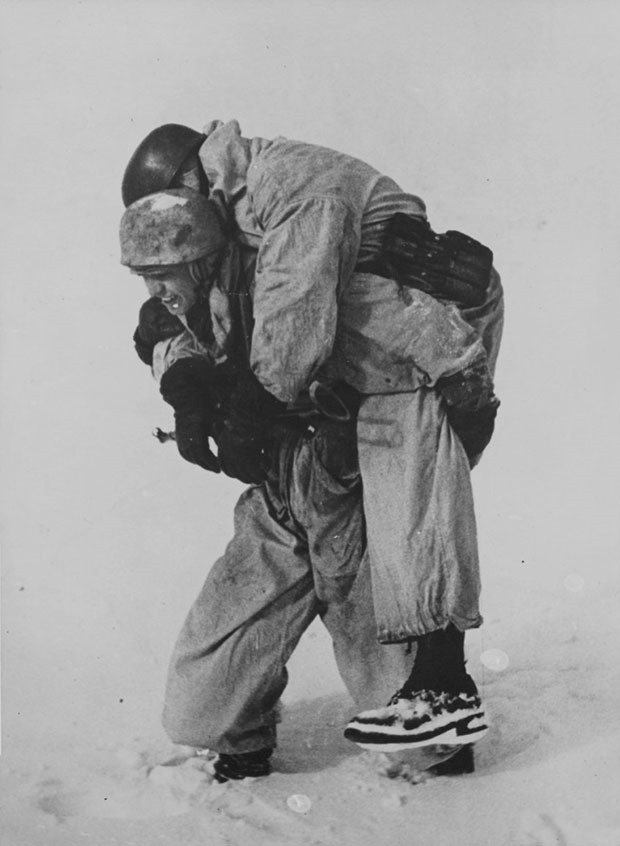 A German paratrooper on the Eastern Front carries a wounded sergeant. (1942). 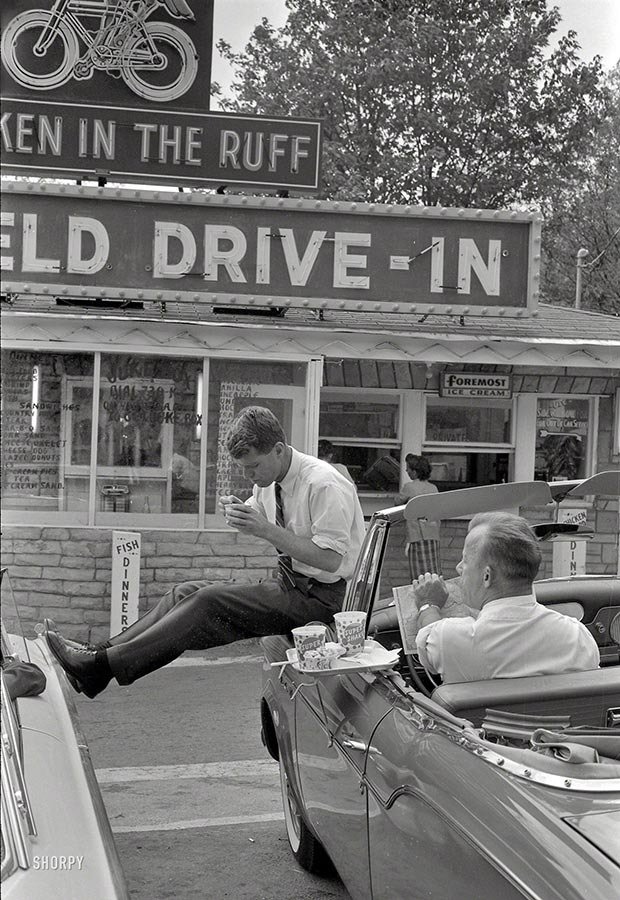 While campaigning for his brother, Robert Kennedy stops for lunch in Bluefield West Virginia, 1960. 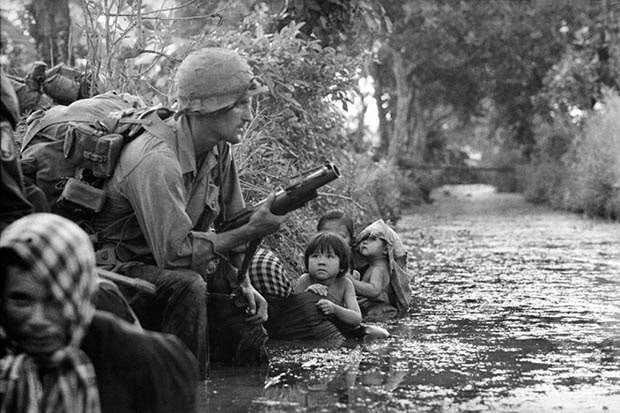 Two South Vietnamese children gaze at an American paratrooper holding an M79 grenade launcher as they cling to their mothers who huddle against a canal bank for protection from sniper fire in the Bao Trai area, Vietnam, 1966.

19. Hedgehog and the Hare 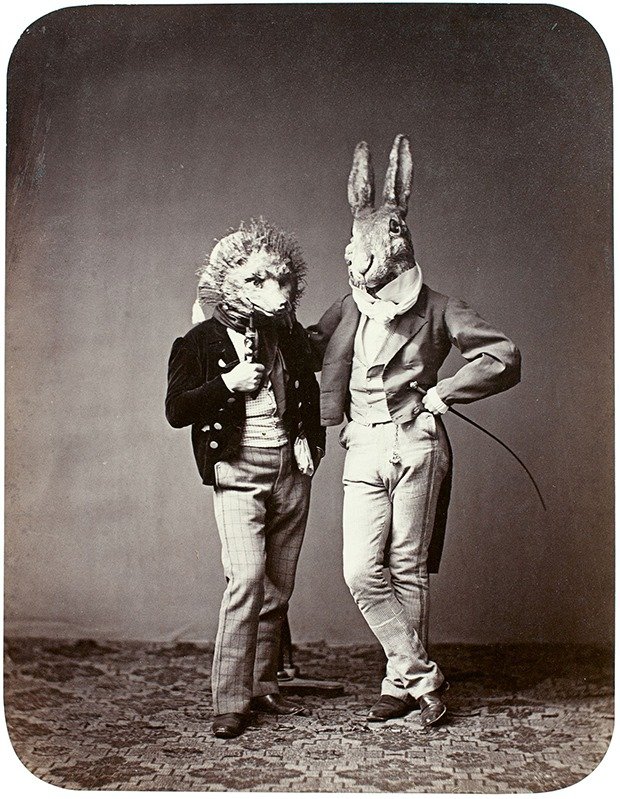 The Hedgehog and the Hare, Germany, 1862. These are costumes based on the Grimms’ fairy tale titled “The Hare and the Hedgehog,”, first published in 1812. 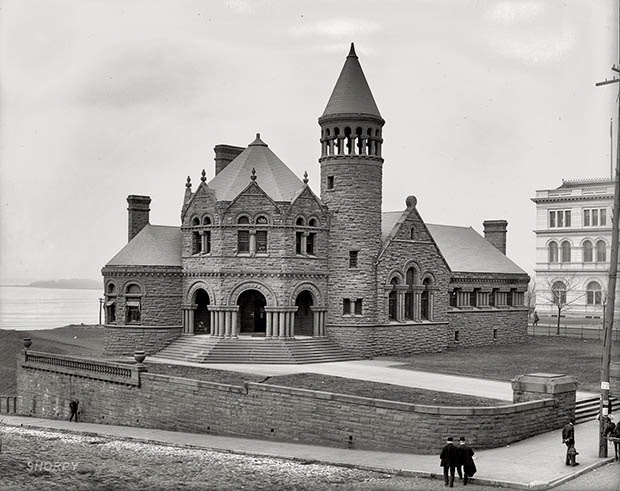 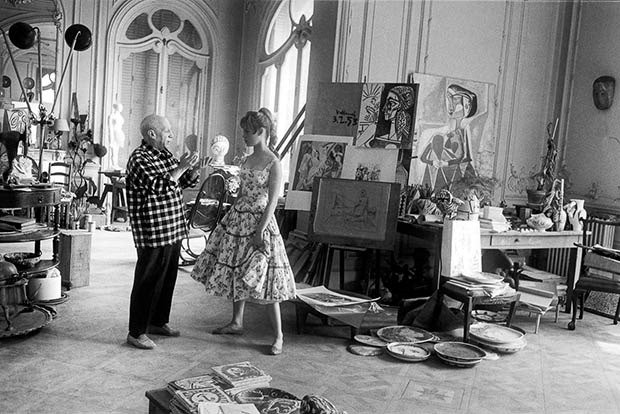 Brigitte Bardot meets Pablo Picasso in 1956. When Brigitte Bardot met Pablo Picasso in 1956, she was 21 and he was 74. Picasso had a long and successful career as an artist behind him, and Bardot had already made 17 films. Picasso never painted Bardot, but Lydia Corbett, one of Picasso’s frequent models at the time, claimed Bardot saw her at Cannes and adopted her blonde-haired, ponytailed look as her own. 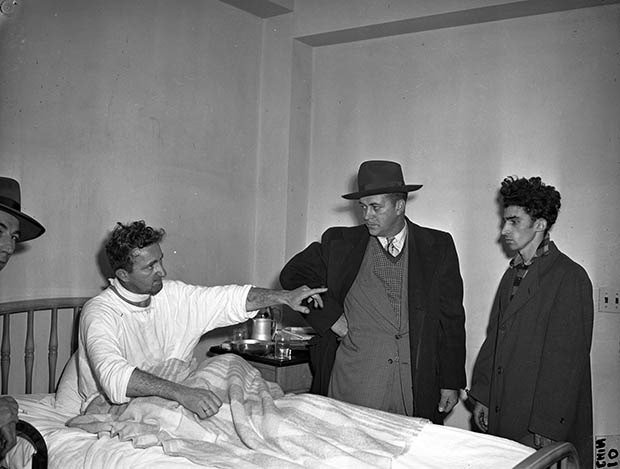 “That’s the dirty bastard that killed my brother” – An injured Nick Kuesis points to James Morelli, 20, who killed his brother and shot him in the neck, Chicago, December 1947. John Kuesis was killed by Thomas Daley, 42, James Morelli, 20, and Lowell Fentress, 19, for allegedly snitching on them to the cops about a previous robbery. 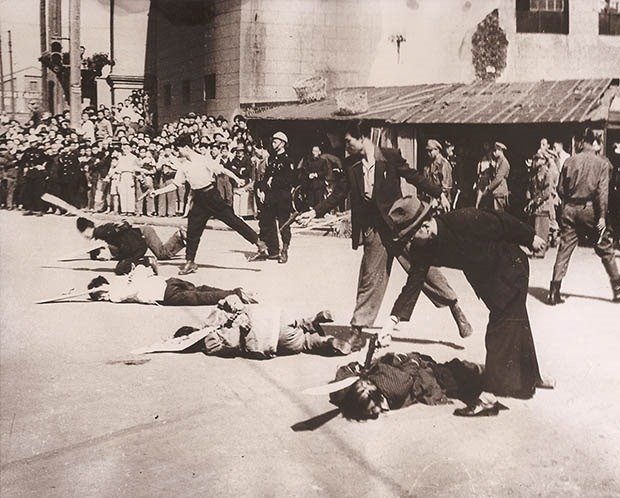 Communists being executed by Nationalists during the Chinese Civil War, the deed being done with a bullet to the back of the head, Shanghai, 1946-49. 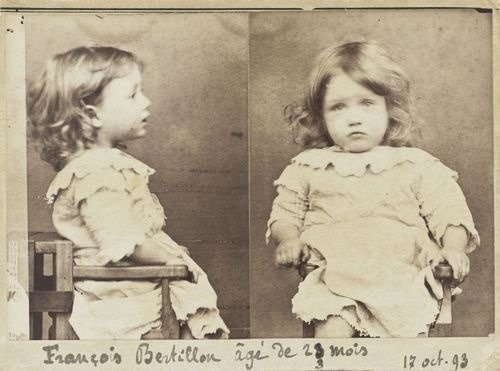 French Mug shot of François Bertillon, 23 months. Crime: Gluttony, nibbling all the pears from a basket. October 17, 1893. Interestingly, Francois’s father was Alphonse Bertillon, the inventor of the mugshot.

25. Waiting to be Evacuated 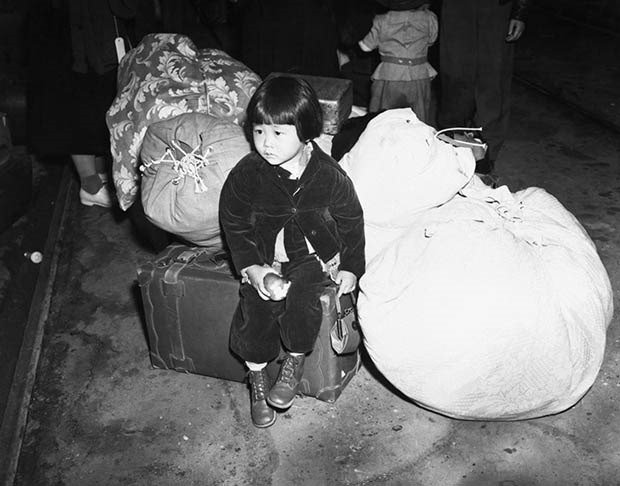 A little American girl of Japanese ancestry waits with the family baggage before being evacuated to the internment camps in the spring of 1942 in California.

January 9, 2016
Latest Posts
Subscribe to Blog via Email
Did you know?
Loading...
Facts of the Day
Registration is disabled.