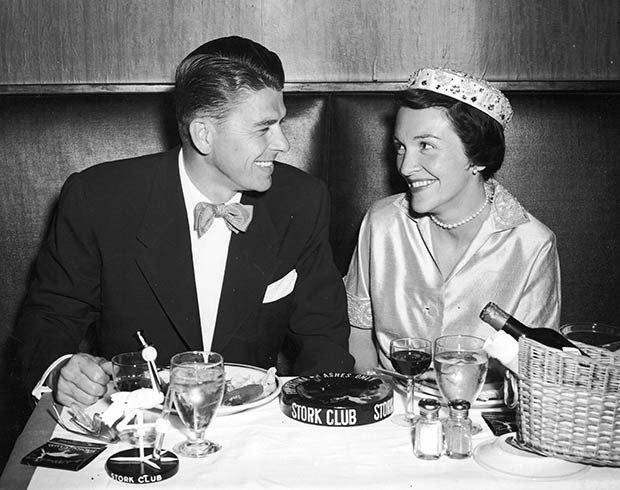 Ronald Reagan and his wife Nancy Reagan smile as they have their honeymoon dinner at the Stork Club in New York City, 1952. 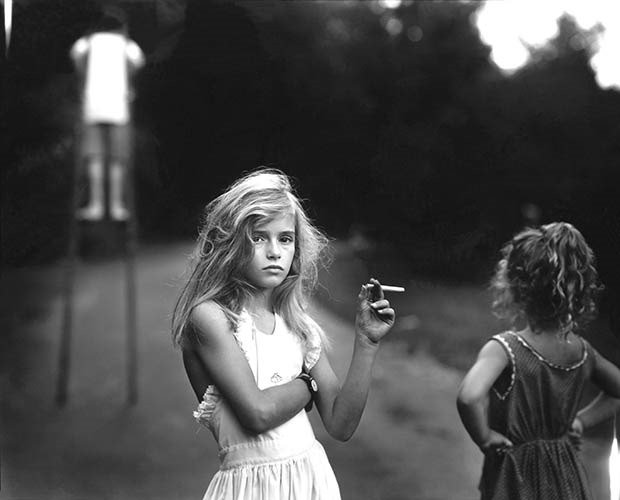 “Candy Cigarette” (1989). This was photographed by Sally Mann, one of America’s most famous photographers and she documented her kids as they grew up, thus photographed them in whatever state they were naturally in. 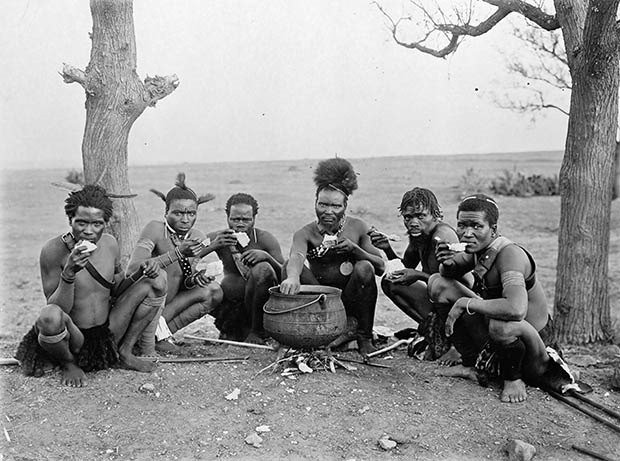 Six Zulu men posed sitting on the ground near a small cauldron. Photographed between 1920 and 1930. 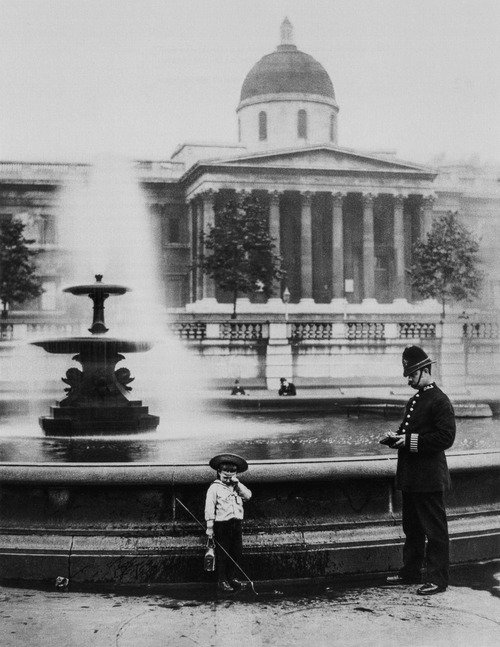 A policeman questions a young boy who probably intended to fish in the fountain on Trafalgar Square, London, 1892. 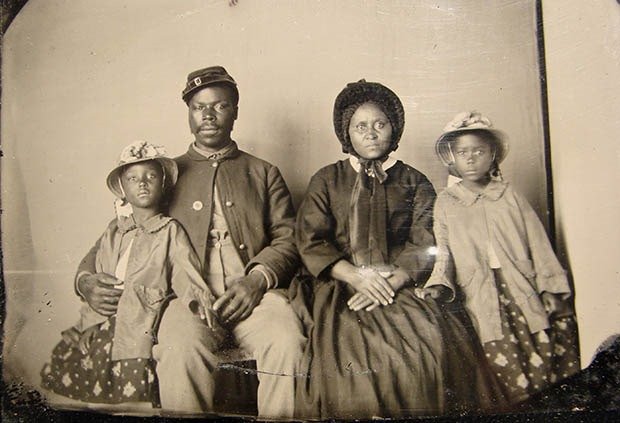 Photograph showing soldier in uniform, wife in dress and hat, and two daughters wearing matching coats and hats. In May 1863, U.S. Secretary of War Edwin Stanton issued General Order No. 143 creating the Bureau of U. S. Colored Troops. This image was found in Cecil County, Maryland, making it likely that this soldier belonged to one of the seven U.S.C.T. regiments raised in Maryland. 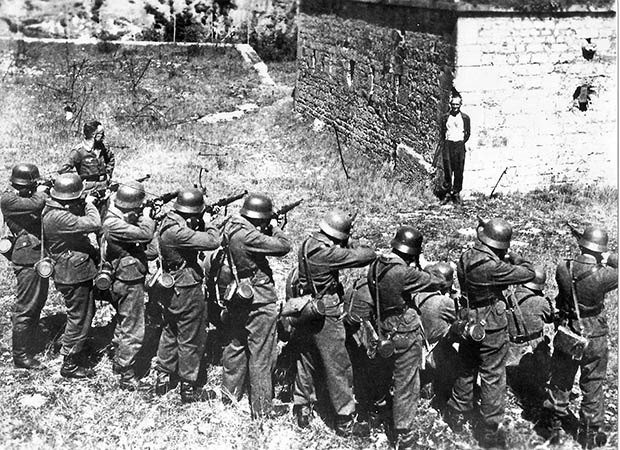 Georges Blind, a Member of the French Resistance, Smiling at a German Firing Squad. October 1944. It really seems like an overkill to have an eighteen man double-decker firing squad. This was probably staged for intimidation. He was not killed here, and he knew he wouldn’t be. He died later after internment. Firing squads were large so that no one man was solely responsible for the killing. 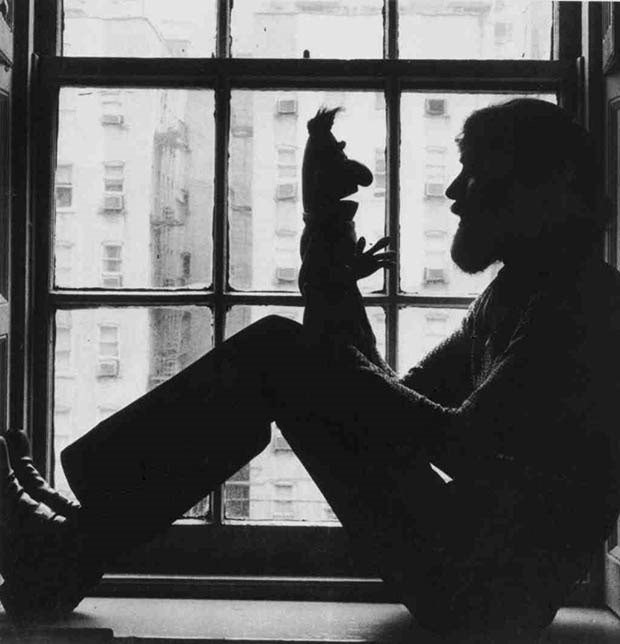 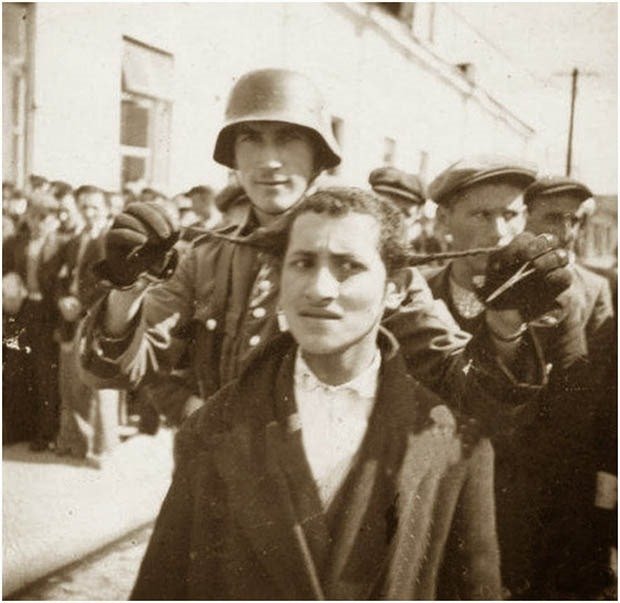 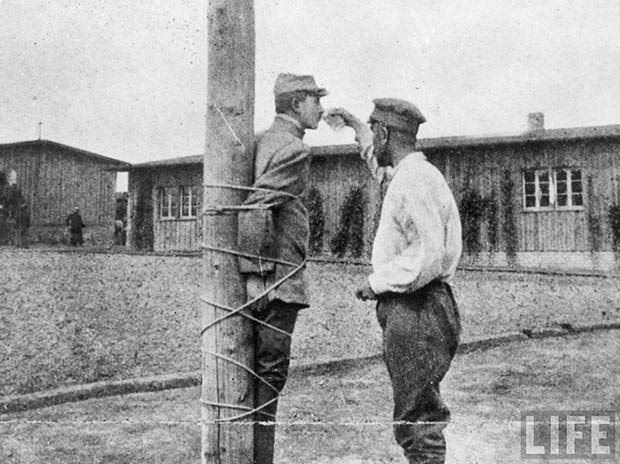 French prisoner tied to a stake at Zwickau prison camp is given a drink by a fellow POW, Germany, 1917.

Falling afoul of camp rules exposed a prisoner to sanctions, which could come about for various reasons: refusal to salute, refusal to answer during roll call, insubordination, possession of banned objects like paper, wearing civilian clothes, escape or attempted escape.

First, the Gelinder Arrest (“mild detention”) of up to nine weeks simply involved locking up the prisoner, but theoretically with no further deprivation. Second was the Mittelarrest, lasting up to three weeks. The prisoner could receive nothing from the outside except potato bread and a supplement on the fourth day of captivity. Finally, the Strenger Arrest, lasting two weeks, was similar to the Mittelarrest but included light deprivation. If no detention cell was available in the camp, standing at a post was used as punishment.

Post punishment would become the symbol of this detention. The principle was simple: the prisoner was attached to a post, a tree or against a wall, hands behind his back, and had to remain in this position, which prevented him from moving, for a certain amount of time, without eating or drinking. Several variations on this punishment were invented, such as one where the prisoner was raised onto bricks while being attached and once he was solidly attached, the bricks were removed, rendering the punishment even more painful. The Hague Convention specified that “Prisoners of war shall be subject to the laws, regulations, and orders in force in the army of the State in whose power they are. Any act of insubordination justifies the adoption towards them of such measures of severity as may be considered necessary”. Post punishment was applied in the German Army until its abolition on 18 May 1917; for prisoners, abolition came at the end of 1916 after a complaint by France. 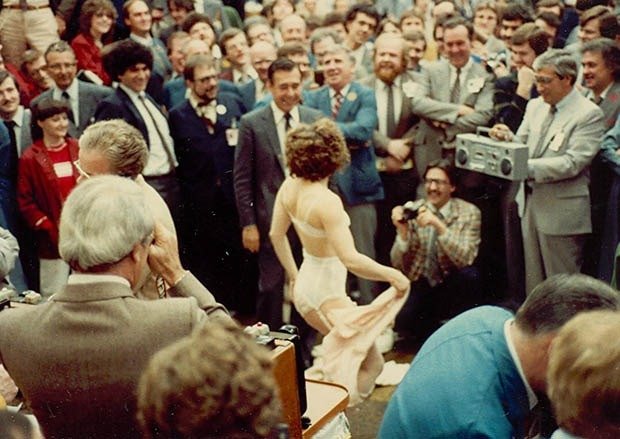 A stripper visits the trading floor of the Toronto Stock Exchange. Late 1970s.  Apparently she was there visiting a man named Don Bainbridge according to the TSE Traders Archive. 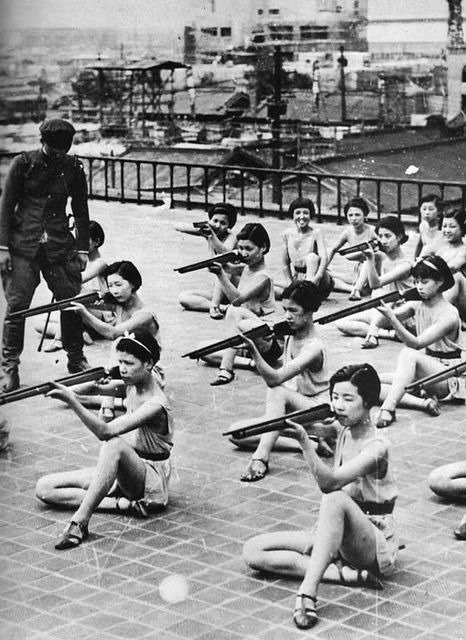 Japanese girls receiving shooting training during school in the 1930s. 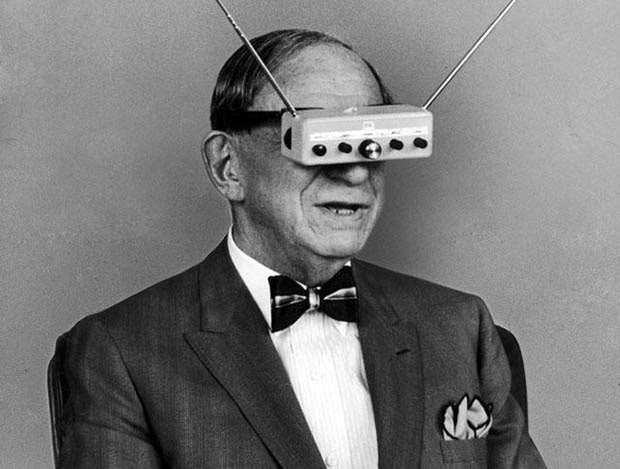 Inventor Hugo Gernsback demonstrating his television goggles in 1963. Hugo Gernsback is famous as the father of modern science fiction too. His name is on the most well known SF award too. 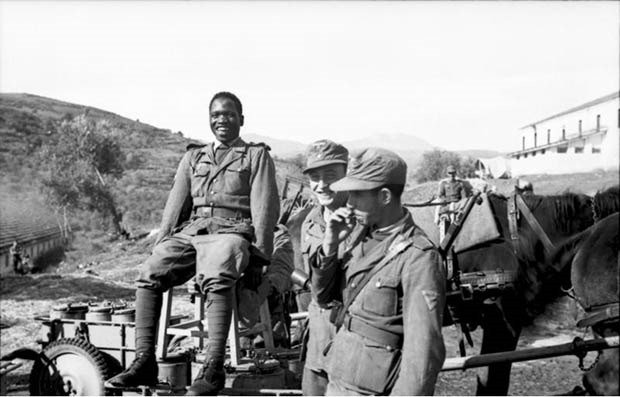 A black Wehrmacht soldier having a laugh with his mates in 1943.

57% of Soviet prisoners and millions of Soviet civilians died as a result of intentional Nazi policy. But a Russian volunteer battalion was raised to fight for Nazi Germany.

Several groups of Africans fighting for France were murdered upon capture by German troops. But some African volunteers were enlisted in the German armed forces.

Non-white colonial POWs who fought for France were treated badly and suffered worse mortality rates than white French POWs. But yet the Germans collaborated with certain groups of non-whites.