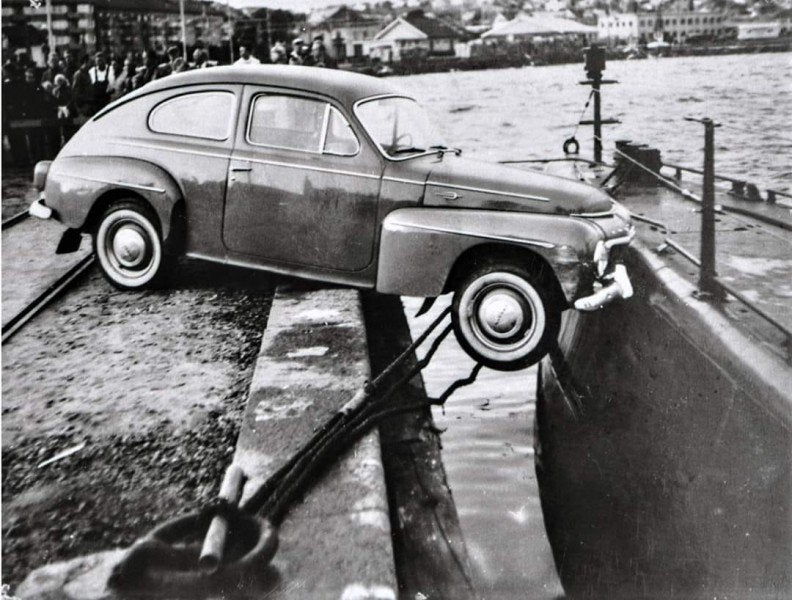 A collision between a car and a submarine! 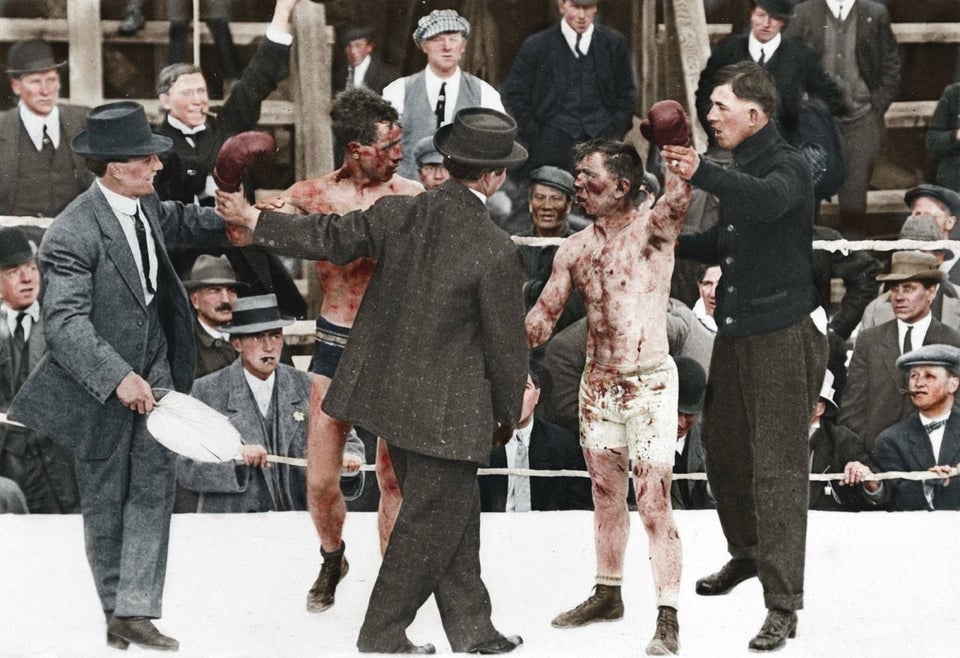 Hyland lost to Campbell in 15 rounds. 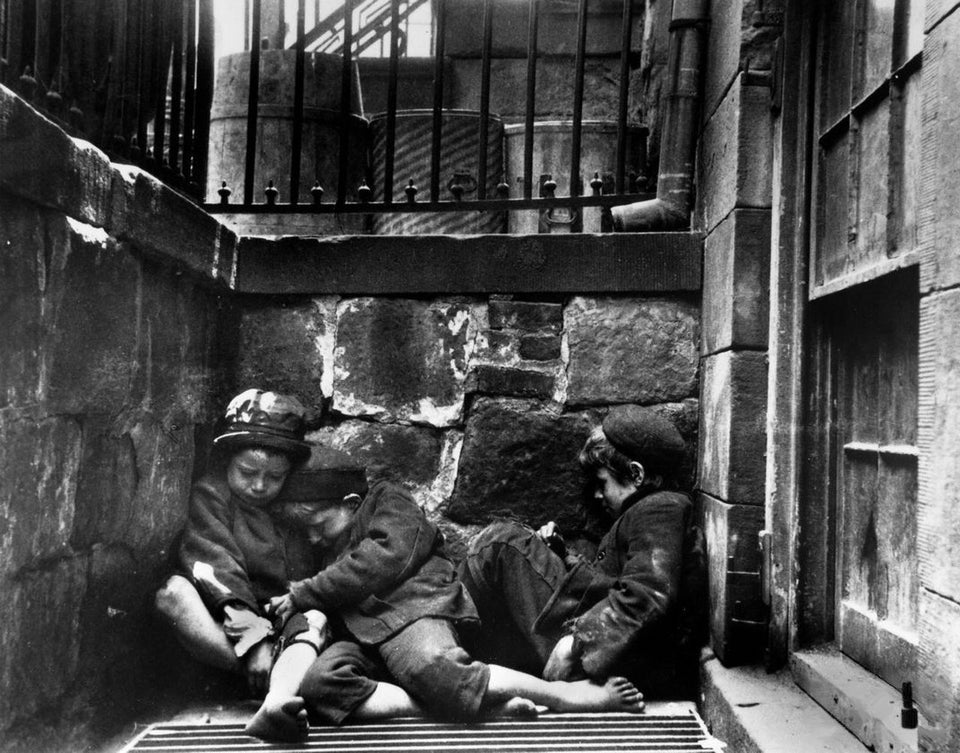 4. The crowd celebrates the death of Hitler by burning effigy, Canada, 1945. 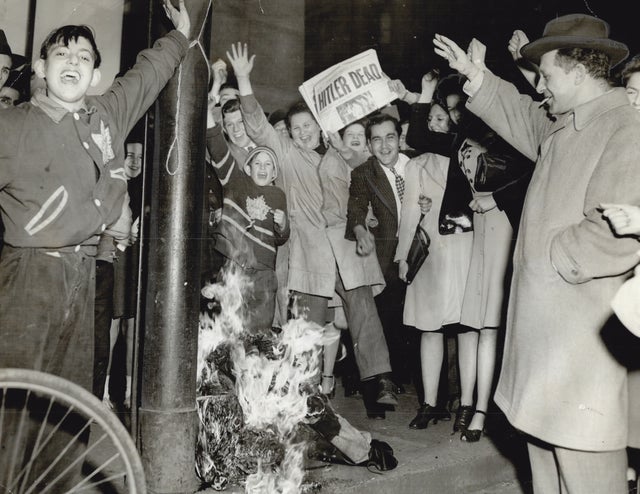 5. British soldier wearing a gas mask and helmet on the Western Front in France during the World War I in 1918. 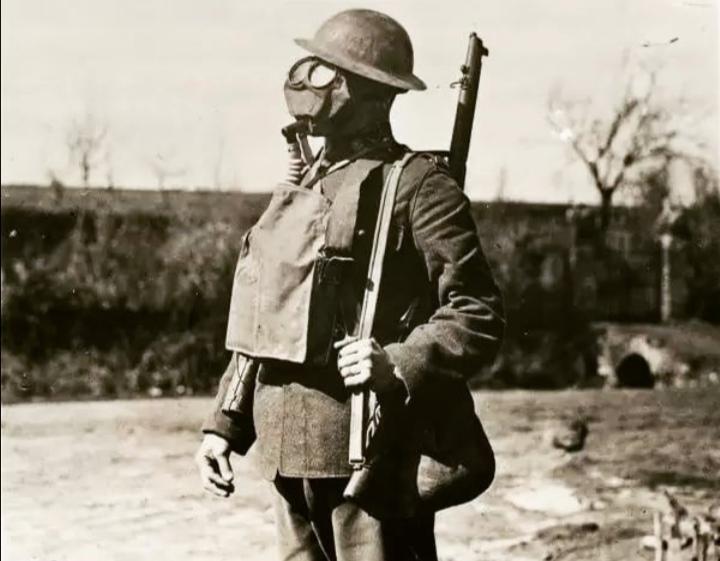 6. The world enters the nuclear age. 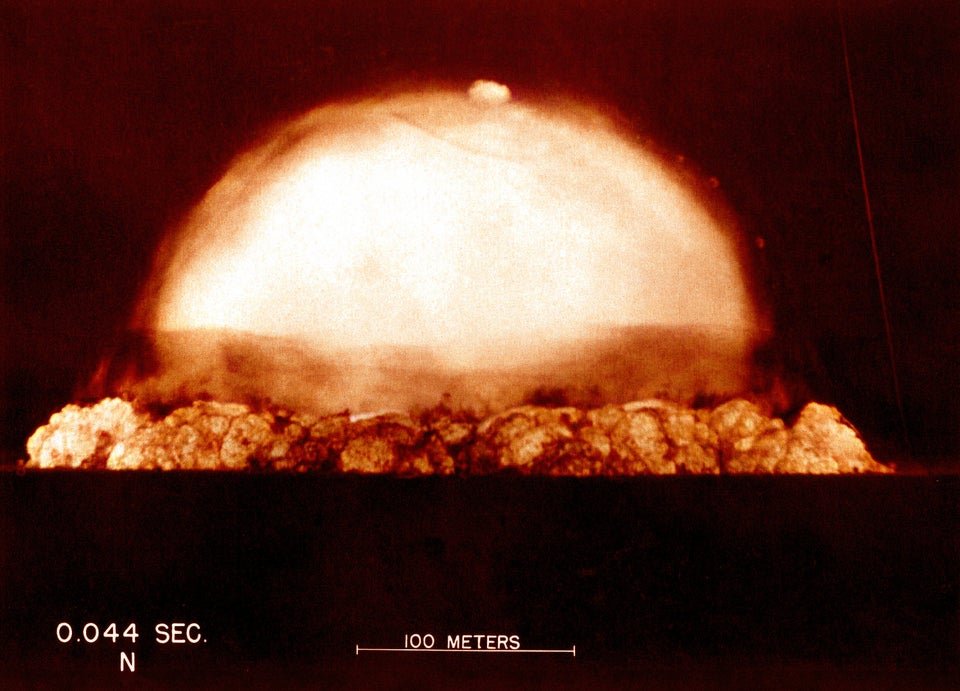 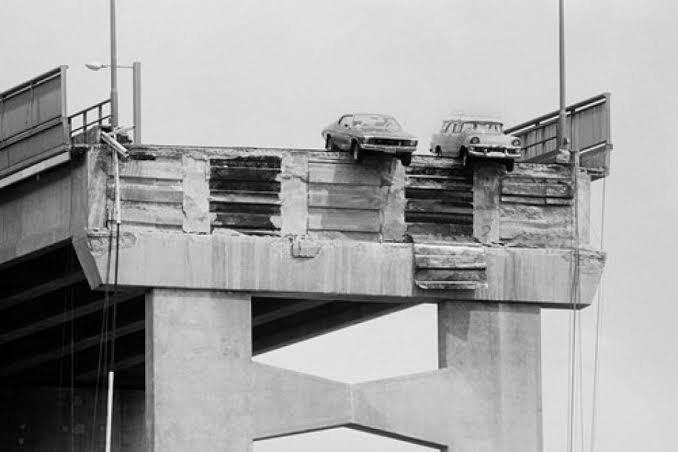 8. On 4 December 1980, Terry Fox, a 21-year-old Canadian who lost a leg to cancer, began a cross-Canada run to raise money for cancer research. 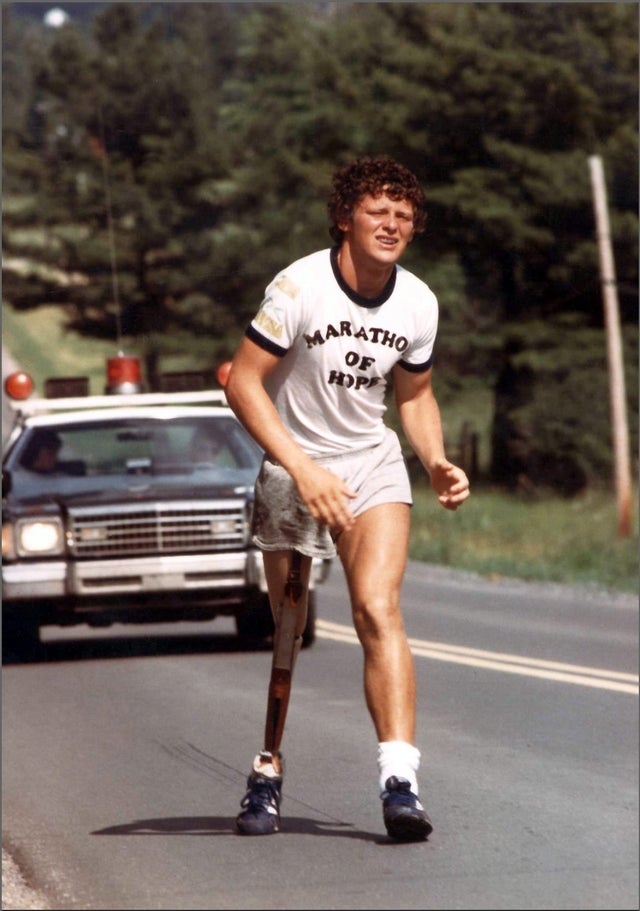 9. Young girl hits her head against the door. 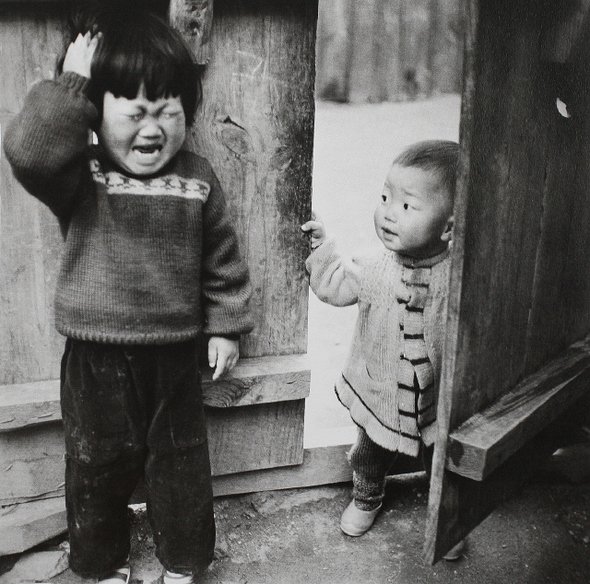 10. Russian composer Dmitri Shostakovich serving as a volunteer fireman, during the Siege of Leningrad, 1941. 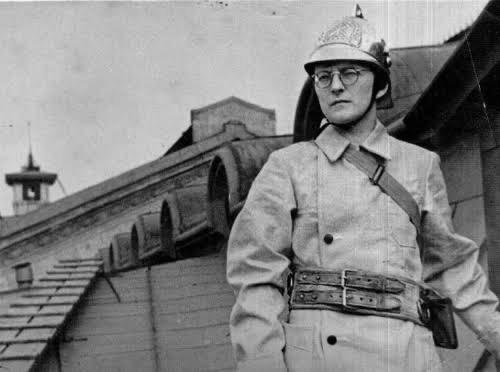