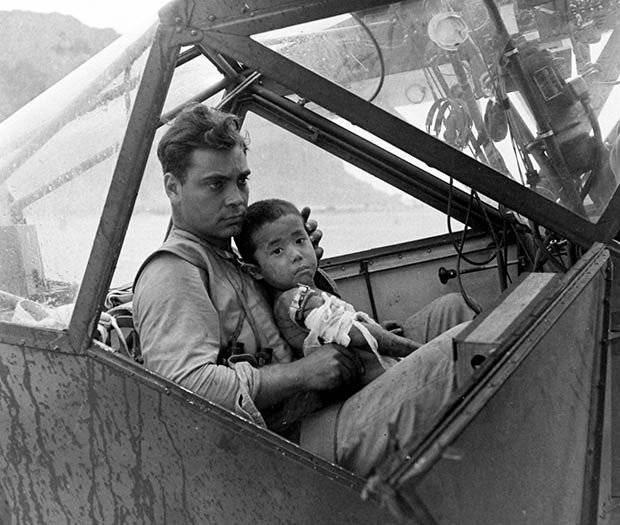 An American soldier cradles a wounded Japanese boy and shelters him from the rain in an airplane cockpit during the Battle of Saipan while waiting to transport him to a field hospital in July 1944. Photo by Peter Stackpole.

The story behind the picture:

On Saipan I witnessed suicides during the very last of the fighting at the south end of the island. Japanese propaganda had told the native population that they ought to take their own lives because the Americans were going to torture anyone they captured. That wasn’t the case at all, but I saw girls, all holding hands, jump off the reef in the ocean, trying to drown themselves. In a truckload of civilians that the Marines had rounded up, I saw a little Japanese kid with his arm badly mangled and some makeshift bandages on it. The kid was about to be in a state of shock, and just then one of those observation planes landed on the road. I took the boy over to the plane and said to the pilot, “Is there any way you can take this kid . . . where he can get medical treatment?” He didn’t want to at first. Then he looked at the kid and said, “Sure.” The kid sat on his lap, I took one picture, and the plane took off. 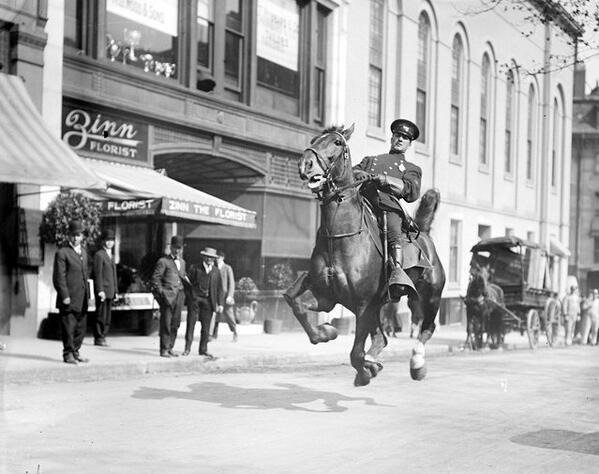 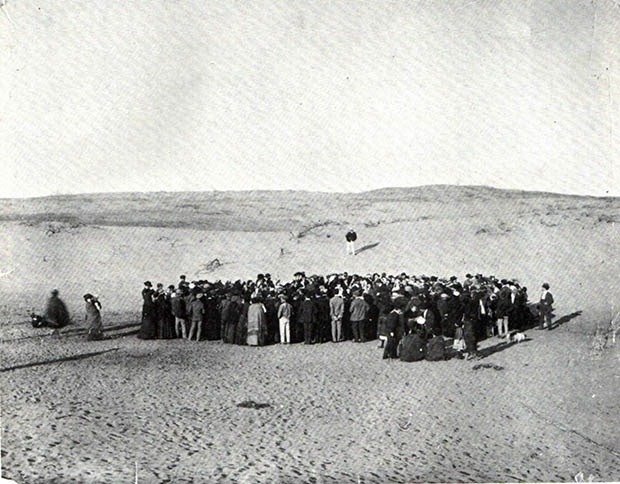 April 11th, 1909: About 100 people participate in a lottery to equally divide a 12-acre plot of sand dunes they’ve purchased, that would later become the city of Tel Aviv, Israel. And here is the location of the lottery in 2011, on Rothschild Boulevard – one of Tel Aviv’s trendiest areas.

The lottery was organized by Akiva Arye Weiss, president of the building society. Weiss collected 120 sea shells on the beach, half of them white and half of them grey. The members’ names were written on the white shells and the plot numbers on the grey shells. A boy drew names from one box of shells and a girl drew plot numbers from the second box. A photographer, Avraham Soskin, documented the event. The first water well was later dug at this site (today Rothschild Boulevard, across from Dizengoff House). Within a year, Herzl, Ahad Ha’am, Yehuda Halevi, Lilienblum, and Rothschild streets were built; a water system was installed; and 66 houses (including some on six subdivided plots) were completed.

04. Reunion of the Veterans 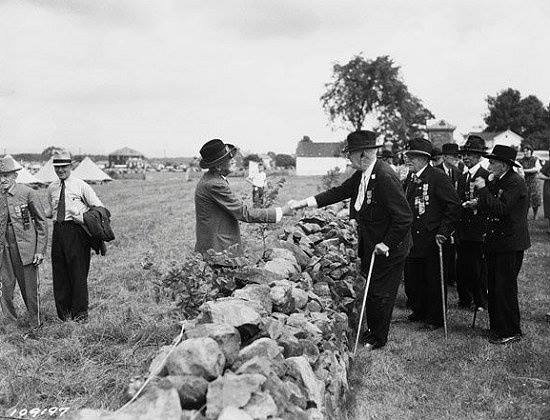 Confederate and Union soldiers shake hands across the wall at the 1938 reunion for the Veterans of the Battle of Gettysburg. 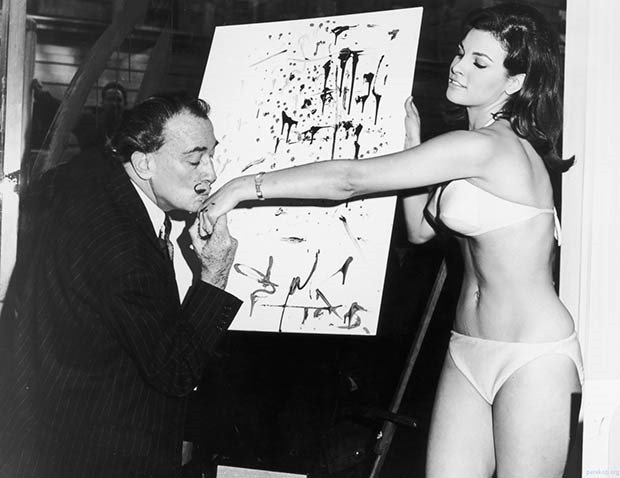 Salvador Dalí kisses 25-year-old Raquel Welch’s hand in front of his abstract portrait of her, 1965. 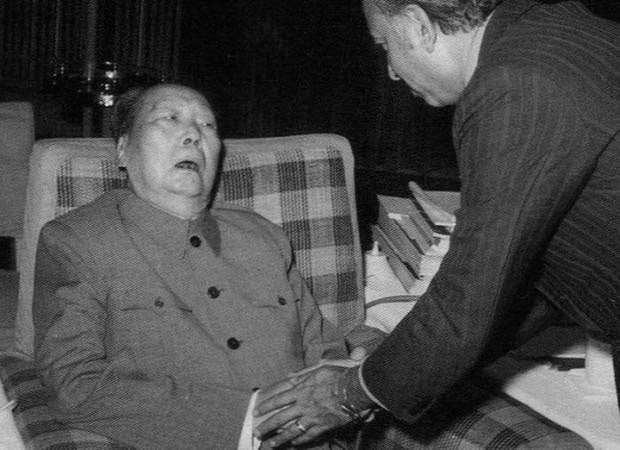 Mao Zedong’s last public appearance on May 27, 1976, meeting Pakistani Prime Minister Zulfikar Ali Bhutto. His head resting against the back of the chair, possibly caused by Lou Gehrig’s disease, showed the world that Mao wouldn’t be alive much longer. 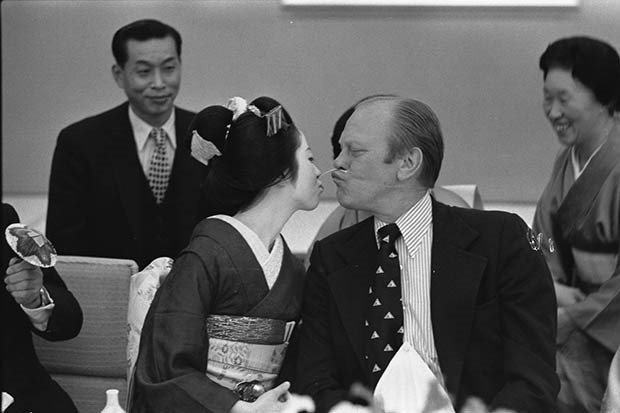 It’s time to pass the straw as President Ford and a geisha play a traditional Japanese game. Ford was in Japan on a state visit to discuss future U.S-Japanese relations with Prime Minister Tanaka. Photograph by: David Hume Kennerly, 1974. Here is Secretary of State, Henry Kissinger (in a rare moment when he took off his glasses) playing the same game. Here is Chief of Staff, Donald Rumsfeld playing it. 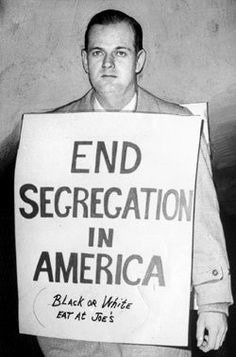 William Lewis Moore, a white postal worker from Maryland who walked to Mississippi to deliver a letter against segregation. He was murdered 5 days before his birthday in 1963.

On Moore’s final walk, as soon as he crossed the state line into Alabama, he was assailed by white motorists who denounced him as a “n****r-lover,” and pelted him with rocks. On April 23, radio station WGAD in Gadsden, Alabama received an anonymous phone tip as to Moore’s location. Reporter Charlie Hicks drove out to find Moore walking along a rural stretch of Highway 11 near Attalla. Moore told Hicks, “I intend to walk right up to the governor’s mansion in Mississippi and ring his door bell. Then I’ll hand him my letter.” …. Less than an hour after Hicks left him, a motorist found Moore’s body about a mile farther down the road, shot twice in the head at close range with a .22 caliber rifle. The gun was traced to one Floyd Simpson, a member of the Ku Klux Klan, with whom Moore had discussed integration, interracial marriage, and religion earlier in the day.

Some civil rights era veterans tried to deliver his letter to Haley Barbour, governor of Mississippi from 2004-2012. He wouldn’t meet with them. 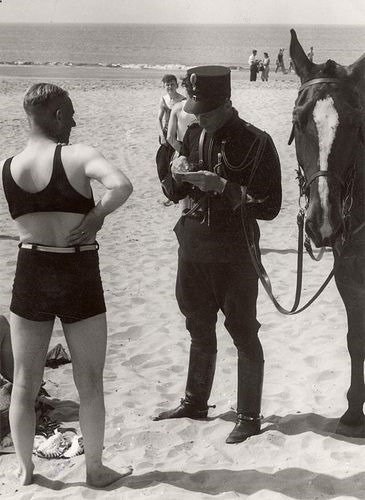 Man at the beach fined for not wearing appropriate bathing wear. Netherlands, Heemskerk, 1931. 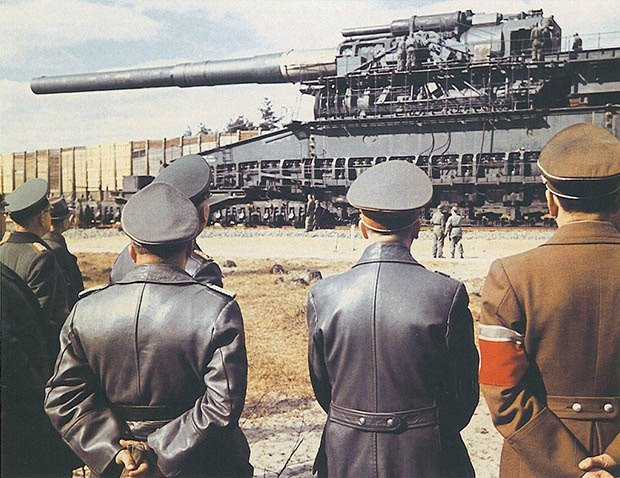 Hiter, Speer and entourage mesmerized at the Schwerer Gustav. Largest and Heaviest artillery ever used in combat. 1941. Also know as Dora, Krupp was responsible for its development. It saw very little combat as the gun proved to be a logistical nightmare. It stands as the largest-calibre rifled weapon ever used in combat, the heaviest artillery piece ever built by weight and fired the heaviest shells of any artillery. Its rate of fire was 1 every 30-45 minutes or 14 shells a day. 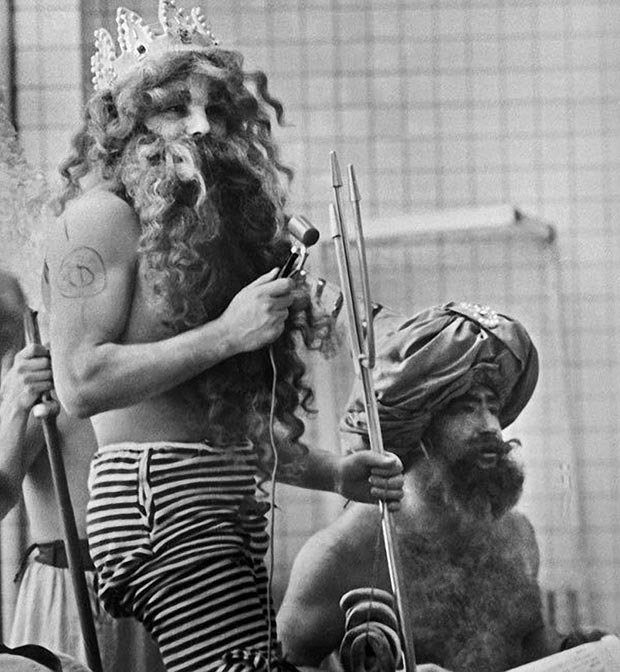 Yuri Gagarin at a Party for Cosmonauts in 1965. Each individual Cosmonaut was given a different Greek god to dress as and he here is dressed as Poseidon. 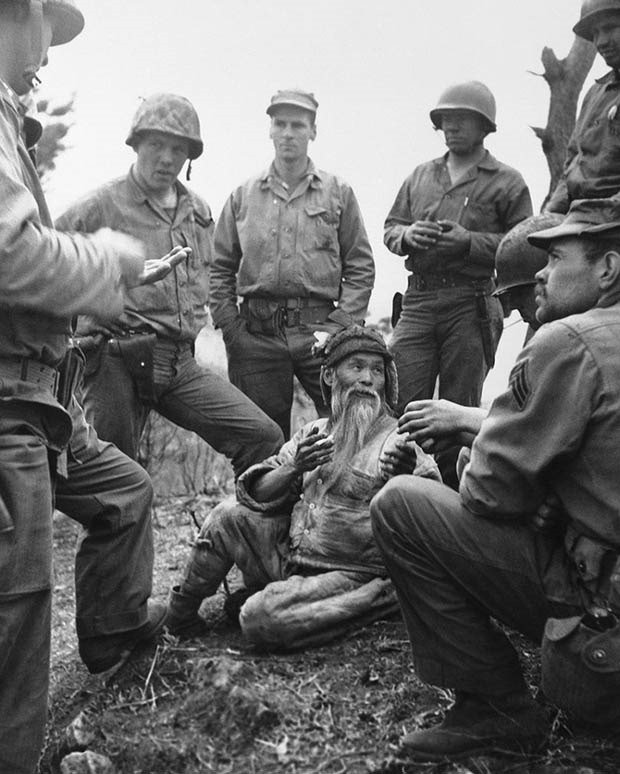 The questioning of a North Korean civilian who made it across both North Korean and U.N. lines to safety in 1951.