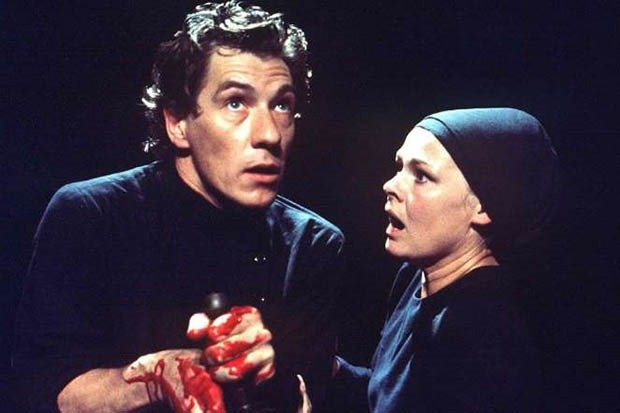 Ian McKellen as Macbeth with With Dame Judi Dench as Lady Macbeth in a 1976 production of the play. 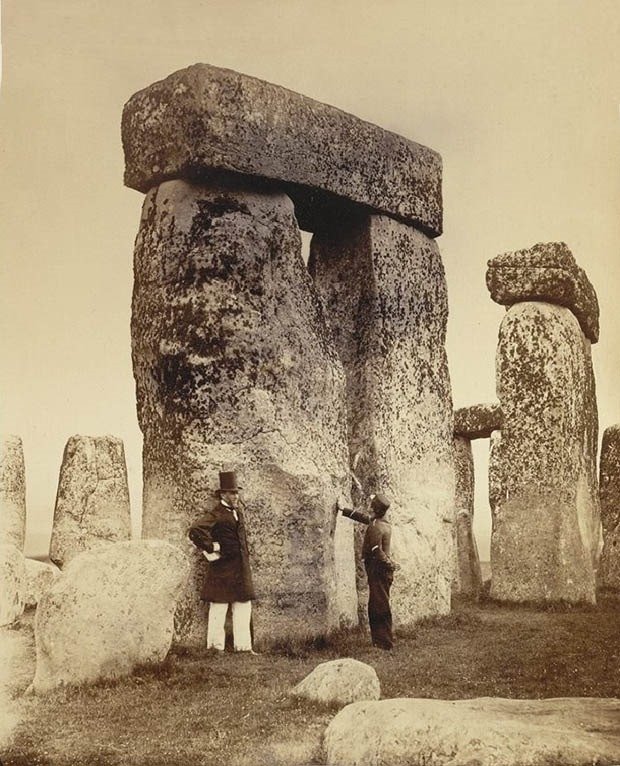 Stonehenge in 1867. In 1915, Sir Cecil Chubb walked into a property auction in Salisbury and on a whim he bought it as a gift for his wife and walked out £6,600 poorer and the owner of Stonehenge. Unfortunately, she apparently did not like it so he gifted it to the Crown and today it is estimated the property is worth about $100 million. 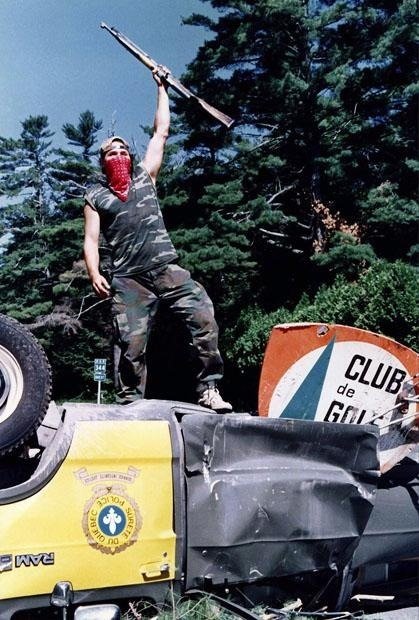 Mohawk warrior shakes his rifle after battle with Canadian police on July 11, 1990 during the Oka Uprising. In 1990 the Oka golf course wanted to expand their course onto land that the local Mohawk community of Kanesatake viewed as their historical, sacred burial ground. The Mohawks in effort to stop development set up road blocks. The major ordered the blockades down and in the ensuing violent confrontation one police officer, 31-year-old SQ Corporal Marcel Lemay, was killed and the blockades still left standing. 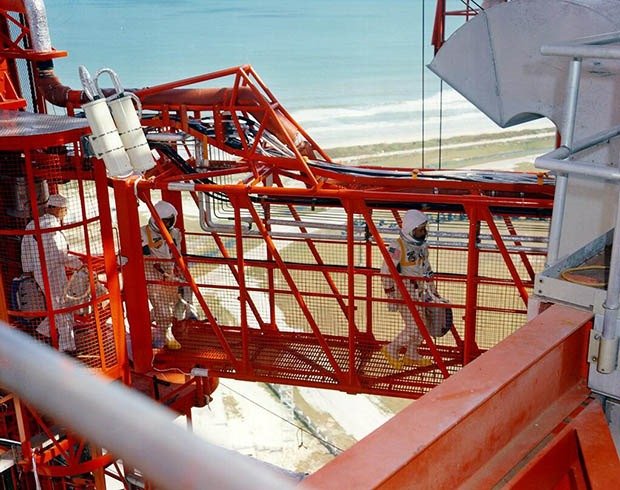 Apollo 1 crew crossing the access arm to the command module on January 27, 1967. The planned low Earth orbital test of the Apollo Command/Service Module never made its target launch date of February 21, 1967, because of the cabin fire during a launch rehearsal test. From the picture it looks like Gus Grissom is far right. Those guys were walking to their fiery tragic deaths. They sacrificed their lives and took a big risk so they could help advance mankind. 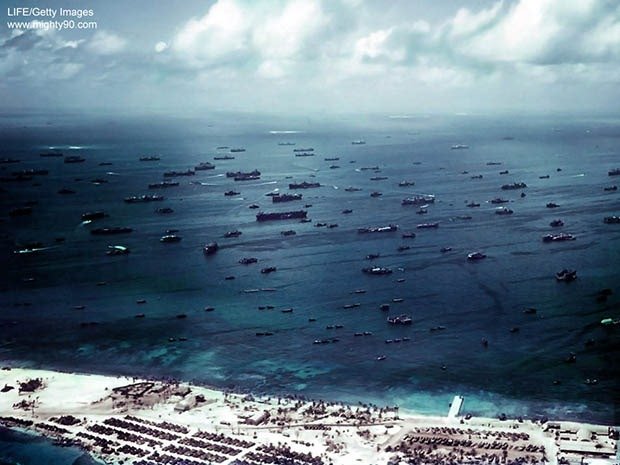 Ulithi Atoll, home to the 3rd Fleet in late 1944. The land in the foreground is one of several depot islands surrounding the anchorage. It is pictures like this that reminds us what a logistical nightmare WWII must’ve been.

The so-called third fleet was the Pacific fleet in WWII. There weren’t two others. There were two fleet admirals who cycled in and out. When the other admiral was in command, the fleet was renamed the seventh fleet or some other number, thus creating even more fictional fleets. All of these bogus fleets were intended to confuse the Japanese naval intelligence, and prevent them from getting useful data on how many ships we had, or on how many major task forces they were broken out into. 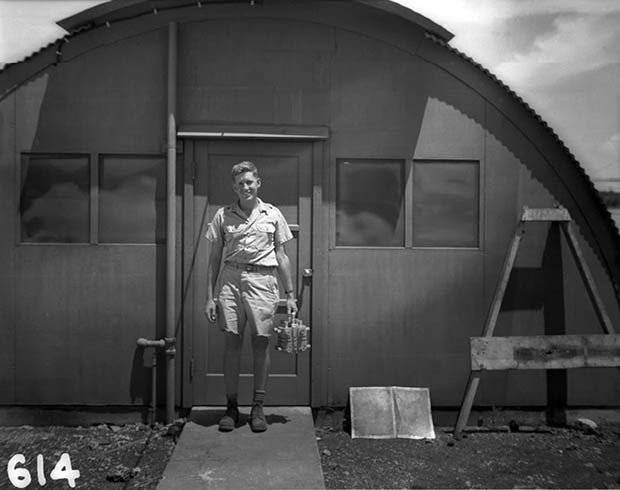 Harold Agnew carrying the plutonium core of the Nagasaki Fat Man bomb, 1945. His smile sort of disconnects the viewer from the reality of the situation. That box is the direct cause of the deaths of approximately 70,000 people. That little box will change the course of history, and he’s holding it like it’s his lunch. 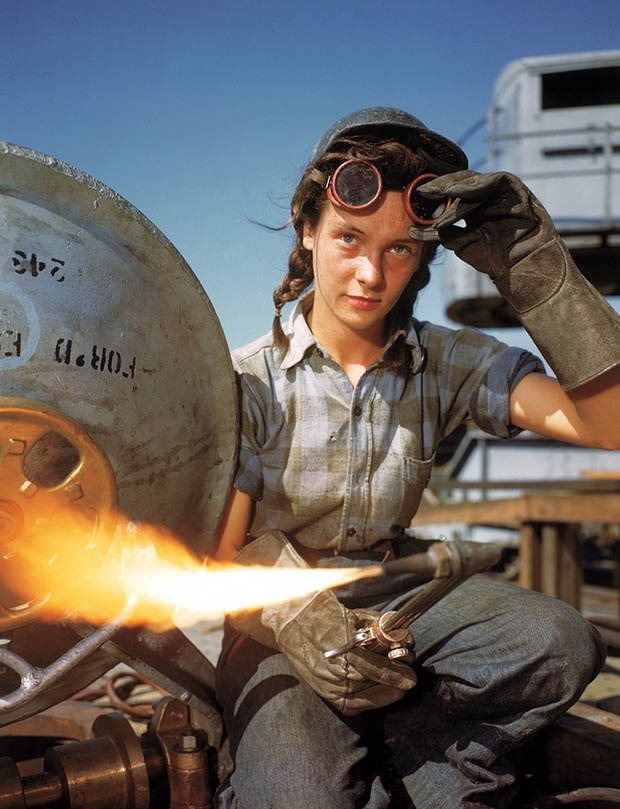 Don’t forget the home front. You probably knew Rosie the Riveter, the cultural icon that symbolized the mass entry of women into the American war effort during World War II, but have you met Winnie the Welder (some call her Wendy the Welder), the moniker given to some 2,000 women who worked in the shipyard building war ships and subs.

LIFE photographer Bernard Hoffma[n] took the photo above of a young female welder at a boat-and-sub-building yard in October 1943. Jennifer Mann of The Patriot Ledger has the fascinating story of one such Winnie the Welder:

She wore welding spats to protect her legs from the flames. Her helmet, with the name Flo etched across the front, shielded her eyes from the spraying sparks.

With a heavy green welding jacket masking her 20-year-old figure, the long mane of auburn hair was the only clue that a young woman was building ships alongside the men at the Fore River shipyard in Quincy, *[Massachusetts].

Still, Florence “Woo Woo” DiTullio Joyce picked up her nickname pretty quickly. “I was a curvaceous 119 pounds. Every time I walked by, the guys would go, ‘Woo Woo!’” she recalled with a laugh. 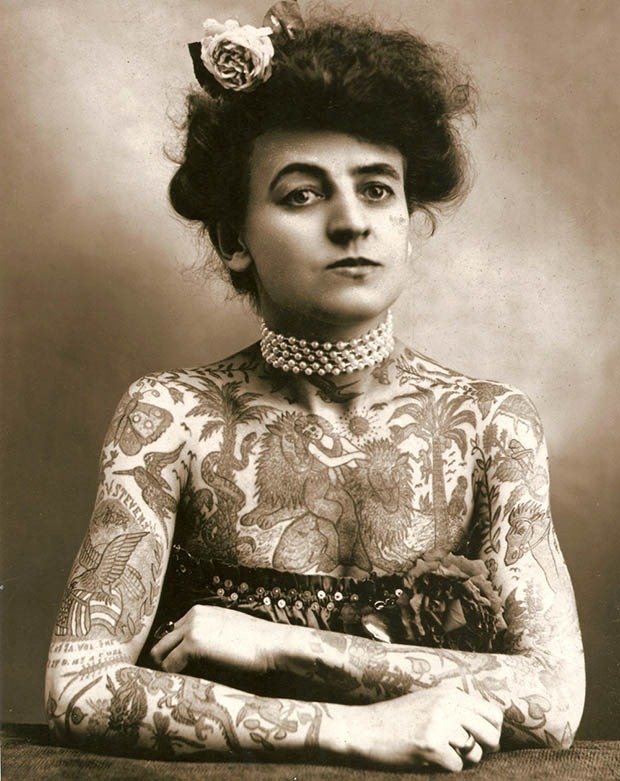 Maud Wagner, the first known female tattooist in the U.S. 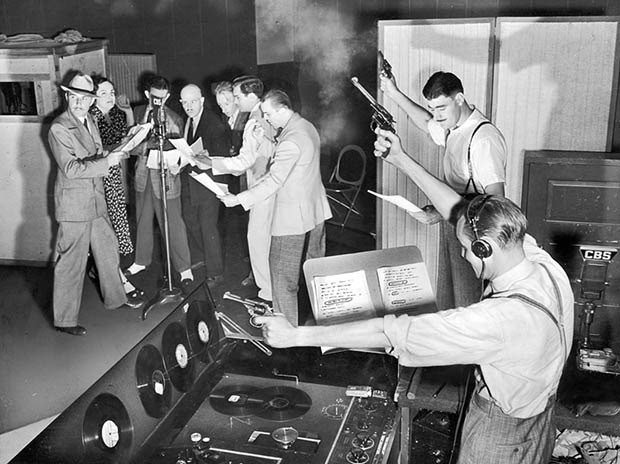 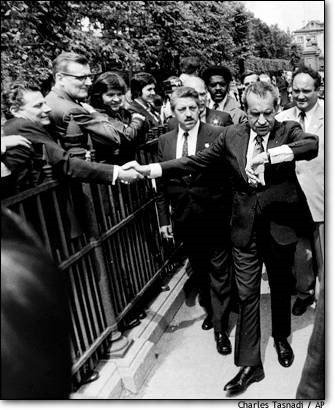 President Nixon shows off his charm meeting the public in Brussels, June 1974. 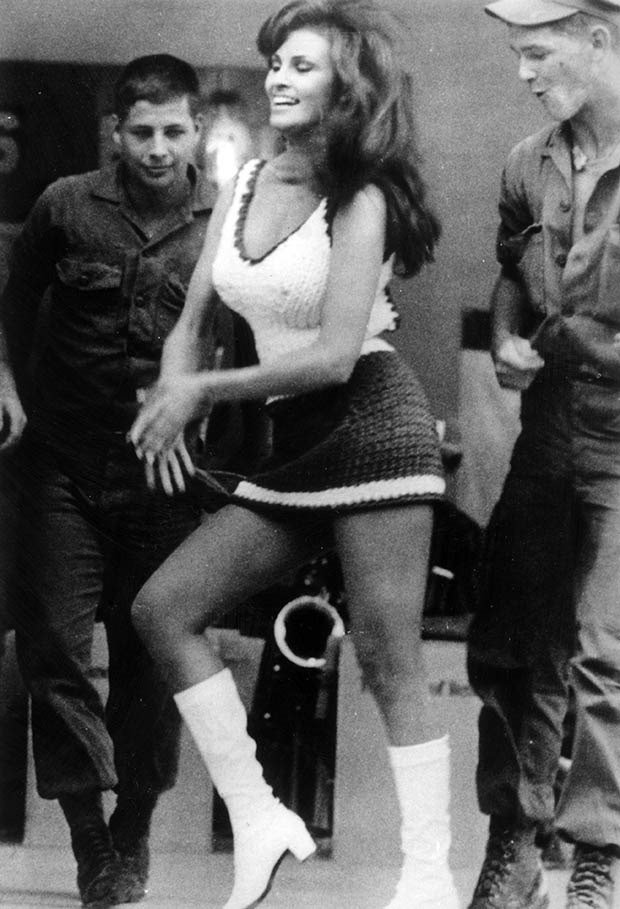 Two GIs admire actress Raquel Welch while she was visiting the troops in Vietnam, 9th January 1968. 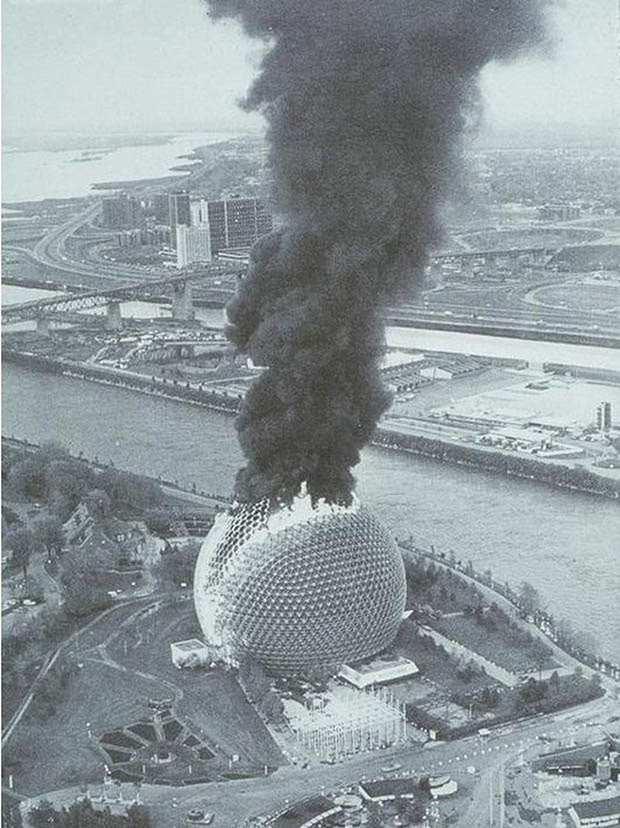 Photo of the Montreal Biosphere in flames in 1976. Bonus: Colour photo. In the afternoon of the 20 May 1976, during structural renovations, a fire burned away the building’s transparent acrylic bubble, but the steel truss structure remained. The site remained closed until 1990.