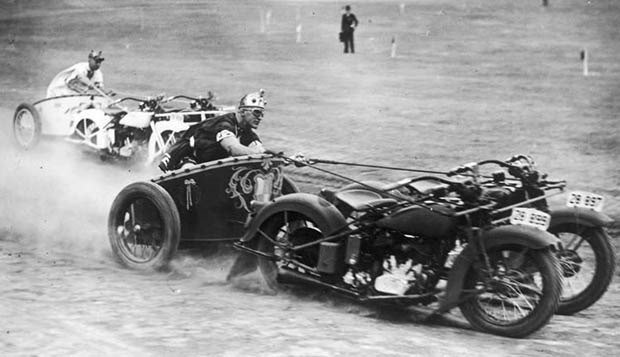 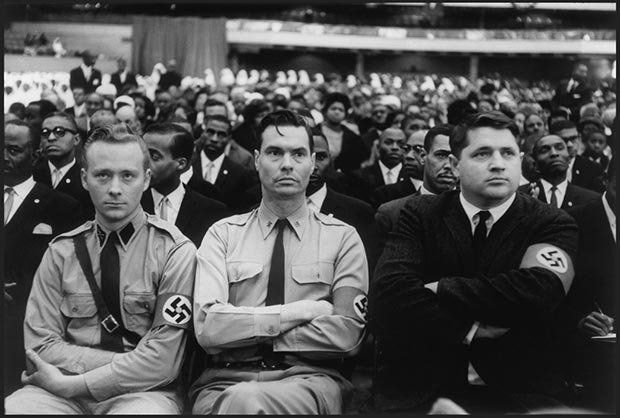 ‘When Malcolm X Met the Nazis.’ American Nazi leaders at a Nation of Islam event Feb. 25, 1962 by Eve Arnold. According to historian William Schmaltz, Malcolm X delivered a speech, followed by an appeal for donations that singled out the few Caucasians in the audience. [George Lincoln] Rockwell contributed $20. When Life photographer Eve Arnold raised her camera to capture the Nazis, Rockwell—presumably alerted to her Jewish ancestry by the Muslims—allegedly rasped, “I’ll make a bar of soap out of you.” (She replied, “As long as it isn’t a lampshade.”)” 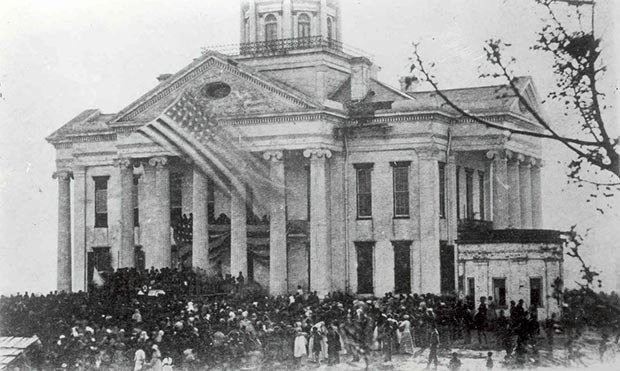 A large crowd of mostly African Americans mourning the death of President Abraham Lincoln in front of the Warren County Courthouse in Vicksburg, Mississippi, April 1865. 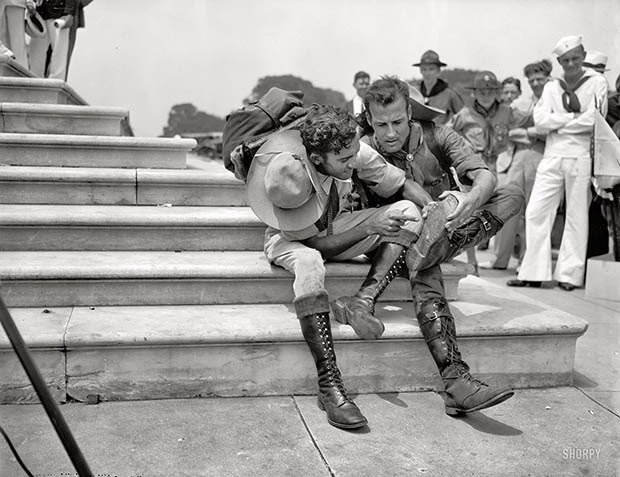 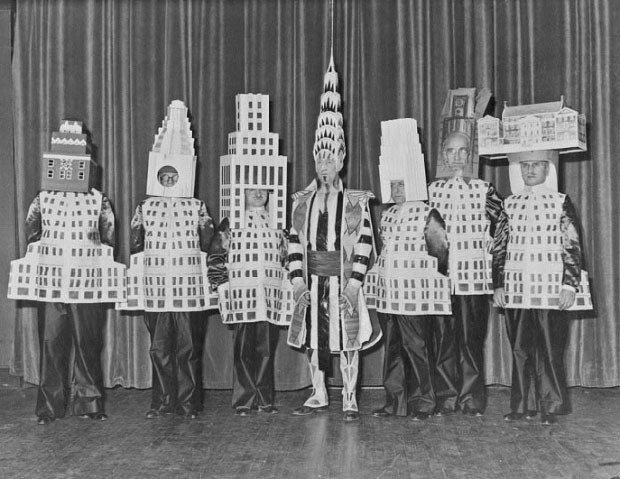 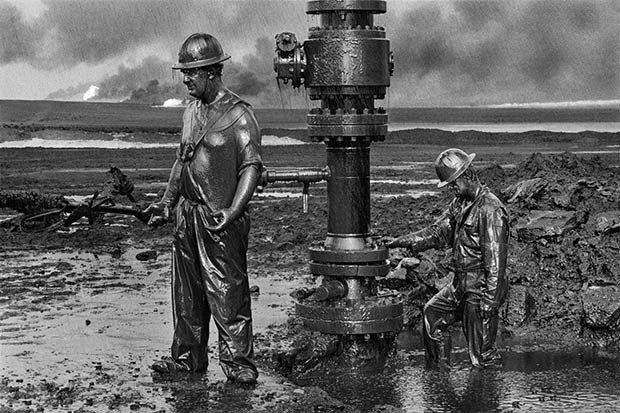 Canadian firefighters seal an oil well in Kuwait after Iraqi sabotage during the Gulf War, 1991. 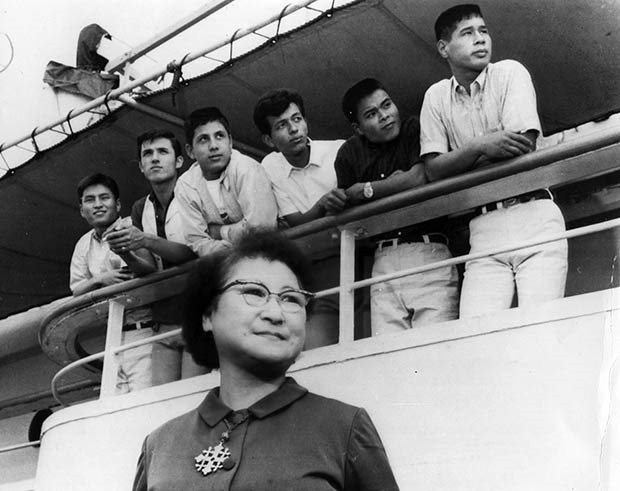 Mrs. Miki Sawada, granddaughter of the founder of Mitsubishi, with her now-grown “GI babies,” on the way to a new life in Brazil, stopped briefly in Los Angeles in 1965. They are the abandoned children of American soldiers and Japanese girls, shunned in Japan because of their mixed race. 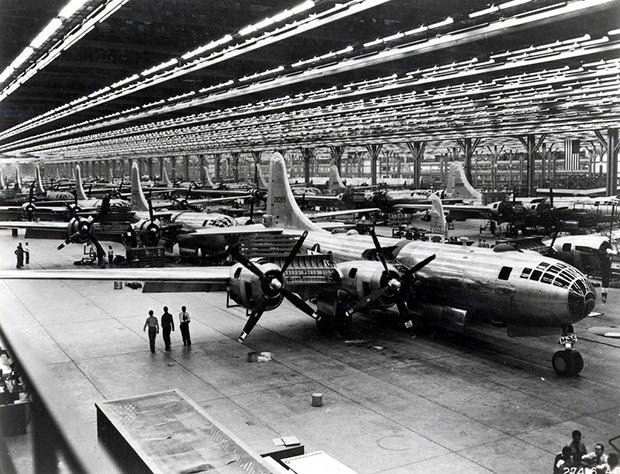 Boeing-Wichita B-29 Assembly Line, 1944. This factory floor and structure in Wichita, Kansas is still utilized today at Spirit AeroSystems (Boeing divested this site in 2005) for the manufacturing of the 737, 747, 767, & 777 fuselage. 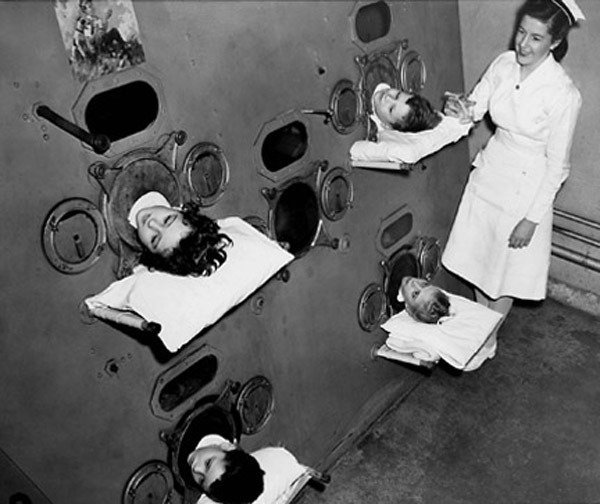 Children in an iron lung before the advent of the polio vaccination. Many children lived for months in these machines, though not all survived. 1937. 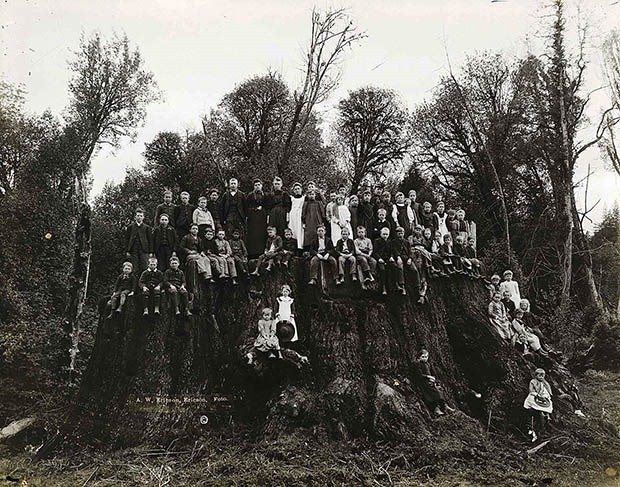 People pose on the Fieldbrook stump, probably the largest redwood tree in the world, Humboldt County, California, 1890’s. It was cut down to satisfy a drunken bet about making a table big enough to seat 40 guests from a single slice of tree-trunk. 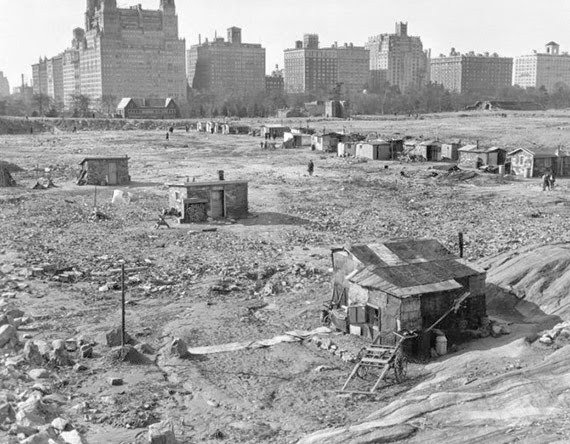 Central Park in the 1930.  A “Hooverville” is the popular name for shanty towns built by homeless people during the Great Depression. They were named after Herbert Hoover, who was President of the United States during the onset of the Depression and widely blamed for it. Scores of homeless families camped out at the Great Lawn at Central Park, then an empty reservoir. The Shanty down disappeared sometime before April 1933 when work on the reservoir landfill resumed. 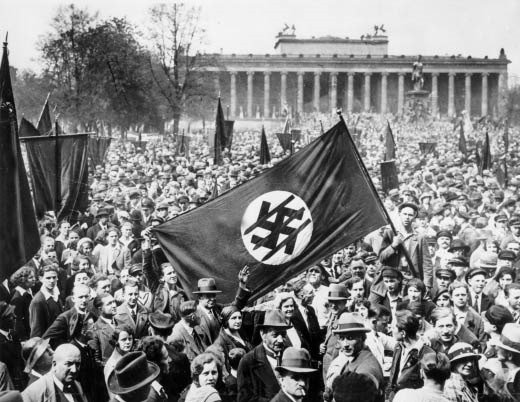 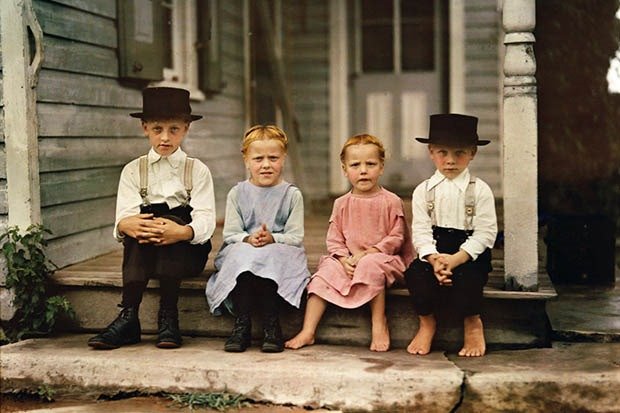 Motorcycle Chariot in New South Wales by Australian police in 1936.

January 14, 2016
Latest Posts
Subscribe to Blog via Email
Did you know?
Loading...
Facts of the Day
Registration is disabled.