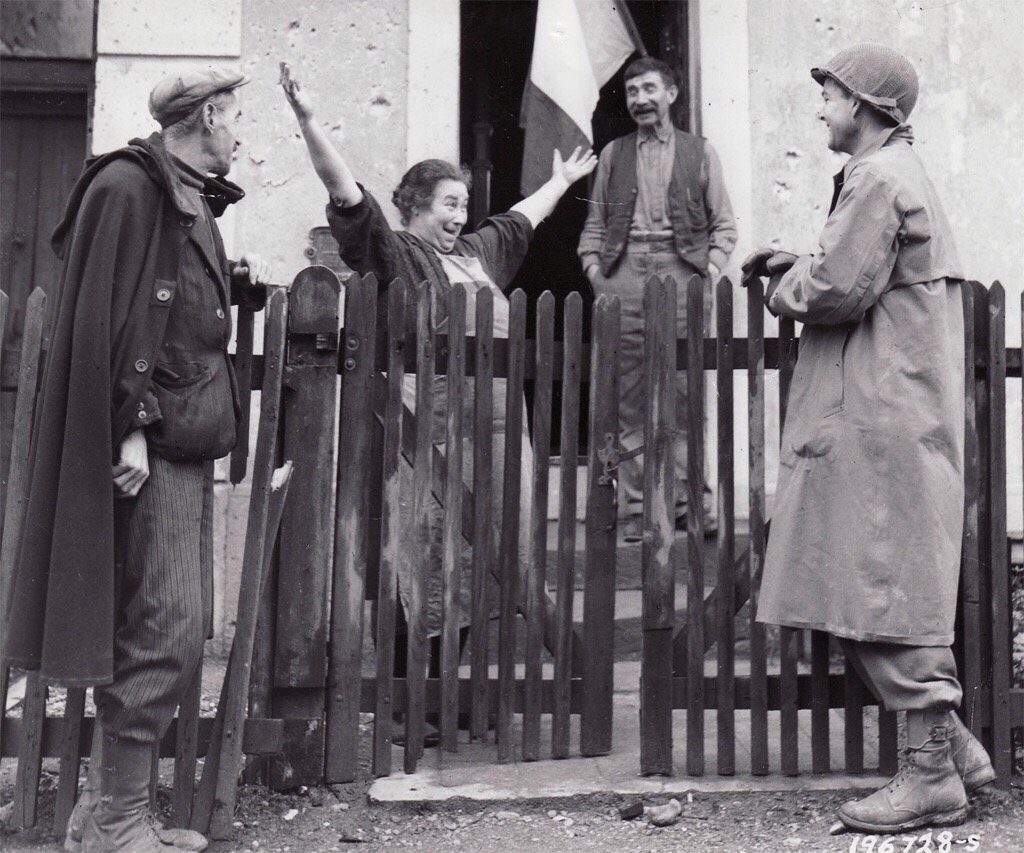 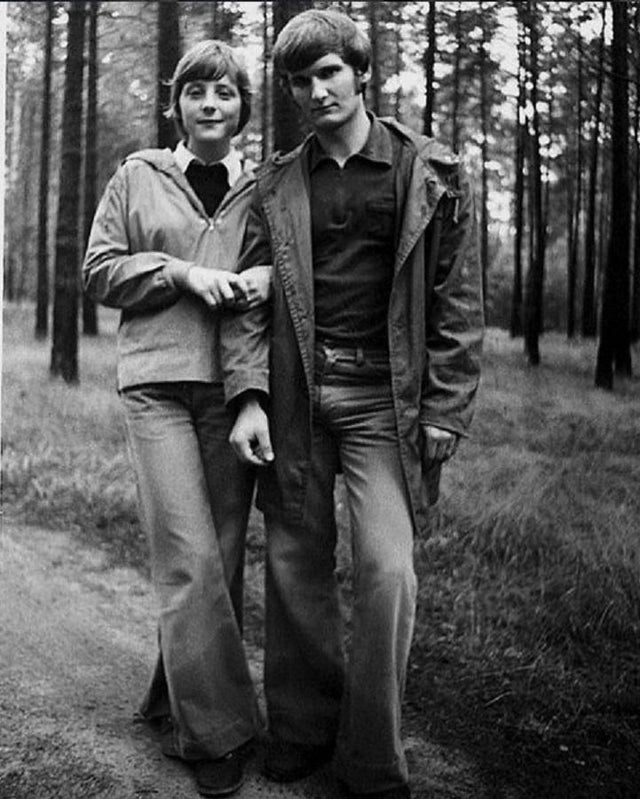 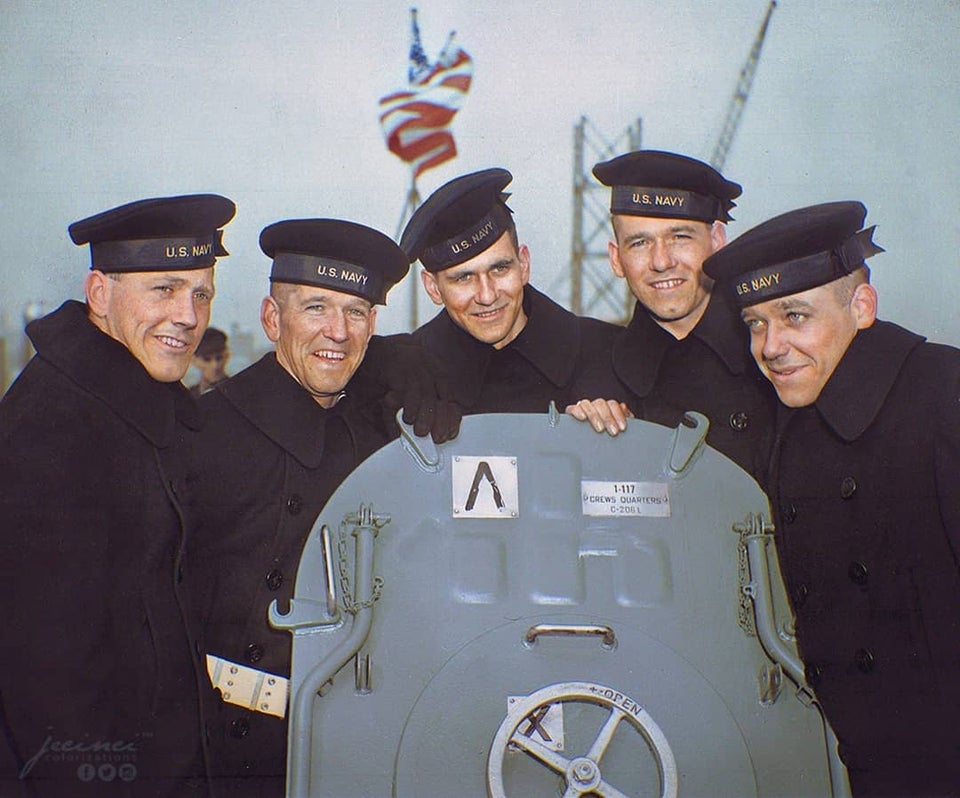 Tragically, all five brothers were killed in action when their ship was hit by torpedoes and sank on 13 November 1943. 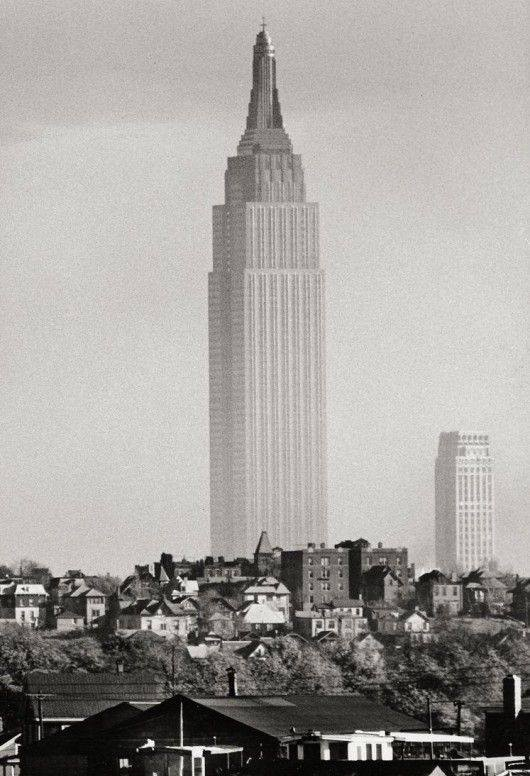 5. Mujahideen fighters atop a mountain in the Hindu Kush, Logar Province, Soviet-Afghan war, 1984. 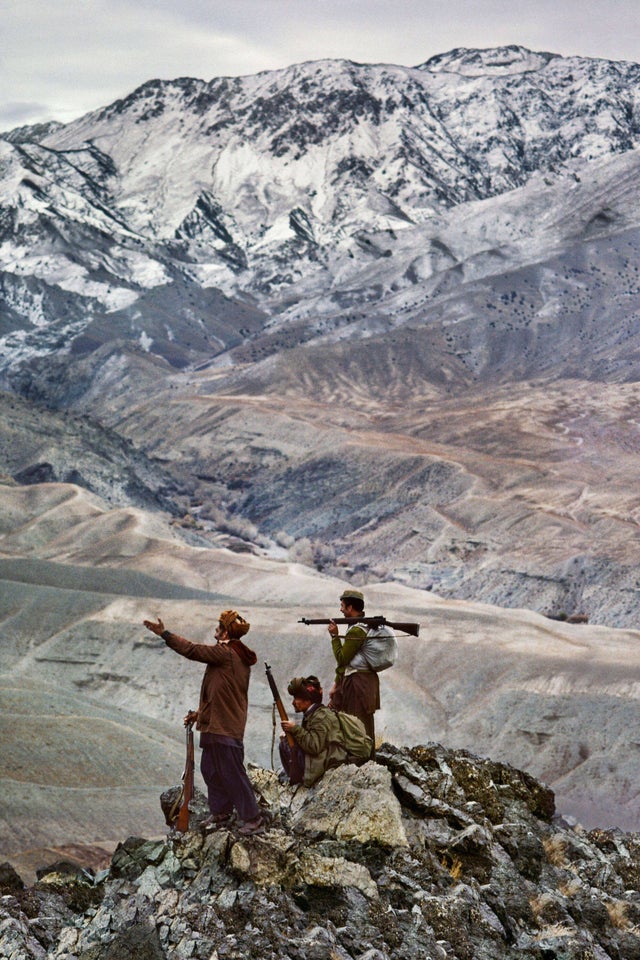 The photo was taken by Steve McCurry.

6. This horrific picture is part of a photo sequence taken by the automatic bomb strike camera of a B-17, 8 April 1945. 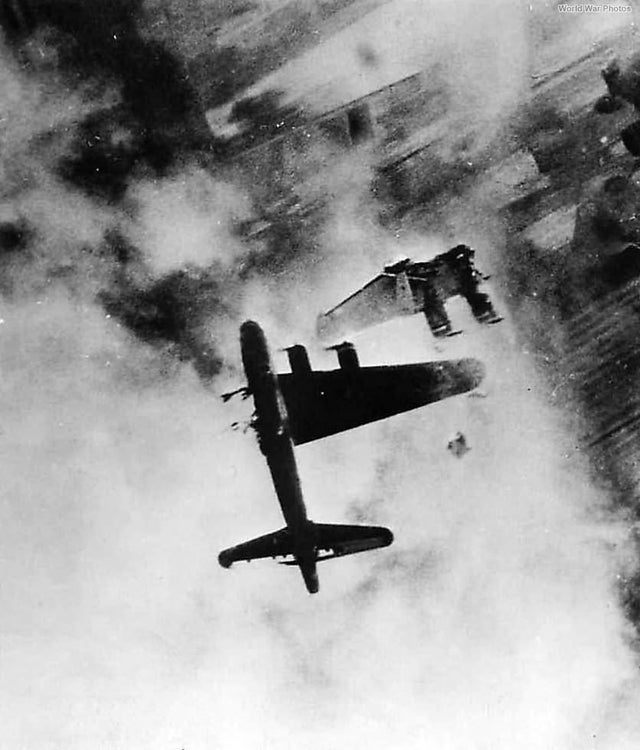 The photo sequence shows the final 18 seconds of B-17G 42 ‘Wee Willie’ over Stendal, Saxony, Anhalt, Germany, after it was hit by an 88 mm flak burst.

7. On the night of 19 October 1917, 11 German zeppelins slowly headed toward the English coast. 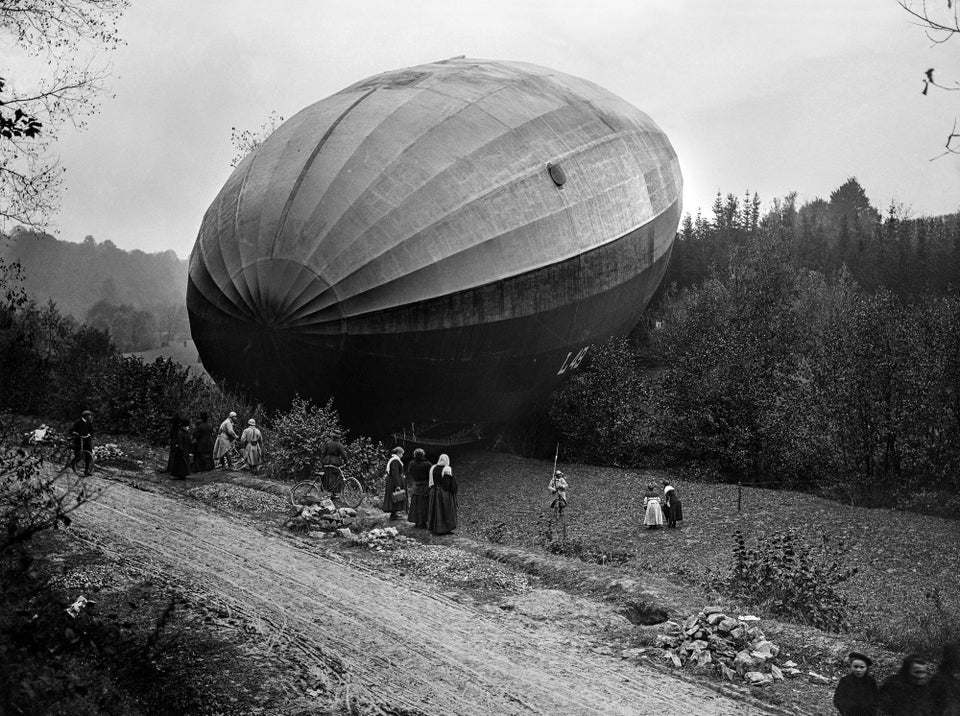 On their way back, unfortunately for them, strong headwinds and fog made a return almost impossible causing 8 out of the 11 to crash.

8. Finnish officer inspects a rifle caught from a Soviet sniper. 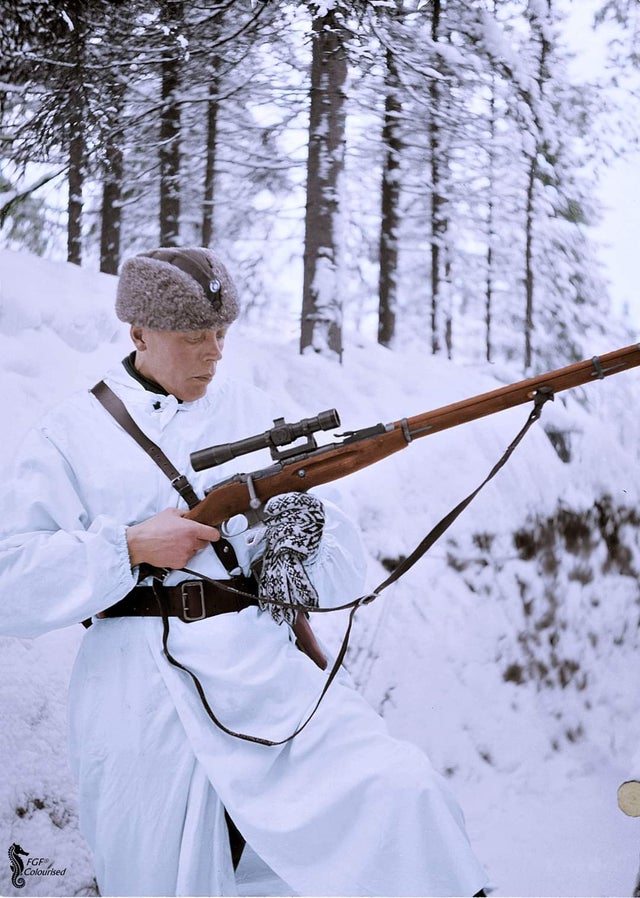 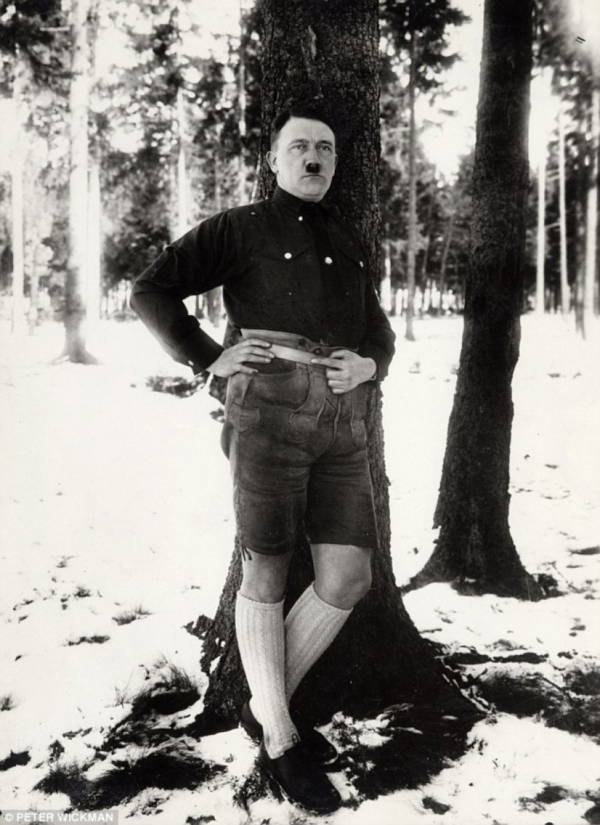 Hitler had this photo and several others banned because they undermined his dignity. The photos surfaced again after an Allied soldier found copies of them in a German house in 1945.

10. American soldiers capture a local man during the US invasion of the island of Grenada, October 1983. 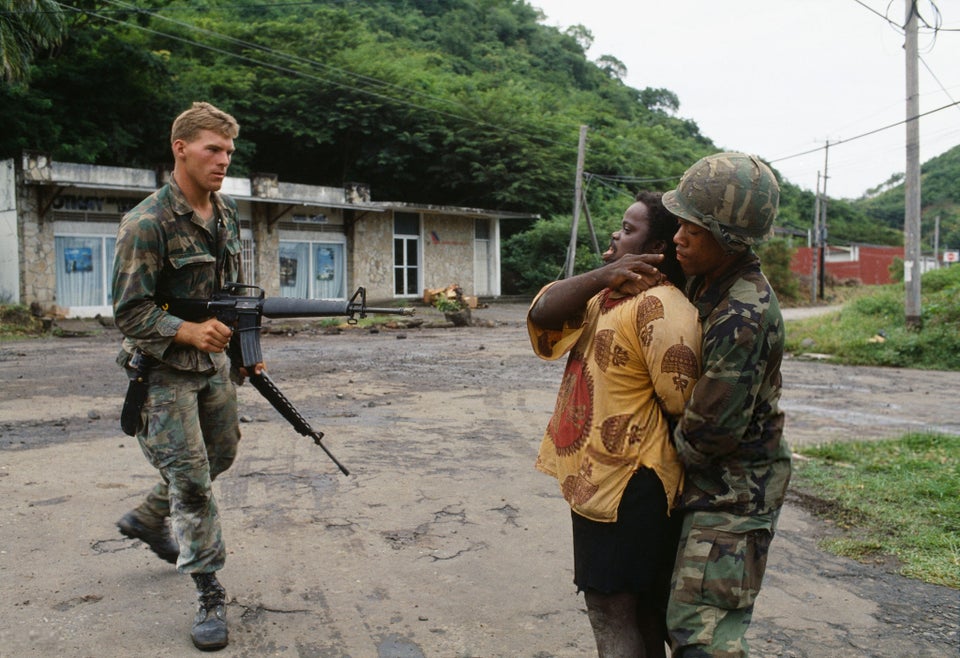