1. A Babushka keeps the ears of her grandson warm as he takes an Oath of Enlistment for the Russian army, Volgograd, 1994. 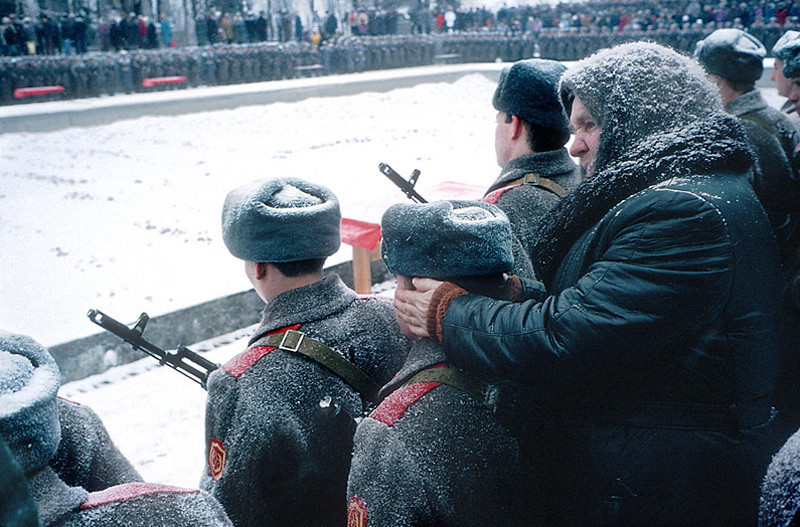 The photo was taken by Nikolai Ignatiev.

2. Red Army infantry marching through the main street of Kyiv, Ukraine, following the liberation of the city from German forces, 1943. 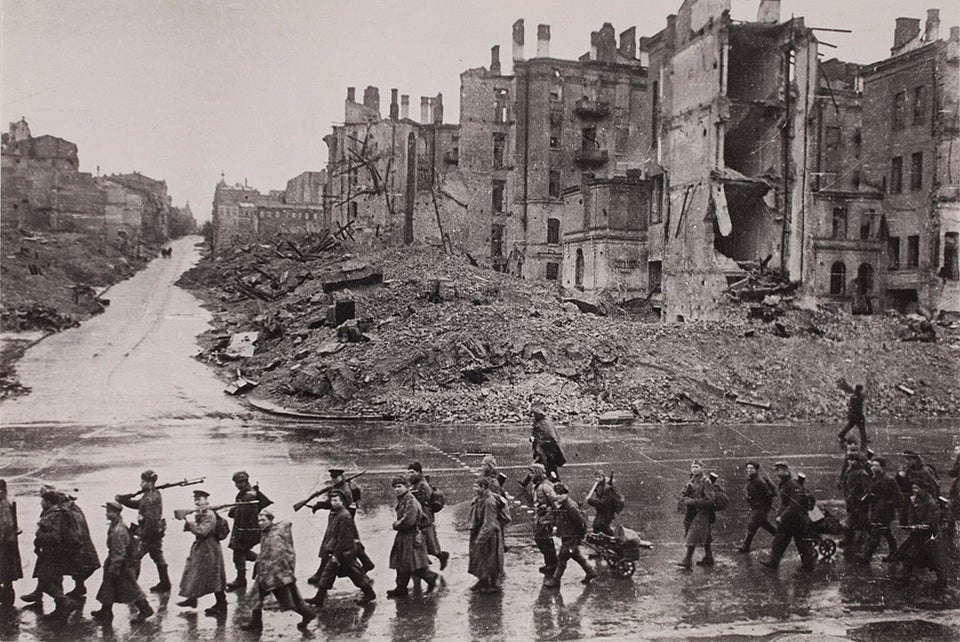 3. American deserters being publicly humiliated in Florent, France on 5 November 1918. 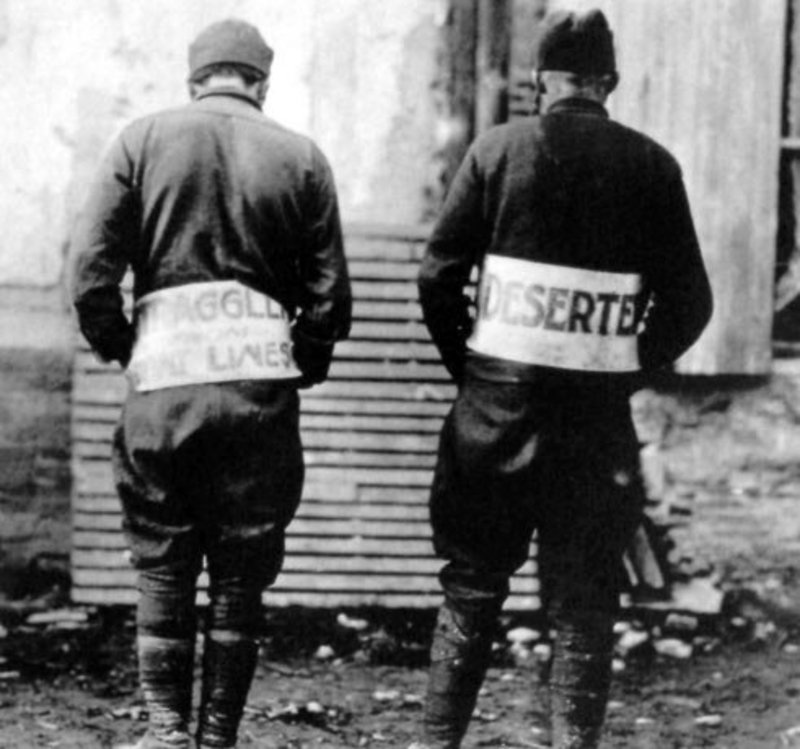 During WWI, 2,657 U.S. servicemen were convicted of desertion, with 24 being sentenced to death; all of the condemned were instead commuted to prison terms by President Woodrow Wilson. 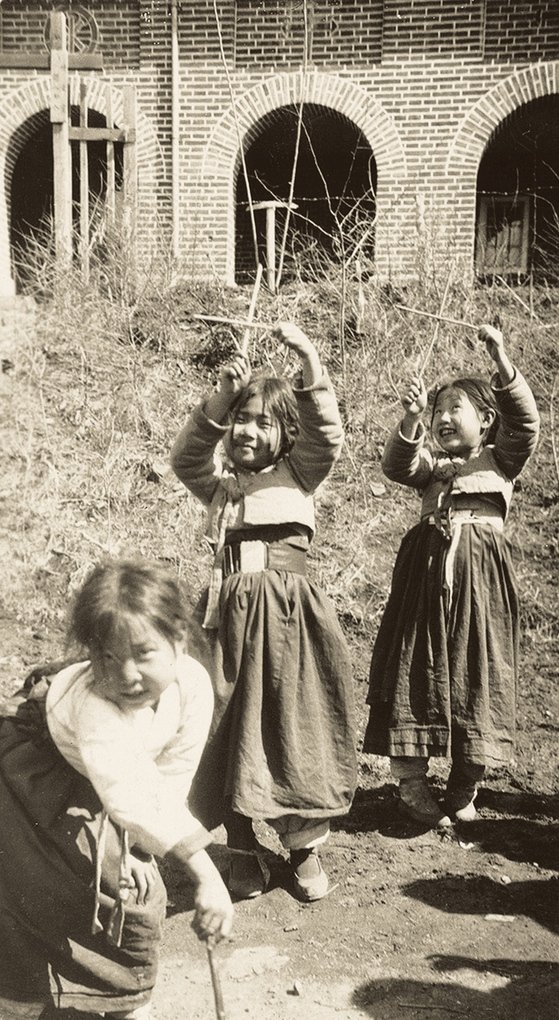 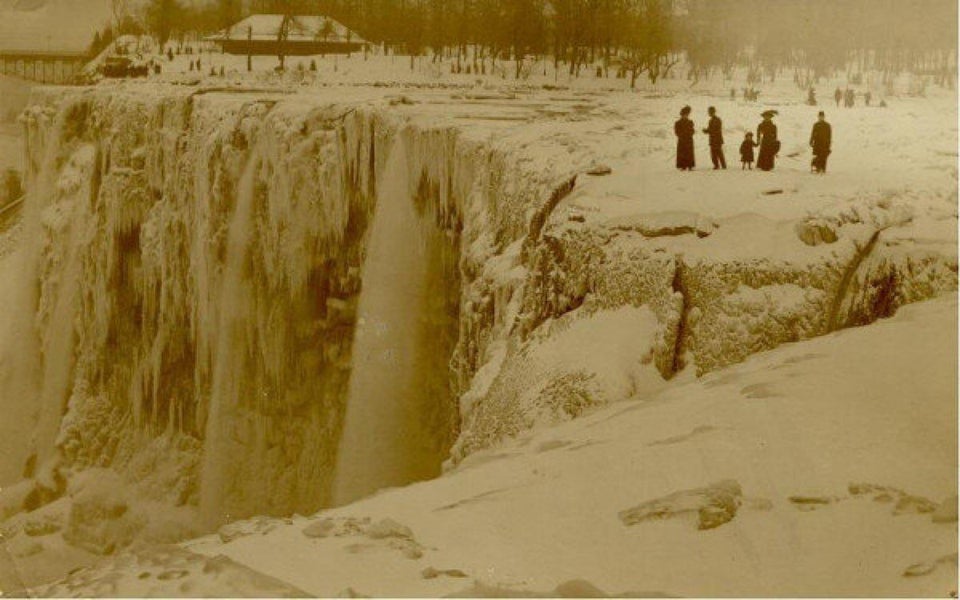 6. Soldiers of the Mackenzie-Papineau Battalion of the XV International Brigade hold up their banner. 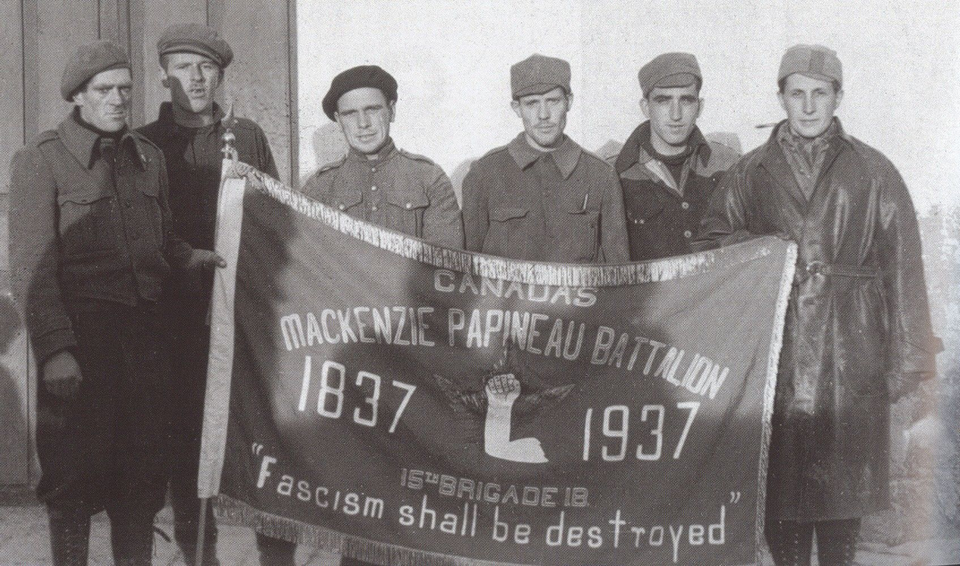 They were Canadian volunteers who fought for the Second Spanish Republic, Spanish civil war. The photo was taken in 1937-1938. 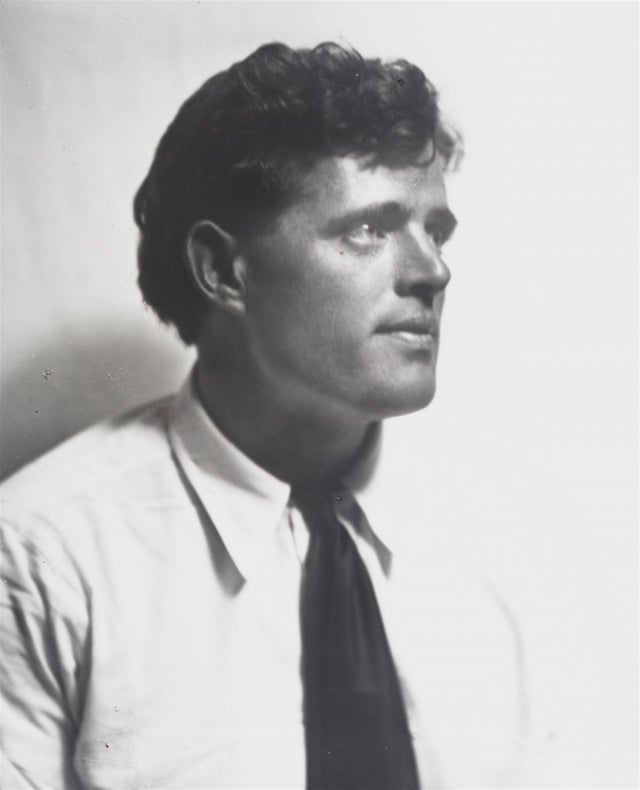 The photo was taken by Arnold Genthe.

8. A propaganda poster showing Hitler feeding squirrels: “The Führer loves animals before anything else!”. 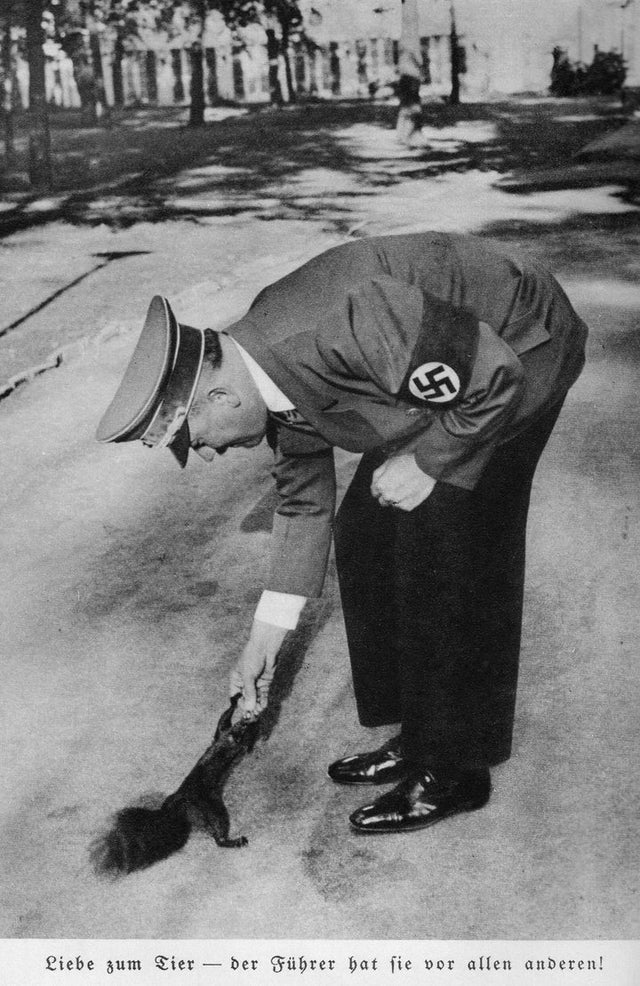 9. Elizabeth being crowned and enthroned at her coronation, 1953. 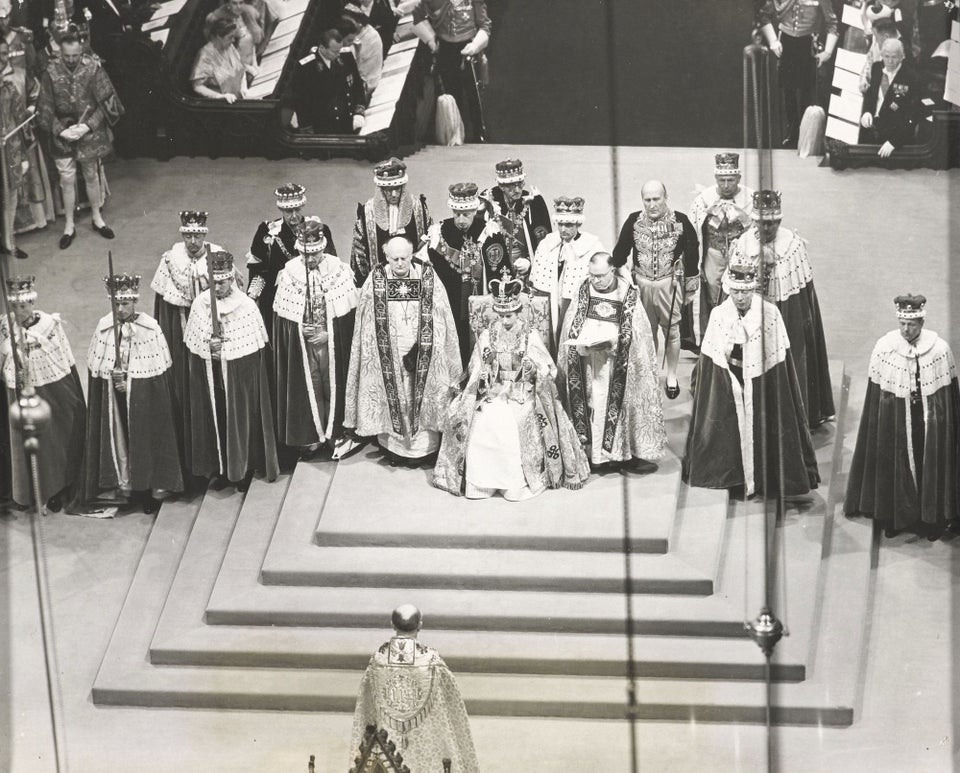 10. The coffin of the unknown warrior lies in state in Westminster Abbey, London, 1920. 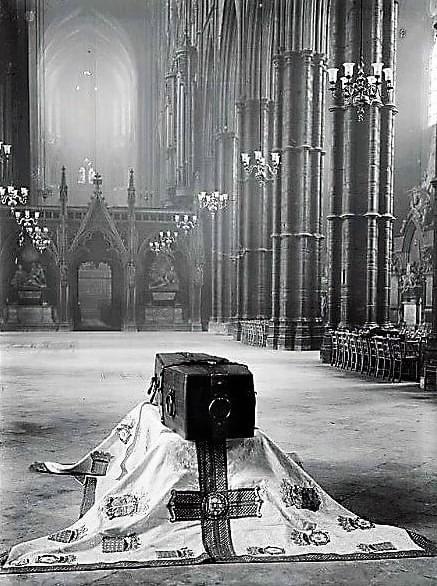