11. Traders on the floor of the New York Stock Exchange watch monitors for transactions on Black Monday, 1987. 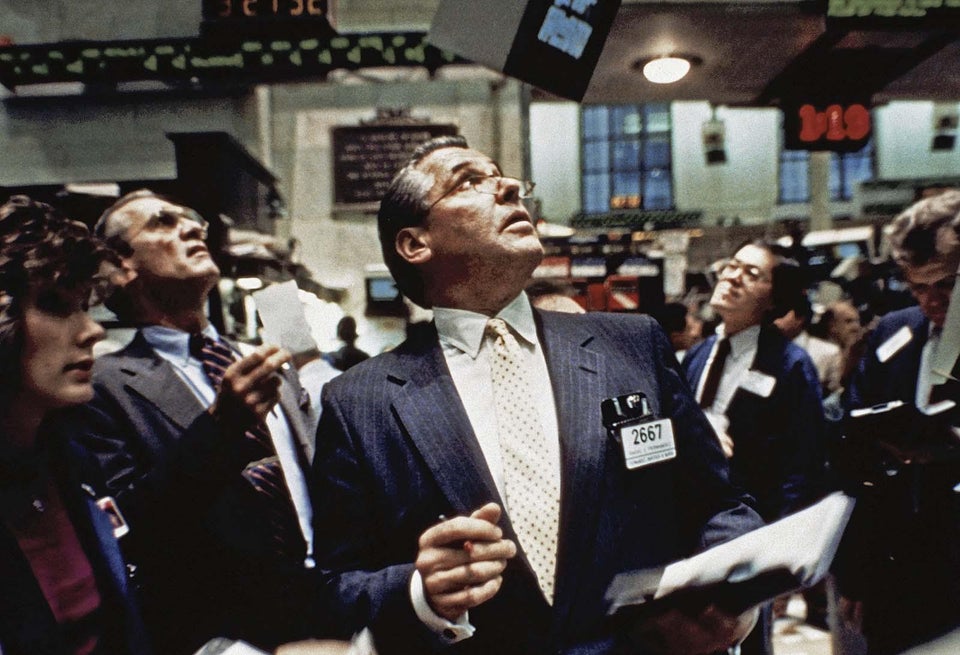 12. Some 150 Amish men and boys work together to build a barn in a day for a neighbor who lost his in a fire, Mascot, Pennsylvania, 1964. 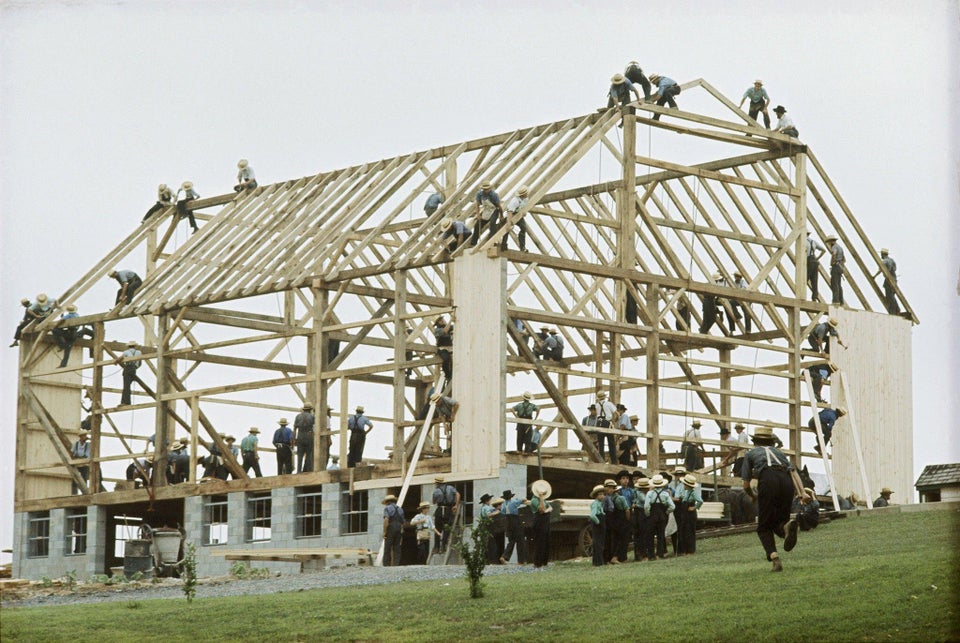 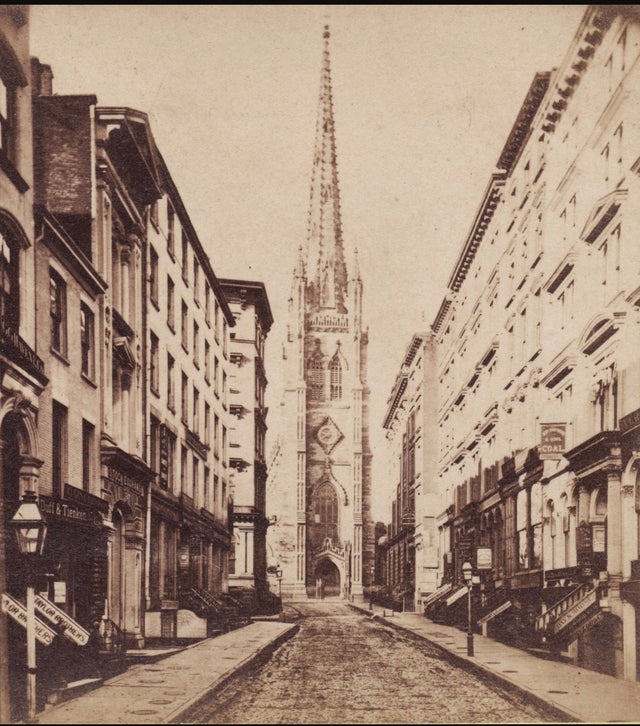 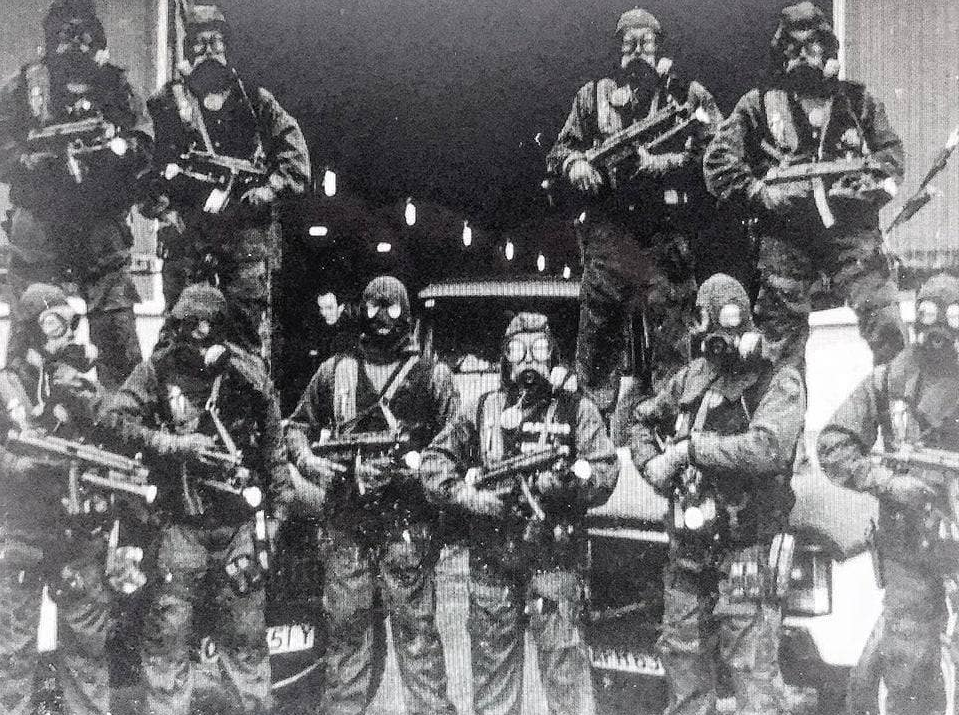 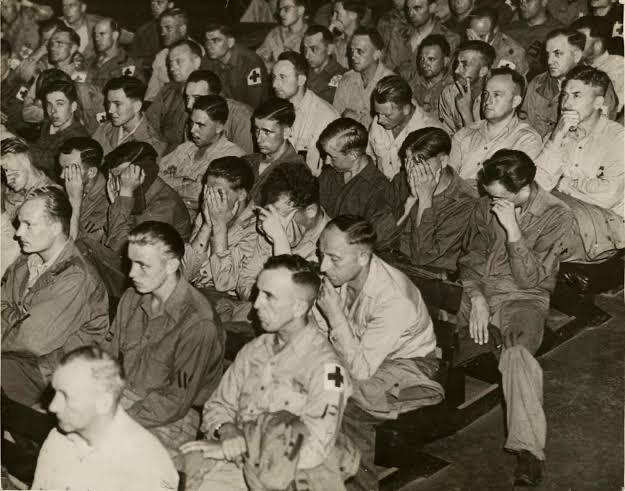 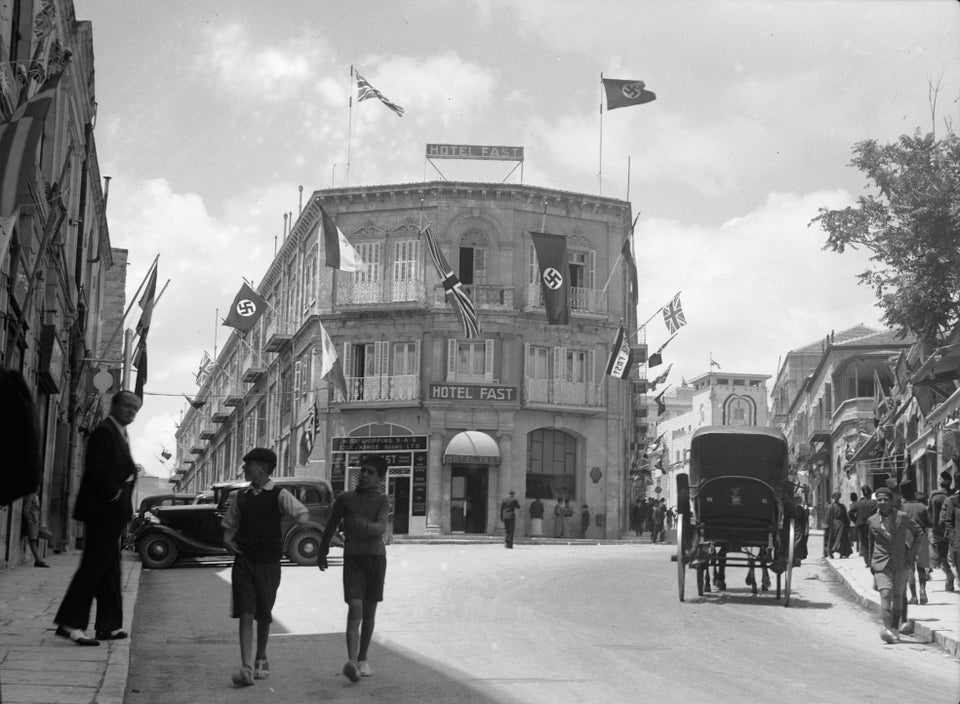 17. Two leaders of the Finnish criminal gang Isoo-Joukko in chains, 1869. 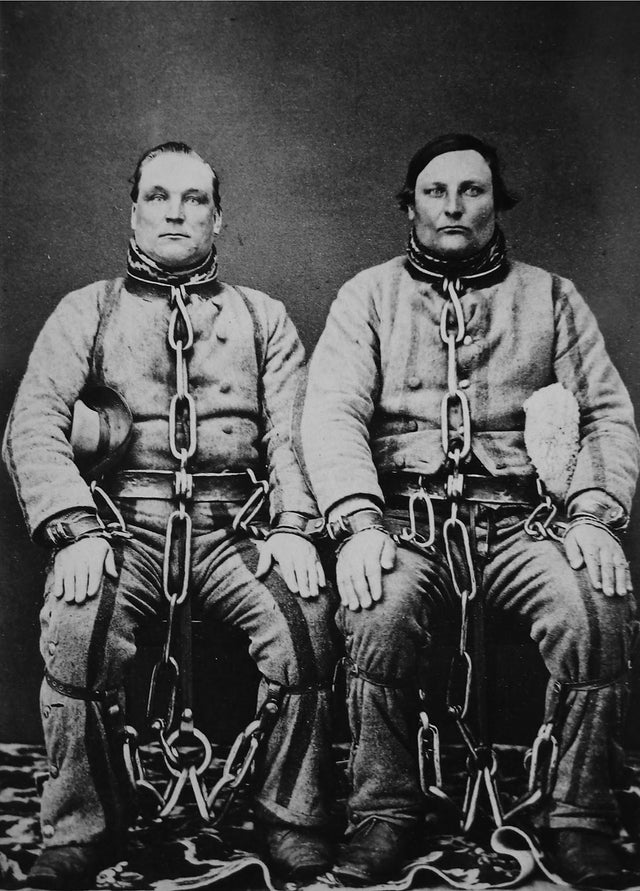 18. Workers in the Tifton cotton mills. 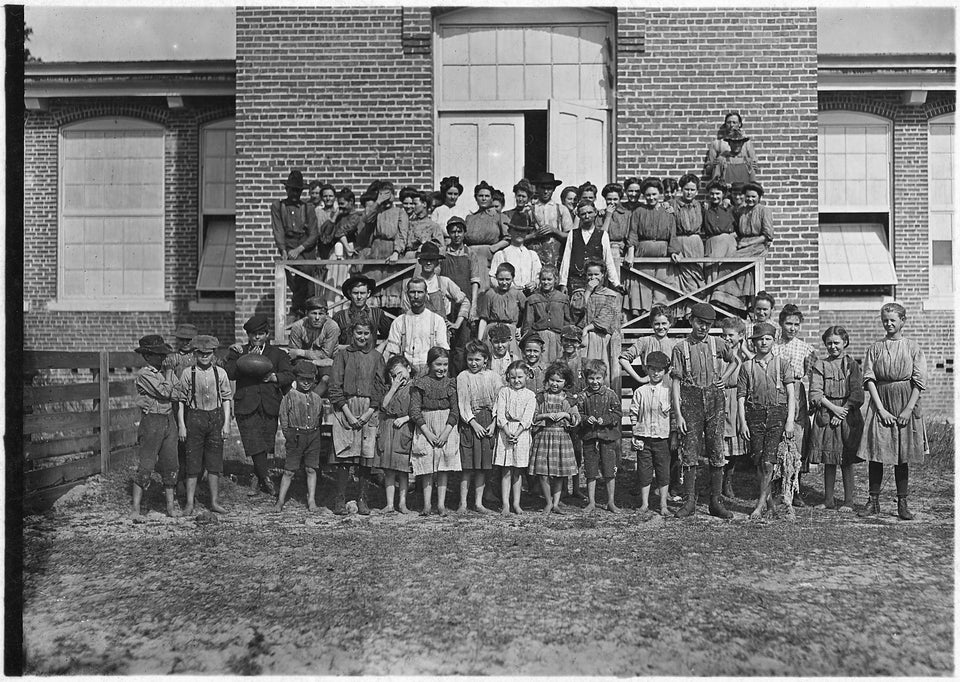 All these children were working, 125 workers in all, Tifton, Georgia, January 1909.  The photo was taken by Lewis Hine.

19. A German girl is overcome with emotion as she walks past the exhumed bodies of some of the 800 slave workers murdered by SS guards at Nammering, Germany, and laid here so that townspeople may view the work of their Nazi leaders, 17 May 1945. 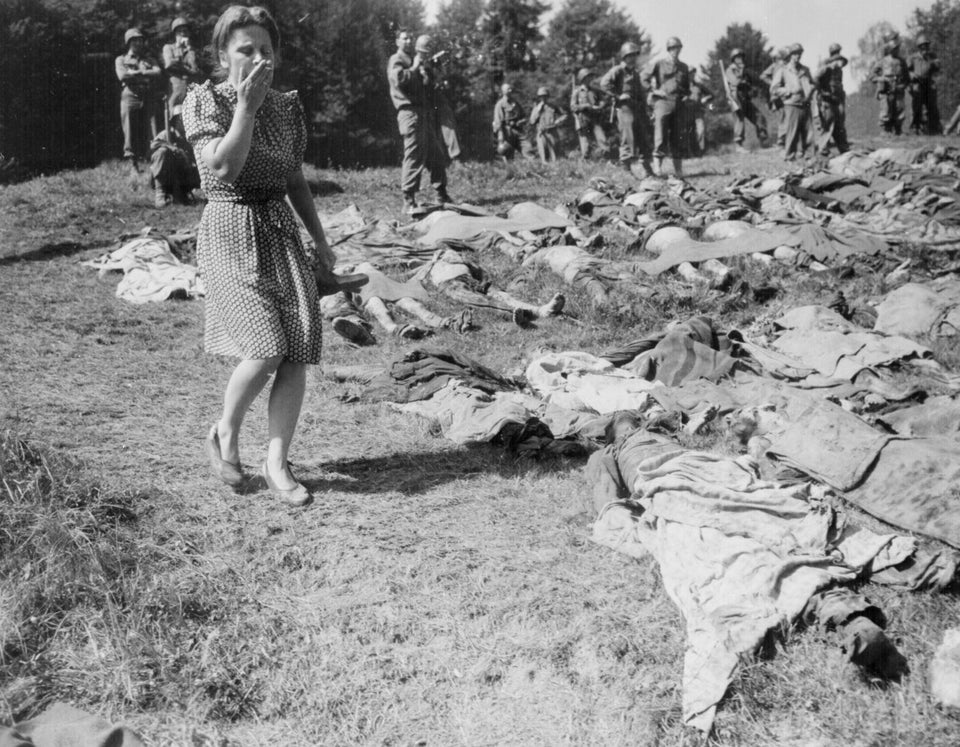 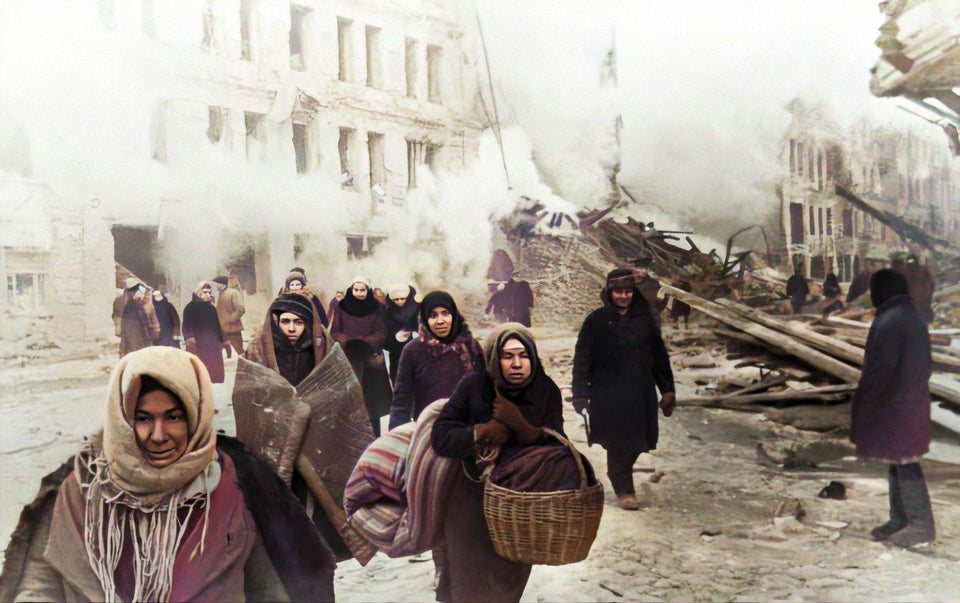