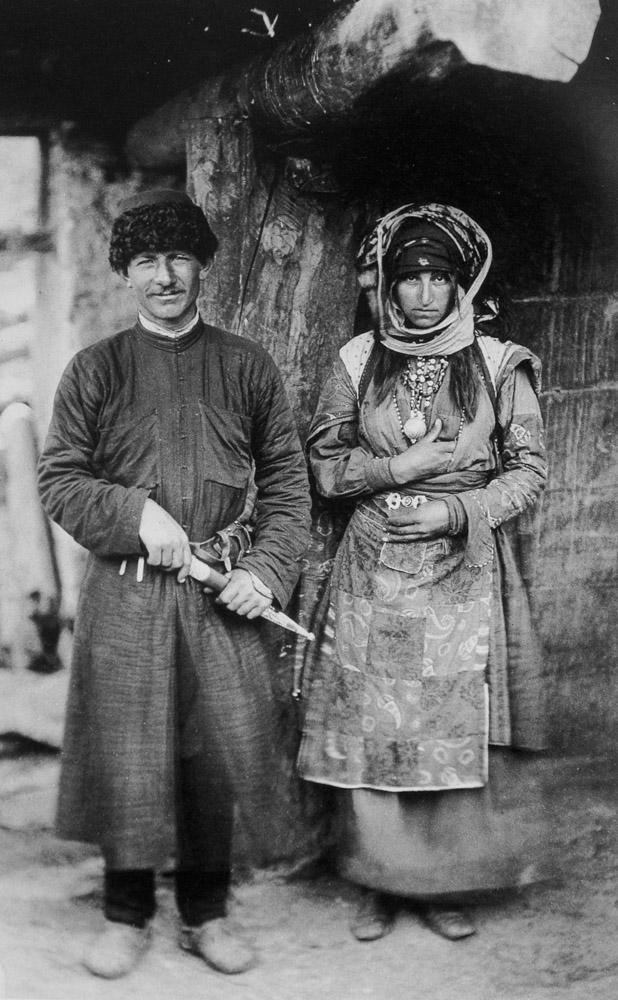 12. The London sky after a bombing and dogfight between British and German planes in 1940. 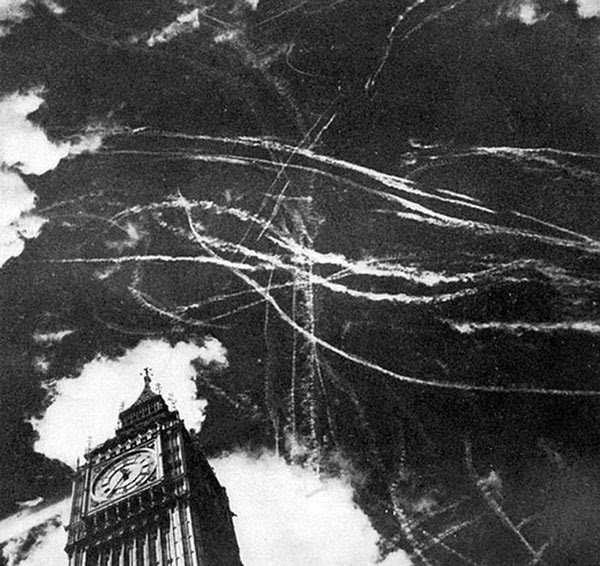 13. A young boy greets his father, a soldier allowed to return home for Christmas, 1944. 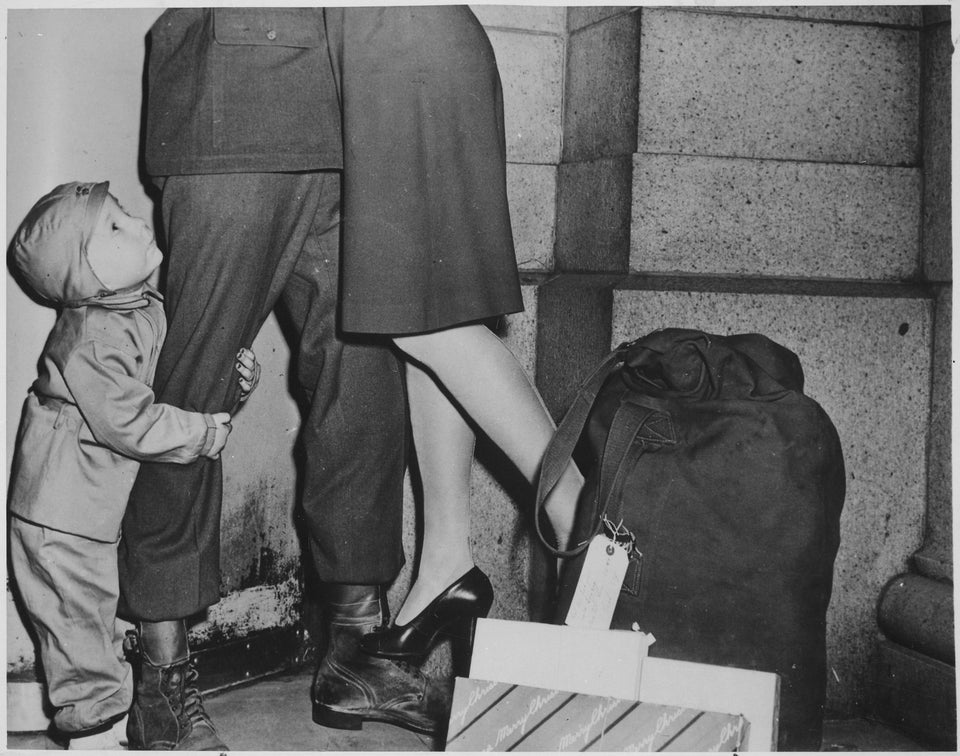 14. A group of camels against a backdrop of burning oil fields sabotaged by Iraqi troops, Gulf War, Kuwait, 1991. 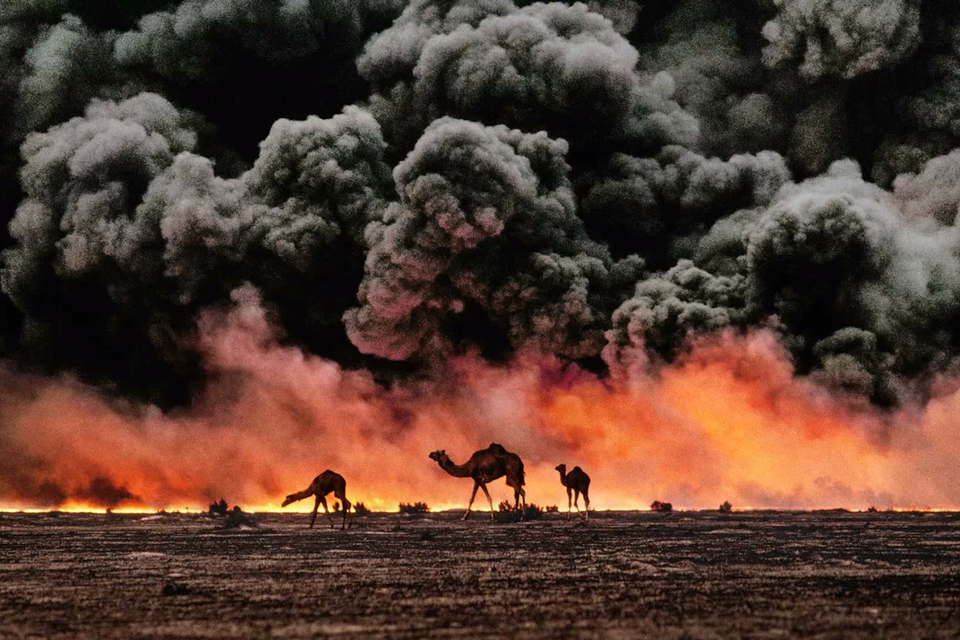 The photo was taken by McCurry.

15. Photograph of an elderly disabled WWII vet and his wife, selling pecans on their front porch, Texas, 1982. 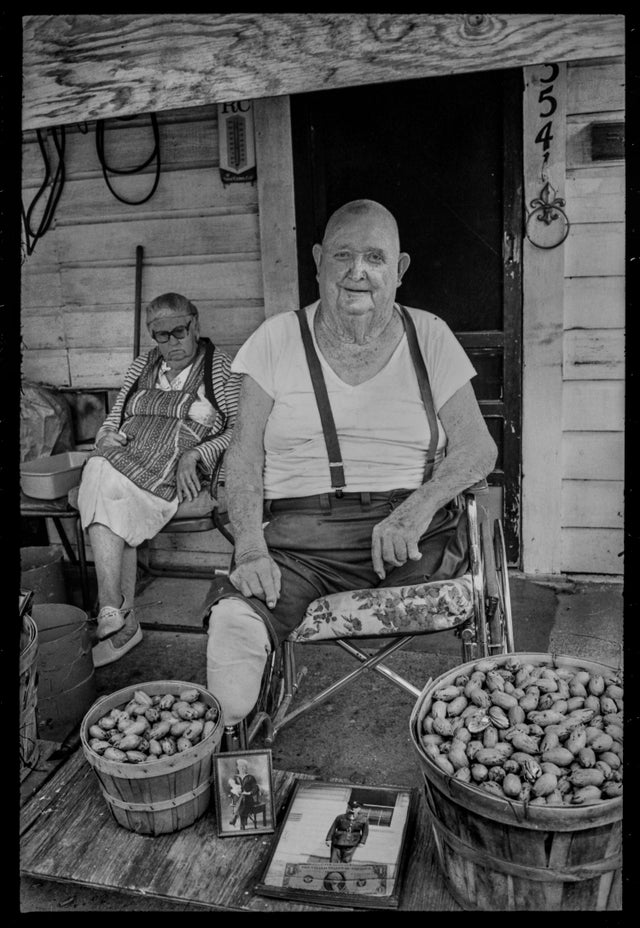 The photo was taken by Byrd M. Williams IV. 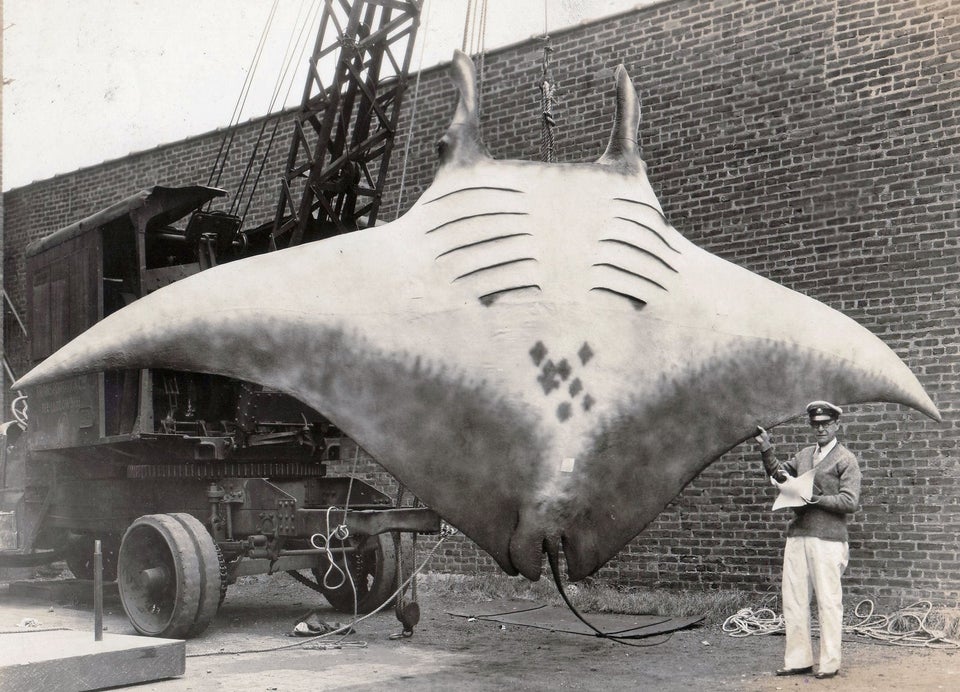 18. Soldiers departing for Egypt from Feltham Station, London lean out of their windows to kiss their loved ones goodbye, 1935. 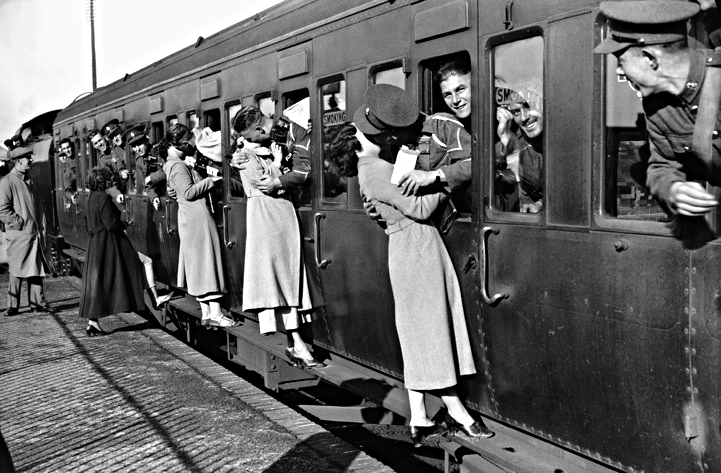 19. The sofa where Hitler and Eva Braun killed themselves, USSR War correspondents examining the arm of sofa stained with blood while one of them uses a candle to search the floor for evidence of suicide in Adolf Hitler’s underground shelter, 1945. 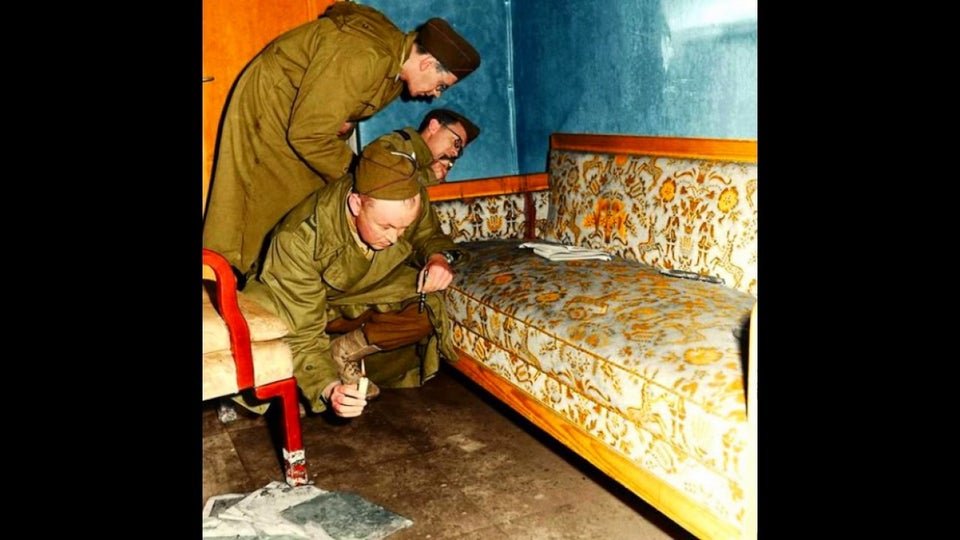 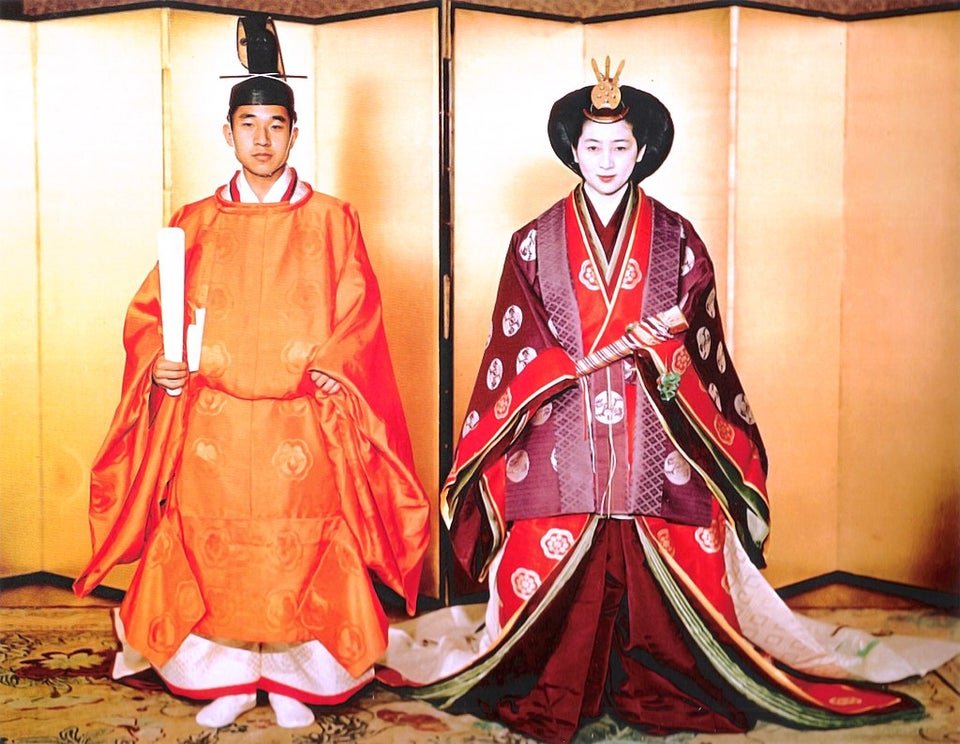 The prince and princess are wearing the traditional attires of Sokutai and Jūnihitoe, 1958.