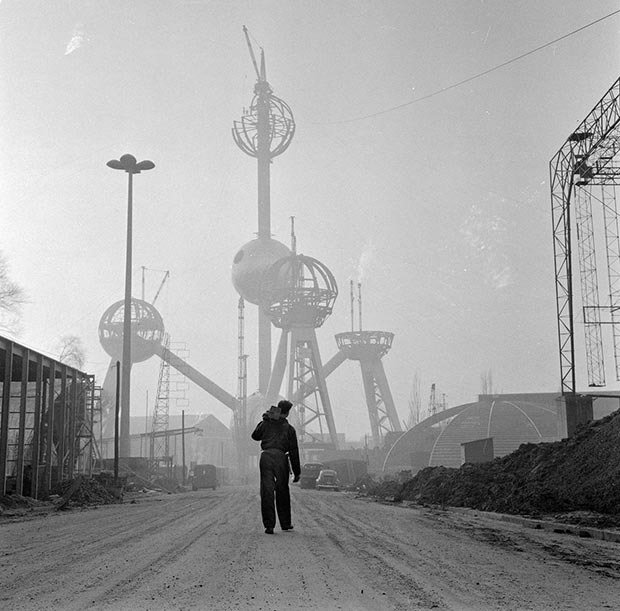 Building the Atomium for the World Expo in Brussels, Belgium. 1957. Here is the finished product. It’s a bit surreal but easily visible from a lot of Brussels. Did you know that Atomium’s wikipedia page only has a photo of a model because of absolutely retarded copyright claims by Belgian copyright collecting mafia, SABAM. 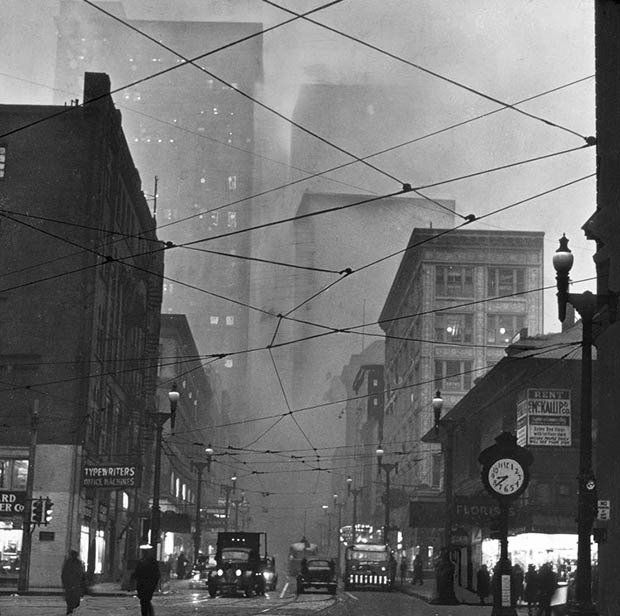 Air pollution in Pittsburgh, 1940. Here is the exact same intersection today. The Mellon Institute keeps the soot on one side of its columns to show what the city used to look like. 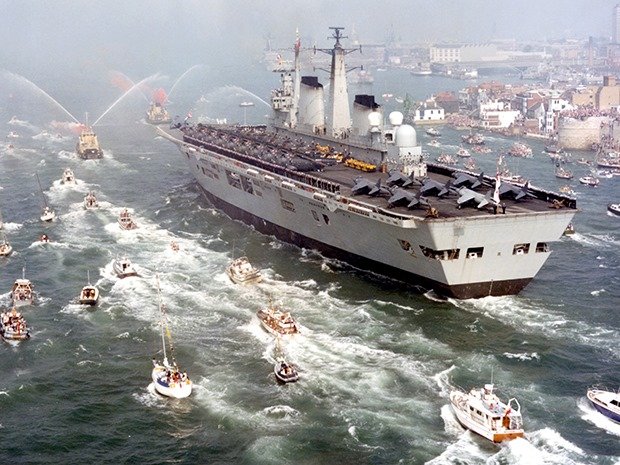 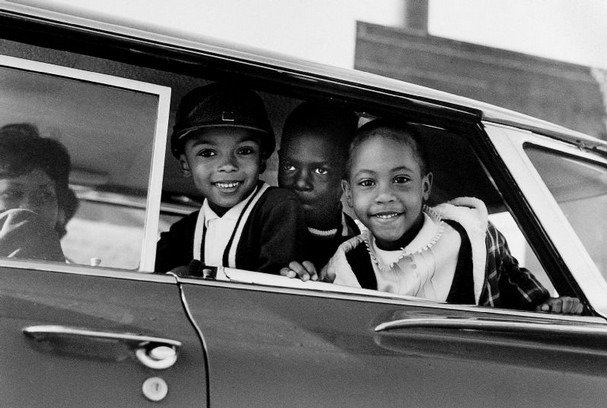 Three black first graders on their way to school on the first day of integration in Memphis (Oct. 3, 1961). On that day, 13 black students entered four of Memphis’ previously all-white schools, seven years after the Supreme Court ruled “separate but equal” unconstitutional.

05. Returning from a Fight 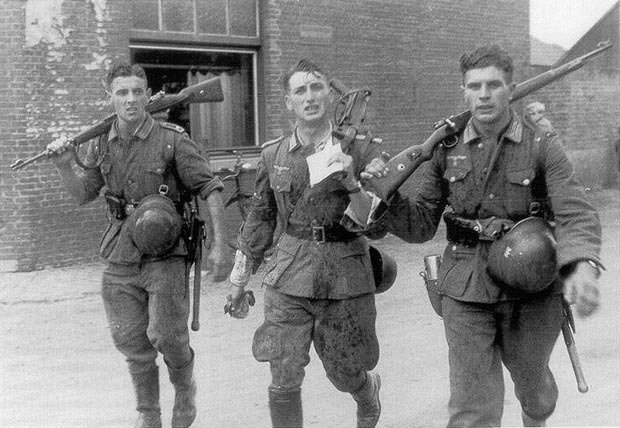 Three German soldiers returning from a recent fight. The officer in the middle has been wounded (note the blood stains and the very agitated look in their eyes). They don’t seem to like being photographed at this very moment. Definitely not a staged photograph. Location unknown. 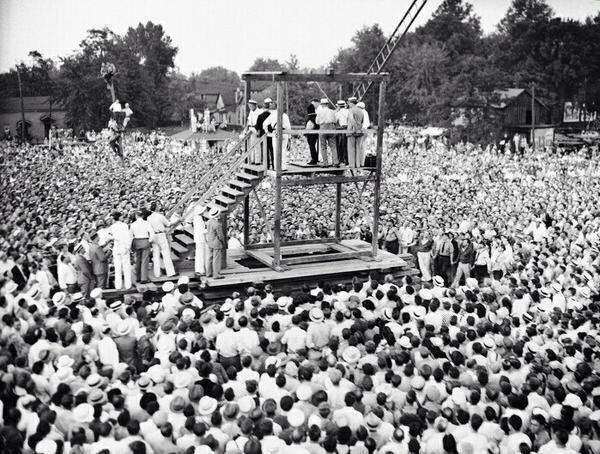 Last public execution in USA, 1936. Rainey Bethea, who was a black man, confessed to the rape and murder of a 70-year-old white woman named Lischia Edwards, and after being convicted of her rape, he was publicly hanged in Owensboro, Kentucky. Mistakes in performing the hanging and the surrounding media circus contributed to the end of public executions in the United States. 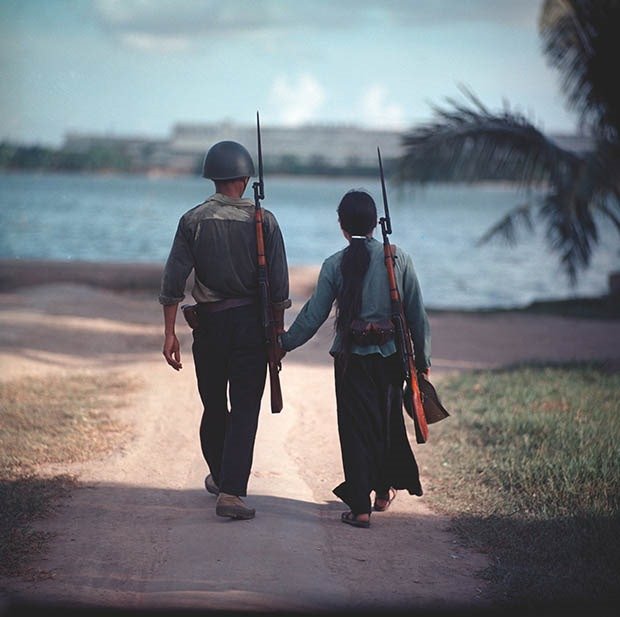 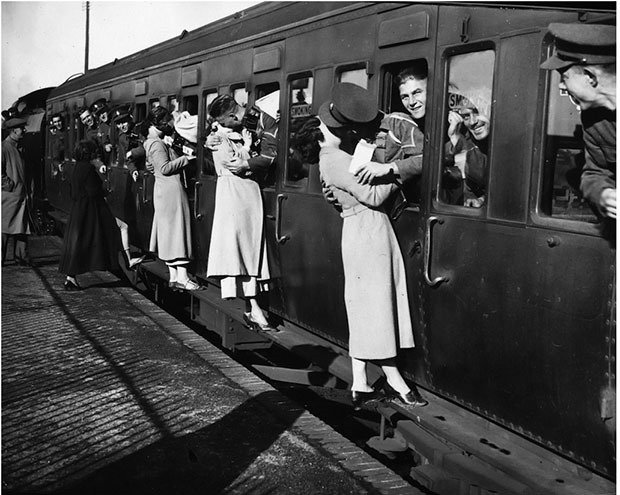 Soldiers kissing their sweethearts goodbye as troops leave for Egypt from Feltham Station, London, September 1935. The soldiers were probably going to Egypt to defend it against a possible invasion by a fascist Italy, under Mussolini. By 1935 Italy had already invaded large parts of North Africa including Libya. In 1935 Italy invaded Ethiopia. 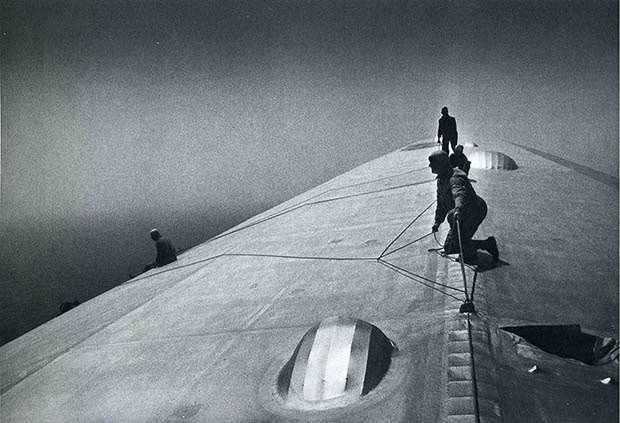 Maintenance crewmen repairing the Graf Zeppelin in mid-air over the South Atlantic after it was damaged during a storm. By Alfred Eisenstaedt, 1934. 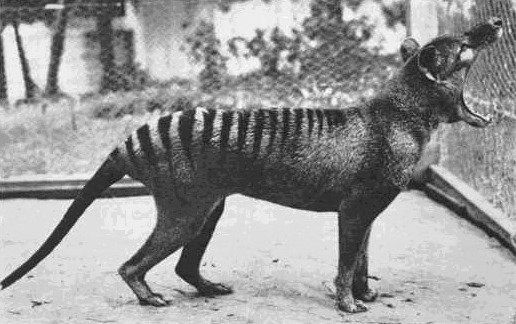 Benjamin, the last Tasmanian Tiger, at Beaumaris Zoo in 1933. Despite looking and acting like a dog (with a big mouth), its most recent common ancestor with a modern dog is 160 million years ago. That ancestor is believed to be a kind of opossum. In that 160 million years they evolved in parallel with completely different reproductive methodology but otherwise remarkably similar characteristics, because they had the same evolutionary pressures. 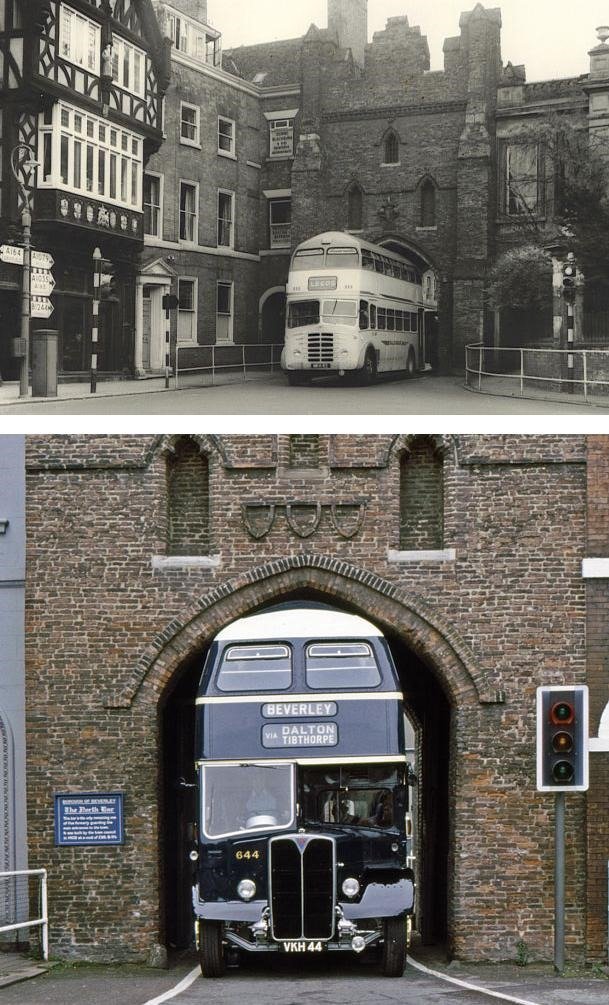 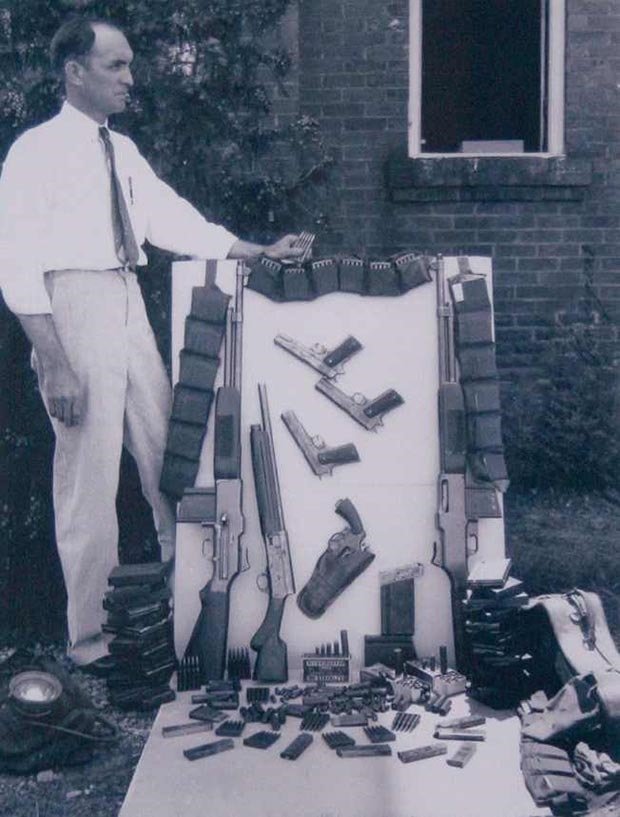 Part of the arsenal of weapons and ammo discovered in the “death car” of Bonnie Parker and Clyde Barrow on May 23, 1934. There were more weapons not shown here. Here is another photo of the weapons as they were pulled out of the car, and before they were arranged and sorted.

28 Images of The Largest Machine in the World