1. Civil rights activist James Meredith, who defied segregation to become the first African-American student enrolled at the University of Mississippi, pulls himself across Highway 51 after being shot in Hernando, Mississippi, 6 June 1966. 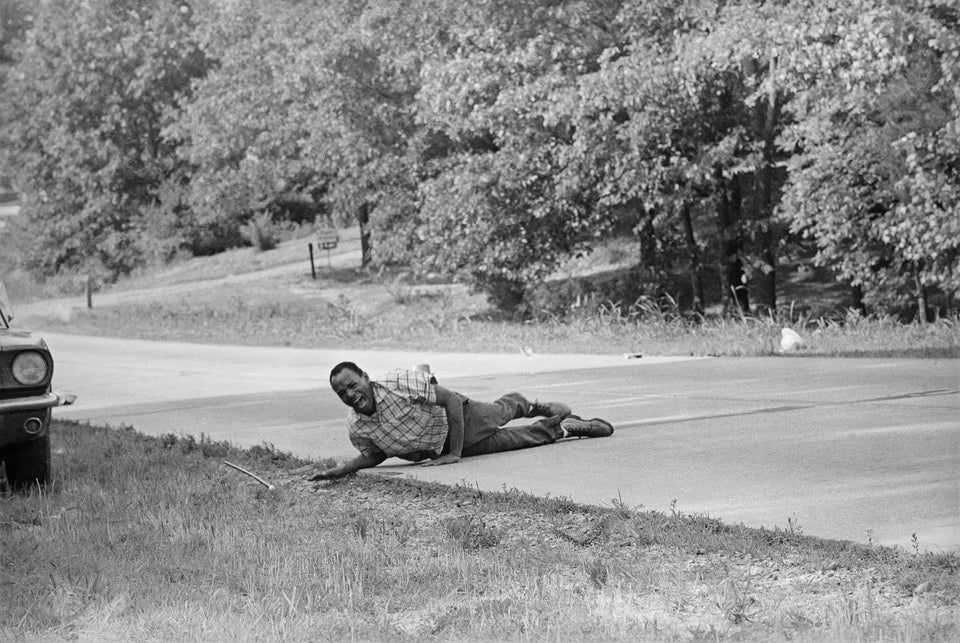 2. Jewish refugees arrive in Palestine with a banner proclaiming: “The Germans destroyed our families and homes – don’t you destroy our hopes”. 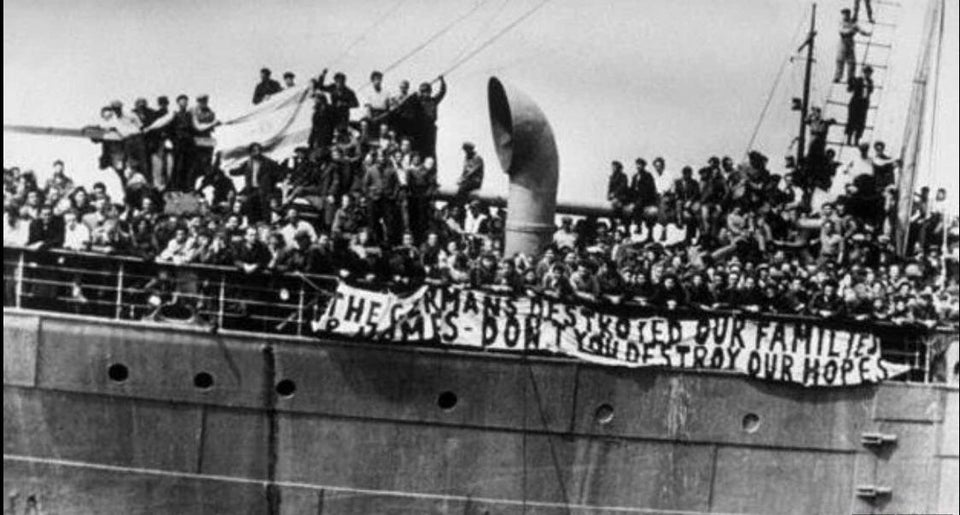 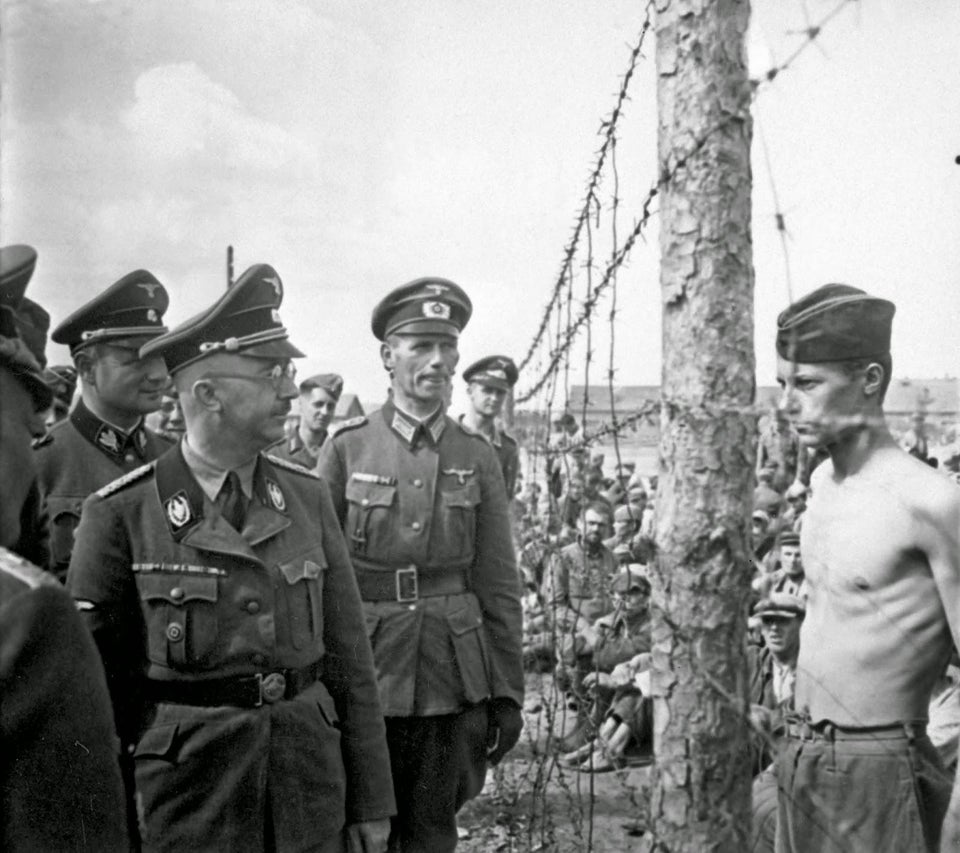 4. Young boys play baseball on Chicago’s South Side in the late 1940s. 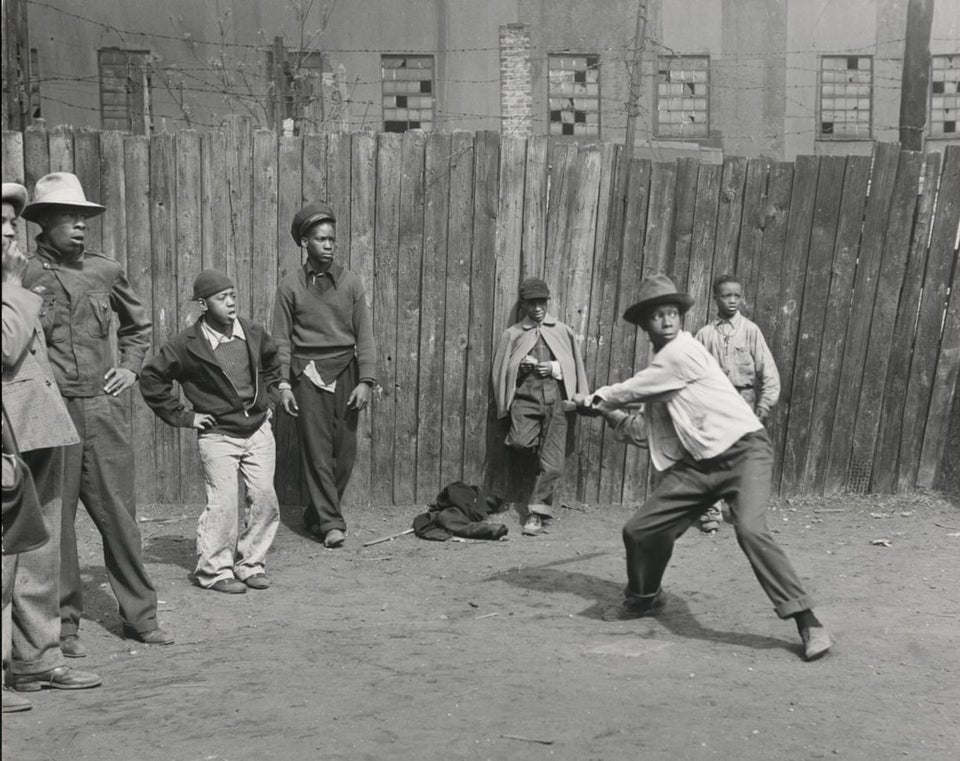 5. Jubilant crowds in New York celebrating the victory of the allied forces, 1918. 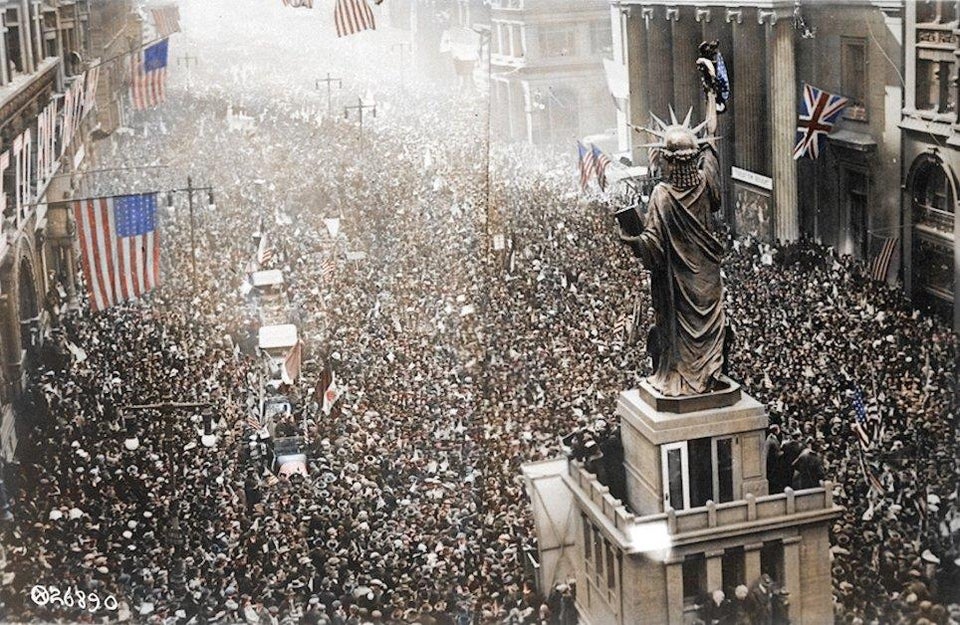 6. A German World War II prisoner is released by the Soviet Union and reunited with his 12-year-old daughter, who has not seen him since infancy, 1956. 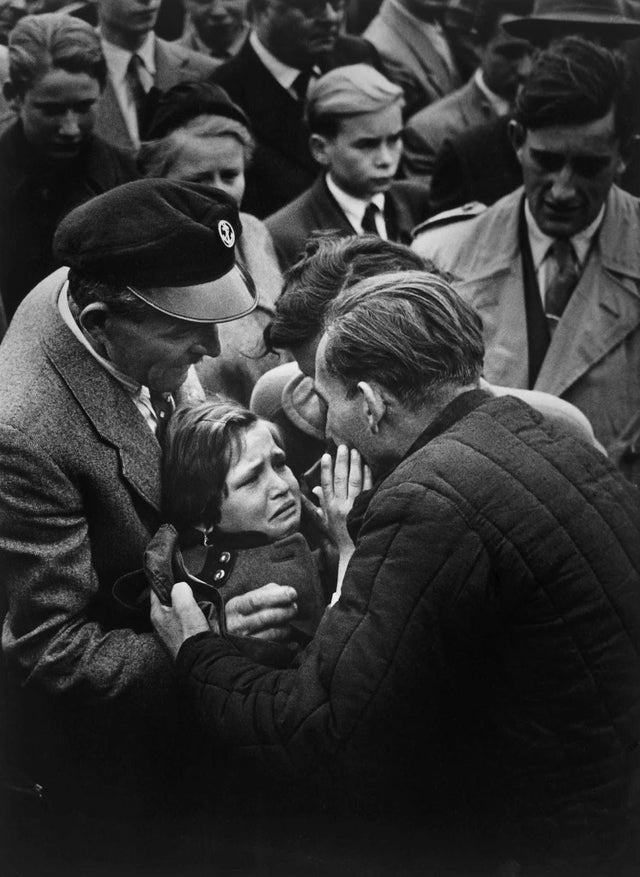 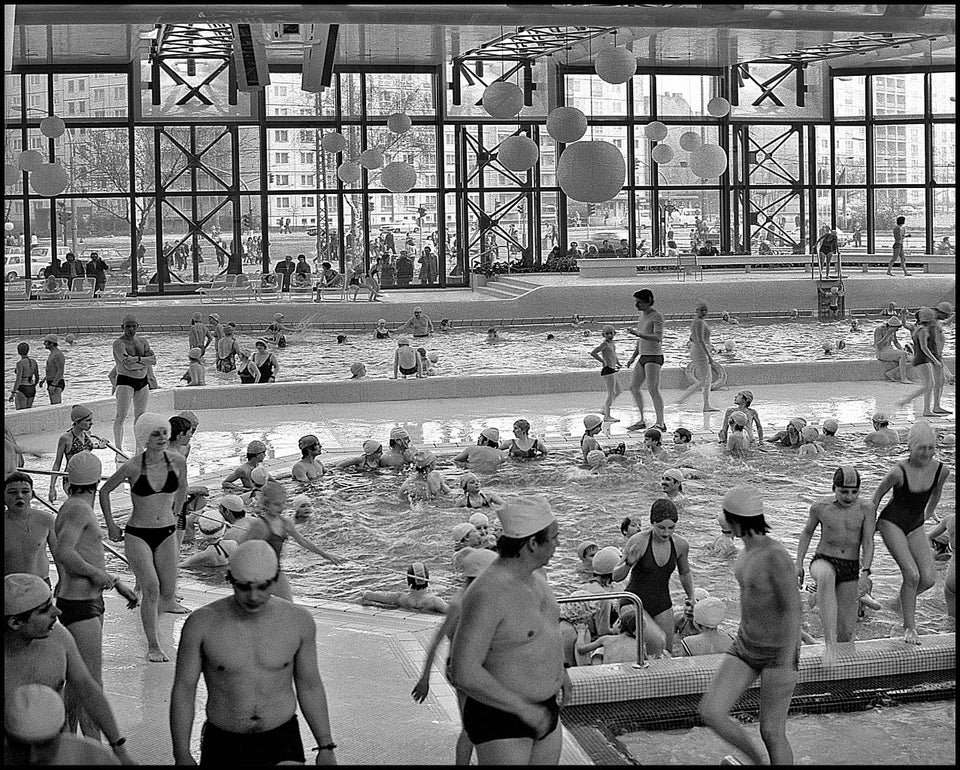 8. A survivor (far right) flees the collapsing structure of the airship Hindenburg, New Jersey, 8 May 1937. 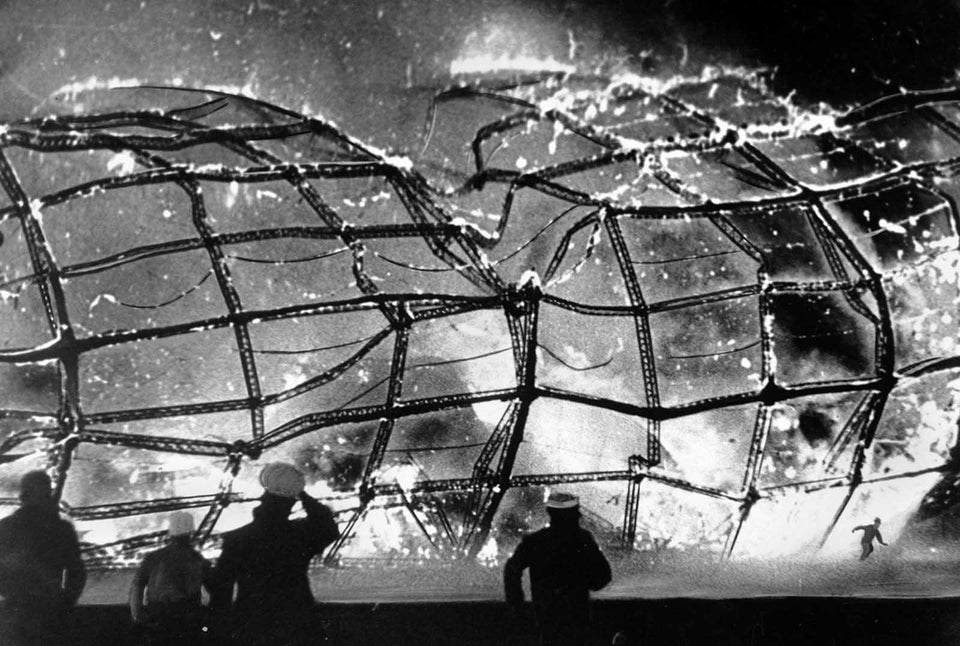 9. In front of St Margaret’s hospital, Darlinghurst, Australia, a nun runs to get medical attention for a young boy who had consumed his mother’s prescription medication, 1971. 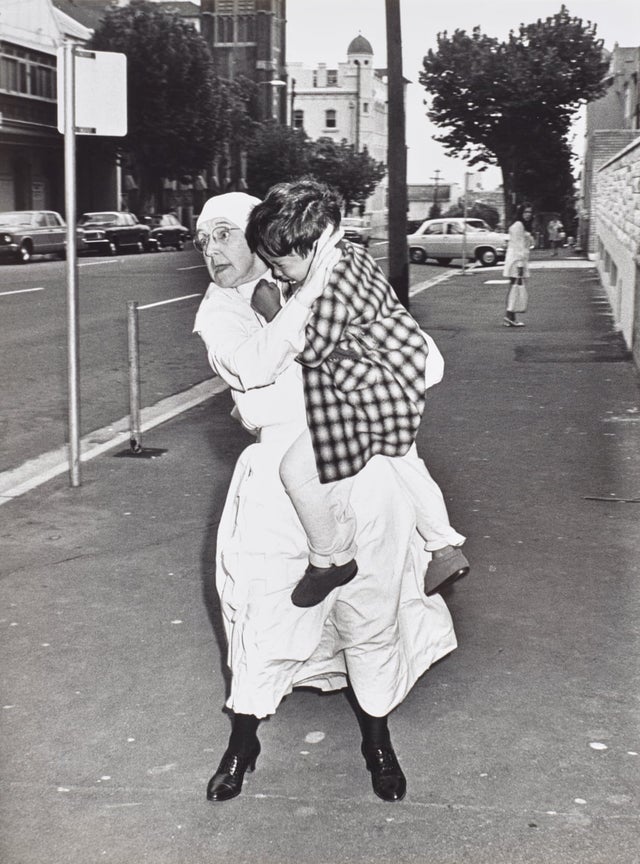 The photo was taken by Mervyn Bishop.

10. B-17 Flying Fortress crew members Gus Palmer (left), and Horace Poolaw (right), citizens of the Kiowa nation stand near their aircraft in 1944. 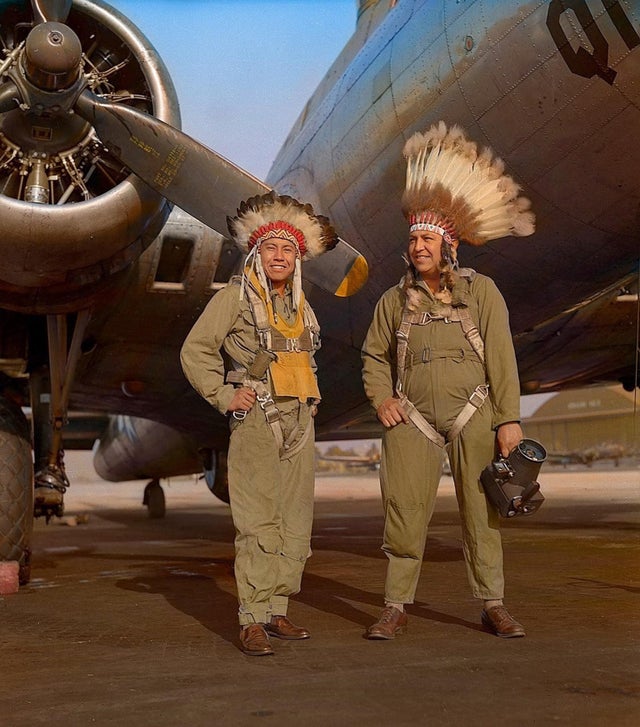 15 Facts About the Anglo Saxons