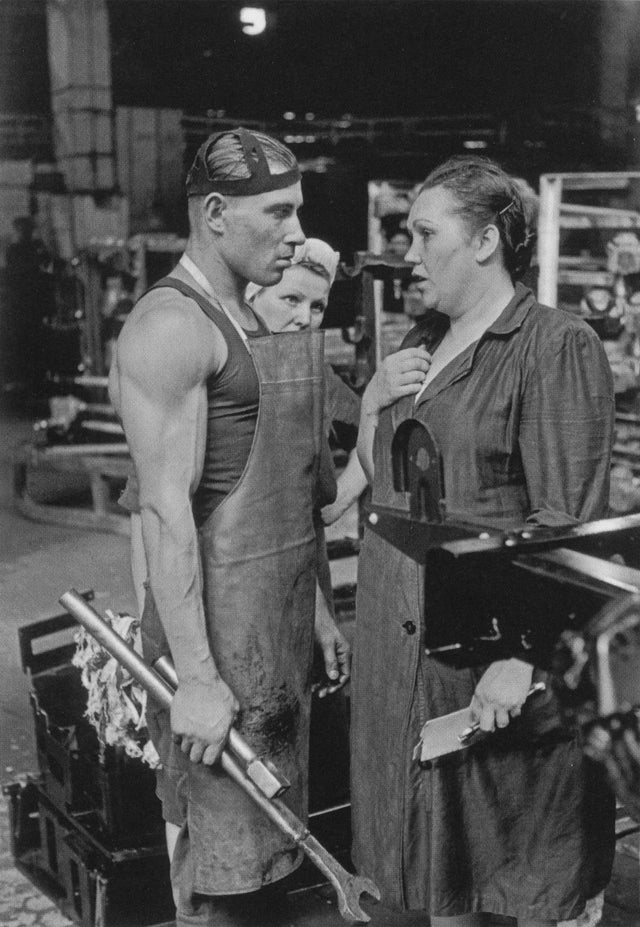 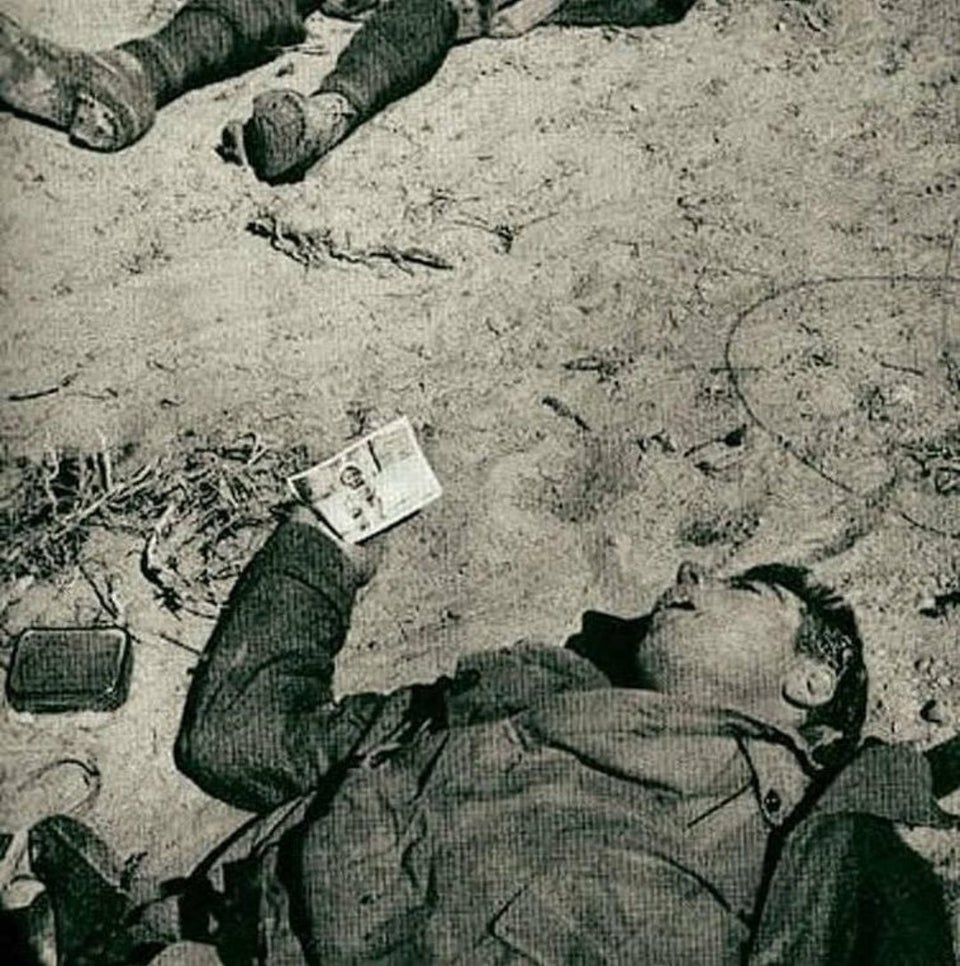 13. A teenage Bosnian fighter poses for a picture while taking a smoke break after a firefight, near the village of Guca Gora, Yugoslav wars, 14 June 1993. 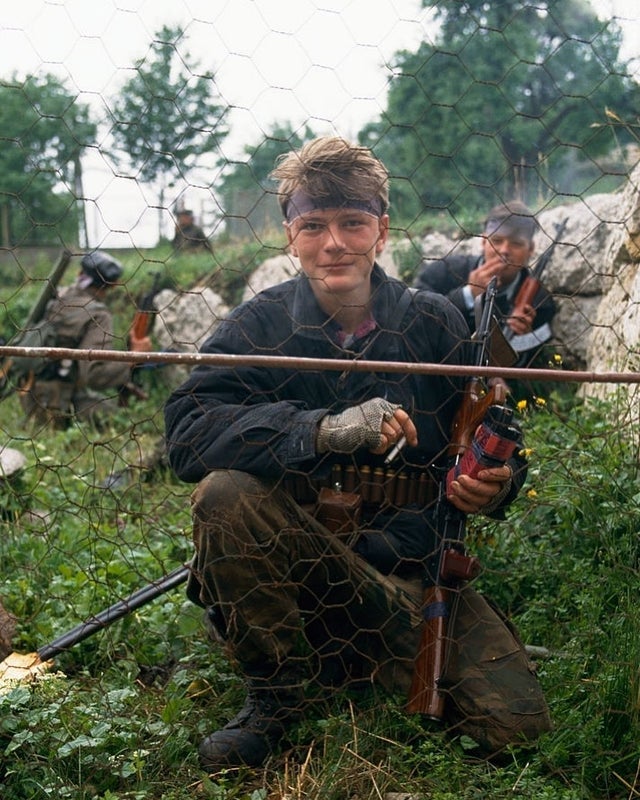 14. As a form of legal punishment in 19th century China, this man is forced to wear a cangue around his neck and rely on passersby for food, c.1870. 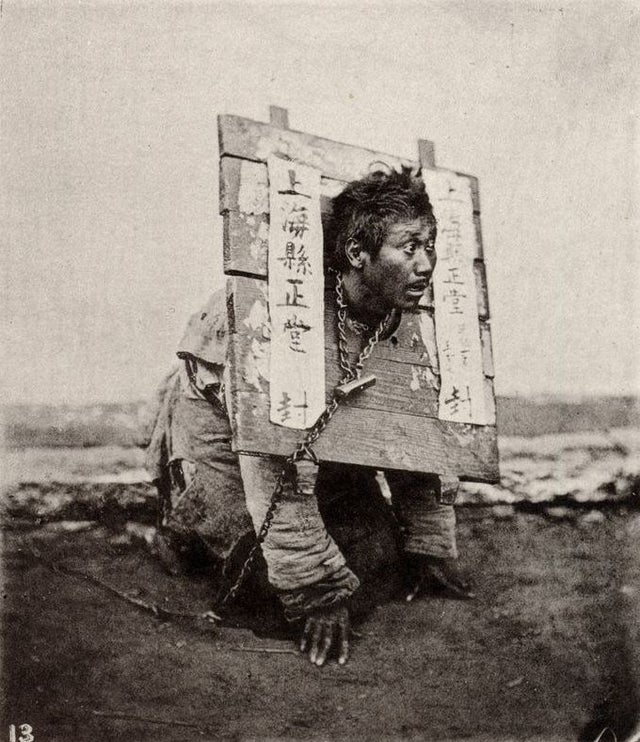 The photo was taken by John Thomson in Shanghai. 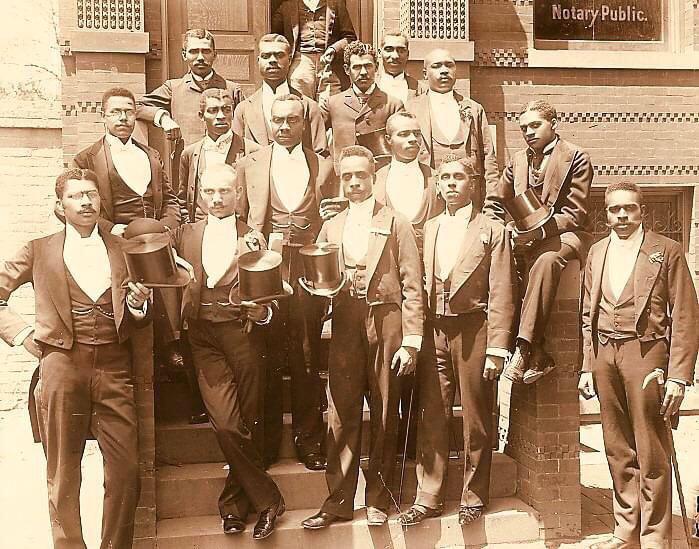 16. Himmler looks at a Soviet prisoner during a visit to Shirokaya Street Concentration Camp in Minsk, Belarus, August 1941. 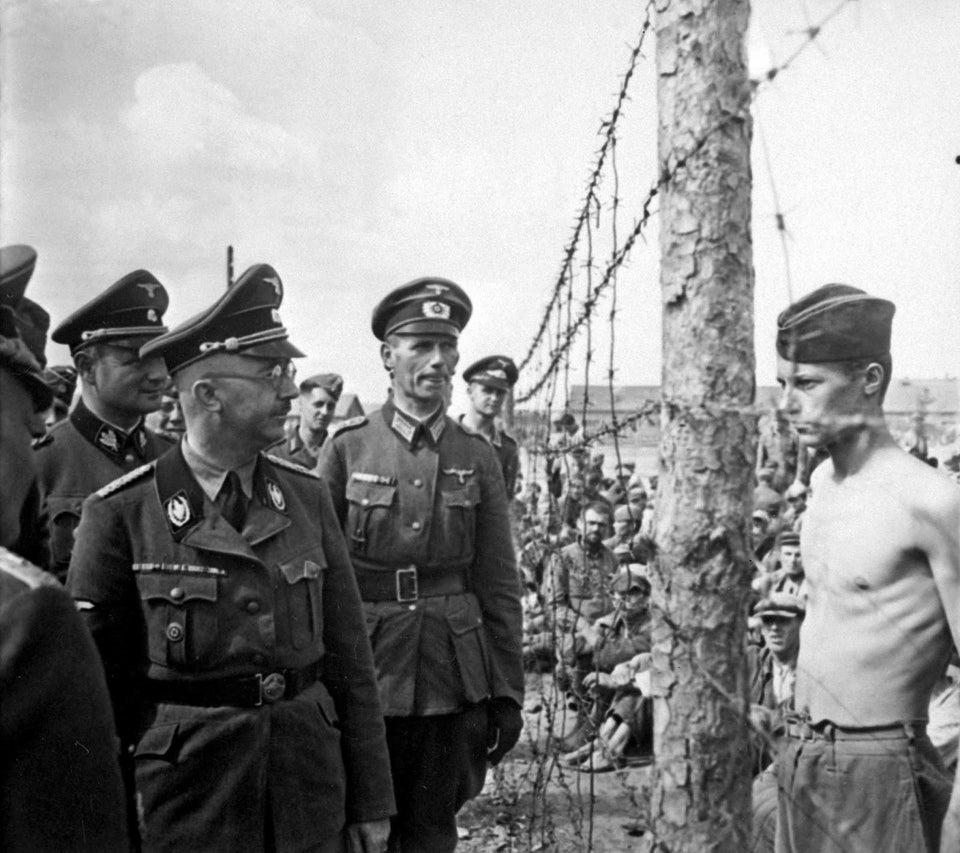 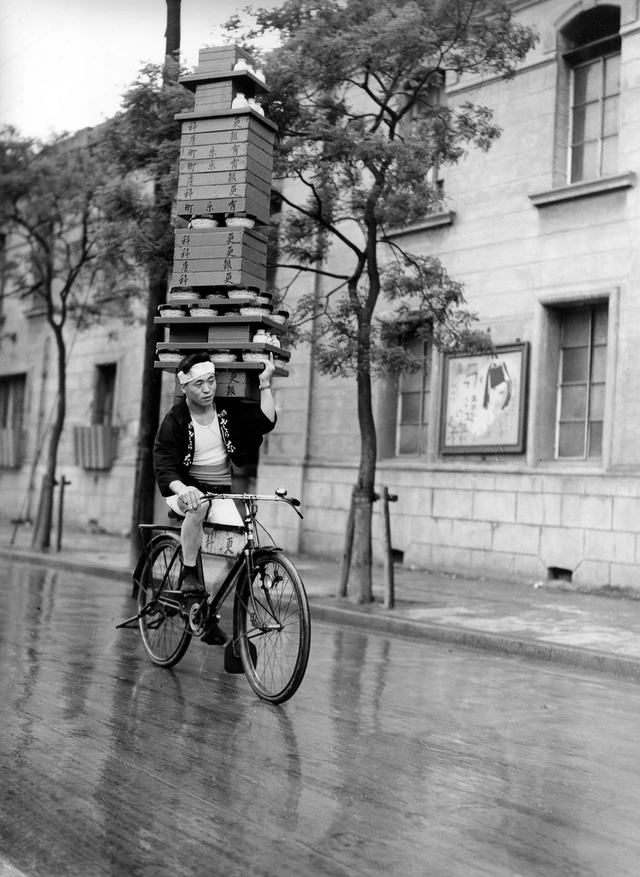 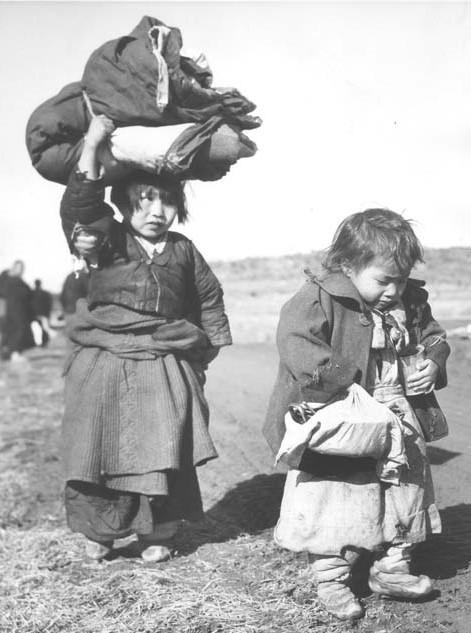 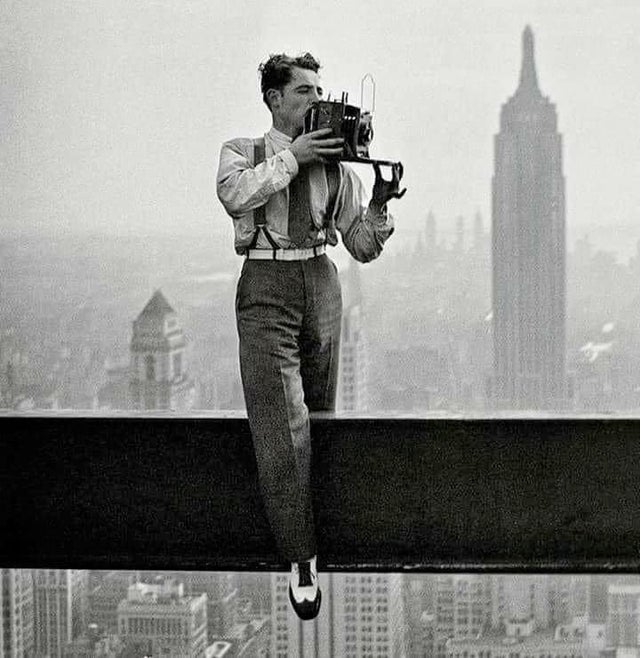 He was credited in 2003 with taking the famous *Lunch Atop A Skyscraper* photograph.

20. Emperor of Japan Akihito and Empress Michiko visit the Great Wall of China, 1992. 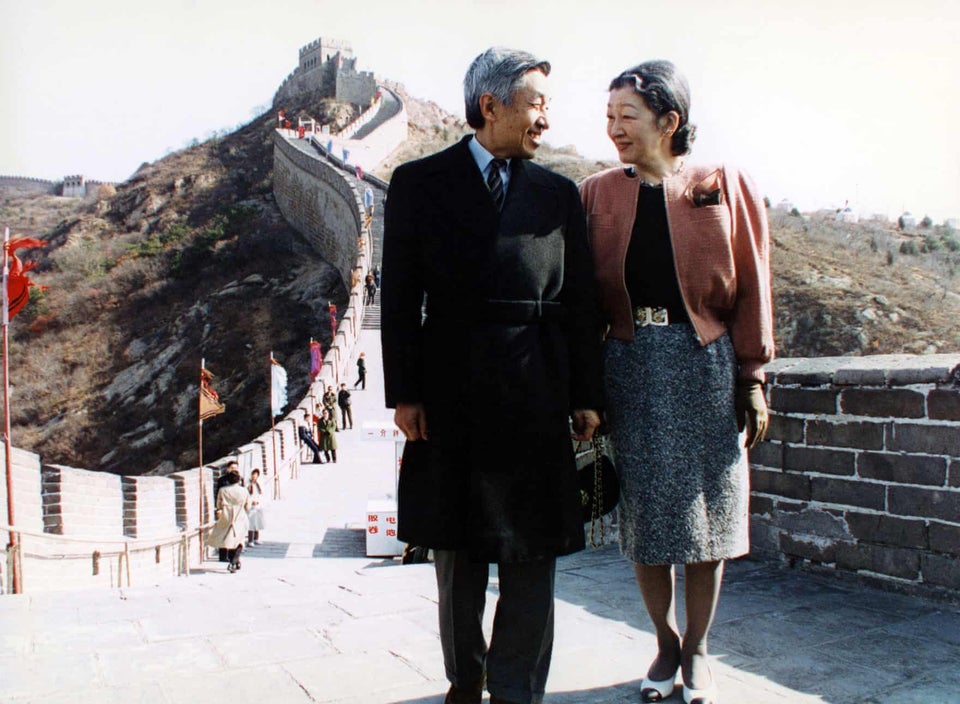