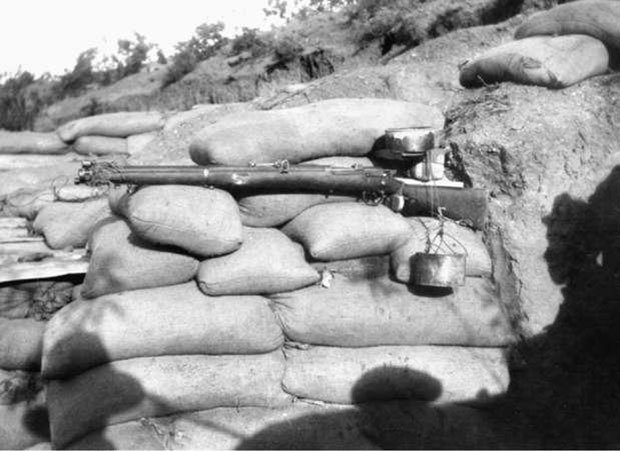 A self-firing rifle improvised by the Anzacs during their evacuation from Gallipoli, used to deceive the Ottomans into thinking that the Anzacs still occupied their trenches, 1915.

Fire was maintained from the trenches after the withdrawal of the last men, by rifles arranged to fire automatically. This was done by a weight being released which pulled the trigger. Two kerosene tins were placed one above the other, the top one full of water and the bottom one with the trigger string attached to it, empty. At the last minute, small holes would be punched in the upper tin; water would trickle into the lower one, and the rifle would fire as soon as the lower tin had become sufficiently heavy. Another device ran a string, holding back the trigger, through a candle, which slowly burnt down, severed the string, and released the trigger.

Such devices provided sporadic firing which helped convince the Turks that the Anzac front line was occupied long after thousands of men had crept down to the beaches and escaped. British generals estimated that half the force would be lost in any attempt to withdraw because the Turks could not fail to notice as the trenches were so close. In the event, the Turks were so deceived that 80,000 men were evacuated with only about half a dozen casualties. 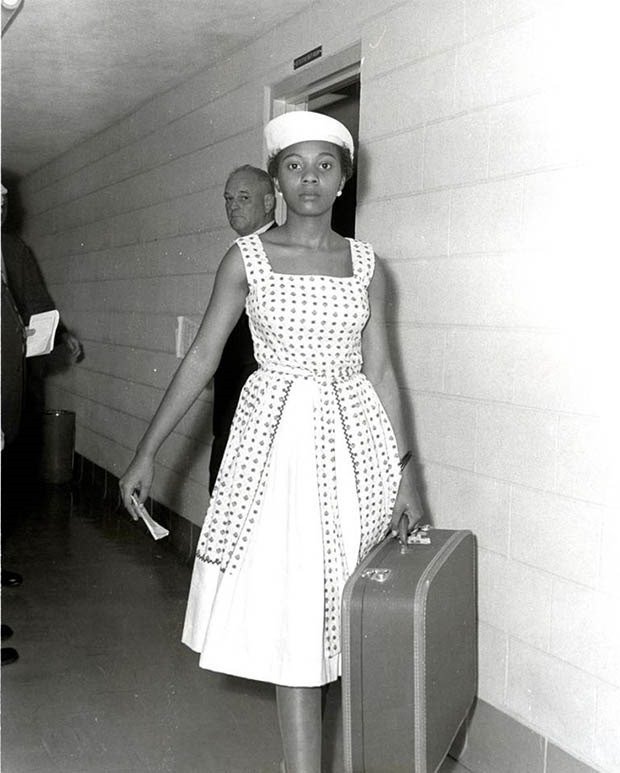 Voting activist Annie Lumpkins at the Little Rock city jail, July 10, 1961. This was from the Freedom Riders! These people were pretty badass. They rode all across the southern states, where racism was more than just some guy who “Hated the blacks.” People went missing, or were beaten, all kinds of stuff, and here is this bus full of people, black and white, just strolling around in all that territory. A lot of people who like history will know the Freedom Riders because of James Peck. He was a Freedom Rider who practiced pacifism, and was beaten within an inch of his life during an attack on their bus. He survived and died sometime in the 90s. 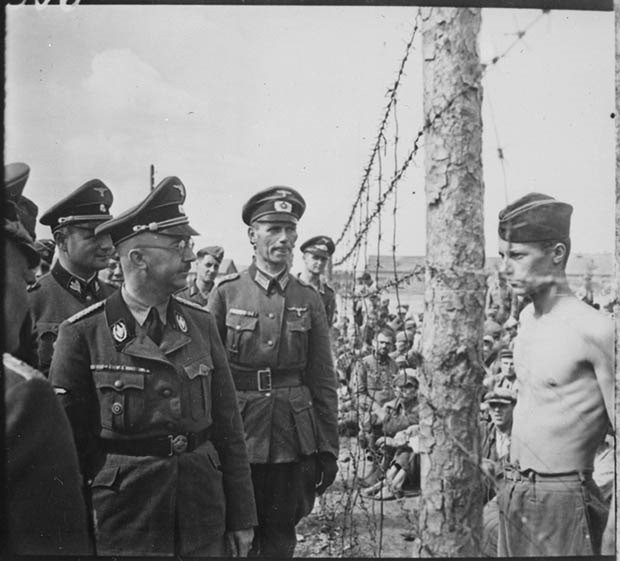 A soviet POW and Heinrich Himmler stare at each other during a prison camp inspection, 1941, Russia. He is usually identified as British POW Horace Greasley, although that is greatly disputed. Greasley accepted that credit however. As well as the credit for escaping his Camp more than 200 times to romance a local girl Rosa Rauchbach who was a Camp translator who hid her Jewish roots. As they had fallen in love in the Camp before he was transferred to Freiwaldau, an annex of Auschwitz, some 40 miles away. After 5 years he was liberated and returned to Britain. Rosa apparently died in childbirth shortly thereafter. 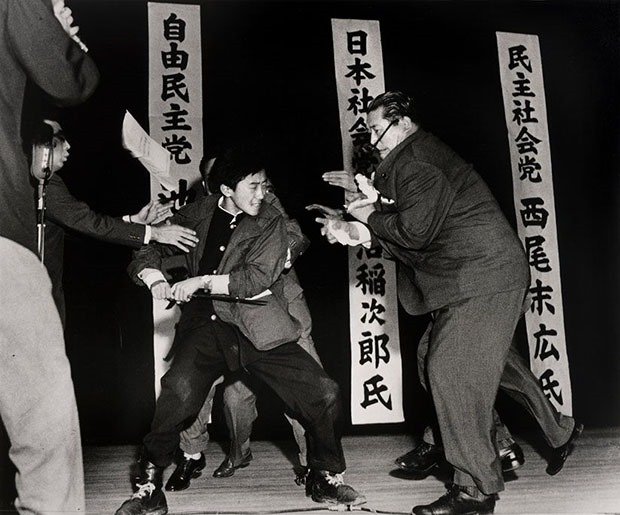 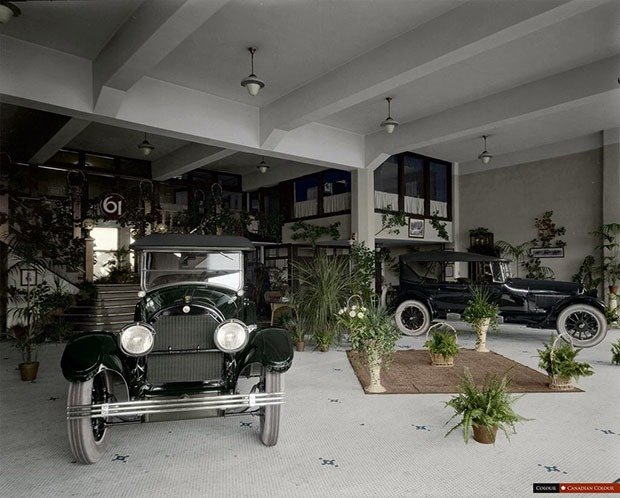 Colorized photo of Begg Motor Co. Showroom, a Cadillac dealership in Vancouver, 1921. Rubber is white and early cars normally had white tires. However, later it was found that adding carbon increased durability and had the side effect of making them black. 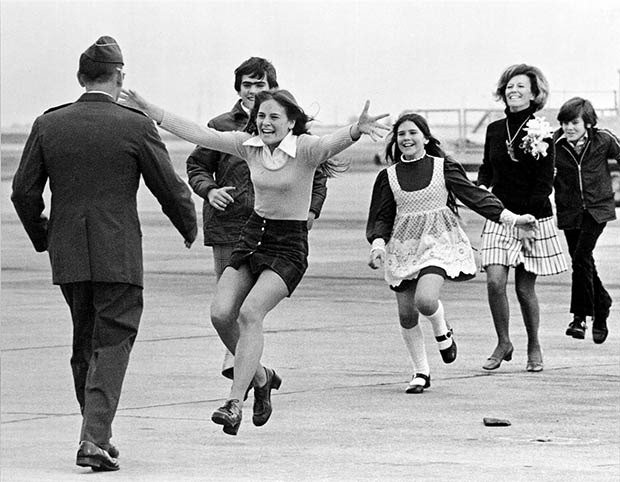 The darker side of the story is that his wife took $140,000 of his pay while he was a POW, took his two younger kids, house, car, 40% of his future pension, and $300 a month in child support. She had to pay back only 1500 of his money used on trips with other men. He fought and lost against her in court. He then had to live with his mom in San Francisco taking care of his older kids. 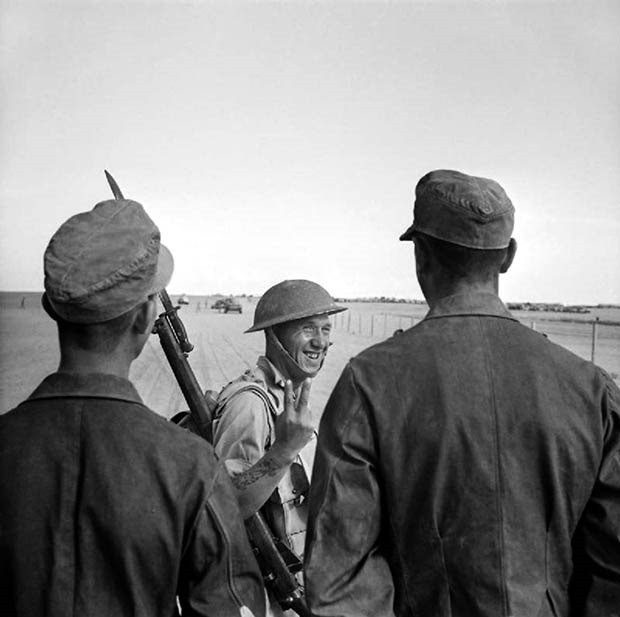 A British soldier gives a “two-fingered salute” to German POWs captured at the Second Battle of El Alamein, Egypt, 1942.

The “two-fingered salute”, is commonly performed by flicking the V upwards from wrist or elbow. The V sign, when the palm is facing toward the person giving the sign, has long been an insulting gesture in England, and later in the rest of the United Kingdom; though the use of the V sign as an insulting gesture is largely restricted to the UK, Ireland, New Zealand, and Australia. It is frequently used to signify defiance (especially to authority), contempt, or derision. The gesture is not used in the United States, and archaic in Australia and New Zealand, where the finger tends to be used in such situations instead. 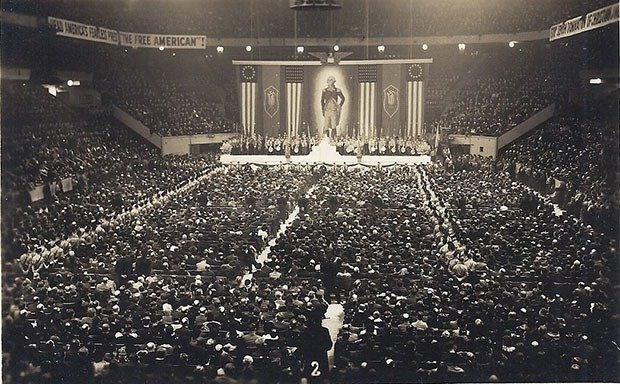 American Nazi organization rally at Madison Square Garden, New York City, 1939. The “Free American” (mentioned on a banner) was their English-language newspaper. The German government was embarrassed by these guys, and gave them no actual support. This rally was their biggest moment. Later that year, their leader was investigated for embezzling funds and tax evasion. 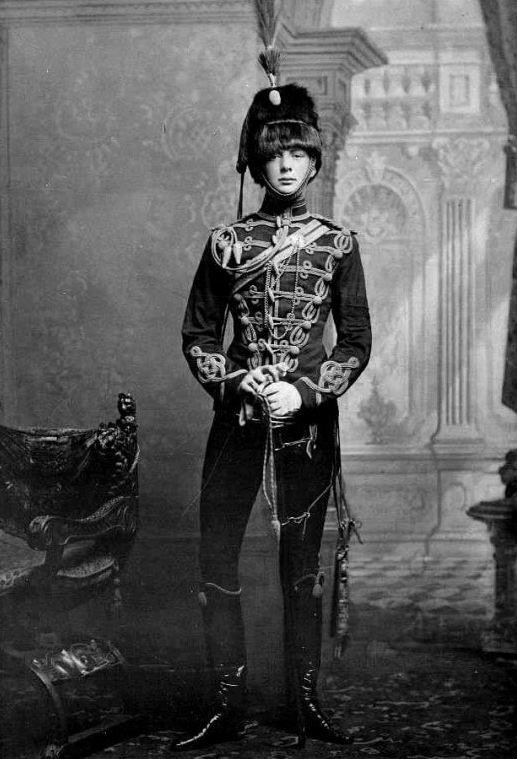 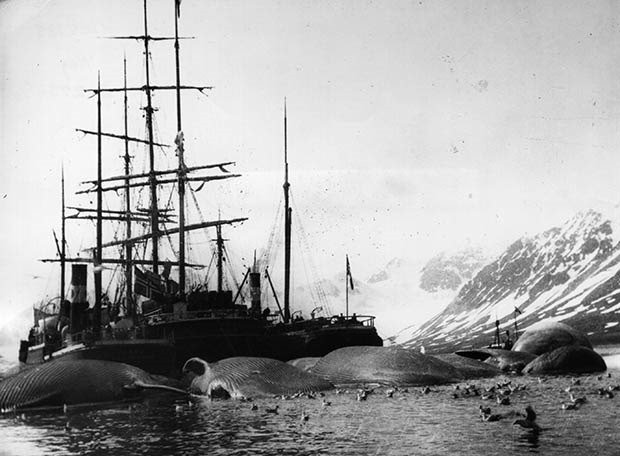 A whaling ship surrounded by several dead whales lying in the sea at Spitsbergen, Norway, 1905. 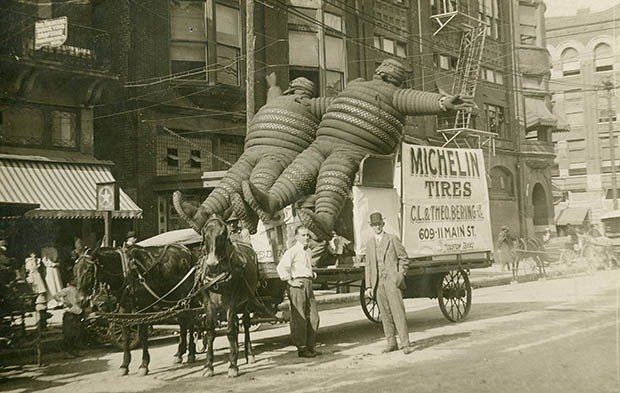 Michelin Tires advertisement in Houston, Texas with the original Michelin Men, 1910. The original Michelin man was actually white from the beginning, he was meant to resemble a stack of tires, which were primarily white during the time of the mascot’s invention. They started the Michelin Star rating for restaurants. Smart way to get people to use their cars (to visit good restaurants) thus wearing out their tires, and needing new ones. 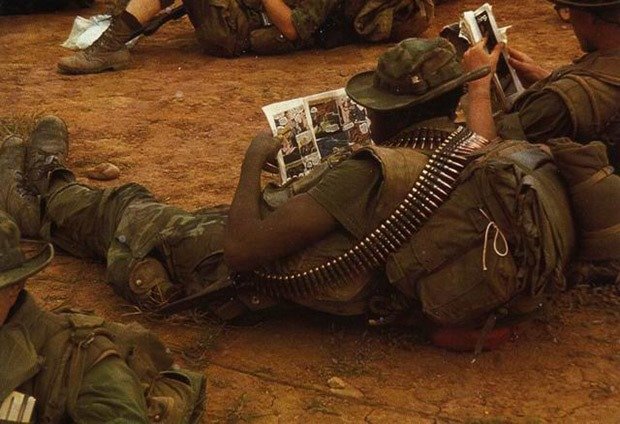 These Long Range Recon units had a good reputation during the war. Their job was to go out and locate the enemy for future operations. They would be inserted into an LZ (the chopper would do several false insertions to throw off enemy observers, on one of which the LRRP patrol would actually get off the ship). Once off typically they would run a short distance to some sort of concealment and stop, they would spend a length of time totally silent and listen for any activity in the area, then and when they thought no enemy were present proceed very quietly to a hide site where they would remain overnight (RON). Once in the site they would set up in a defensive perimeter, usually in a circle (they loved bamboo groves for this) or set up however the terrain allowed or predicated, lay out claymore mines and settle in for the night. This site might be near a trail(s) or bunker complex they thought, hoped, to be actively used.

Keeping silent they would mount a rotating guard whose job was to maintain communications via radio and to listen for activity and report what they heard. If there was something to report it was done in whispers on the radio, could be something as mundane as “0320 hours, dog barking, 200 meters south southwest.” or, interesting and full of potential danger “0400, Three NVA traveling south on trail at [coordinates given], 0415 platoon sized NVA traveling south.” This sort of radio chatter was kept to the minimum and mostly the radio contact was simply to “break squelch,” meaning the LRRP would key his microphone once, the soldier back at base who monitored the frequency would then answer with two clicks of his mike. This clicking back and forth was generally all that would be heard on the LRRP network, it was done on the half hour and a way to check in with base that all was good (so far). In the AM the lurps would (or might not) move during the day, observing and scouting as they went, to the next hide site, set up as before and spend the night doing the same thing in that site. This activity was repeated for however many days the mission lasted, generally three.

Their job was not to engage the enemy nor, if possible, to be discovered at all. They operated in small teams, generally six men, so too weak to go looking for a fight. If discovered though they might be quickly overran or end up in a running gun battle while attempting to escape to a PZ (pickup zone). My hat is off to these brave troopers. They did a dangerous job in a very dangerous place. They had to know their stuff and be extremely sneaky too.