1. A man guards his family from the cannibals during the Madras famine of 1877 at the time of British Raj, India. 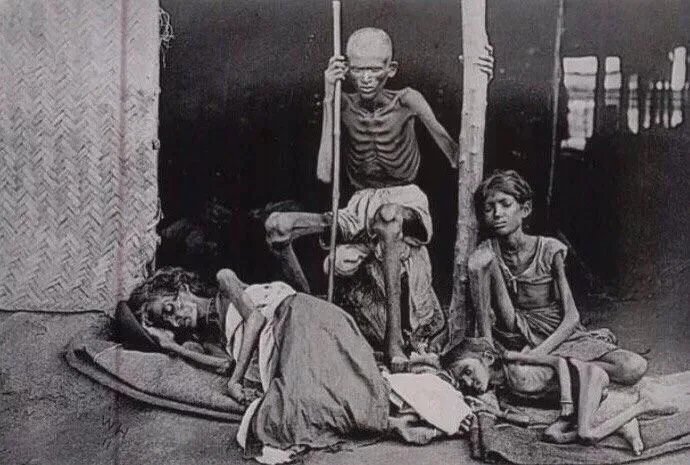 2. Indigenous children forced to pray to god in a residential school ran by the Canadian government and Catholic Church between 1930 and 1970. 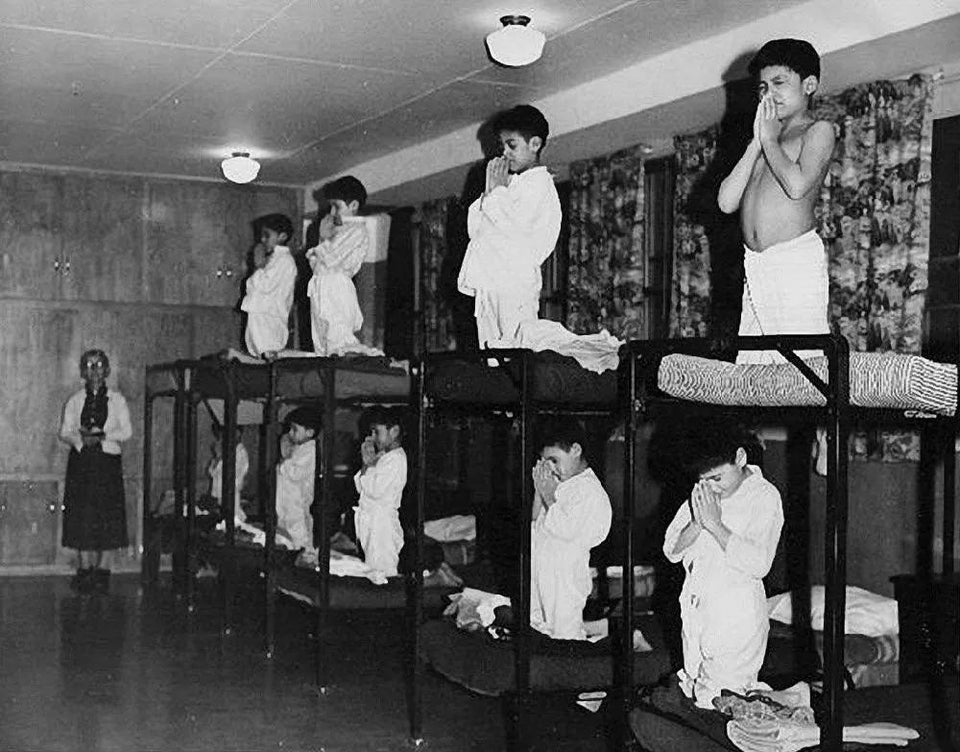 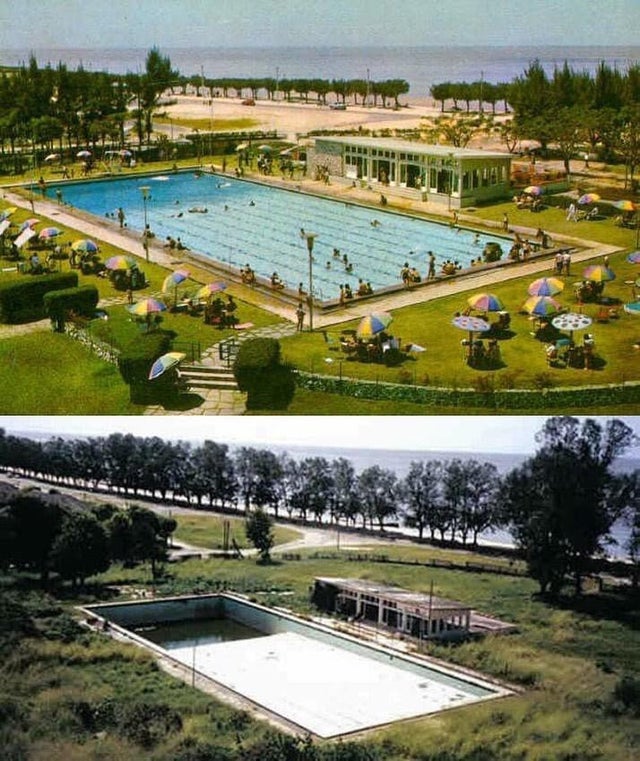 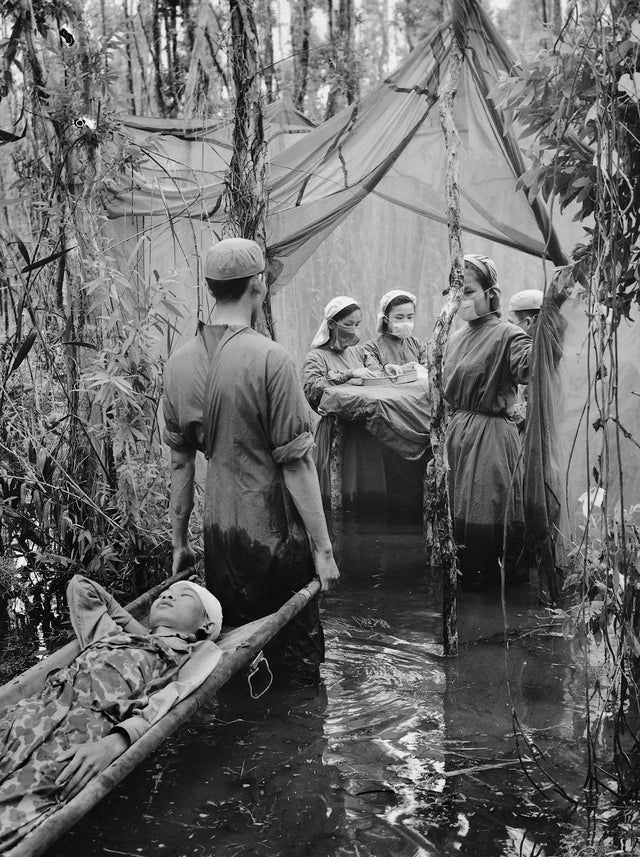 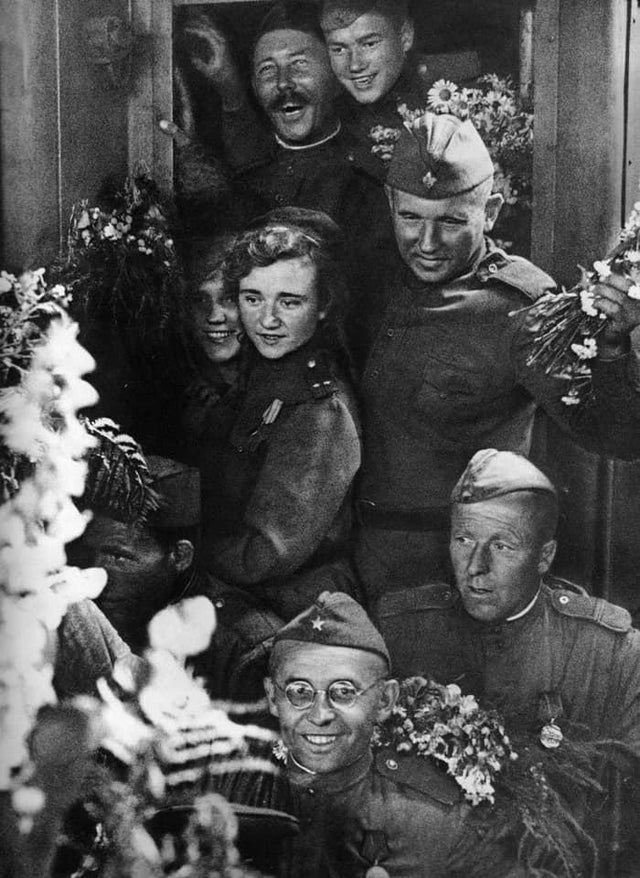 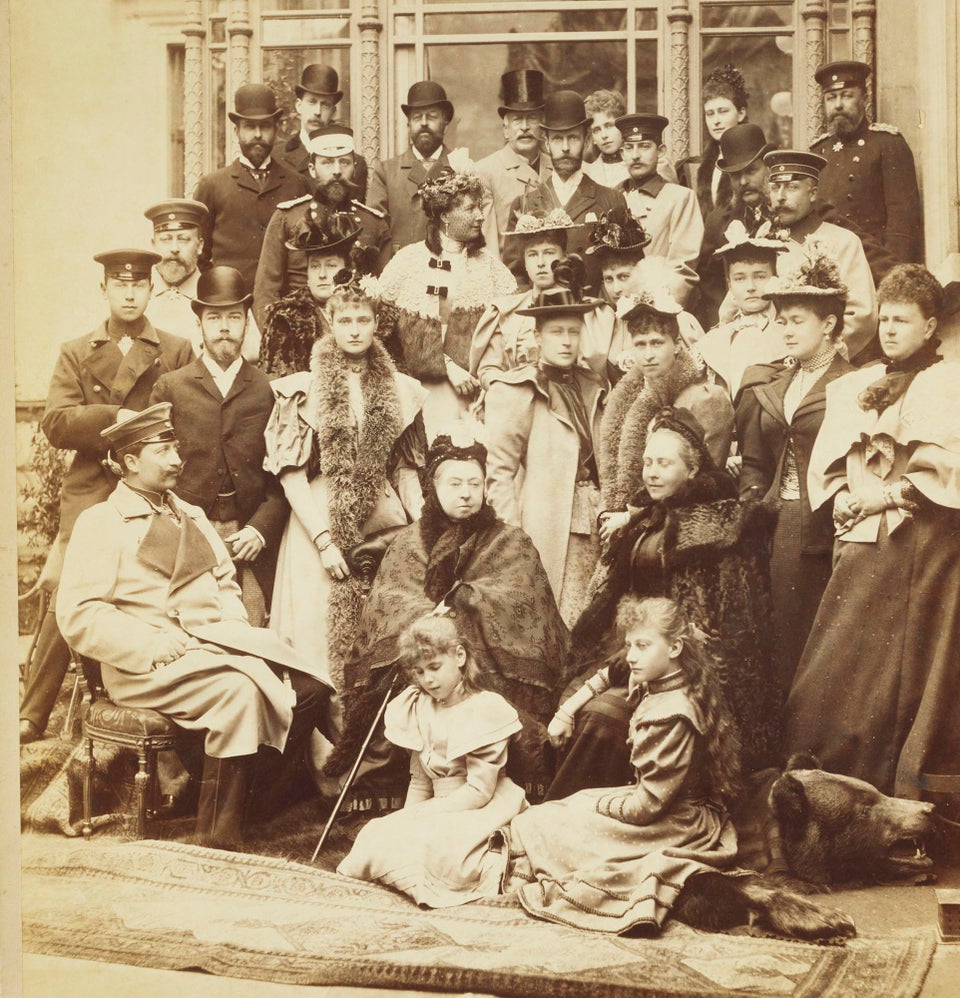 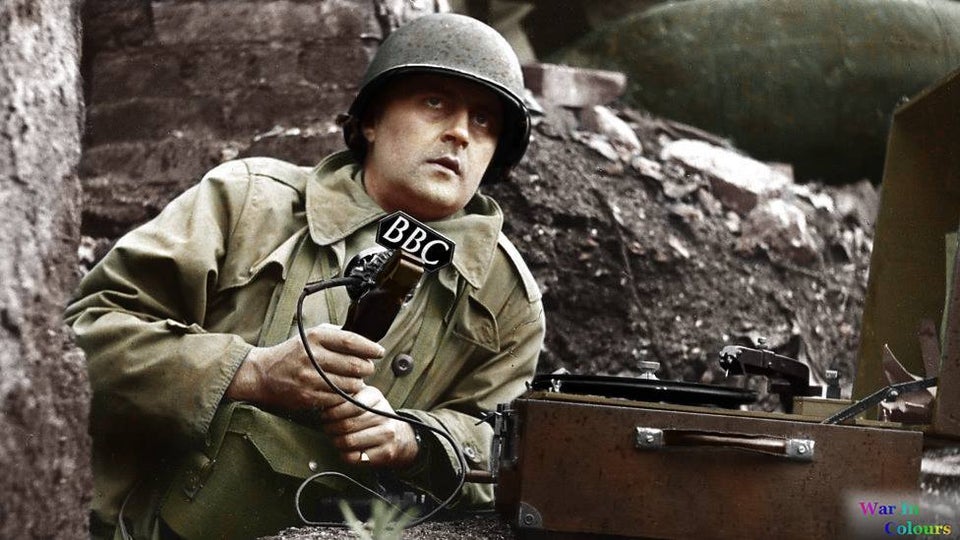 8. A South Korean soldier forcibly cuts a young man’s hair in front of others during a nationwide crackdown on men with long hair and women wearing short skirts in South Korea, the 1970s. 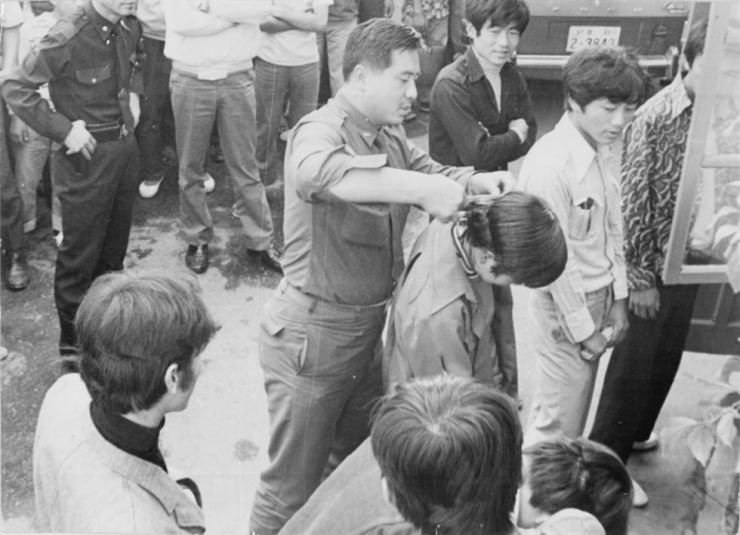 9. A Nazi DJ spins records at a trade show to promote the German record industry in 1932. 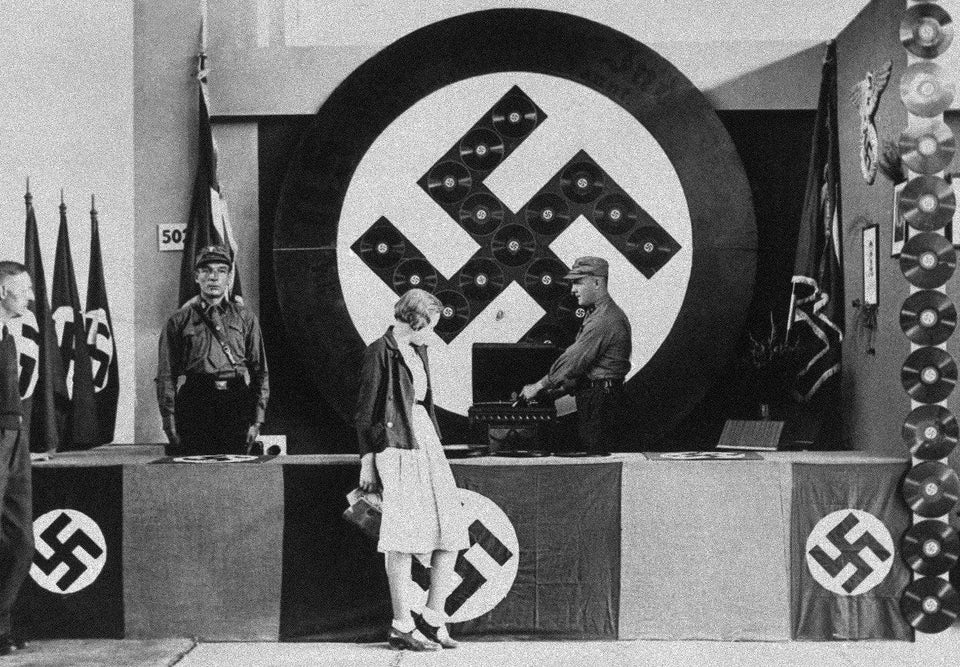 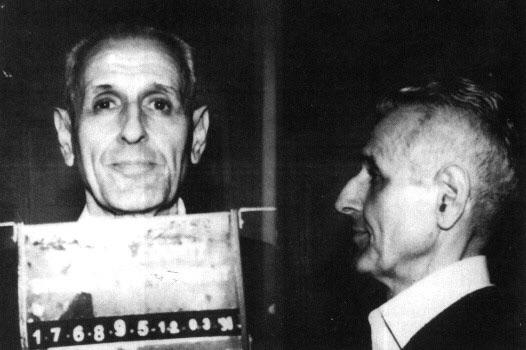